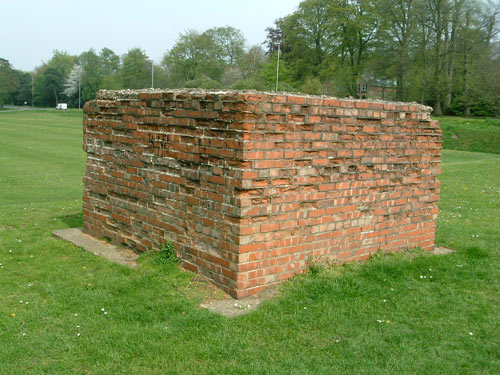 This very basic, unusual and rare Anti-Aircraft Defence Post is located centre of playing fields adjacent to the A325 Farnborough to Farnham main road.

During the war this gun emplacement would have given limited defensive firepower against low flying enemy aircraft attacking the nearby Army barracks and stores.

The remaining brickbuilt construction measures 10ft x 10ft and is just over 6ft high and is basically half of a type 23 pillbox.

It is built upon a very substantial concrete base, the box has no means of access or any remaining evidence of such and its top wall edges have a rough concrete finish all the way around.

Inside the metal machine gun mount pole can still be seen, i believe this would have supported either a Bren or Lewis machine gun. 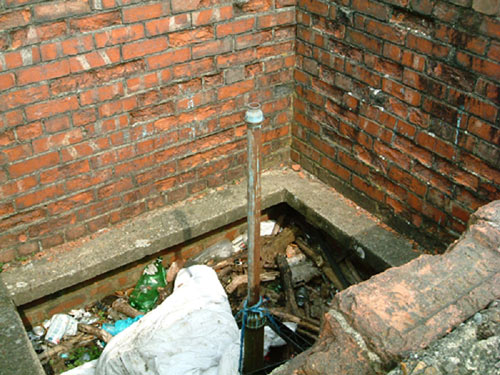 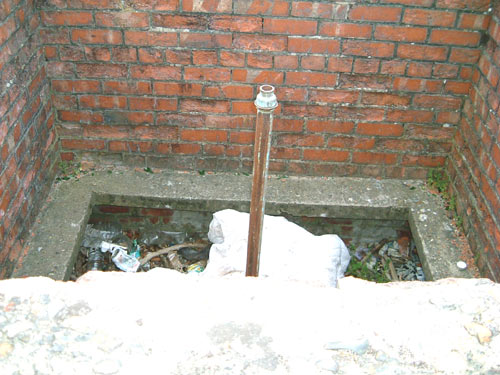 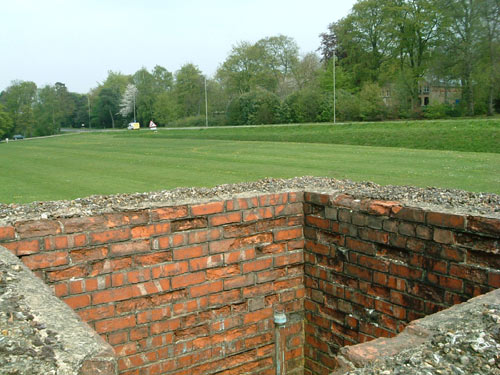 Around the lower inner edge a 10/12″ wide concrete shelf appears to run around the inner perimeter, this ledge is positioned about a foot above ground level, a small opening at the bottom of one wall acts as a drain.

Scratch mark lines can be seen upon some of the bricks inside. This may have been to do with some sort of scoring caused in times of action or just general activity by the troops.

This is one of very few remaining WW2 defences that survive around the Aldershot area.