A Preserved Spigot Mortar Base 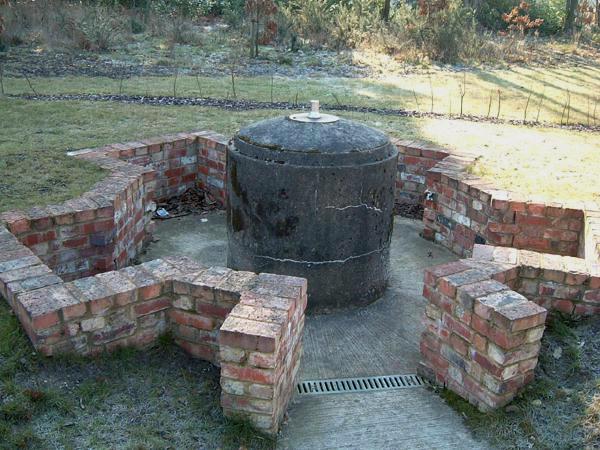 Preserving WW2 defence remains is unusual but not unheard of but this is an exception where time and trouble has ensured history has been saved for future generations.

During development work on the new Elvetham Heath estate at Fleet in Hampshire the contractors found the hidden and forgotten Blacker Bombard emplacement overgrown by rhododendrons, as the main entrance to the development was going to be cut through the woodland it was decided to remove and locate where it would be preserved as a part of local history. 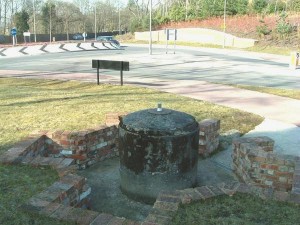 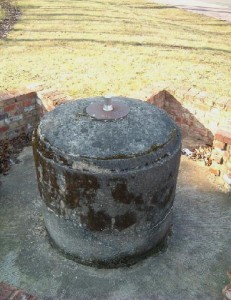 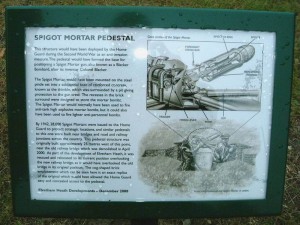 The spigot mortar emplacement now stands at the edge of the pavement close to the junction with the B3011 Road and Elvetham railway bridge.

A new built surround is representative but not totally correct, an informative information board stands beside the base.

Several Spigot Mortar bases can be found in the area but this is probably the most well known and seen with hundreds of people passing by each day.