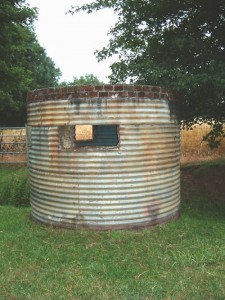 Close to Heckfield Bridge near Bramshill in Hampshire are two very original and sound surving  type 25 pillboxes. The full height example which can be easily seen from the road  has its inner and outer galvanise steel shuttering and the retaining bolts holding the sheets together are still in place. Internally the box seems to suffer from condensation but is in remarkable order and it appears it may have had a coat of paint internally hiding its original galvanise finish.

The three loopholes have original wood shuttering and what seem the possible gun pivot points.

The large square rear entrance is placed halfway up the rear and is easily accessible.

The roofline is made of a double coarse of brickwork which has also survived very well. 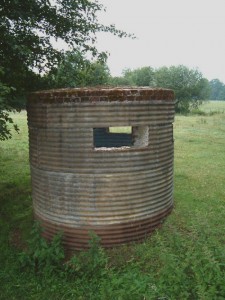 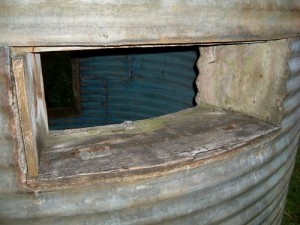 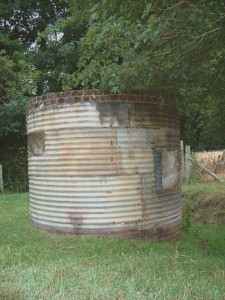 The box appears to be based on a substantial concrete foundation which is perched on the edge of a dry drainage ditch.

A short walk along from this example is another one (map ref su741610).

This Armco is set to the edge of a bank and is half the size of the previous box. As with the other one it is in remarkable order throughout, but this one still bears its original makers stencil internally. 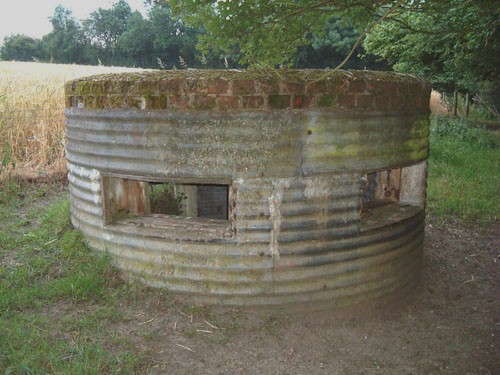 It reads very clearly Armco a39, ingot iron, manufactured by the American Rolling Mill Co, Middletown, Ohio. It also has 2oz coating stencilled on it along with a date of 3-10-31.

The rear entrance is now partially obstructed due to angle of the bank, but the woodwork and internals are both dry. 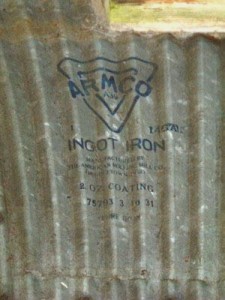 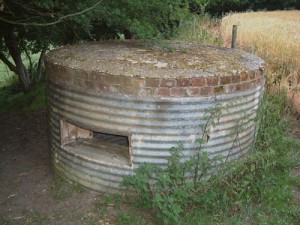 These two pillboxes both overlook the River Whitewater and formed a weak defensive section of this GHQ line.

Note: Both pillboxes are situated on private farmland and permission to view is essential.