Henry Wills seminal book Pillboxes, A study of U.K. defences 1940 is where much of the interest, there is today in pillboxes and other defences, really began. He wrote to over 200 newspapers all over the country. Responses were numerous and the first nationwide survey of surviving WWII defences got underway. 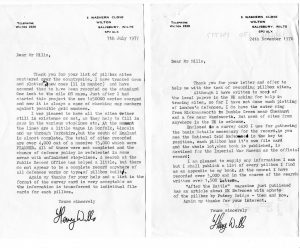 Those who wrote back to Mr Wills received survey cards as below in return and the data was compiled from these cards. As you can see from the letters above the work began in 1976 and the book was finally published in 1985. 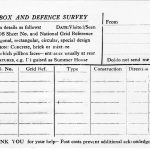 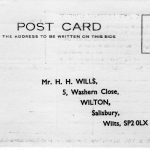 Pillboxes – the book that started it all!