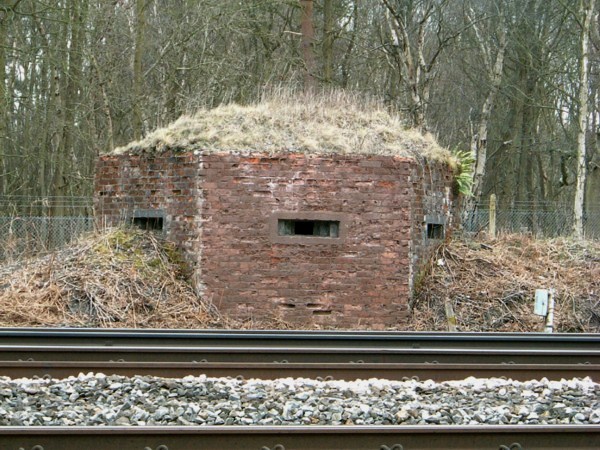 This type 22 variant pillbox situated alongside the main south coast line at Cove near Farnborough would have given all round fire  covering the adjacent railway bridge and Cove Rd.

Its position is close to Fleet Pond bridge and also faces northwest on to the A3013 Fleet to Farnborough road, as well as defending the four track main London to Bournemouth line its rear loophole covers the old road that once ran to Pyestock and the back of the RAE at Farnborough.

This type 22 is not accessible as it is on railway property but its rear can be viewed from the public footpath and cycle track where you can get at close view of the low entrance protected by a small brick blast wall, as well as having its original turfed roof the defence still has several of its metal loophole flaps. 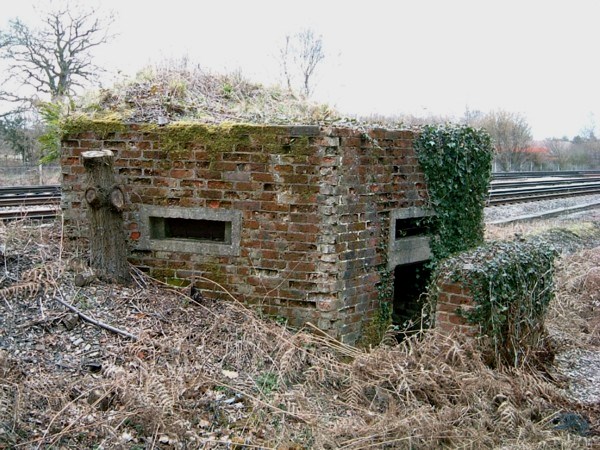 The pillbox was once formed part of the outer ring of defences to protect Aldershot Garrison, two more pillboxes survive next to the railway in the Farnborough area, a Type 24 can be found in the allotments covering the railway bridge at the junction of Prospect Road and Union Street. 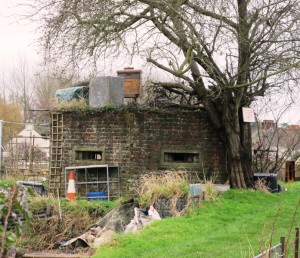 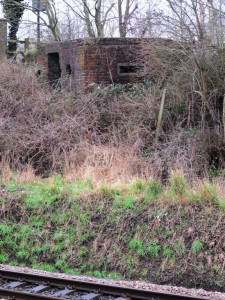 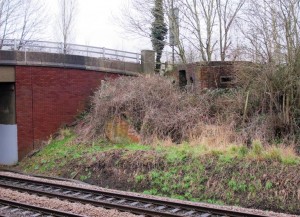 A further Type 24 with metal shutters still stands at Coleford Bridge Rd defending the Guildford to Reading line and Blackwater rail and river bridge which was rebuilt during the late 1980s. Two more pillboxes defended the railway in Farnborough both now demolished, one at North Camp Station removed in 1987 and another at West Heath roundabout removed in the late 1960s.