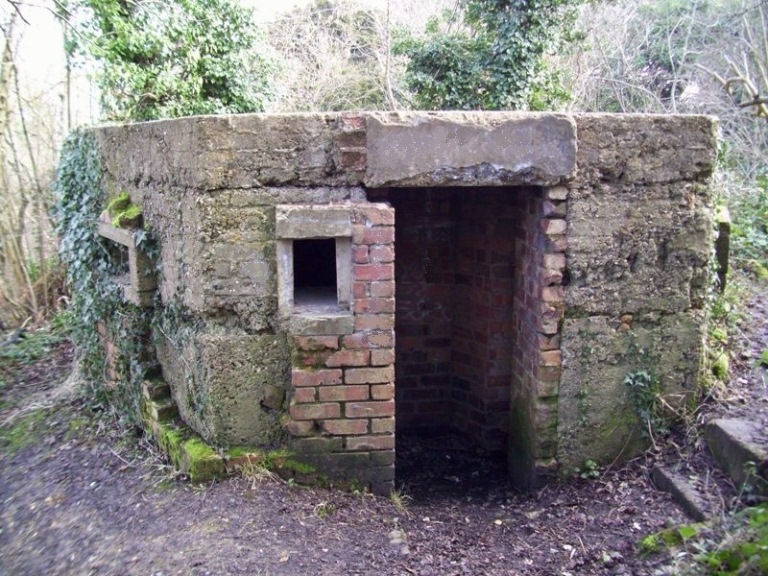 An un recorded part of the east defence ring for Aldershot survives on the old and row removed rail line at Tongham.

Early 2009 i walked the footpath where the Ash Green  to Aldershot spur line once ran, this is now a public footpath and cycle way. Close to Tongham i came across two rows of Dragons Teeth running up both sides of the embankment, i climbed up the north side to find a small type 22 pillbox sitting at the top of the bank. 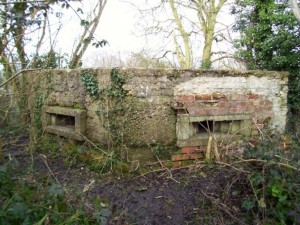 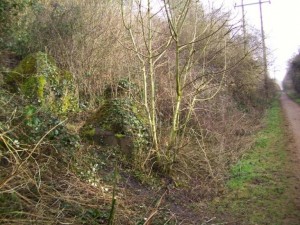 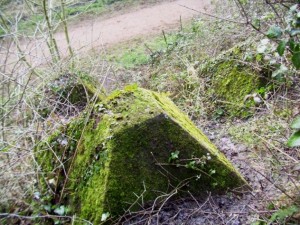 The bulletproof FW3/22 faces north, generally it is in poor condition with shuttering coming away on several of its walls, the pillbox has a step down entrance and cast embrasures which are 30″  wide, a single small loophole covers the entrance.Internally the defence features a Y shape inner blast wall, internally it is poor condition with graffiti and rubbish, from the edge of the embankment there are four Dragons Teeth running down the slope, the opposite bank has three. 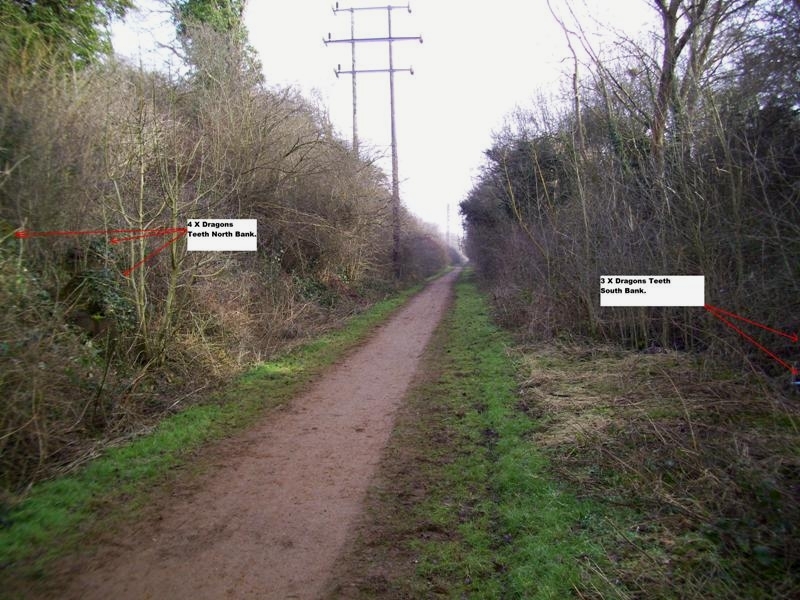 View looking east along the disused railway showing postions of Dragons Teeth either side.

The Dragons Teeth would have originally formed part of  Rail Block with the pillbox defending the obstacle from a higher vantage point.

Post war a housing estate has been built up to the south side embankment where during late 1940/41 an Anti-tank ditch was cut across the facing fields from the Hogs Back A31 to the embankment and Dragons Teeth in effect closing a possible weak spot in the defences.