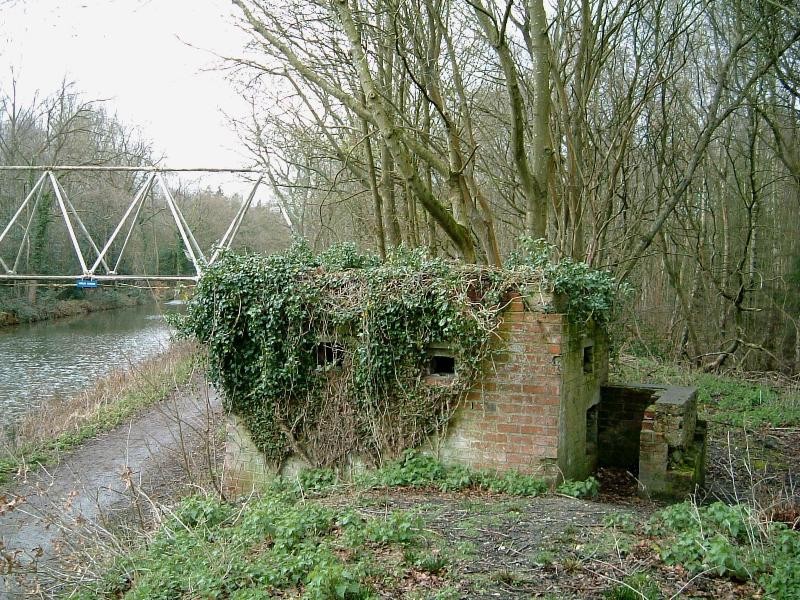 Sole survivor of its type beside the Basingstoke Canal towpath

An unusual small rectangular pillbox can be found beside the Basingstoke Canal to the west of Aldershot military town.

The small pillbox has a twin embrasure front wall which faces south east covering the A325 Farnborough to Farnham Rd and Canal bridge. 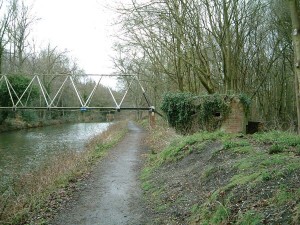 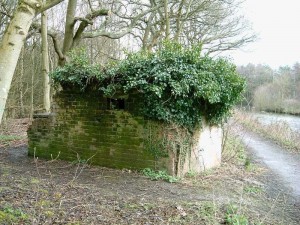 This example is a rare and possible sole survivor of its type in this area; it was originally built as part of the GHQ Line defence ring around Aldershot. The box was built to bullet proof specification and measures 11ft by 8ft, its crawl in entrance is shielded by a half height L shape blast wall and a loophole fires out over this. The towpath facing wall has a single loophole as does the rear wall but this is positioned off centre. 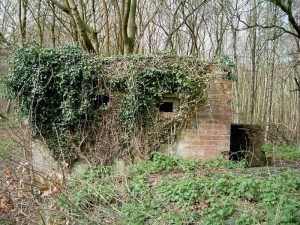 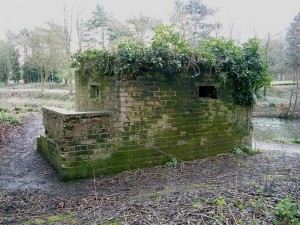 Until the 1990’s, a similar pillbox example survived beside the Eelmoor bridge close to the end of the RAE Farnborough main runway, another pair covered the road block at Claycart Bridge and a further rectangular defence stood close to Norris Bridge further west, all have now disapeared through road, bridge and junction alterations or for other un explained reasons.