Many people will recognise this unusual building as one that features on the cover of Henry Wills “Pillboxes” book.

The camouflaged pillbox sits in the garden of the Mill House and covers the bridge over the River Beaulieu in Hampshire, before it was converted it was used as a dairy house to store milk and make butter. 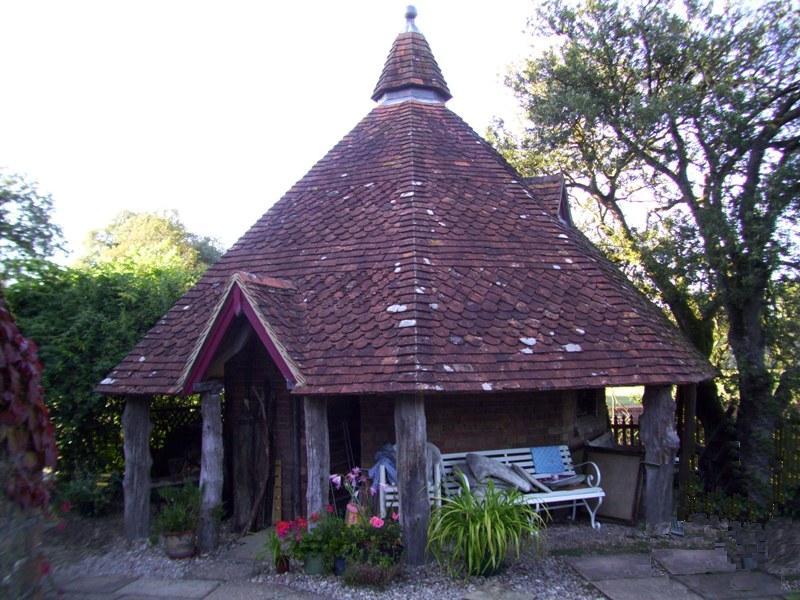 The ancient “listed building” has a distinctive tiled roof supported around the edges by wooden posts, the house was constructed octagonal and built with red brick; internally it was adapted into a fortified position and features three concrete loopholes. Each embrasure sits immediately behind the original lead light windows, a section of glass is conveniently removed in front of every loophole. 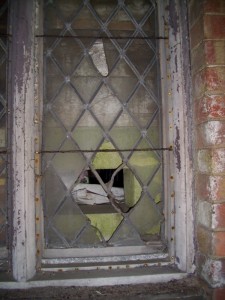 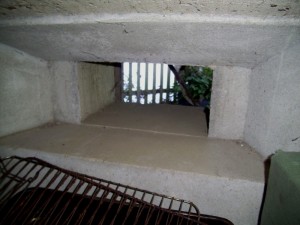 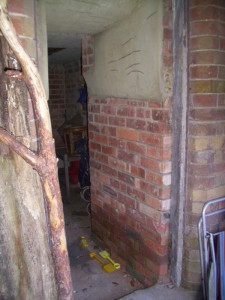 To give the occupants protection from attack the wall thickness was increased, this reduced the interior to a small confined square with firing positions in line with the entrance as well as one on each side. A concrete roof was formed internally by wood shuttering; this was built to about a foot thick. The entrance was reduced in height but has since been returned to its original build, the doorway was originally protected with a low blast wall.

I was kindly given access and information on this defence by the proprietor, i was also shown a loophole hidden away in the courtyard of the mill, this faces south and would have covered the approach to the road and bridge. 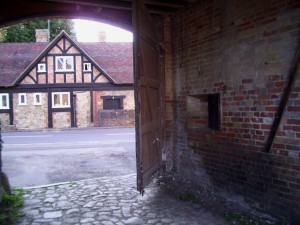 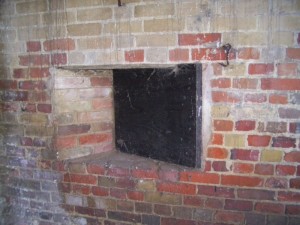 A further defended building can be seen opposite the mill house with loopholes in both sides covering the road in both directions, currently this building is being used as a studio. 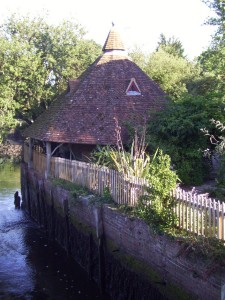 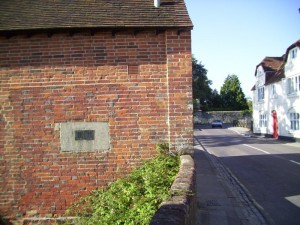 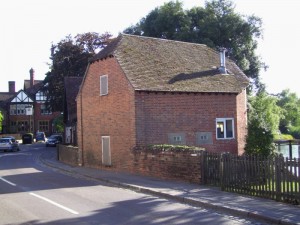 A short distance from the courtyard adjacent to the path leading from the road is an unusual rectangular pillbox (ngr SU387022) this has double embrasures on one side facing towards the river, i was told it had been adapted as a storage unit. 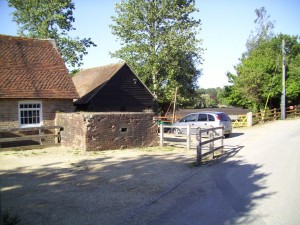 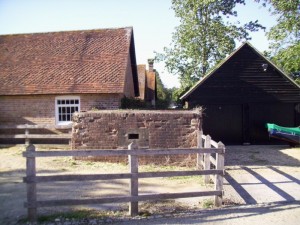 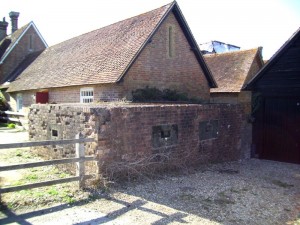 Thanks to Mr and Mrs Phipps for their hospitality and showing me around.