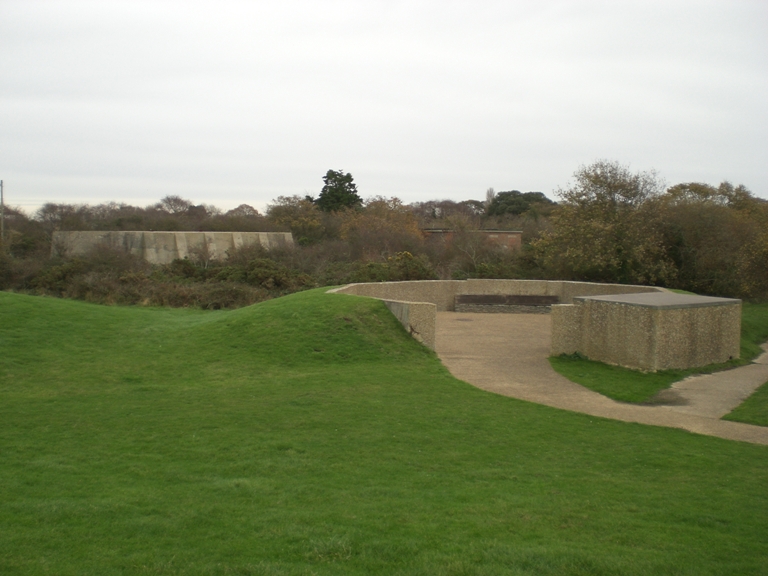 On Sinah common at Hayling Island in Hampshire (map ref SZ699994), a Heavy Anti-Aircraft Battery has been preserved as a memorial to the six gunners that died defending the Portmouth area from a heavy air raid that took place in April 1941.

The men belonged to the 219th battery (57th Heavy Anti  Aircraft regiment) that manned the 4.5 inch Naval guns based there. The names of the gunners can be seen on a commemorative plaque now mounted on a wall inside one of the remaining emplacements.

Sinah common was chosen as a defensive site because it was connected to a “Q” decoy area that had the purpose of drawing the German aircraft away from their intended target of the City of Portsmouth and its naval base.Fires at the “Q” sites were lit from a control bunker at Portsdown Hill near Portsmouth turning decoy structures on Hayling Island into flaming masses, this fooled Luftwaffe crews to drop their bomb load on what they believed was Portsmouth, but was in fact an open area north of Langstone Harbour along with Sinah common and Farlington marshes in the hope of reducing military hardware and civilian casualties to a minimum. 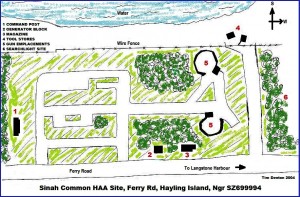 The site is now a peaceful picnic area and walking along its existing concrete roads remaining parts of the site can be easily inspected.

Two of the three gun emplacements (5) have been well preserved, a further not accessible with (4) lockers and a further magazine (3) lays behind the fenced off area to the south. 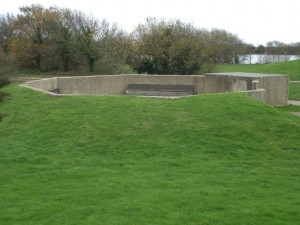 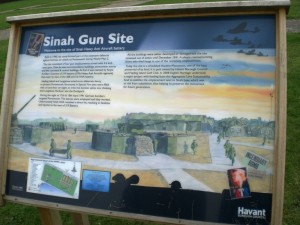 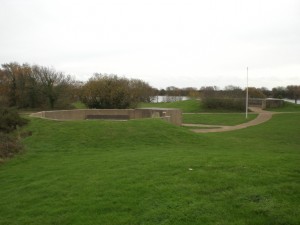 The inaccessible (3) magazine is visible behind the fence and was subject to stabilisation conservation work funded via English Heritage and by the Havant Borough Council and The Hayling Island Golf Club which own the land. 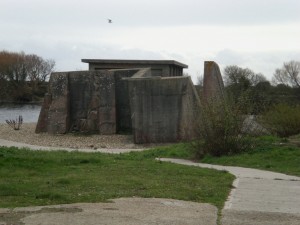 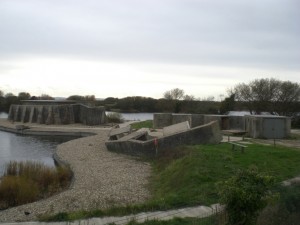 View of unstable emplacement and lockers 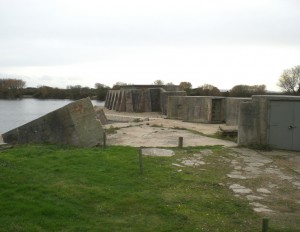 View of tool and ordnance lockers and ruined emplacement 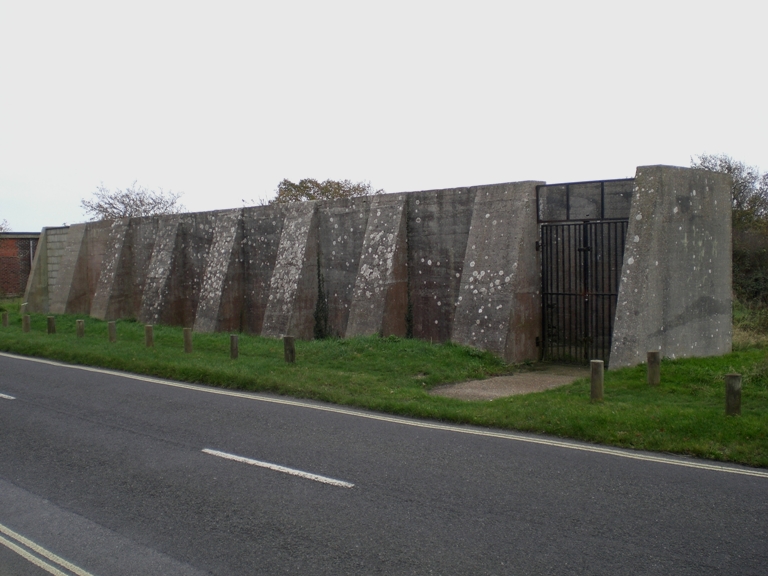 Close to the roadside is the large and buttressed wall magazine (3).This is an interesting structure but is inaccessible with a locked gate, the ammunition rooms can be seen looking through the gate. 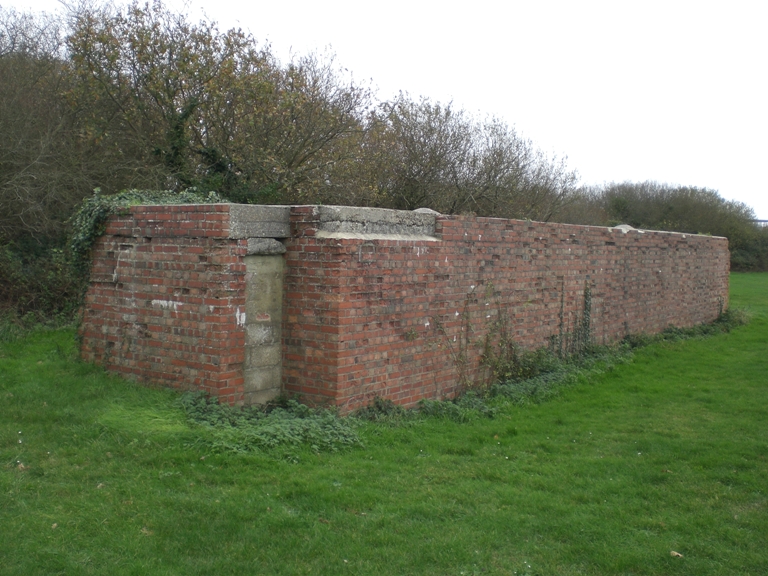 A short distance from this is the generator room (2). This brick built building has possibly been modified from its wartime appearance. On the far eastern side of the site the low brick built control room still stands amidst the undergrowth, its entrance doorway is now sealed. On the roof the original wartime mushroom shaped air vents are still in place. 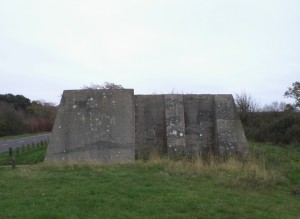 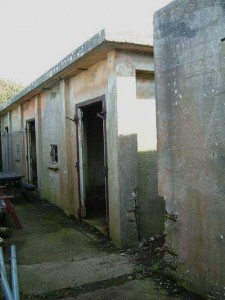 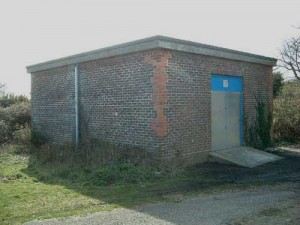 Situated around the existing concrete roads were once situated a sergeants mess, a NAAFI, a dining hall and two section huts along with the parade ground. All evidence of these has since disappeared, as has the remains of the searchlight site base (6).

An information board can be found with some history, pictures and personal recollections of the base during the wartime years. This interesting site is well worth visiting, and is easy to find if you are in the south coast area.

Original 2004 article revised and up dated By Tim Denton 2013