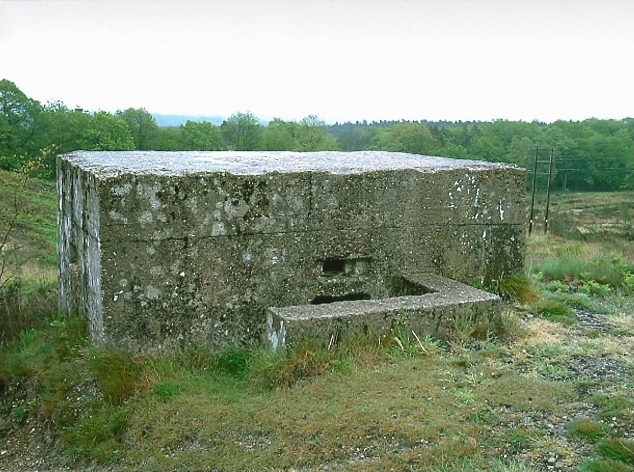 At the edge of Aldershot Command two small, simple designed pillboxes stand on heathland North West of Bagshot in Surrey.

The pillboxes may have been placed to defend the area of wide open heathland against a surprise airborne attack by enemy gliders or paratroops leading to the important military bases of Sandhurst and Camberley as well as nearby Deepcut Barracks and the A30 main route to London.

Each defence has five basic stepped loopholes with provision for gun mountings as well as remnants of flame proof flap fitments. 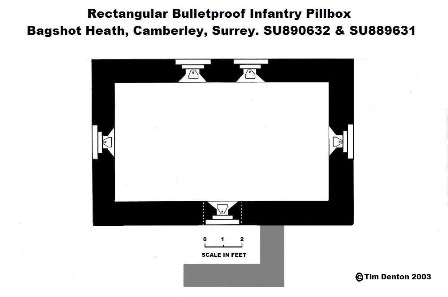 Both defences are constructed by shuttered concrete that formed  18” thick bullet proof walls, each pillbox features a half height L shaped blast wall protecting a loophole covered crouch down entrance. 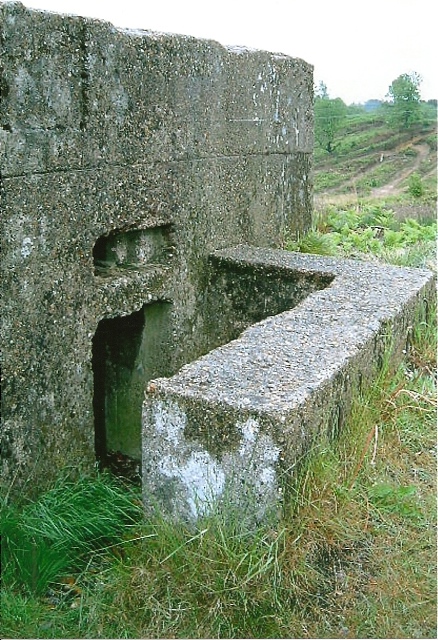 Similar designs can be found in Berkshire and near Elstead on GHQ Line B in Surrey.