A Pillbox Restoration joint venture between A.S.S.Fort Sardinia and “L’Orizzonte”

The War 1940-43 And The Coastal Defences In South-West Sardinia. Portopaglia is a well preserved landscape in south-west Sardinia.

The location is under the Municipality of Gonnesa. The now restored concrete positions are overlooking the beautiful beach of Portopaglia and Fontanamare. All the concrete pillboxes,shelters, firing positions for machineguns and A.T. guns were called “arco di contenimento Fontanamare” (“fortified line of Fontanamare” or “stop-line Fontanamare”). Initially, more than 70 concrete positions were planned, but in 1943 when the number was reduced, some unnecessary strong-points were eliminated. 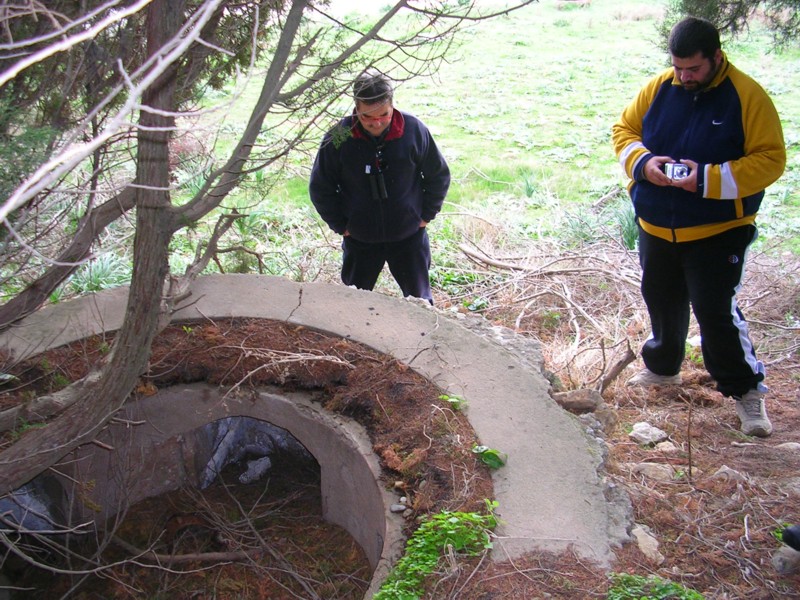 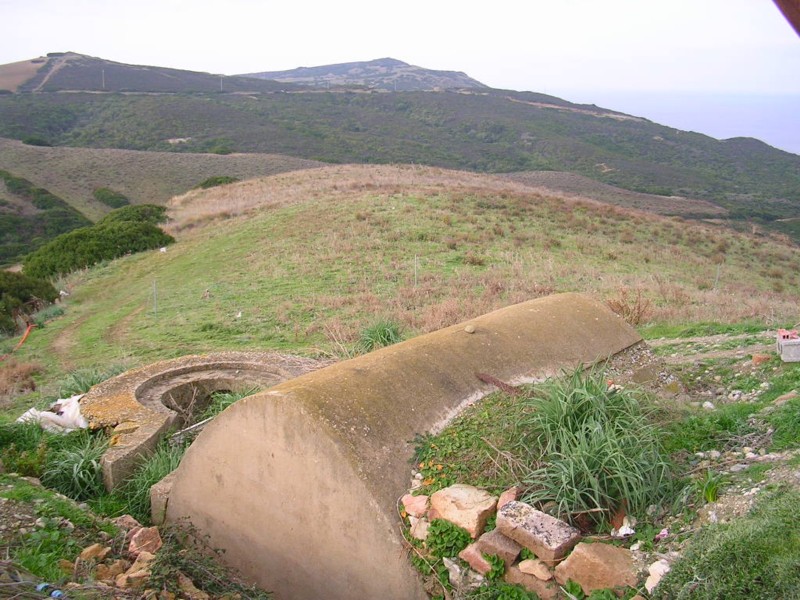 Before the WWII, Sardinia, Sicily and the Elba Island constituted a sort of advanced system, defensive and offensive, for the Italian war in the Mediterranean. It was essential for these territories not to fall into enemy hands, so the Italian Army (Regio Esercito Italiano) ordered to project and to build coastal defences.

Between the two World Wars, it had already been built batteries of artillery at fixed location, serviced by staff of the Royal Navy and Milizia Artiglieria Marittima – Milmart, a speciality of fascist Militia.

A first line, directly on the beaches, served for observation and reactions against Commando raids. The whole territory was therefore equipped with batteries of artillery, dams, minefields and fortified systems. All the branches of the Italian Forces were involved in the defence: Army, Navy, Air Force. This deployment included the Guardia di Finanza, the Carabinieri and the fascist National Security Voluntary Militia (M.V.S.N.).

In particular, the Sulcis-Iglesiente area was considered a possible target of enemy landings, by virtue of its strategic industries and the possibility of reaching quickly the Campidano plain and Cagliari, Sardinia’s capital and main harbour. So, the Fontanamare coast became a potential “front line” against the enemy and was equipped with armed MG positions and Observation Posts.

Further back on the hills, the Royal Military strategists planned the construction of a long line of fortified strong points, called “arco di contenimento Fontanamare”.

In this system were also included batteries of coastal artillery positions, which would have opened fire against vessels approaching the beaches and against the landed troops. If the enemy had passed the first line of defence, the task of the “stop-line Fontanamare” would have been “to slow it down”, in the expectation that the mobile forces came from inland to counter attack.

When the Praesidium took over the strong-point, the commander swore to resist on the spot, even though surrounded and passed by the enemy, until the last man, until the last cartridge. 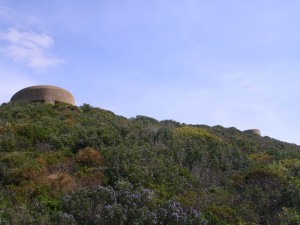 Gonnesa In The Second World War

It was thus that Gonnesa became in the years of war, the keystone of a major military system. From here passed an important corridor of communication between Iglesiente and Sulcis, including road and railway lines. Gonnesa fell in defensive “iglesiente” Sector, entrusted to the 205th Coastal Division. Created in January 1942 it had its Command in Carbonia, then in Iglesias, where there were also strong rates of infantry division “Sabauda”. The 205th coastal division had nearly 500 officers and more than 11,000 men. In Gonnesa there were the Command of 127th Coastal Regiment, 163th Controcarro Cannon Company and a First Aid centre.

This set of fortified positions was part of the “stop-line Fontanamare”. The defence sector Fontanamare was entrusted to 127 th Coastal Regiment, which deployed the 402 ° Infantry Battalion and the 1168nd Machine-gunner Company.

The story of this fortified system was more troubled than other defensive sectors of Sardinia. The works were designed in 1942, but the original project was revisited. In 1943 the number of concrete positions was finally reduced from over 70 to just over 40.

The first strong-point of this defensive line still dominates Portopaglia tuna Fishery, while an interesting and little-known fortified system is along the old “camionabile” road to Nebida. Other important fortifications closed the way to Iglesias. 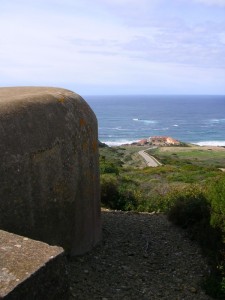 In the Portopaglia area there were also two batteries of 75mm guns, while around the Nuraghe Seruci was positioned a battery of calibre 149 mm guns. In terms of Fontanamare, artillery was instead deployed in Mount Arbu.

To ensure an effective defence at night, in Portopaglia and Fontanamare two `photo-electrics` were serving: the 121th and 61th. 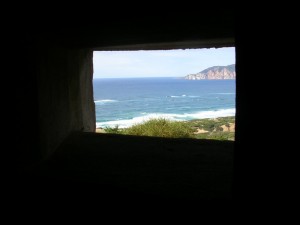 The defensive work in Fontanamare were those called “monoarma position.” This is a simplified and standardised type, which was adopted in Sardinia since mid-1942. The advantage of these forts was given by the reduced amount, which was a target difficult to hit and made it easy masking with camouflage nets, colours and with the appropriate use of land and vegetation. The first kind of bunker for coastal defence built during the war were larger and has more weapons in one bunker. Copies of these fortifications are still visible in Sant’Antioco isthmus and along the way between St. Giovanni Suergiu and Carbonia. 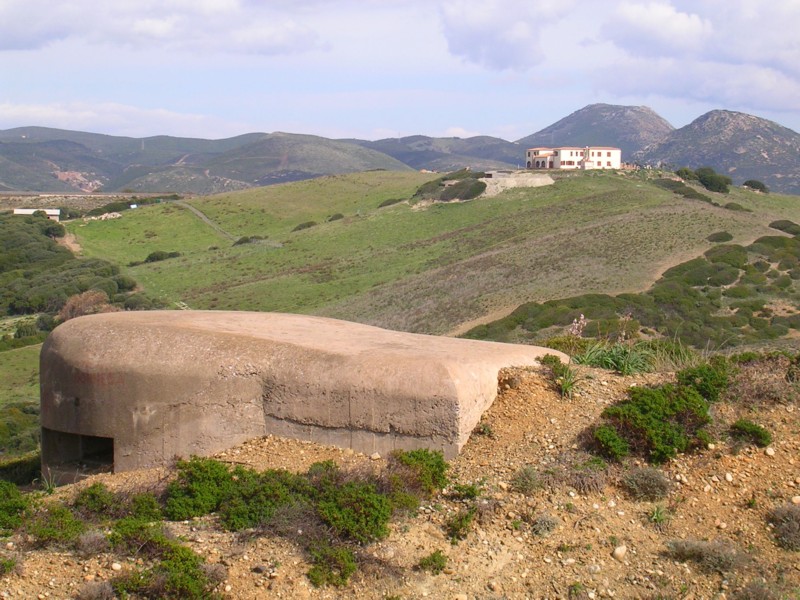 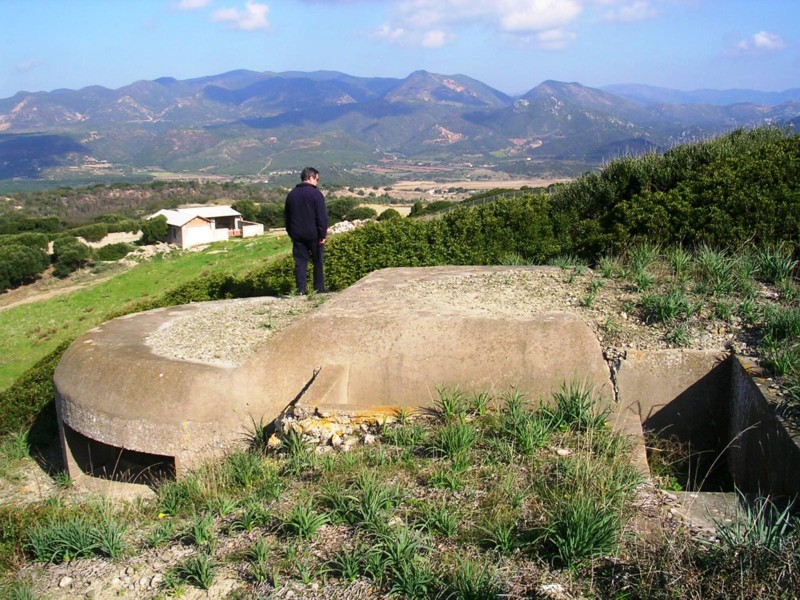 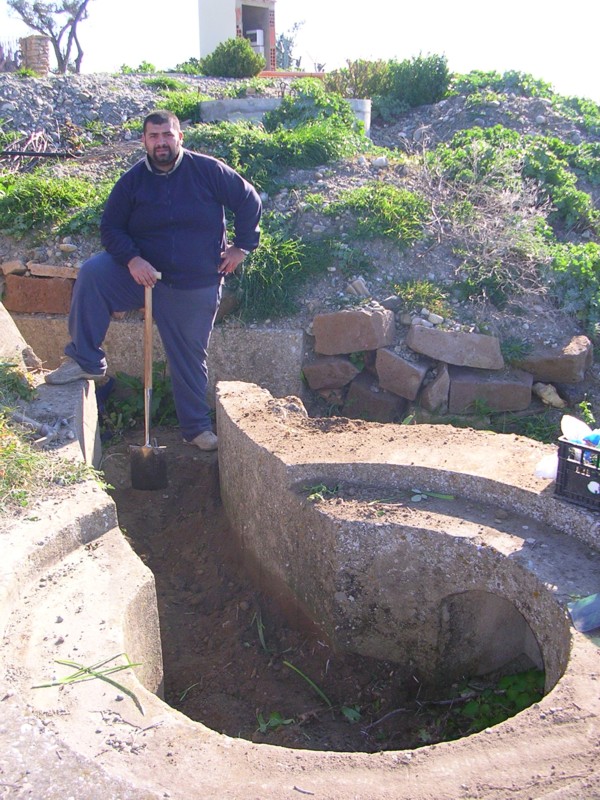 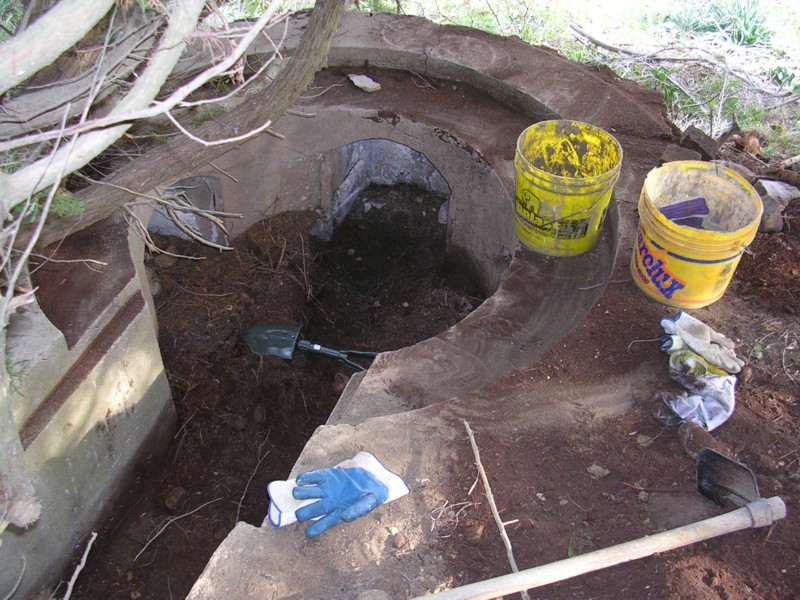 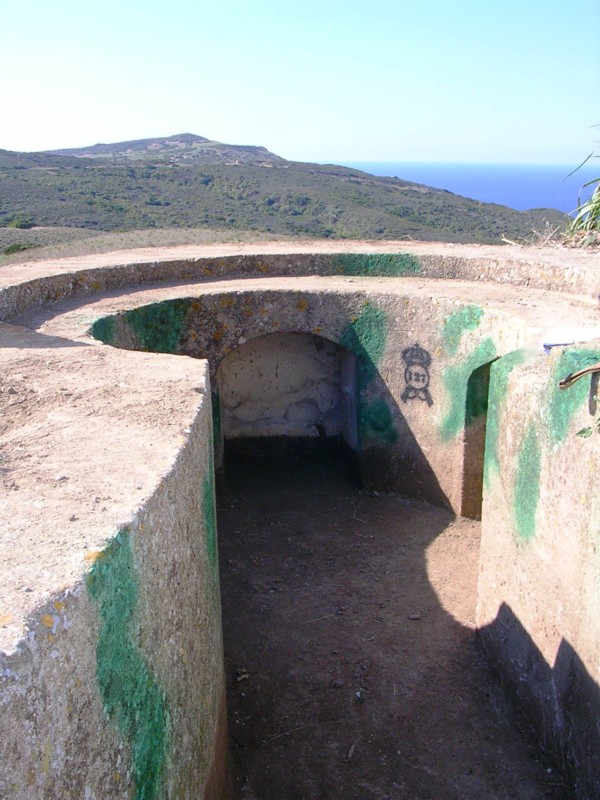