Whilst rummaging through files recently at the Public Record Office I came across substantial material on the Spigot Mortar, a weapon which was, as will be seen, controversial at least, certainly in Southern Command on which this article generally concentrates.

Although not available to counteract a German invasion in 1940 the mortar was certainly under test in early 1941 and further demonstrations at Bisley in April of that year showed, according to GHQ Home Forces, “that it fully justified its adoption as an anti-tank weapon both by regular formations and the Home Guard”. 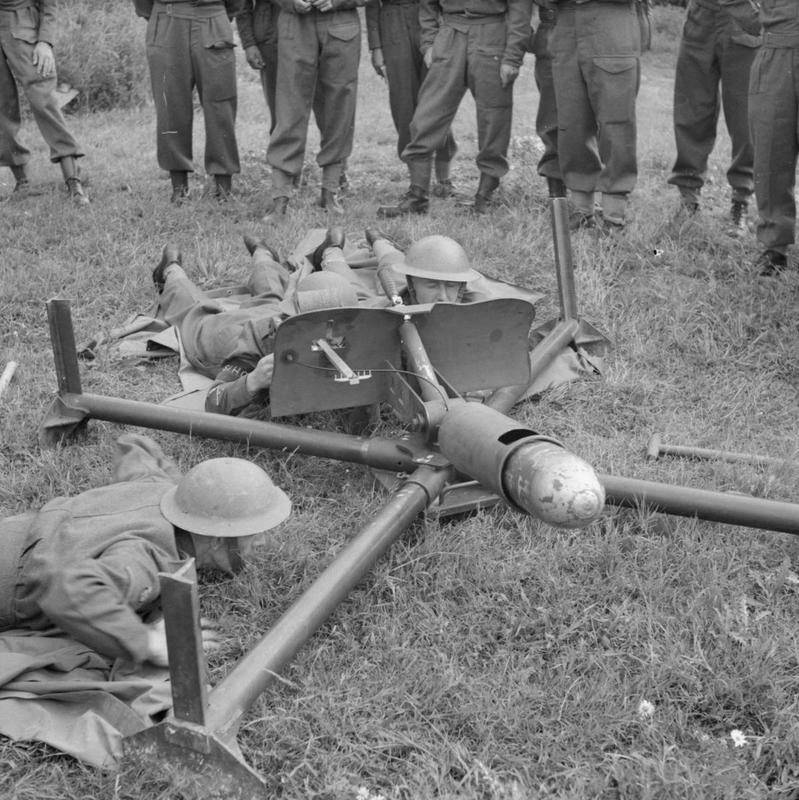 Men of the Saxmundham Home Guard prepare to fire a ‘Blacker Bombard’ during training with War Office instructors, 30 July 1941. The weapon was a 29mm spigot mortar, designed by a Lieutenant Colonel V V S Blacker, and could fire a 20lb bomb some 900yds.
THE HOME GUARD 1939-45. © IWM (H 12299) IWM Non Commercial Licence

The Field Army had to make do with the mortar because of a chronicshortage of 2pdr anti-tank guns resulting from losses in France. Consequently GHQ HF recommended to the War Office that orders for 12,000 Spigot Mortars be placed for Southern Command in addition to the 2,000 already in the pipeline. The scale of issue was to be 24 per anti-tank regiment with 8 per brigade, 2 to each Home Guard company, and 12 for allocation to regular troops guarding aerodromes. Initial scale of  ammunition issue was 150 rounds of 201b (9.1 kg) anti-tank and 100 rounds of 141b (6.35kg) anti-personnel. The GOC Home Forces, Brooke, although impressed following Bisley, entertained some doubts about the weapon’s effectiveness in aerodrome defence but concluded that its simplicity recommended it for use by young soldiers. It was made clear, however, that under no circumstances would RAF personnel be allowed to handle the Spigot Mortar, and this restriction applied equally to the RAF Regiment formed in February 1942, and whose prime function was airfield defence!

As far as the Home Guard was concerned, the mortar was considered to be particularly effective when carefully concealed at road blocks. It seems that they were first issued to Home Guard units within Southern Command in September 1941, 1430 in total being allocated.

Training instructors, initially at least, were regular soldiers and seem to have received their basic training on the weapon at No 1 Home Guard Training School at Dorking, Surrey before training regular troops at the Southern Command Weapons Training School at Woolacombe Bay, Devon. It is probable that Home Guard officers were trained at their respective schools before returning to their own units to carry on the good work. 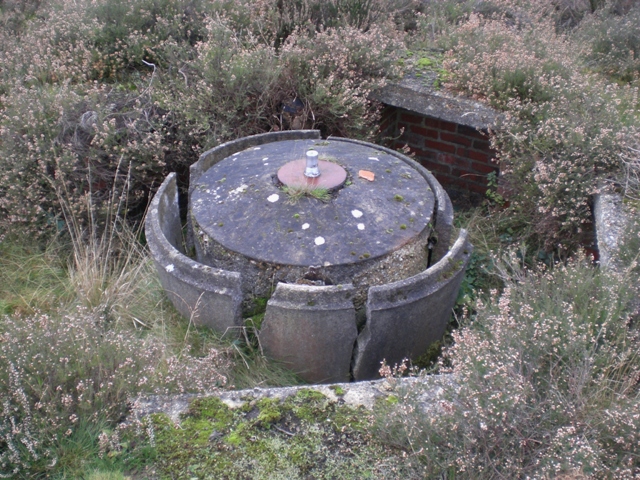 Un recorded and now in poor condition this Spigot Mortar emplacement was used by Aldershot Command for training purposes. Picture by Tim Denton 2011

Although initially most Spigot Mortars were issued for mobile use to be fired off legs, by October 1941, 1030 static mountings had been allocated to Southern Command and instructions were given that these were to be used in preference to the so-called portable mountings. Static mountings were precast and, following survey on site, were emplaced by the Works Services of the Royal Engineers (see plan). 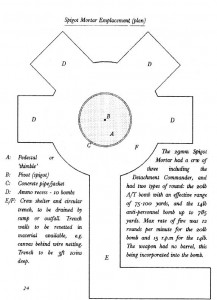 Each mortar was allocated four mountings so that alternative firing positions were available depending upon the local tactical situation. Distribution of both mortars and mountings caused pandemonium at times at ordnance depots owing to large numbers turning up unannounced, leaving staff bewildered and storage space at a premium!

By November 1941 these weapons were being issued in quantity to both regular formations and the Home Guard. That same month, however, doubts were already being cast on the value of the Spigot Mortar to regular troops because of its lack of mobility but Woolacombe still considered it to be “very effective at short ranges. Moving targets are engaged with considerable success at /from 75 -100 yards’ (68 -91 m)” 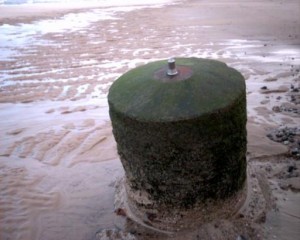 Spigot Mortar Base located on the beach at Winterton.

At the same time its value as an ambush weapon was being emphasised by Southern Command in its communications with the Corps and Districts under its control. Despite these reassurances however, rumblings (or grumblings) about the Spigot Mortar were already emanating from HQ Salisbury Plain District at Bulford to the effect that it was “highly unpopular” and that some battalion commanders were trying to “trade their allotment in exchange for Tommy Guns”.

Worse was to come though when in November 1941, for example, the OC 3 Bn. Wilts Home Guard, a Lt Col Herbert, complained bitterly about the weapon to Southern Command. “It is apparently now only for use against moving targets up to 75 -100 yards. Charming for the Home Guard who have to load it, from the front in full view of the enemy 100 yards away.”

In another missive a few days later Herbert further complained, “I have been told that 50 of these weapons are to be issued to my battalion, but I have no possible use for them; so they will merely add to the dumps of scrap iron already lying about in our Wiltshire villages.”

The response of Southern Command is not recorded!

It seems unlikely, though, that this kind of comment had any significant effect upon Southern Command as, in any event, it was July 1942 before the issue of Spigot Mortars ceased within the Command and by that time about 22,000 had been dished out nationally. 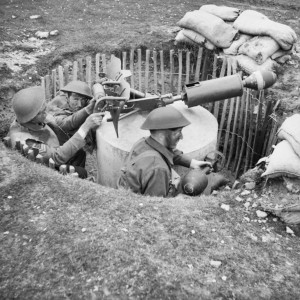 Adapted from ‘Loopholes’ Journal No 14 – ‘Love, Hate And The Spigot Mortar’ 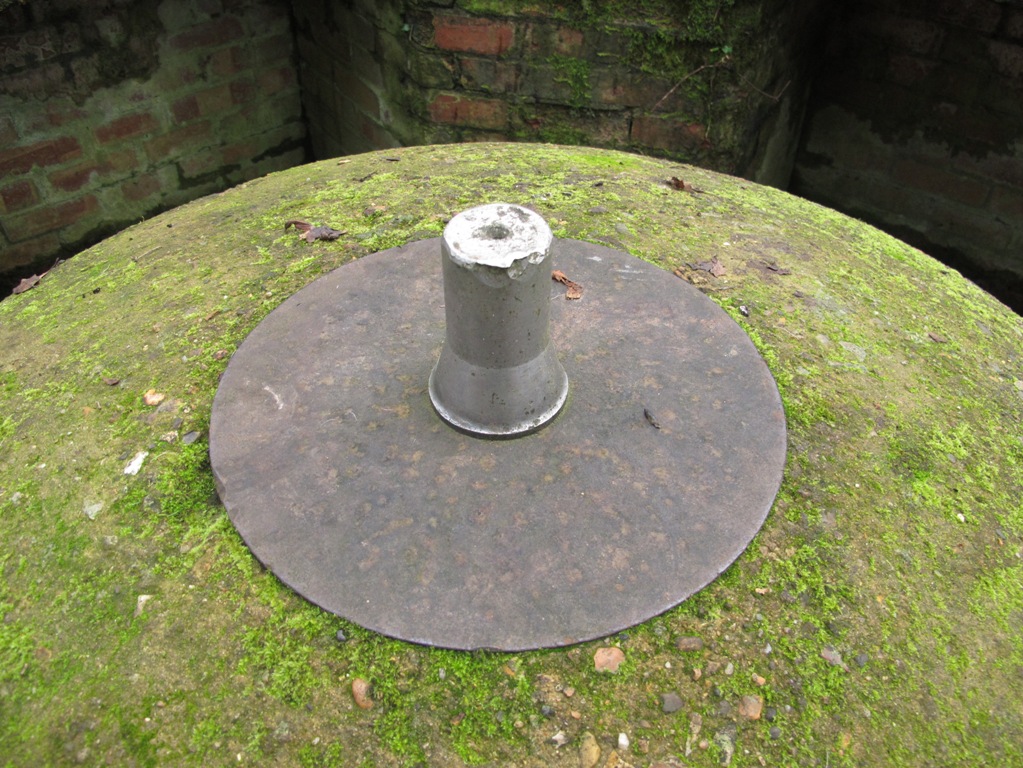 The central stainless steel pintle for the Blacker Bombard 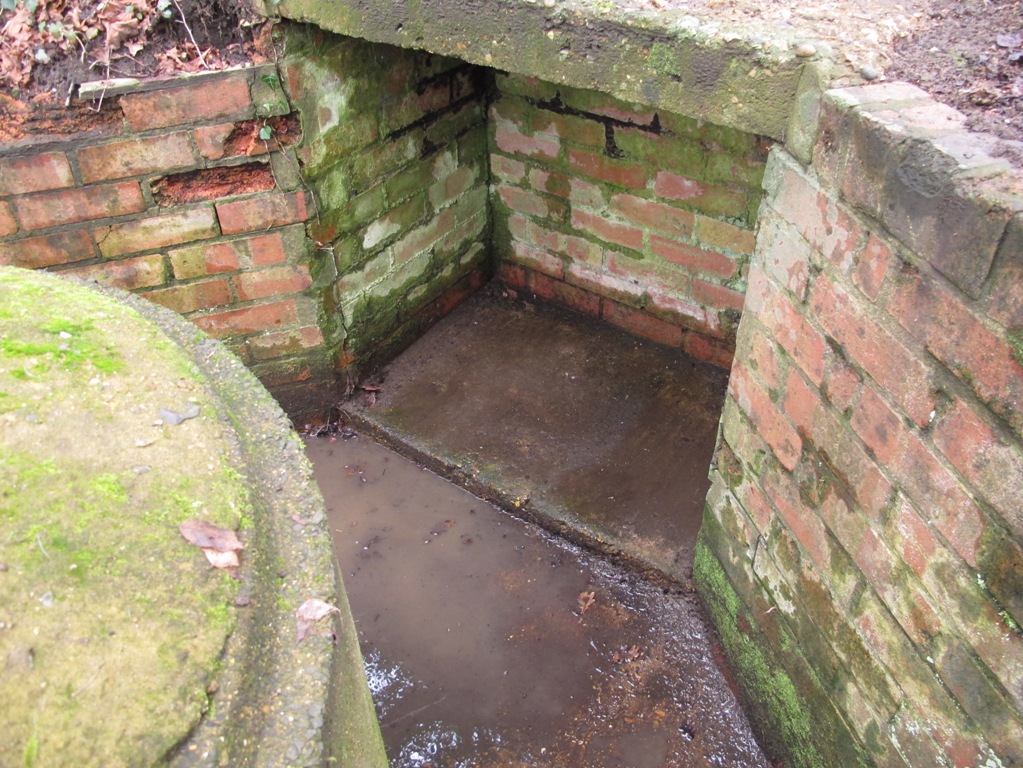 One of four ammunition wells