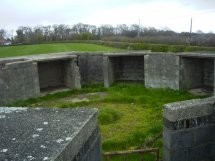 Along with some friends I travelled to Kenilworth to take a look at the heavy anti-aircraft site at Goodrest Farm, Bannerhill just off Rouncil Lane to the east of the town. 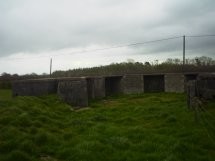 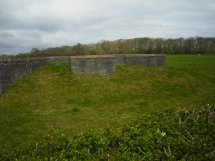 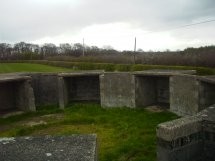 In 1940 the heavy anti-aircraft battery [or HAA] known as Bannerhill Camp, was sited at the farm as part of the anti-aircraft defences for Birmingham and Coventry.

The gun emplacements were constructed with concrete shuttering with earth built up for added protection around the outsides, each gun emplacement had two gun crew shelters while the control room was constructed just below ground level, this was accessed by steps.

Members of the Auxiliary Territorial Service [ATS],  served as spotters while regular soldiers crewed the Anti aircraft guns, the site was classified as H25  which included living accommodation in Nissen Huts.

Later in the war when the V1 threat arrived the guns were transferred to Southern England, the site then became a Prisoner of War Camp.