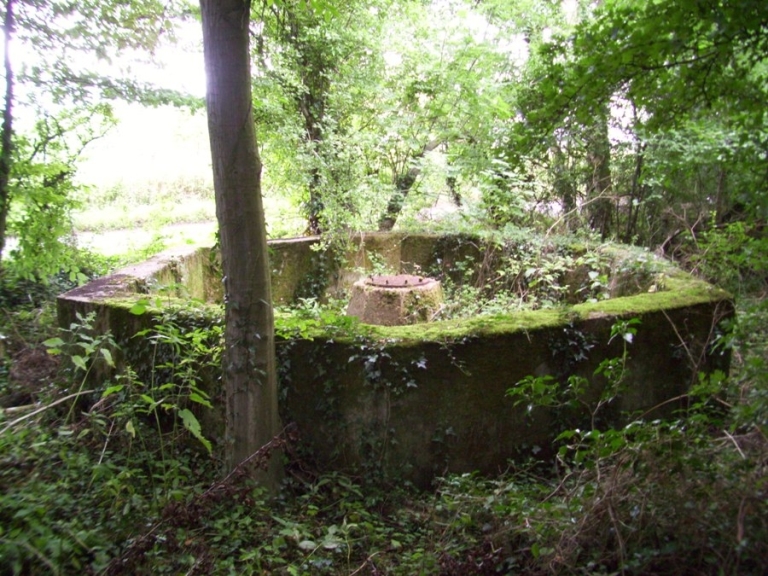 While out looking at the bridges on the Kennet and Avon canal i came across this excellent hexagonal 6 pounder gun pit.

On passing by and catching a glimpse of what seemed like concrete i decided to pull over to investigate further.

Sitting partially obscured by the hedgerow the rare defence sits beside the Savernake road near Durley in Wiltshire, its ngr is su236632.

From its 360 all round operational advantage it would have covered the great western mainline bridge and the Kennet and Avon canal’s Bruce tunnel to the south. Its position also gave it a good view of surrounding fields and the site of the long gone Savernake low level rail station and dismantled railway line. 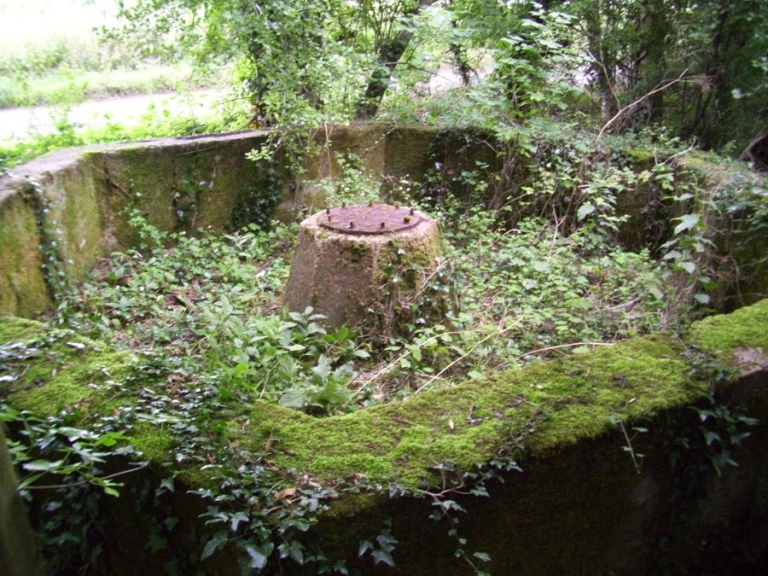 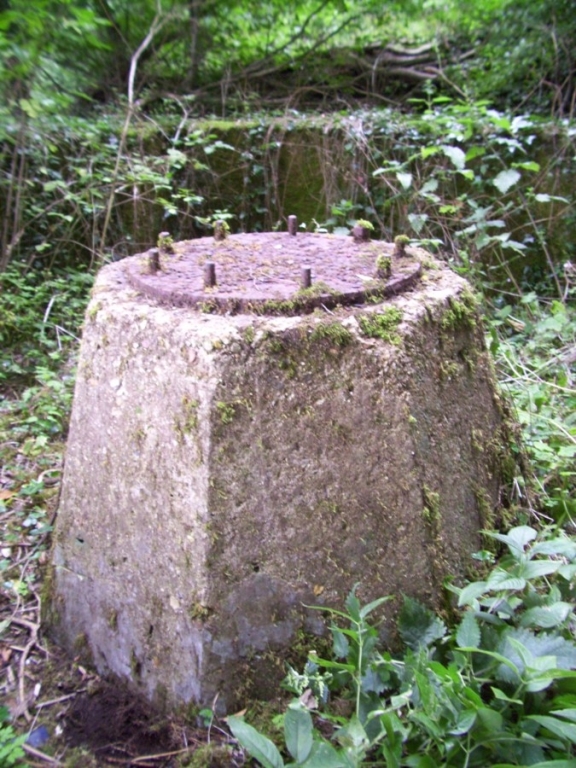 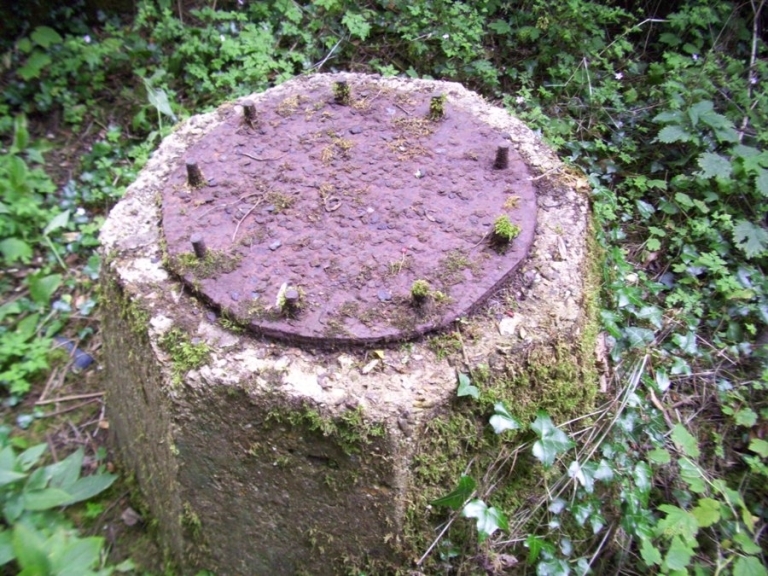 In remarkable condition the pit still has its central octagonal plinth along with the nine studded metal 6 pounder holdfast plate.

The walls were constructed by shuttered concrete, all of these are a foot thick. However, there was no provision for ammunition lockers on this particular emplacement.

The maximum  diameter  of the concrete gun pit is nineteen feet.

The depth of the emplacement is approximately two feet, the metal holdfast plate sits level with the top of the outer walls.

To stop the walled defence flooding it seems like there is a small drain hole cut into the base of the inner wall as a soak away. 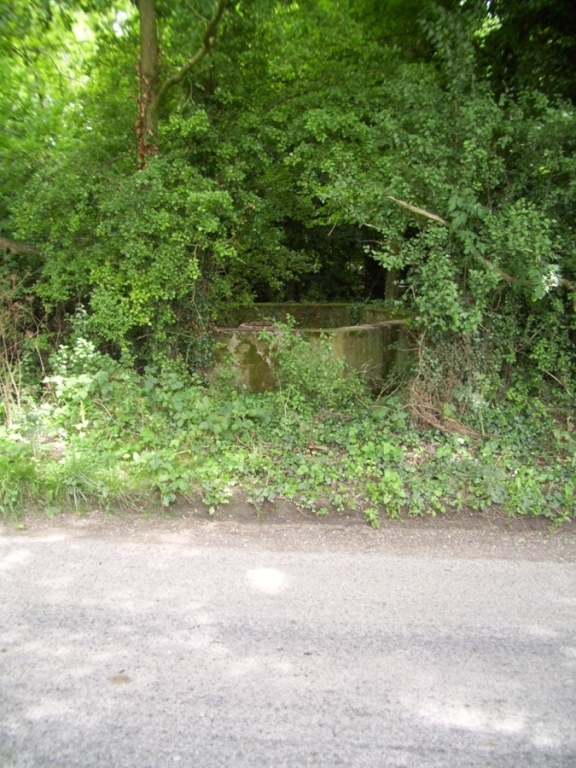 This complete and un-damaged example does not appear on the Defence of Britain Database.