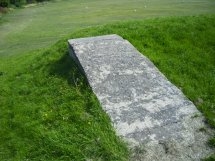 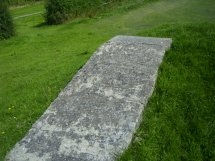 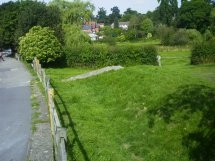 Retracing our steps we arrived at Rosemary Hill and here was the second shelter about half way down the hill. From the road you can see the bricked in entrance and on top of the mound you can find the escape hatch. 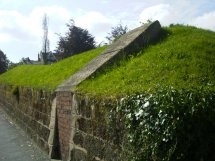 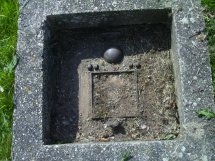 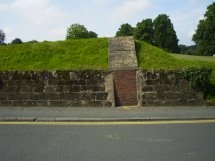 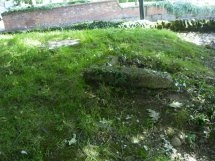 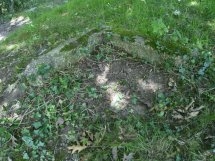 Crossing the road and heading down new street and opposite the royal oak public house you can see the bricked up entrance to the fourth shelter. Heading back the same way we crossed the junction and headed towards the castle and here we found what we believed to be the 5th site but apart from a mound nothing else remains. 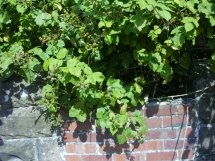 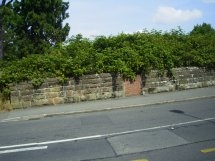 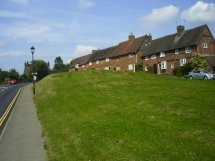