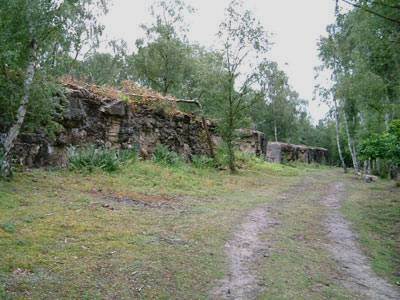 `Visiting Hankley Common in Surrey i decided to capture some of the interesting parts of the “Atlantic wall” that survive today scattered around the woodland in this pleasant part of Surrey.

The ruins area can be found after a short walk in a straight line across the Hankley Common golf course via public footpath, the area is still owned by the MOD and is still used for training purposes, however is accessible to the general public. 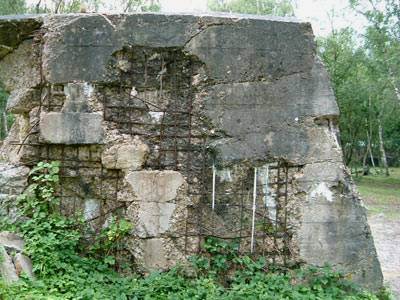 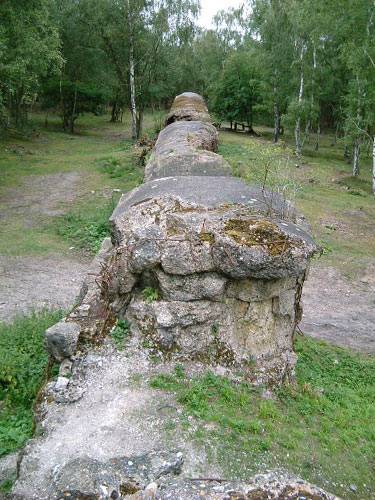 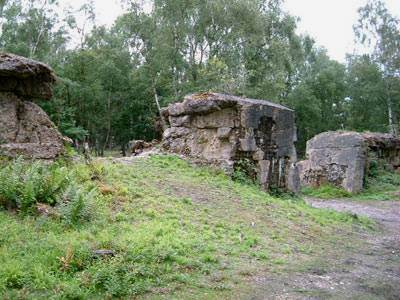 The wall is set at the base of a gradual incline leading up to a ridge in a fairly lightly wooded area, the first thing that strikes you is its sheer size as it stretches for approximately 300 feet into the woodland. 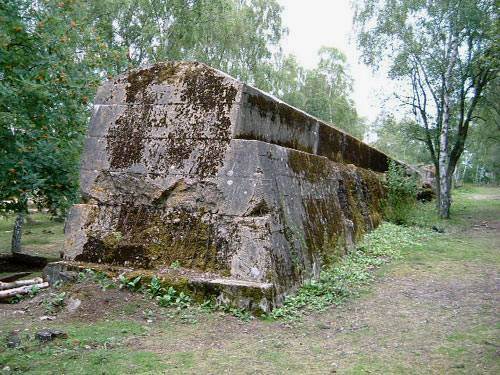 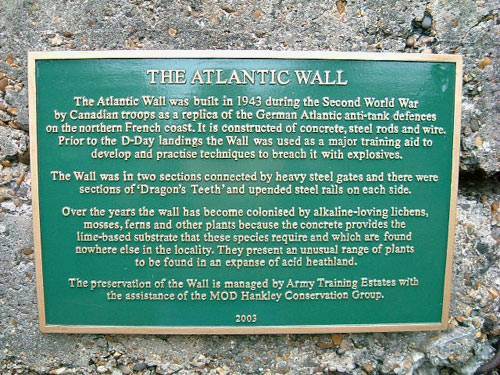 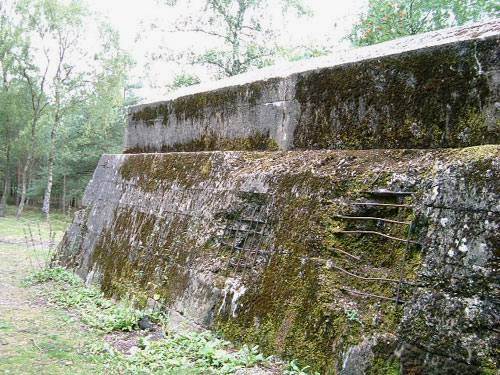 The height is approx 9ft and has a step side in its construction,  a recent mounted plaque can be found at the end of one of the wall sections this bears a brief history of the wall and its current role now as part of a conservation area.

Originally built by Canadian troops in 1943 for training purposes the walls construction was based on intelligence information to what the German defences were like on the coast of mainland Europe, areas of the wall have been very heavily damaged by explosives and in one section it has been breached by using the “Double Onion” AFV. 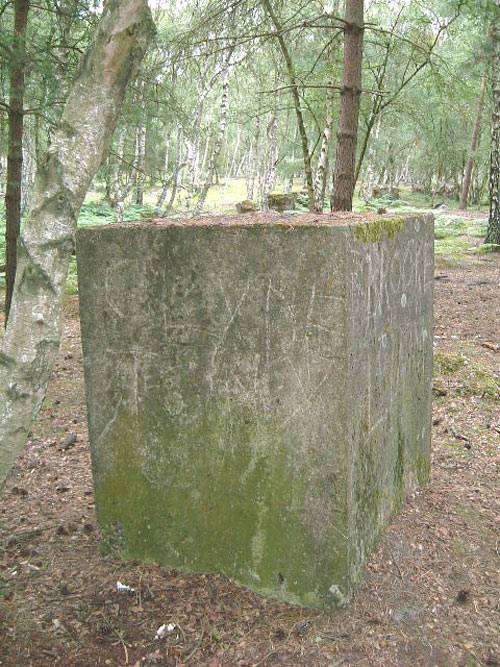 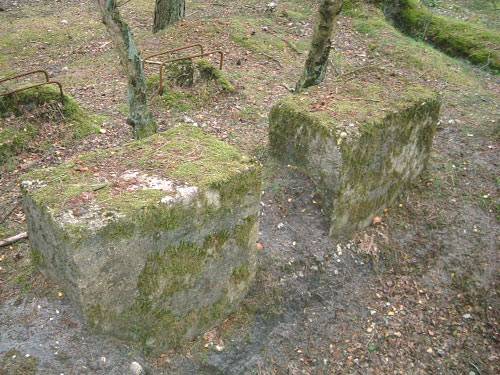 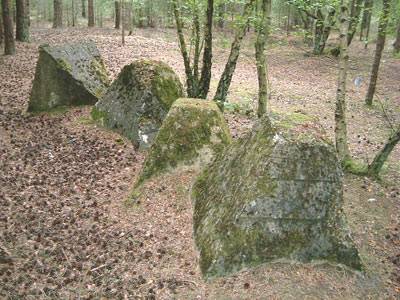 Within the wall rusting reinforced steel rods can be seen exposed, bent and mangled holding together large chunks of concrete, some still dangling from upper parts of the wall. Further obstacles can be found a short distance up the wooded incline, these include a single undamaged 5ft concrete cube, four large dragons teeth in a line (one upturned) all in good condition and many numerous small concrete blocks most showing blast and shrapnel damage. 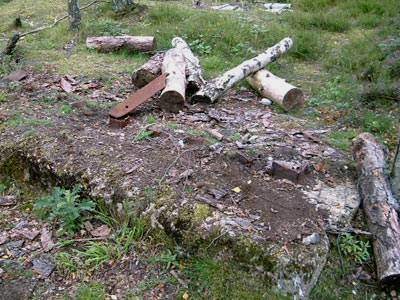 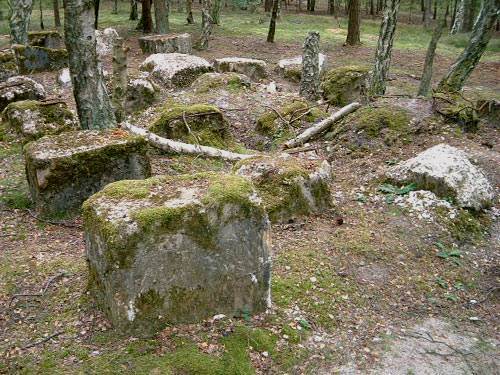 The most unusual find was what appears to be a skeleton for a concrete cube made of a box collection of rusting iron rods, at the far end of the wall is a  small square concrete area which once held several RSJ obstacles all of these have now been cut off but can be seen scattered  nearby. 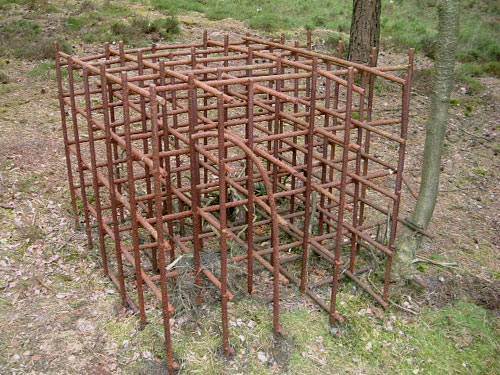 The site is well worth a visit, good footwear is essential as a walk across the heath is mainly on a very loose silver sand surface. Limited car parking can be found at the junction of Tilford road and Grange road, map ref SU876414 allow about a 15 minute walk via the signpost footpath across the golf course to map ref SU884413 where the wall can be found on the right of the pathway in the woods