All structures are generally in good order.

Not totally sure of its function, but guess it to be a control/command centre. Located on above a gun emplacement. It is hard to get a decent overall picture of the structure because of the vegetation around the structure and its location perched on a small cliff. I tried photographing it from a boat coming back from a trip to one of the other islands, but the conditions were not very good and did not get a clear shot. 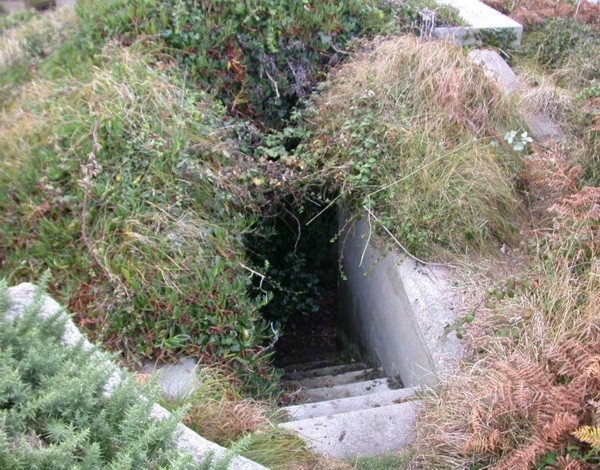 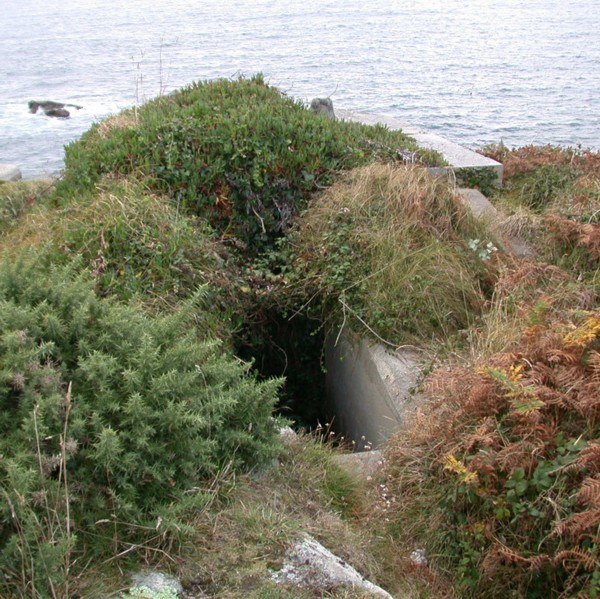 Picture 1 and 2 show the steps leading into the building. 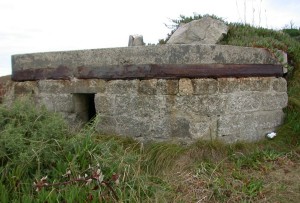 Picture 3 shows the front of the structure and picture 4 shows an embrasure on the right hand side. 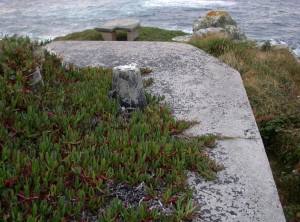 Picture 5 is from the roof looking out to sea. Below and in front can be seen the Searchlight building. 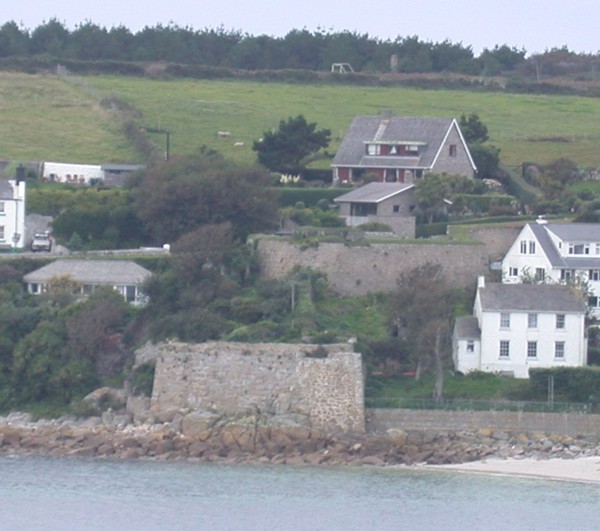 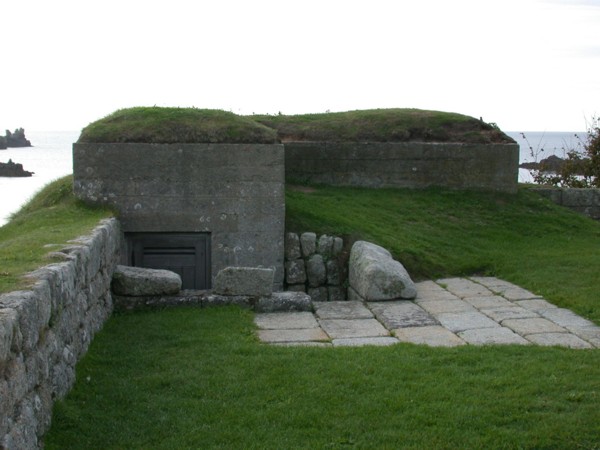 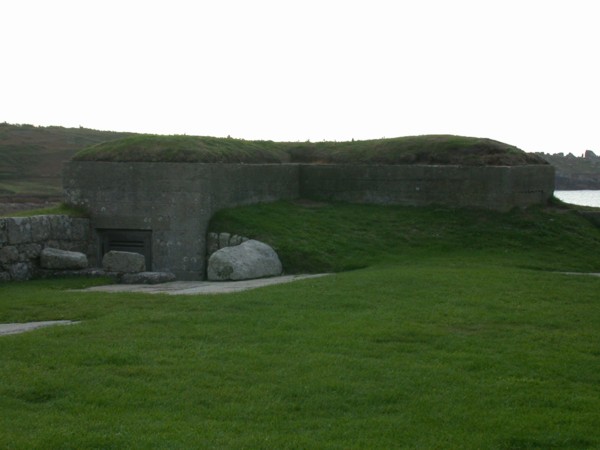 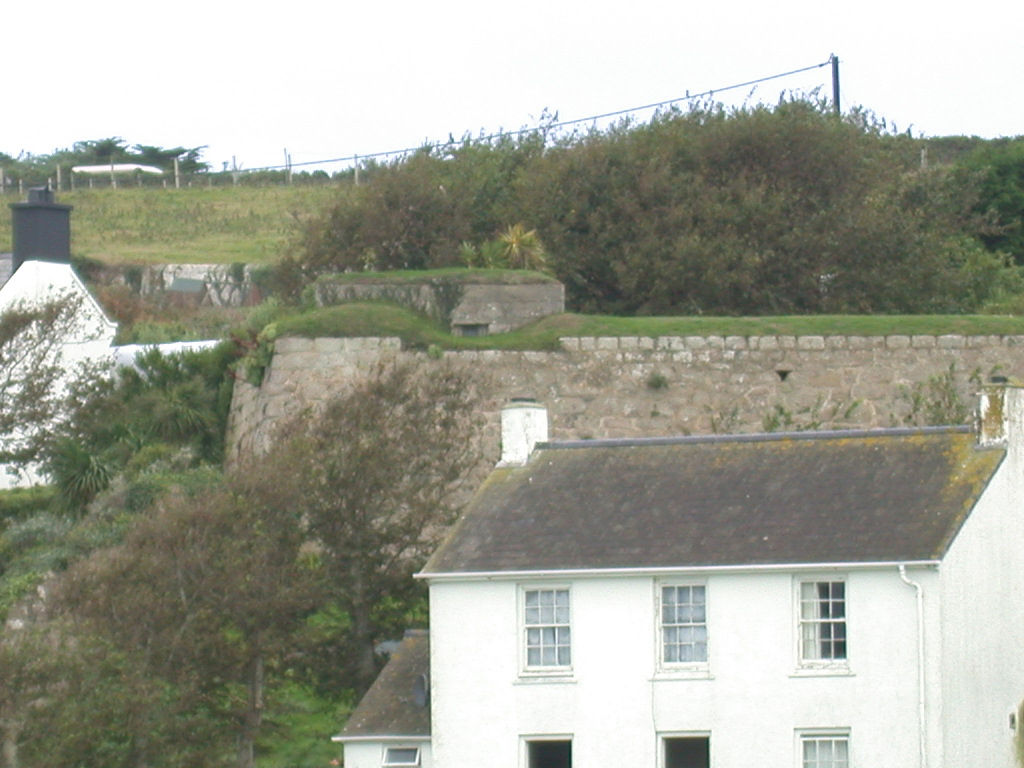 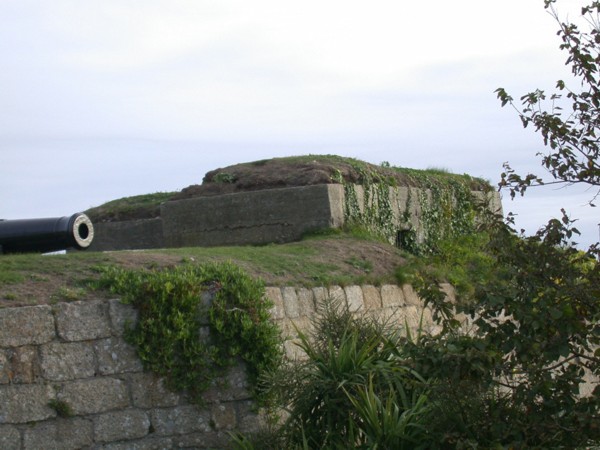 These photos show a pillbox built into the original fort defences and covering Porth Cressa Bay. 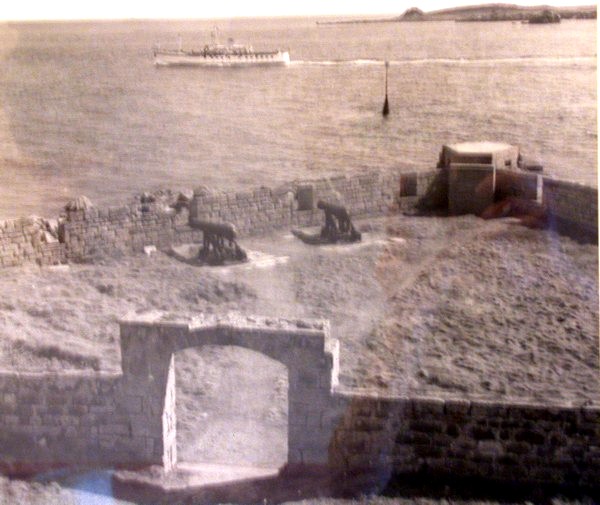 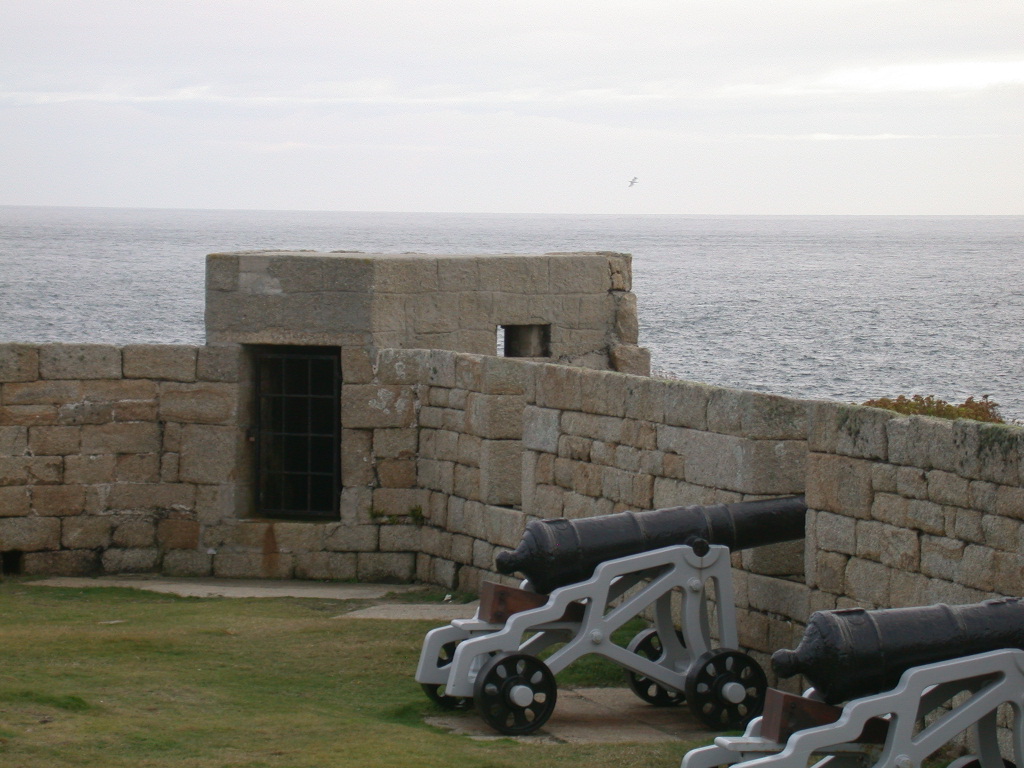 These show a gun emplacement with a pillbox built into the original battery wall. The latter could perform the same function as the control pillbox, as the set up is similar.

At a B&B I stayed at for a few days during my last visit to the Isles I noticed a picture on the wall of the sitting room. It shows a blast wall at the entrance of the pillbox pictured above. This feature is no longer there. 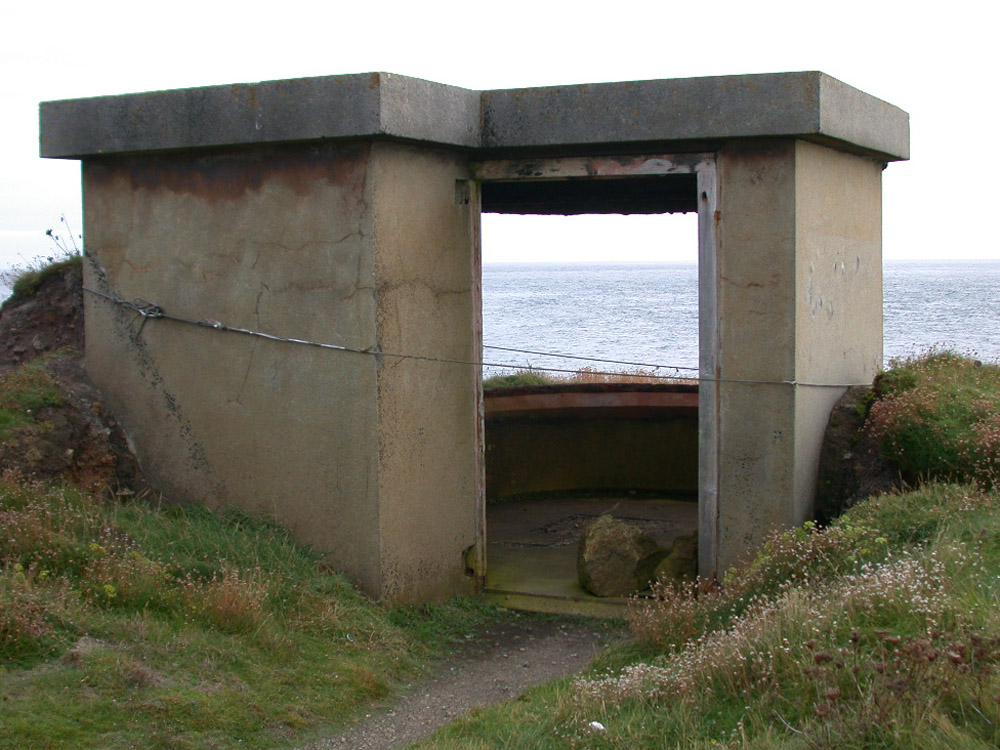 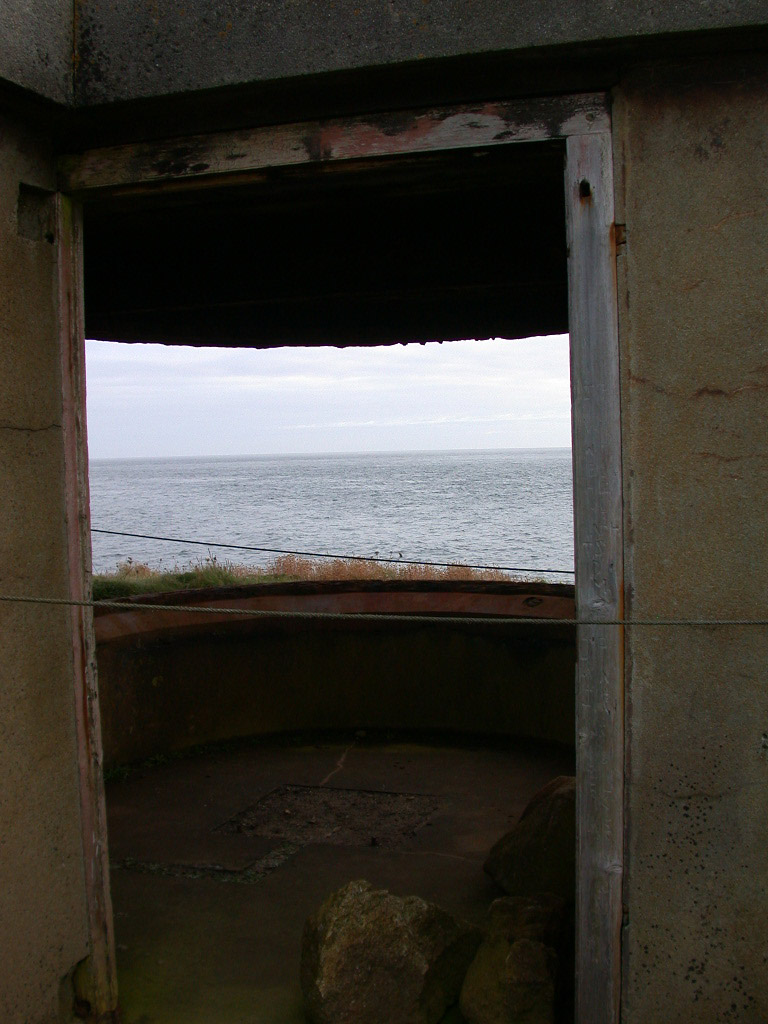 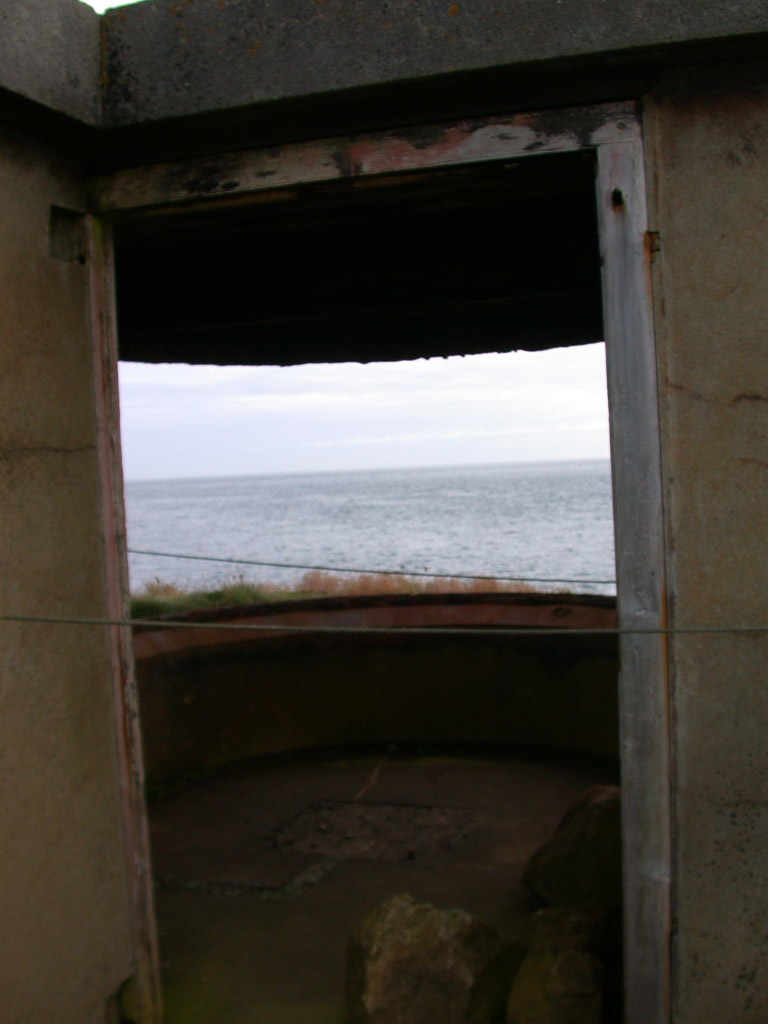 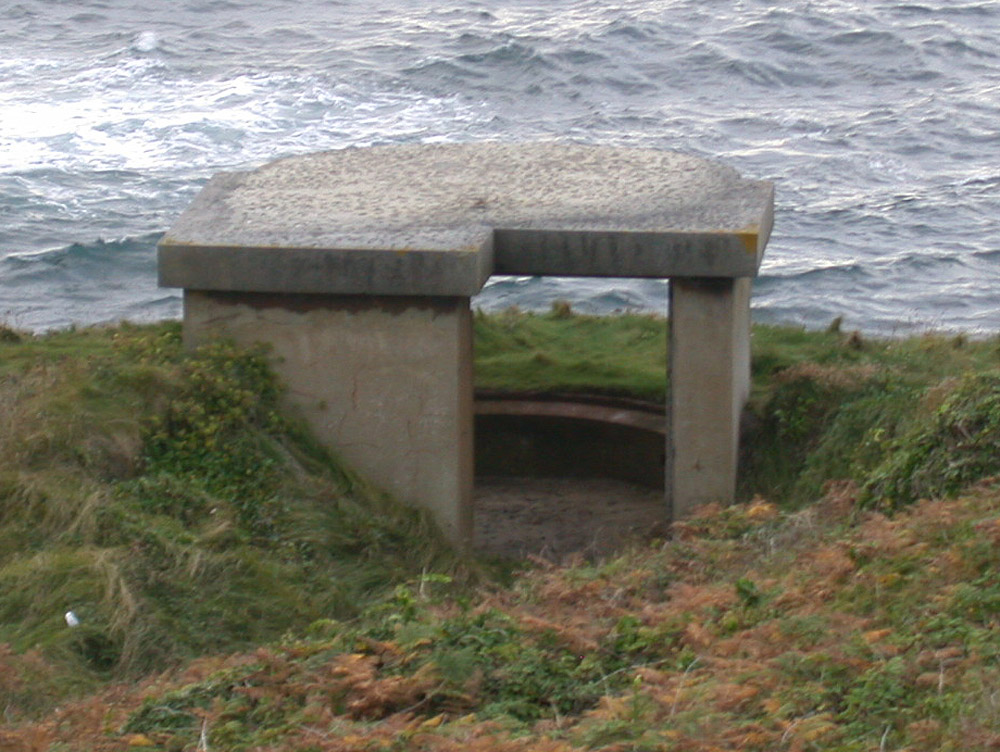 General views of a Type 24 pillbox 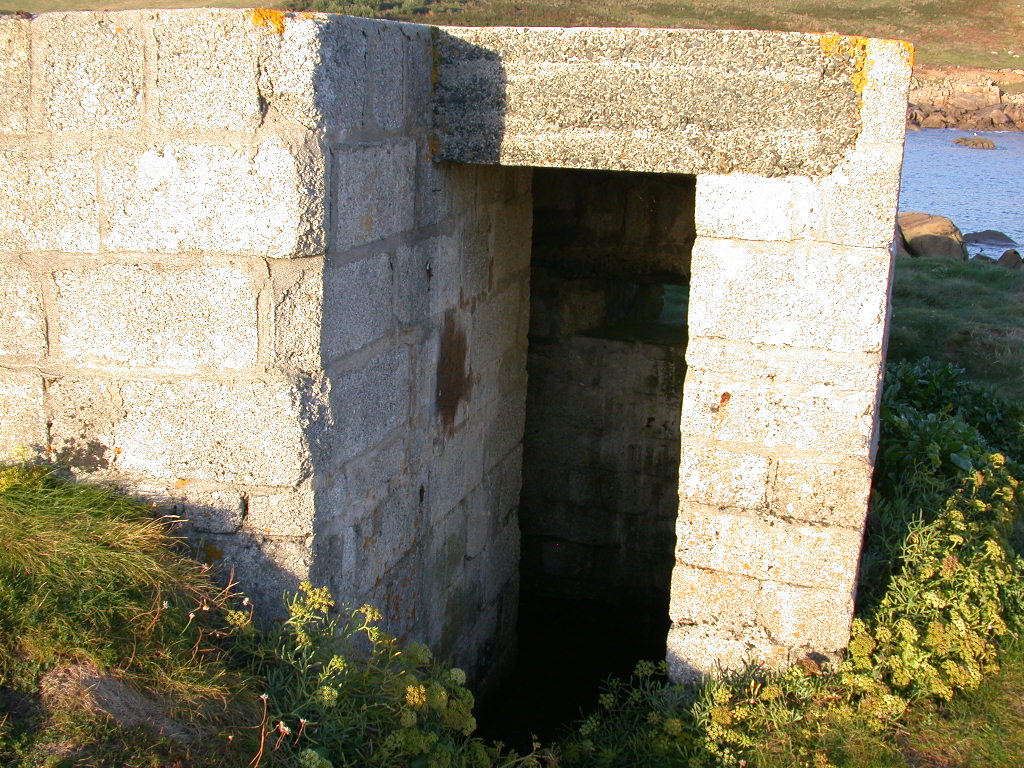 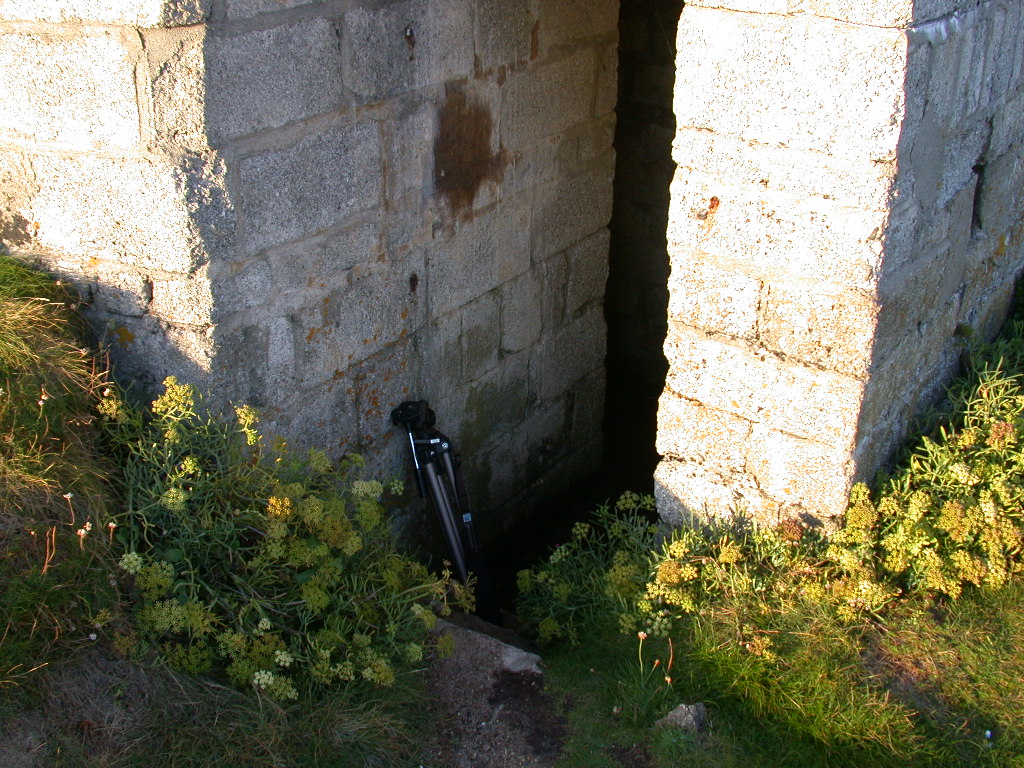 This Pillbox, although located on a spit, faces inland and has its entrance/rear facing out to sea. It is located to cover a beach. The embrasures have for the most part been blocked up. There is no sign of the shelves located inside under the embrasures and there is some rubble on the floor too.

Despite having visited the Isles on my holidays for some 7 years, I only noticed this structure this year! The rear of the pillbox is in someone’s garden now so I was unable to gain access to it. One thing I did notice, is that embrasure is located very low down and anyone inside would not have been able to fire on the beach, unless that is the concrete wall across the road was not there when the pillbox was built. About 150 metres to the west of this there is a Type 24 Pillbox (912103), which I did not photograph, as it is mostly hidden behind vegetation at the front. And the rear being in someone’s garden too. 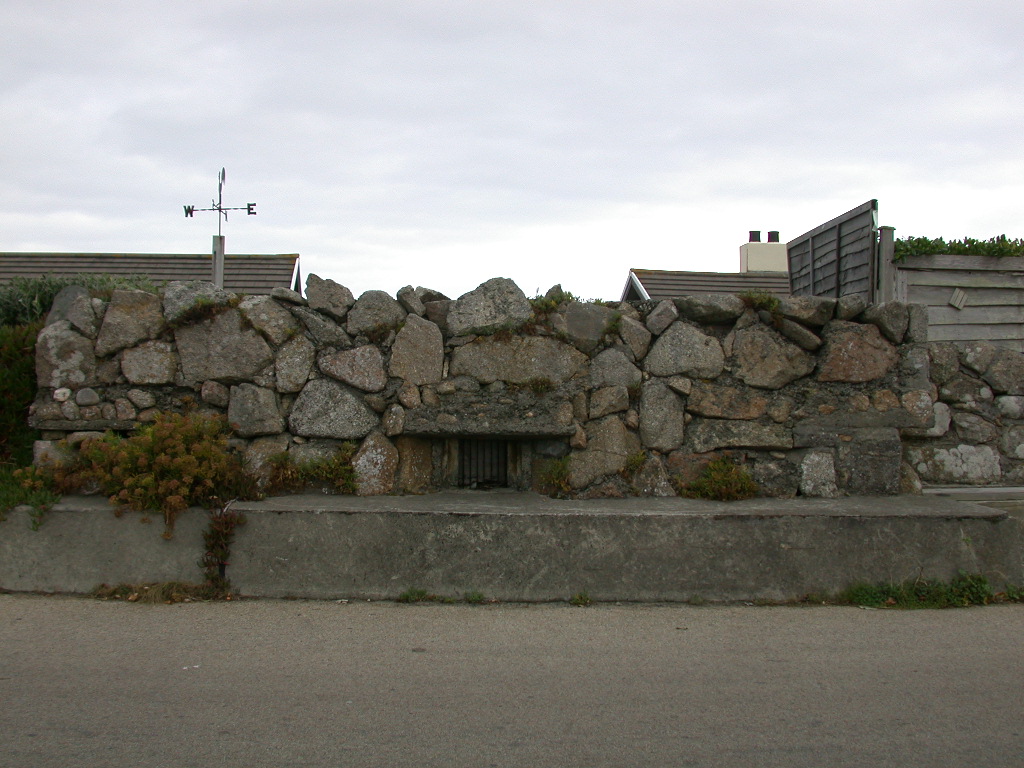 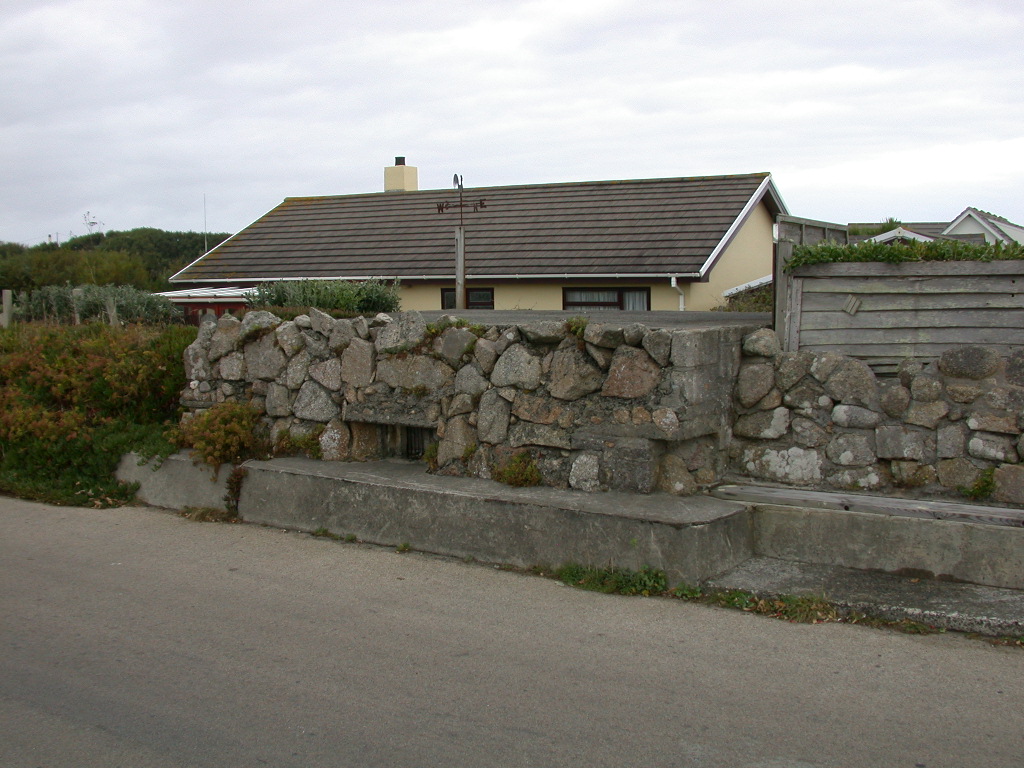 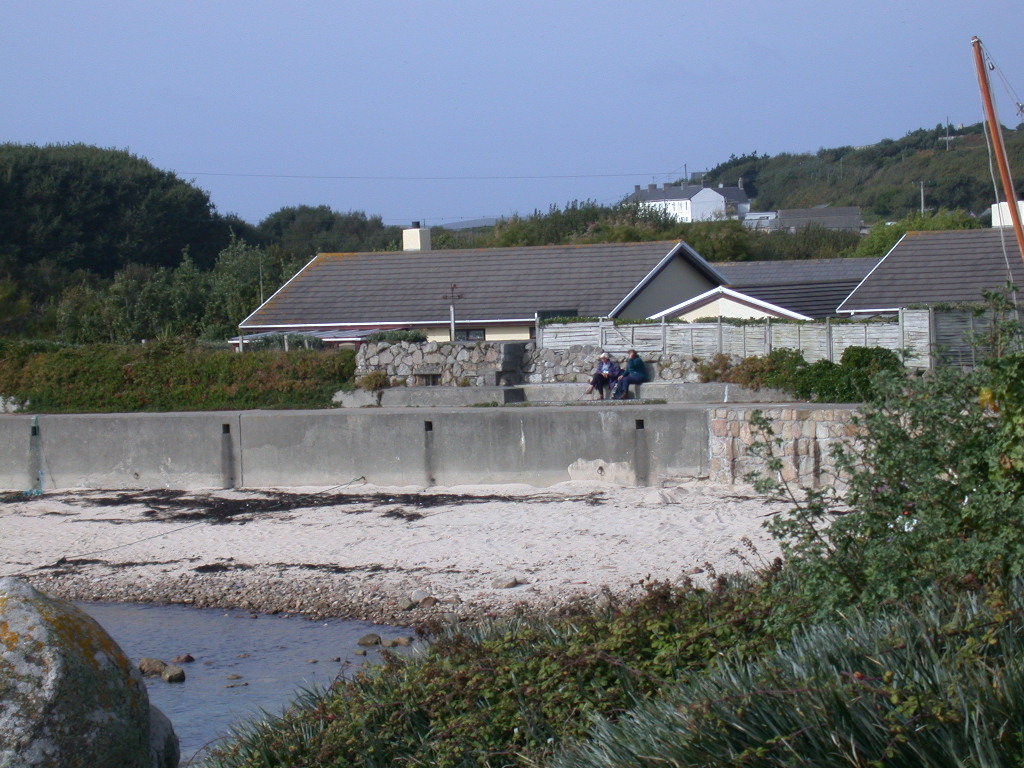 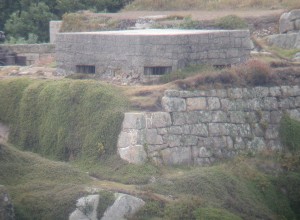 North Side Of St Mary’s Type 24 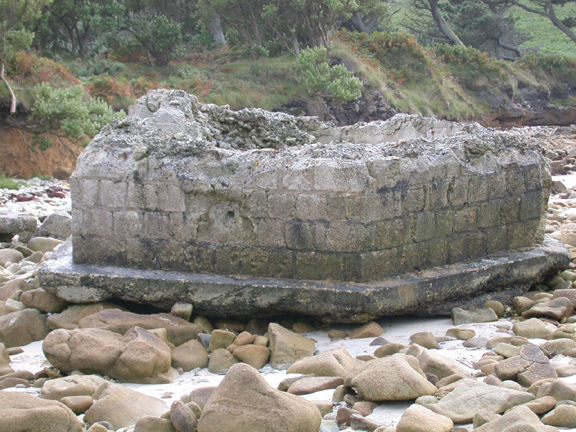 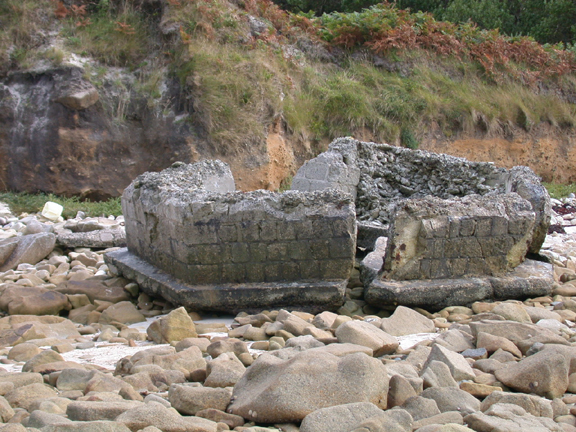 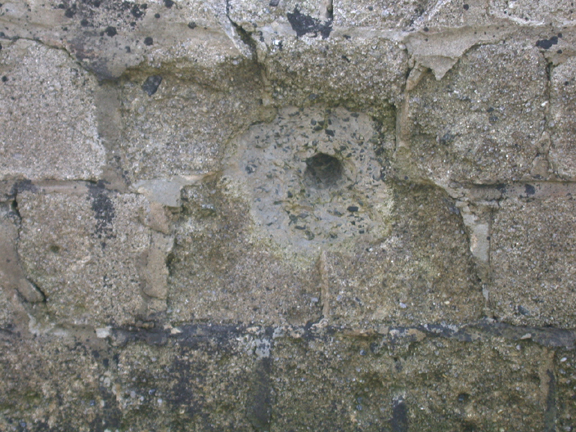 Damaged Type 24 pillbox on beach. I think it has come down from the cliff above. Probably due to erosion. Type 24b looks like an impact hole from a shell in one of the sides.

Standard Type 24 located about 20 feet above the level of the beach. 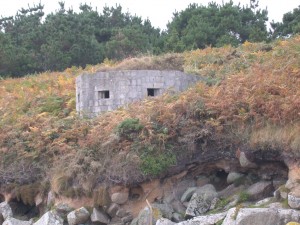