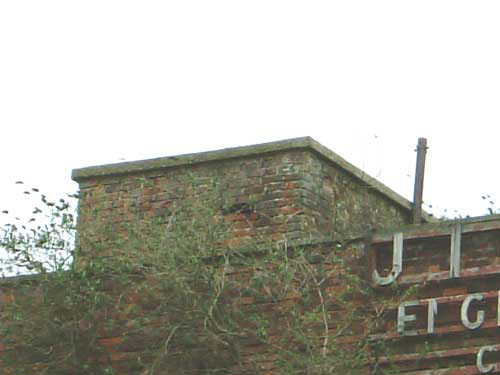 Until 2005 an unusual and rare find could be seen on top of an old  Victorian looking works which belonging to the J L Blackburn engineering company close to the River Wey at Godalming. 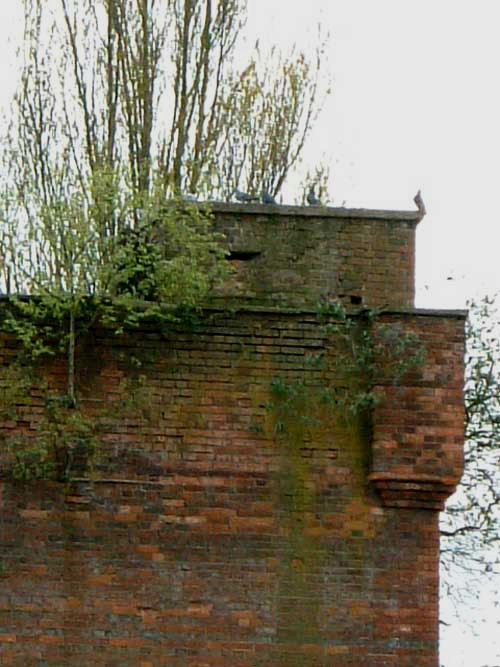 I happened to notice which at first appeared to look like a pillbox offset at the  top of the building partially hidden by shrub growth. The then unused works was undergoing preservation and some demolition of surrounding attached buildings was being carried out.

Closer inspection showed that the the box appeared to have two slotted openings (similar to loopholes), one in each visible side, and a rear opening rusting steel door, the roof appeared to be made of a concrete slab construction and a small metal chimney  was also visible on one side.

Using the details listed below it was identified by Austin Ruddy as an ARP or firewatchers post.

The general construction being like the standard civilian ARP building, with cheaper bricks and the overhanging concrete roof.

The rear opening steel door which was a feature of ARP type buildings, which would have also given some protection from shrapnel and exploding incendiary devices.

And the small chimney was most probably for a small stove to give some form of comfort for fire watchers on cold nights!

The works may have been used in the war effort and so a possible enemy target ( i was informed by a local that parts of the R101 airship had been made there). 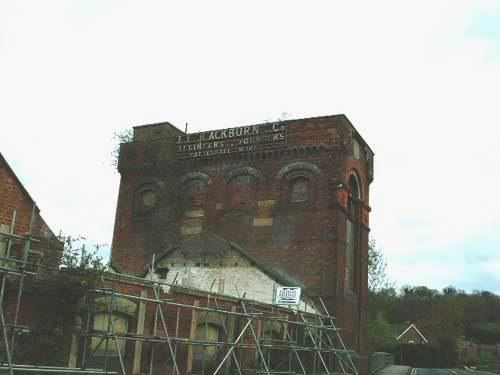 Because of its location on top of a very tall and strong building the post would given a clear view over the surrounding Godalming area.

Since 2005 the building has been converted into apartments and the roof top structure was removed. 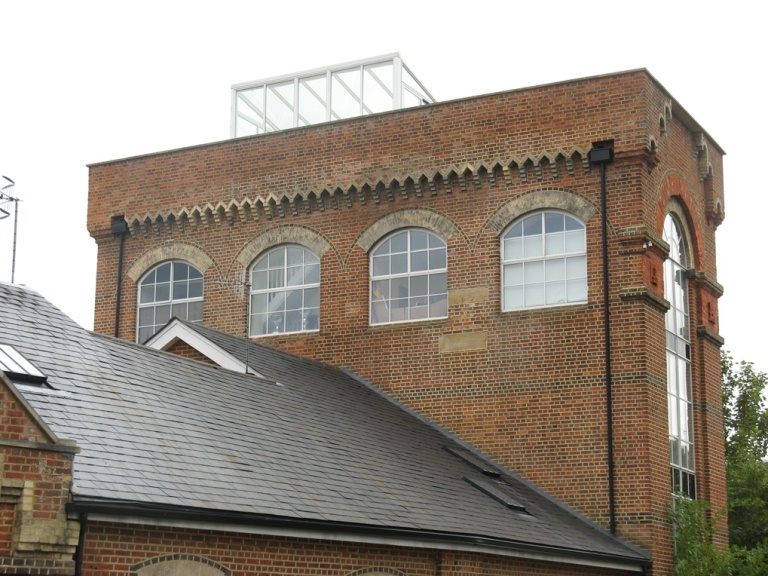 Interesting comparrison taken in 2010 showing a conservatory where the Fire watchers post once was. Picture by John Dean PSG forum 9/10