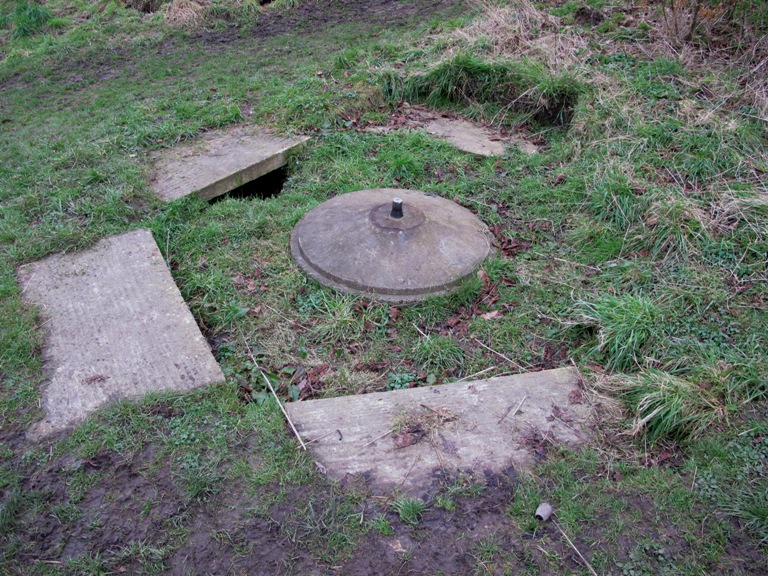 Farnham Spigot Mortar as it can be seen in 2013 with ammo locker covers exposed.

Farnham Park is accessible to all and within can be found surviving relics from WW2. During the conflict the park was close to the GHQ Line and next to Farnham Castle where the War Office had established its Camouflage Development and Training Centre.

The Spigot Mortar base at Ngr 840472 was excavated a few years ago after which it was infilled for safety reasons, when i first photographed it back in 2003 only the pintle and part of the cylinder top was visible. Now with time and erosion etc the outline is clear with all of the locker tops and top of the base fully visible.

The defence was positioned here in the Park corner overlooking South Street and an approach to the Castle. 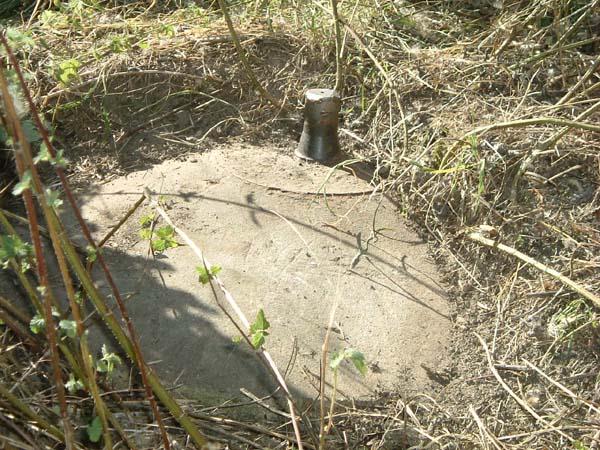 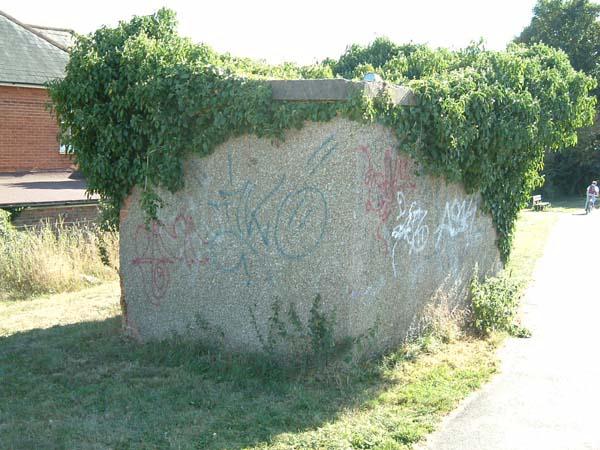 Also in the park is an Air-Raid Shelter which now is overgrown with ivy but still has the original steel door, it is currently bricked up and is rendered with pebble dash concrete.

Both of these relics are indicated in the free park guide leaflet which also gives a rather nice colour illustration drawing of the spigot mortar in operation.