Point Of Ayr is located along the North Wales coast at the tip of land on the western side of the Dee Estuary. 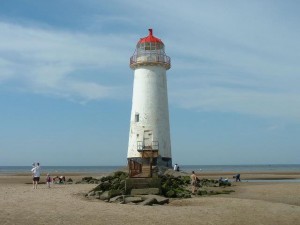 It has a wonderful lighthouse positioned on the wide flat beach about 150m off the line of sand dunes that run for miles along this part of the coast. Access to the beach is extremely easy. Just follow the signs to Talacre Beach and park your car in the free car park about 200m from the lighthouse itself.

The first pillbox to be seen is the remains of a Type 25 about 200m east of the lighthouse. Originally, it would have been located along the edge of dunes but severe coastal erosion has now moved them back by about 150m, leaving the pillbox exposed to the high tide. 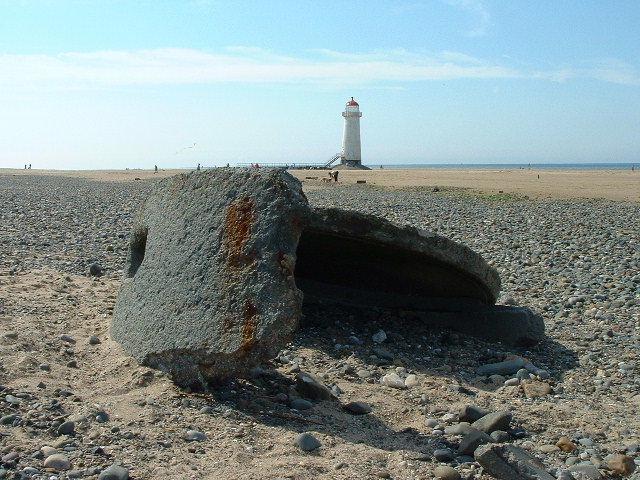 All that now remains is about half of the circular structure, with two loopholes still intact and the circular roof.

About 200m west of the lighthouse the remains of another Type 25 pillbox can be found. The circular section of this example is relatively intact but 75% of it is buried in the sand. 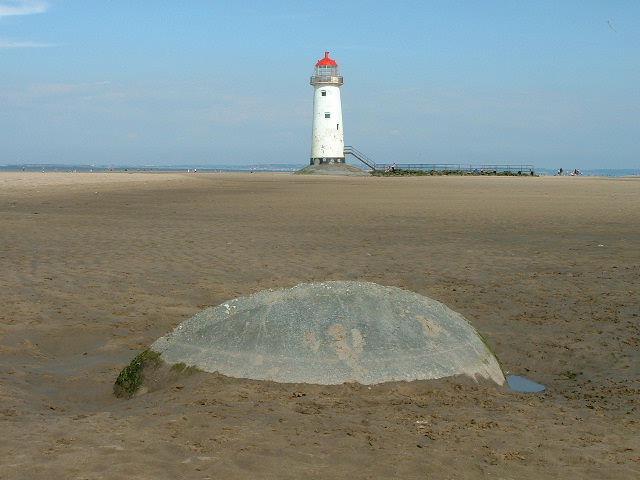 About 50m further westwards the circular concrete top can be located, but walk carefully as it is very easy to miss! 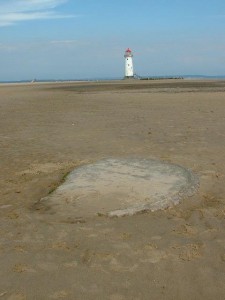 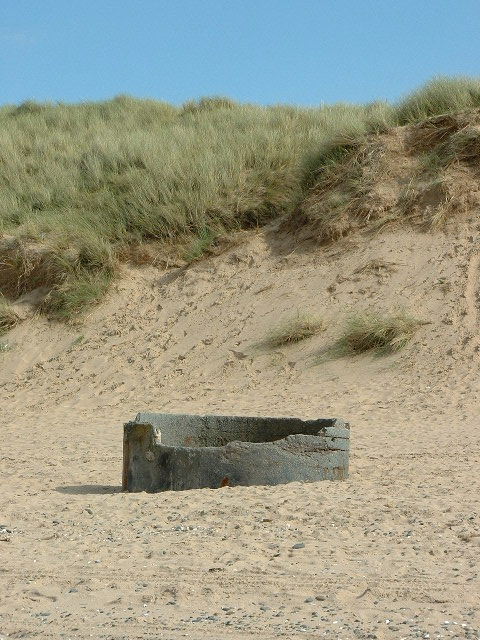 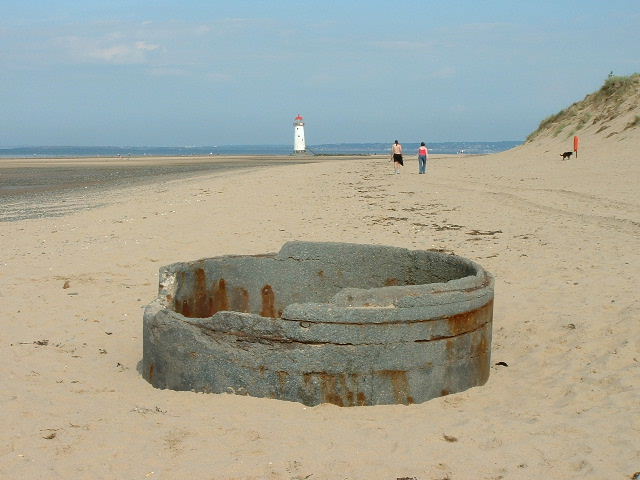 This Type 25 Pillbox can be found adjacent to the sand dunes about 400m west of the lighthouse. It has also been subjected to the effects of erosion from the sea. Although the circular section is still relatively intact, its top is nowhere to be found.