Hello to everyone in the Pillbox Study Group

I am an archaeologist working for the Auckland Regional Council in New Zealand and recently undertook a survey a coastal defence battery (2×6 and 2×9.2 inch guns) in the Whangaparaoa Defence Area, north of Auckland.

The approaches to the battery are defended by 11 pillboxes which generally conform to a standard design for the NZ Northern Defence Region C/-1942.  These are reinforced concrete emplacements (concrete is 12″ thick) for LMG’s, 13’6″ x 11’6″ x 9′, rear 2/3rds being rectangular and the front third being hexagonal with 3-5 embrasures (5 being uncommon).  The embrasures are 12″ x 24″ x 12″, widening to 30″ in the front from the 8″ mark.  The roofs were reinforced by an extra six-inches of concrete sitting atop iron supports. Entry was by a door in right-hand wall, rear third.

The guns themselves sat on wooden tables and wooden bunks covered the rear wall (the interior walls were covered in “pinex” chipboard) – two of the pillboxes (“kilo” and “lupo”) are atypical in having separate bunk-room in the rear, and Lupo is the only one with 5 embrasures. The pillboxes were built on/into slopes (probably by cut-and-fill). 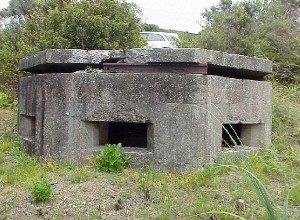 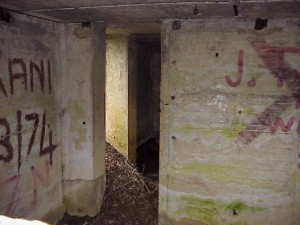 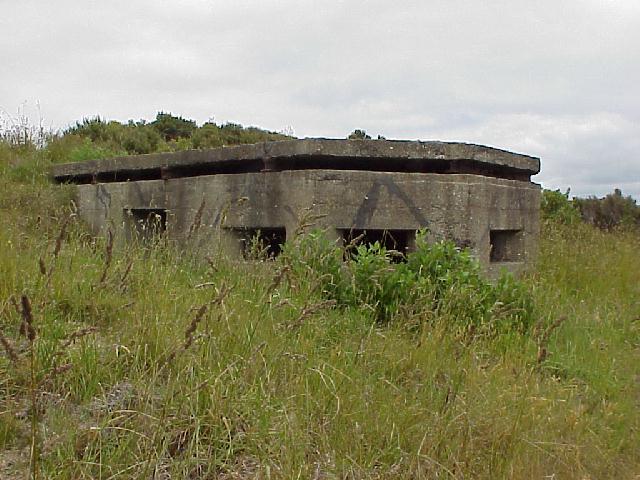 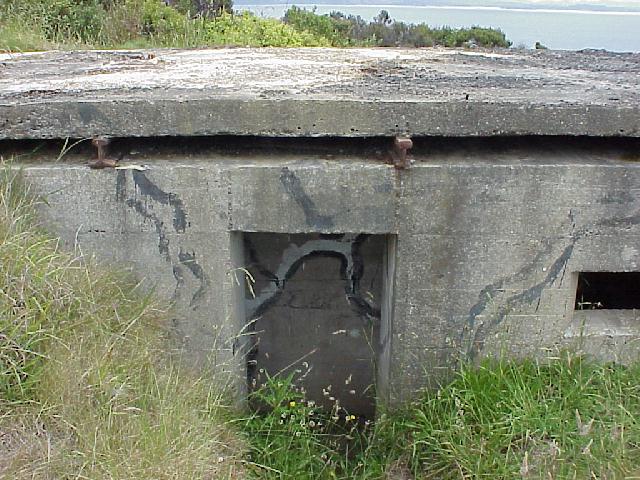 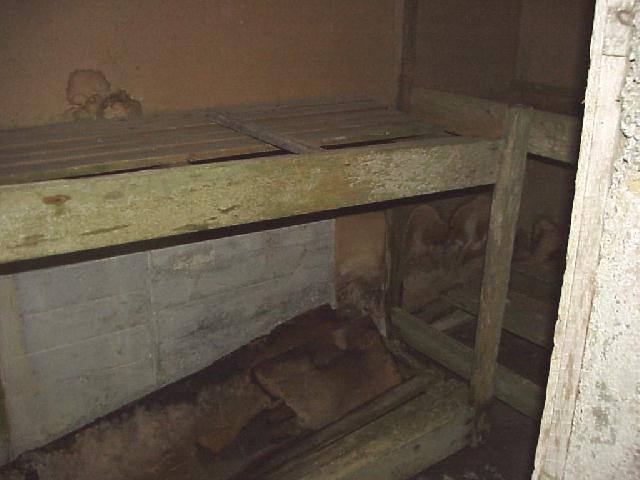 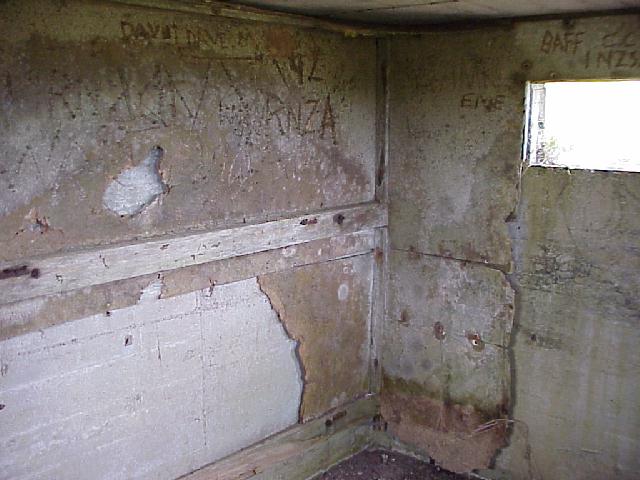 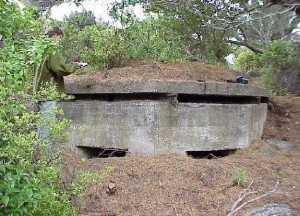 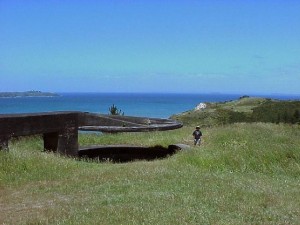 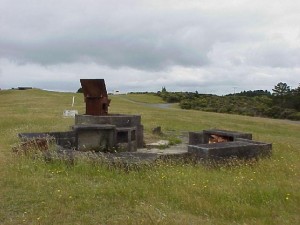 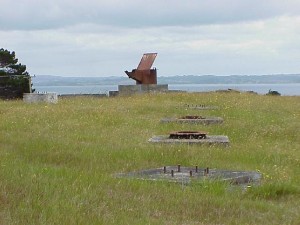 I was wondering whether someone might be able to tell me how these relate to British designs, since most of the shore defences in NZ were based on/adapted from British plans and their construction generally overseen by British experts (excluding underground works whose size and shape were based on standard NZ railway tunnel workings).

A gentleman by the name of Peter Cooke has just written the definitive account of NZ coastal defences: “Defending New Zealand – Ramparts on the Sea 1940-1950s” – Its enormous, a large format 900 pages with copious maps, figures and images. If you have access to a decent library inter-loan service it might well be worth having a look at as it covers everything from AA installations to pillboxes, coastal batteries and anti-sub indicator loop facilities.

Thanks for your time. Jonathan Carpenter, Archaeologist.