I attach four photographs of the exposed beach at Brancaster, north Norfolk on the 18th February 2005. 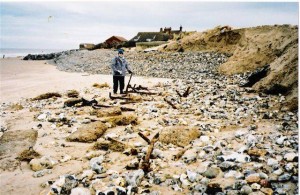 The beach scaffolding has been exposed by recent high tides and the section of exposed angled wall I think may well be an anti-tank wall? 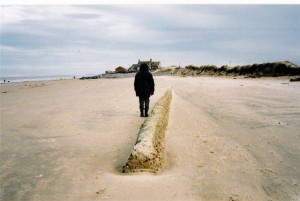 As the command building (now the Brancaster Golf Club) is beside this section of exposed scaffolding and concrete wall I think it all seems to fit in with a defended location. 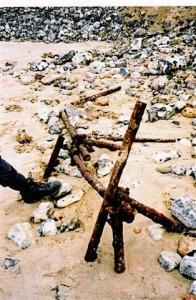 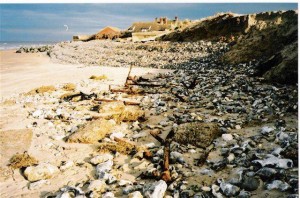 Since the above pictures were published on the Pillbox site the beach has altered a lot.

All the scaffolding has been cleared away and one of the three pillboxes that was on the top of the sand dunes appears to have been destroyed. I checked its position the best that I could, but there was no sign of it. The sand dunes are very low now and the line of them has altered since last year. The picture of the wall I took is fortunately still there, but for how long I do not know. I thought you and any members who know the area would be interested in just how quickly some sites are being destroyed.