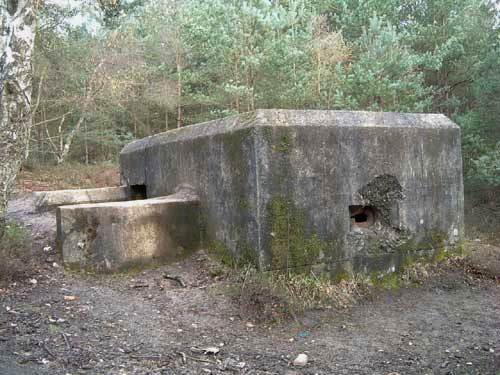 Not far from the D-Day training wall at Hankley Common is an unusual rectangular blockhouse set on the edge of Kettlebury Hill, this once had a clear commanding view across the open common below but over time the view has been  obscured by tree growth.

The structure is quite impressive and almost Germanic in appearance, constructed by concrete being shuttered it has a smooth finish and appears very different to normal wartime defences.

Generally the exterior is in good condition however there is some damage around its sole observation port which was fitted with a slotted steel plate. 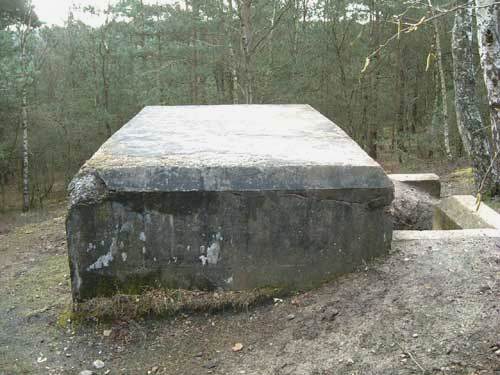 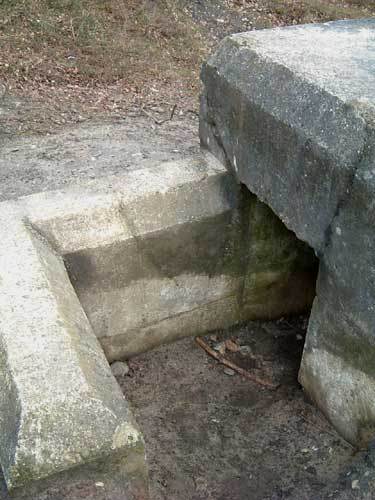 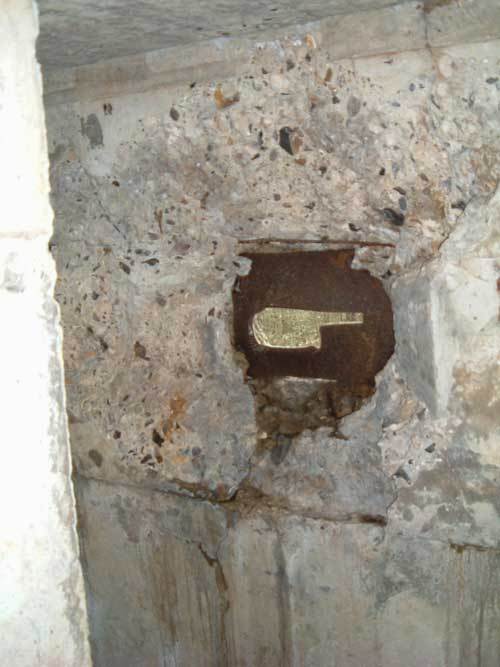 The interior is very cramped but accessible through the low protected entrance wall, due to subsidence soil has covered steps that lead down and into the entrance. Once inside there is a central baffle wall and passing this you find yourself in the small main part with forward facing loophole which has suffered with spalling as if hit by ordnance. 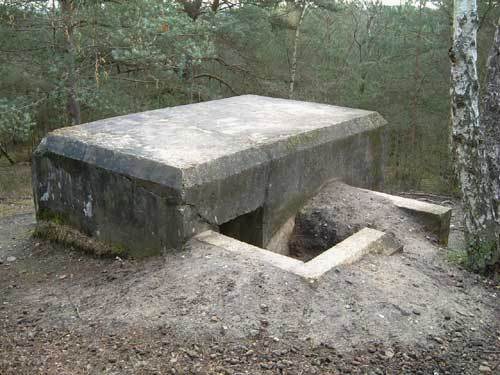 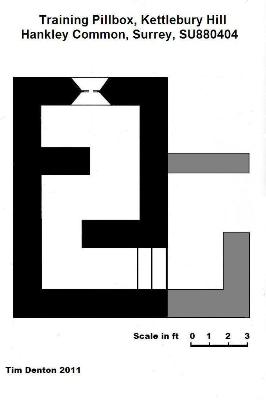 The Defence of Britain Database suggests the box was probably “experimental” or used for a mortar observation point, it was possibly even used in conjunction with the nearby “Atlantic Wall” during pre D-Day assault practise.