Two pillboxes for a Vickers machine-gun near ‘Moulin du Rhin’ east of Dunkirk. 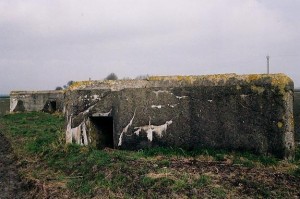 They are part of a group of four pillboxes that defended the inundated polders in the western part of the Maginot Line. 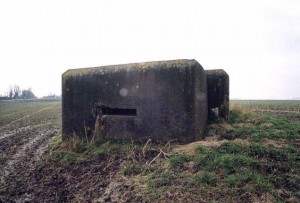 The front of one of the pillboxes near ‘Moulin du Rhin’. The embrasure is slightly damaged, but this is probably due to the corrosion of the reinforcement. The embrasure is very low because a high elevation wasn’t necessary in the flat polders. At the same time it gave more protection against flat trajectory guns. 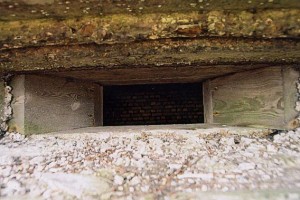 The embrasure of a MG pillbox. It has been reinforced with 5cm thick wood that is still in a perfect condition. 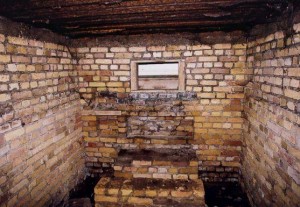 The interior of a MG pillbox. The inner walls are made of bricks. Note the steel plated roof.  This prevented any lose concrete falling onto the occupants and would highlight cracks during bombardments, making it very demoralising for the emplacement crews. 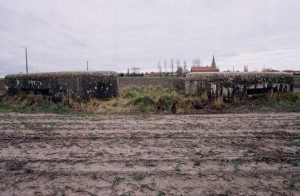 Two simple pillboxes for a two-ponder gun near ‘Hondschoote’. These are a good example of the bad co-operation between the French and British Troops. They were built behind a French blockhouse that became a dead angle for the guns. 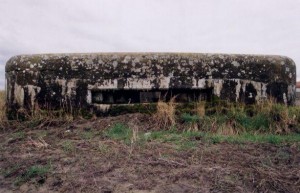 The front of one of the two 2-pounder pillboxes. The embrasure is very low in order to protect the gun against fire from high velocity guns. 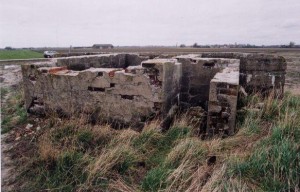 The rear shows the real character of this pillbox.

In fact only the front is constructed of concrete, while the rear is made of bricks. It doesn’t seem that this pillbox had a roof. Note the narrow entrance that made it almost impossible to get the gun out. 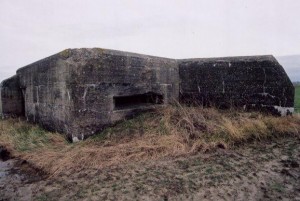 Another pillbox for a 2-pounder gun near ‘Hondschoote’. The ‘oreillon’ right of the embrasure is very rare in British pillboxes in France. This pillbox has an angled entrance which seems to make it almost impossible to get the gun into the structure itself. 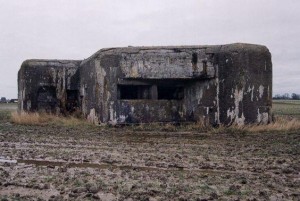 For comparison, a French blockhouse type ‘Groupe d’Armee 1’. Normally this type was armed with two 8mm Hotchkiss MG’s and two 25mm AT guns combined with a frontal Observation Post. However, all the blockhouses of this type near Dunkirk lack the support of their weapons, whereas these were installed in the same type of blockhouse in other sectors more to the east. Perhaps the French had envisaged the use of British weapons. 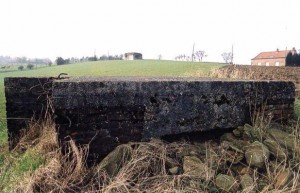 A small pillbox of mixed construction near the ‘Mont des Cats’.The walls are constructed of brick but the roof is concrete. The armament probably consisted of a light machine-gun. At the background you can see a French blockhouse for a 25mm gun.

Note: These Two Photo’s Have Now Been Identified As German Pillboxes! 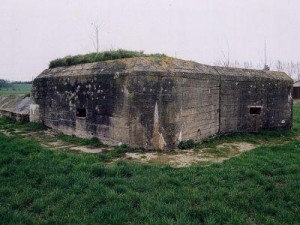 The area around ‘Lille’ was defended by troops of the BEF. It consists of a trench shelter with an adjacent MG pillbox. Note the very large base on which it was constructed. 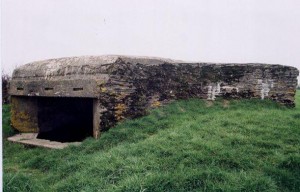 This particular example is located south of ‘Wervicq-Sud’ and fires westward. It is a German bunker, having a large entrance at the rear with an ammunition niche on both sides. 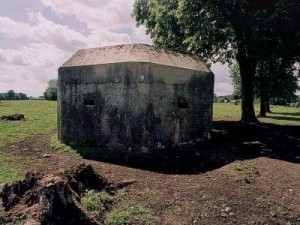 A small pillbox near ‘Dombrie’, a village west of the River Scheldt (Escaut). It has very small embrasures for a rifle. This particular example is located 100m from a French blockhouse. 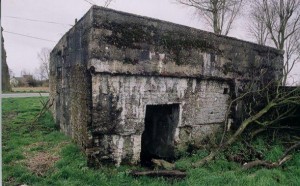 It has six embrasures: two frontal, two flanking and two small ones for the defence of the two entrances. It seems that it was camouflaged like a house. 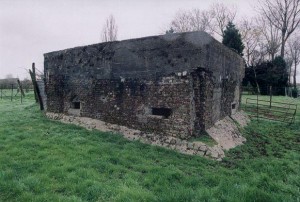 At one side there were three small bushes at regular distances to support the beams of the false roof. 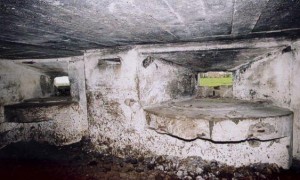 by Caspar Vermeulen Wrting from The Netherlands