I wonder how many visitors to the Snowdonia National Park pass these Pillboxes every year without even giving them a second glance. Those that do acknowledge their existence probably give no more than “What on earth is a Pillbox doing up here in the mountains?”

Well, I’ve past by them many times and finally decided that I should look at them just a little more closely. Centered around the famous ‘Pen-y-Gwryd’ Hotel are four Pillboxes constructed of the local welsh slate and blended into the landscape by various methods.

Travelling eastwards up the A498 from Beddgelert the first pillbox is found on the left about 250m from the road junction. It has a commanding view down the valley and up towards ‘Pen-y-Pass’ to the Northwest. Like all the other three examples, it is well camouflaged with local slate.

About 20ft by 10ft, it is an imposing structure! It also has some unusual features, notably ‘glazed clay pipes’ set at a downward angle from inside to out and located at the corners of the structure. As the loopholes are ‘blind’ at these points could they have been for a pistol or perhaps to roll grenades out onto unsuspecting attackers sheltering in the blind spots! 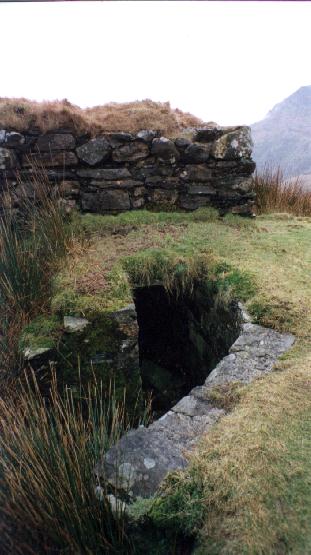 The entrance is curved and provides a wall behind which the defender could give fire support to enhance the effectiveness of the pillbox.

These photographs illustrate the pillbox found on the eastern side of the hotel adjacent to the A4086, heading towards ‘Capel Curig’. There are a few minor differences, such as in the entrance, otherwise this example is almost identical. 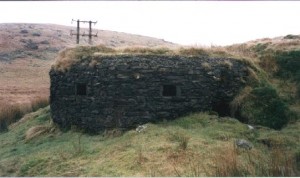 On the southern side of the Hotel and adjacent to the western end of the lake, a camouflaged example of a Type 22 can be found. It is set into the hillside behind and hence can only give support to the to the east.

The final pillbox is of the ‘large design’ already illustrated. Unfortunately, lack of time prevented no more than a cursory glance from about 300m. However, it is located above the A4086 as it climbs from the Hotel A4086/A498 Junction towards ‘Pen-y-Pass’. Any vehicle coming down from the pass would have a nasty surprise as it rounded the bend!