Revealed, a long hidden Hampshire Pillbox On a bitterly cold day during January 2007, Graham Matthews and I spent a morning giving a ‘makeover’ to an unusual shell-proof pillbox near Hook in Hampshire. The wartime structure had lain shrouded in undergrowth for the past 30 years or so, and could hardly be seen due to its blending in with the tall hedgerow behind it. 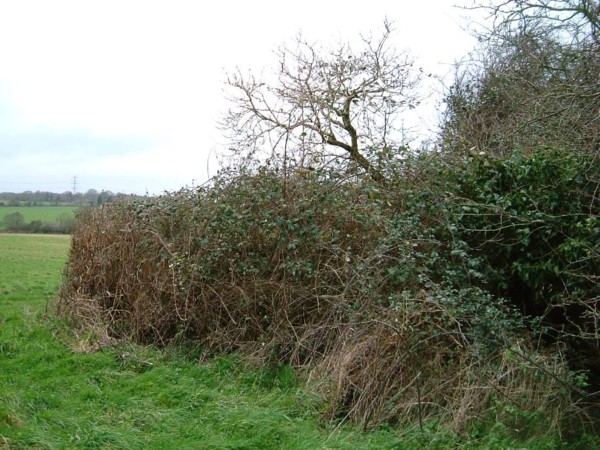 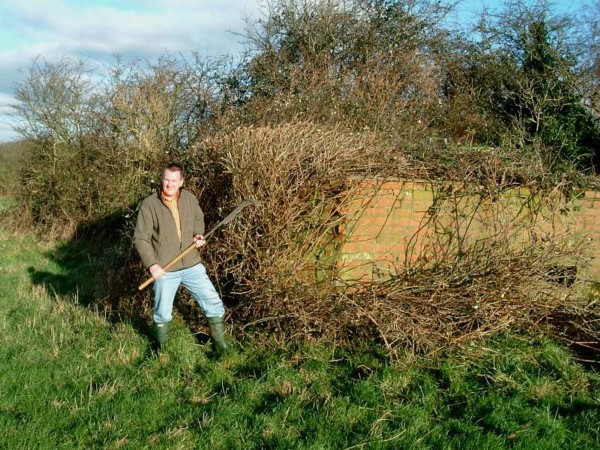 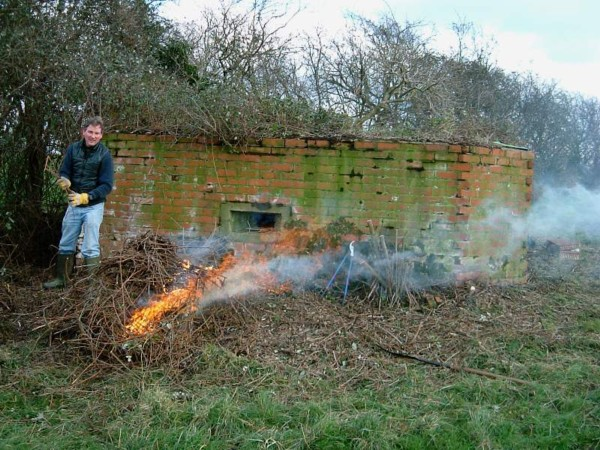 I had come across the elusive south-west facing defence at SU738565 whilst carrying out a survey on the fields during the previous two years. The farmer had very kindly given me permission to remove the offending brambles and ivy growth allowing a full record of measurents and photographs to be taken.

The pillbox is  located on private land and  is used regulary during the year with its roof used as a  platform for clay pigeon practise.

GHQ line A crosses the fields here, moving from north east to a south west direction and following the course of the River Whitewater.

During a conversation the land owner told me of an anti-tank ditch that ran across the field between the location of the Pillbox and the woods to the west, the ditch ran from the edge of woodland which faces the dug in defence and finished at a drainage ditch between fields just below its location. 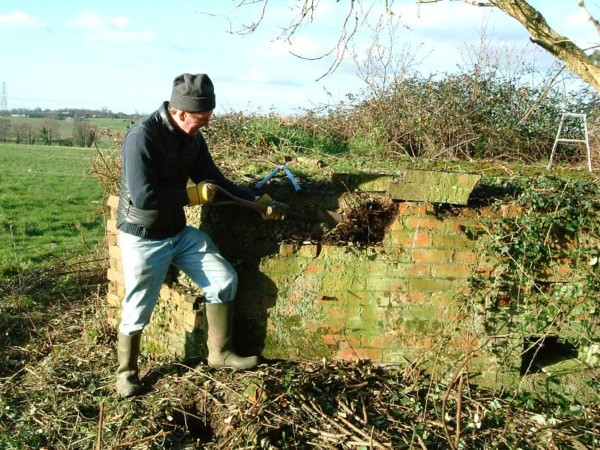 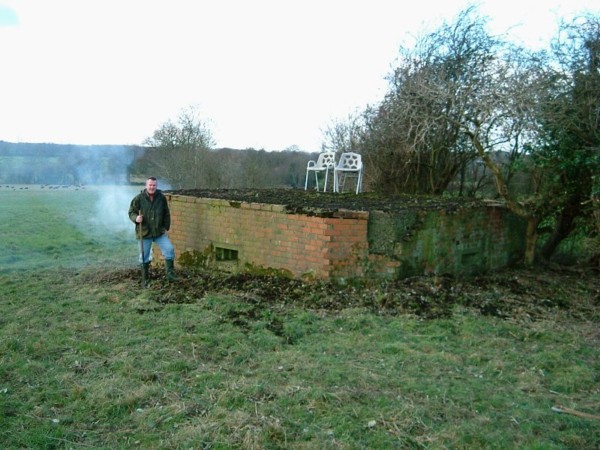 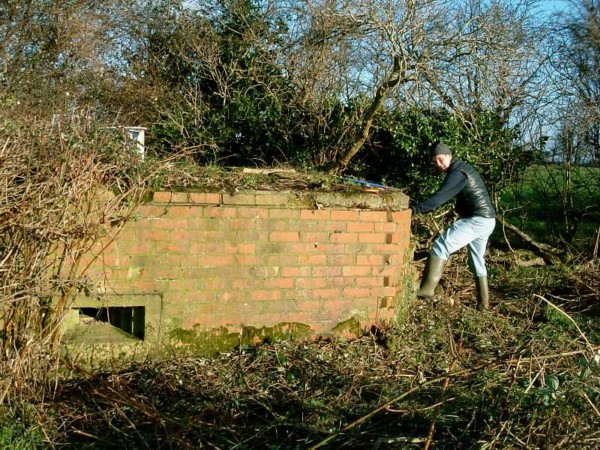 The anti-Tank ditch was in filled in during the late 1940s, but occasionally in the past large lumps of concrete and the odd tree trunk were brought to the surface when the field was being ploughed for agricultural use.

The hidden pillbox is the most intact example of its type which i believe is unique to the GHQ line A, two more survive but are in poor condition, overgrown and with the brick shuttering coming away. .

Graham had risen early that morning, and had driven the 100 miles from Dorset to help me with this interesting task, whilst I supplied the cutting equipment and tools needed he very thoughtfully brought his portable stove for a well-earned brew up during one of our few breaks.

I had promised the farmer I would leave the area tidy, so a bonfire was lit to warm us on this sub-zero morning and to dispose of the mountains of removed undergrowth. 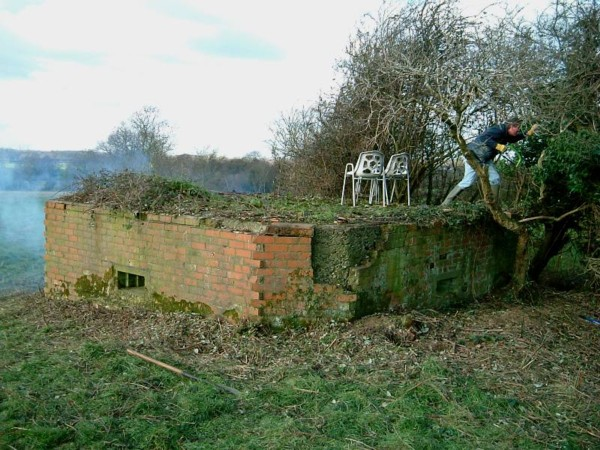 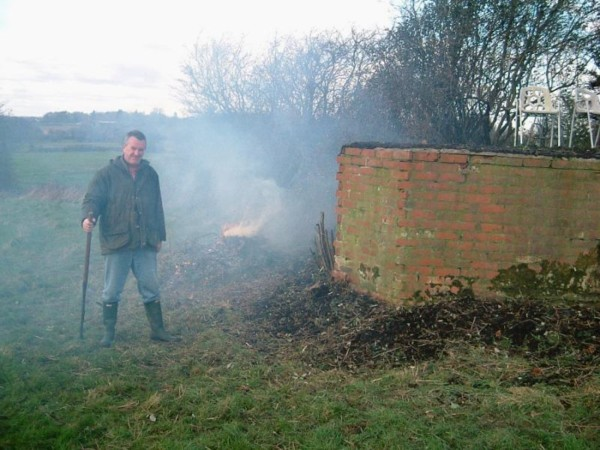 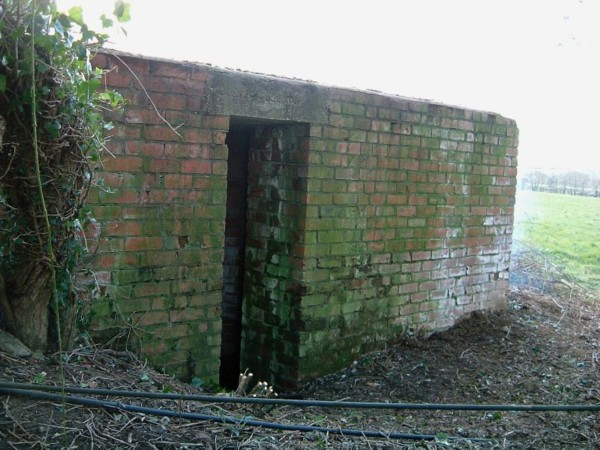 After hacking through two to three foot deep vicious brambles the sides of the box became visible, sure enough the defence was dug in on the sloping field’s edge appearing roughly square in shape. Both of the pillboxes front corners are chamfered as a design to deflect incoming shells, the rear wall has a central doorway with no protection from loopholes.

The top of the rear entrance has a substantial concrete lintel mounted above, the Pillbox has three loopholes each of these is made from a two piece concrete casting measuring 30 inches across, two of these still have the flame proof flaps attached.

Internally the pillbox is in good condition with minimal dampness, the central X shaped anti ricochet and internal lower walls still have a very visible coating of the white paint like found in most pillboxes in the area, all of the weapons shelves have the step up point with triangular cut out and round weapon mount point. 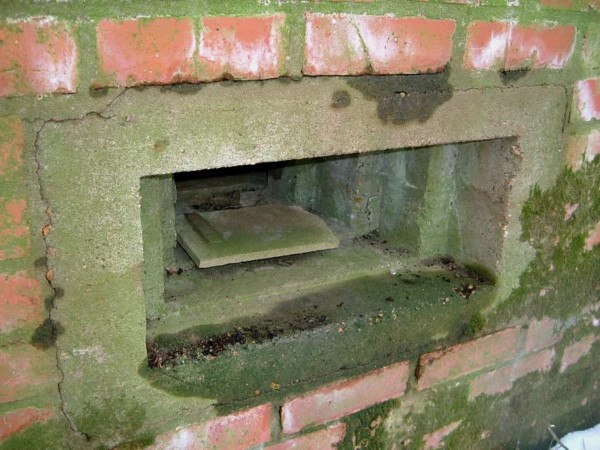 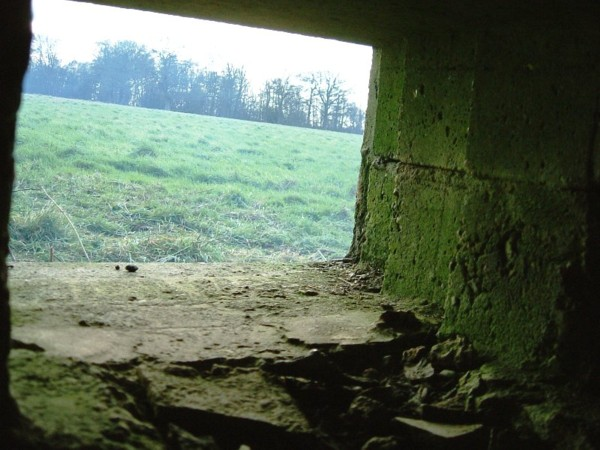 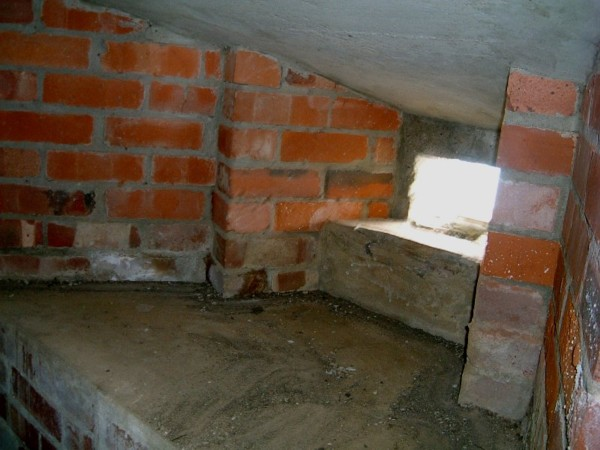 The only  deterioration  found on one of the front corners on the box, this had a small area of red brick shuttering missing, some of the missing bricks were found and Graham expertly slotted most of them back in place.

The defence faces south west too enfilade along the now in filled anti- tank ditch, the side loopholes enabled angles of fire covering the river at the bottom of the sloping field and open fields to the east. 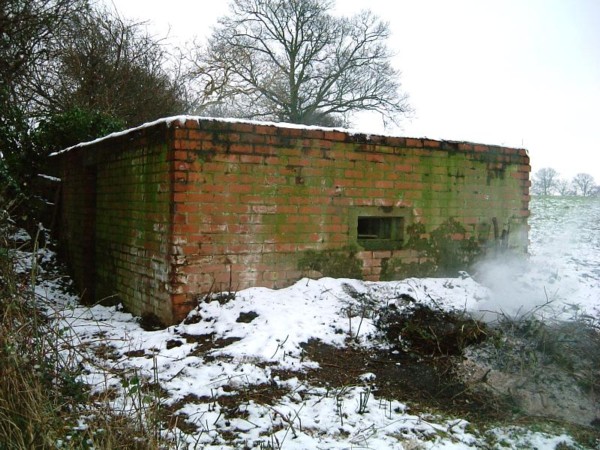 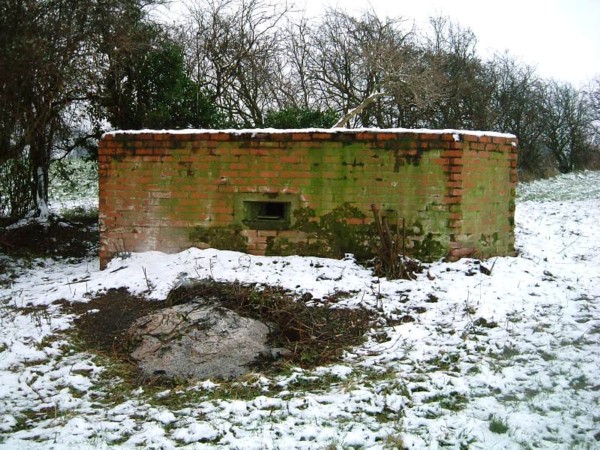 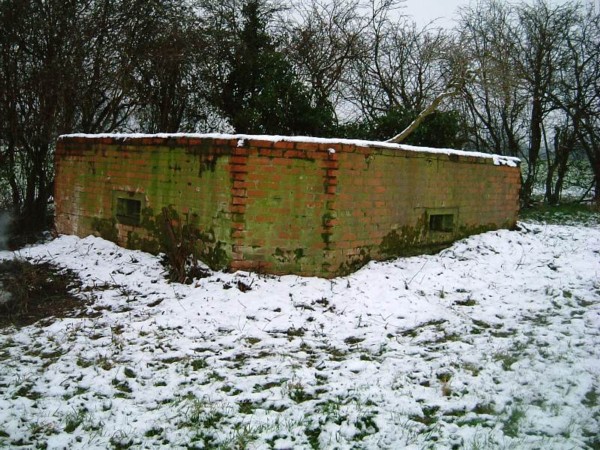 We eventually completed our task at around 2pm, both quite tired but well pleased with the result, the snow landscape pictures were taken the following day on my return to check on the fires’ work.

Please note this pillbox is on private land.