The Maiden-Newton To Dorchester Section

Down in the deepest, darkest depths of Dorset the remains of hundreds of Second World War structures still lie littered around the countryside. The county of Dorset, with its extensive coastline, natural harbours and relative proximity to the shores of northern France made it a primary invasion target. To that end many of the Defence structures were positioned, quite naturally, along the coastline and many are still to be found in the well documented areas of Chesil Beach, Portland and Studland Bay.

But what of the Inland Defence ? After extensive research of the local 1:2500 scale maps and numerous site visits to the Maiden Newton area I concluded that there was infact a Stop-Line approximately 15km inland from Chesil Beach. The following structures were found and reported to the Defence of Britain Project:

Maiden Newton itself is a small village situated at the confluence of two river valleys, the Dorchester to Yeovil Railway Line and the A356 road from Dorchester to Crewkerne. A pretty important position ! Not unusual in itself but the extensive defensive structures found around its perimeter suggest that it was an Anti-Tank Island. More than one hundred anti-tank blocks, a Nissen hut, Ammunition stores and even a Spigot Mortar base complete with stainless steel mounting pin remain.

The Stop-line itself uses the man made railway line from Maiden Newton to the village of Grimstone, 5km southeastwards towards Dorchester. The numerous Pillboxes of Type22/23 design are positioned to use the embankment to the best possible topographical advantage. Almost each has commanding views across the river valley southwards and of course towards the Sea. Any advancing armour and troops would have had the difficulty of fording the river before an attempt at scaling the embankment could begin.

Hopefully I will be revisiting these sites this year and updating the page with photos.

Extracted From An Article Compiled By The Maiden Newton & District Community Museum Trust.

Like many areas of Dorset, Maiden Newton had a succession of regiments prior to embarkation, evacuees from London and POWs based here for virtually the whole period of the war. At certain times the sides of roads were packed with tanks and military vehicles – both men and machines on a general movement towards Weymouth & Portland for departure to the front line.

Remains of Nissen Huts and Anti-Tank Traps can still be seen in the area.

HM King George VI spent a night in the Royal Train in sidings at the station following inspection of troops in the area.

The Lincolns were the first to arrive in 1939 followed by Royal Sussex A Coy, some of whom were based at Rainbow Villa (now Cheverels). Although villagers were not supposed to know the various regiments, people remember the kilted KSOB soldiers and church parades with bagpipes and the Grenadier Guards marching down from Yeovil, staying very briefly.

Later, American units camped here, including the 1st US Infantry Division. Canadians & French Canadians were based in Chilfrome Lane to man the two guns trained for the protection of West Bay with a landline contact. Reputedly, they had their own private war with each other!

The Lime Kiln was used for Home Guard training. The secret weapon and grenade stores in the hills around were regularly patrolled by mounted HG`s. The local HG leader arranged ladies` classes in rifle shooting and hand grenade throwing, attended by, among others, Sylvia Townsend Warner.

Officers were based at Manor Farm and Maiden Newton House, the stables of which were used as the guard Room which was reputedly never short of custom! Guards were always mounted at the gates of both houses. A house in Cattistock Road (no longer standing) was used as a sick bay, particularly during a `flu` epidemic.

Very early on in the war, a Wellington bomber returning from a raid came down in Grove Stall, Chilfrome, after circling the village to allow the crew to bale out safely. A German Heinkel was shot down over Frampton and the pilot, Alois Dolinger, baled out but was killed. He was buried wrapped in his parachute in the cemetry, but was exhumed and sent home in 1963.

The school football team was returning from a match at Stratton when their train was machine gunned as it left the tunnel. The same plane gunned the village and bullet holes can still be seen in the church windows.

Some Air Raid Wardens were so keen that people made wide diversions to avoid being caught using petrol. They also used to “take the tractor and trailer to the blacksmith for repair” so that they had transport home after an evening out!

Lorry loads of German POWs came daily from Parnham House to the local farms; they wore grey uniforms. Later, Italian POWs arrived wearing brown uniforms with a patch on the back.

The Americans were allowed to use the three Pubs and other village facilities, and the then children remember the chewing gum and other gifts. Some village lads managed to get into the James Cagney ENSA concert at Saville Hall, Cattistock. He also visited US military hospitals in the area.

Half of the milk factory (now the industrial estate) was used as a military store and mess hall for the Americans and the other half retained the dairy function, including cheese-making. The Mill made machine guns, providing work for boys leaving school. Stuarts had a Corn, Cake & Cattle feed business and Mearns had the milk round. Weston & Hardy had the corner shop and Stuarts the paper shop. The Postmistress was Miss Hurst and the Houses had just taken over the bakery. The butcher and garage were also in use. On VE Day, the cows would not pass the waving flags on the way to the dairy without a lot of persuasion.

Possibly topping the list of Dorset families with the most members serving was Mrs Chubb of the Council Houses, with a husband, 7 sons, 6 nephews and 2 nieces in uniform. 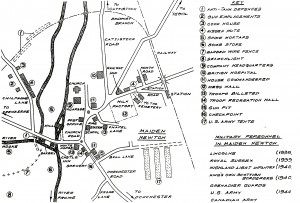 Located On The Edge Of The Sewage Works Lane & Guarding The Entrance To Maiden Newton From The South. 5 Main Loopholes With Pistol Port Covering The Entrance. Constructed Of Concrete And Brick With Internal Anti-Ricochet Wall. 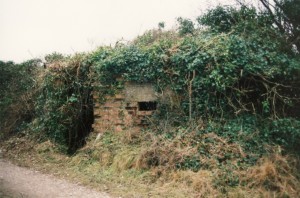 Located On The North Side Of Moreton Ford 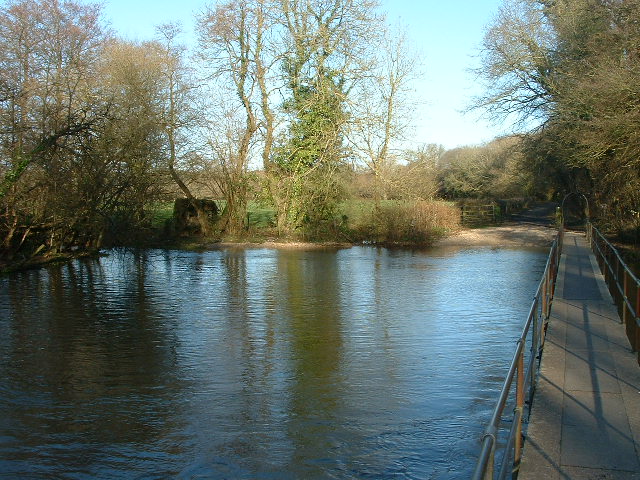 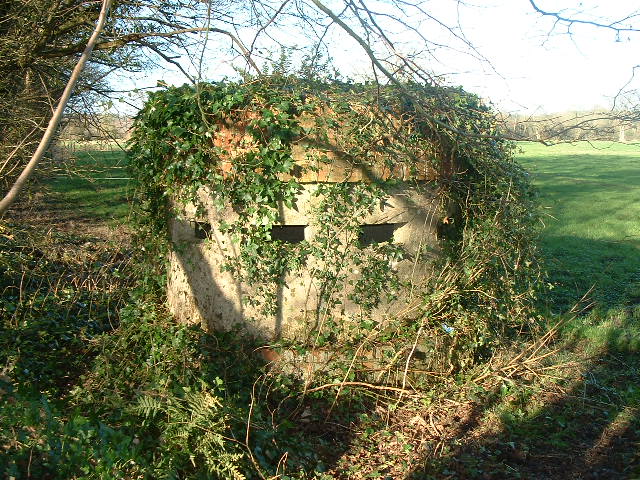 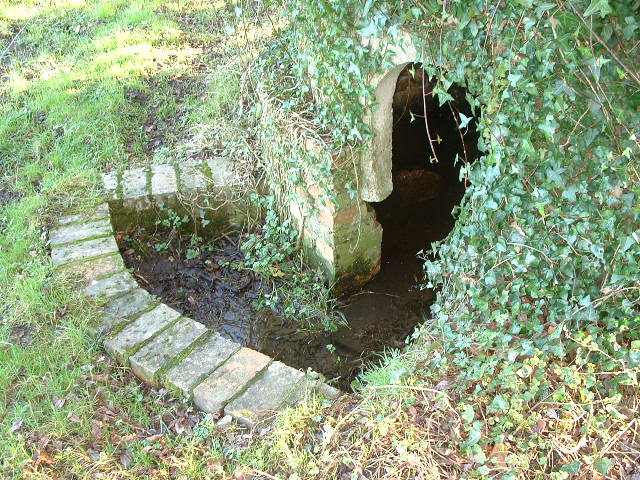 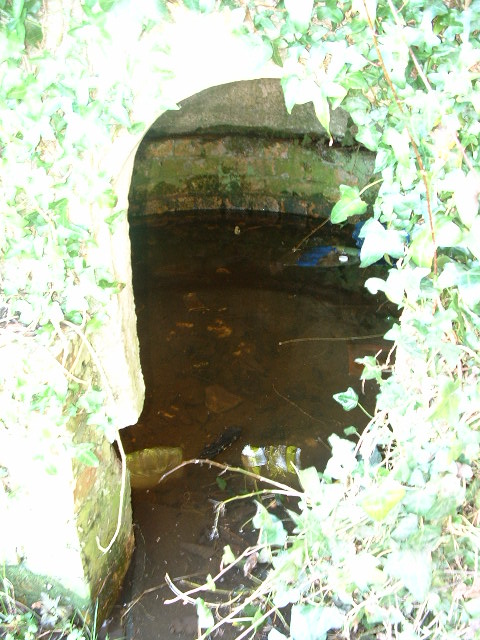 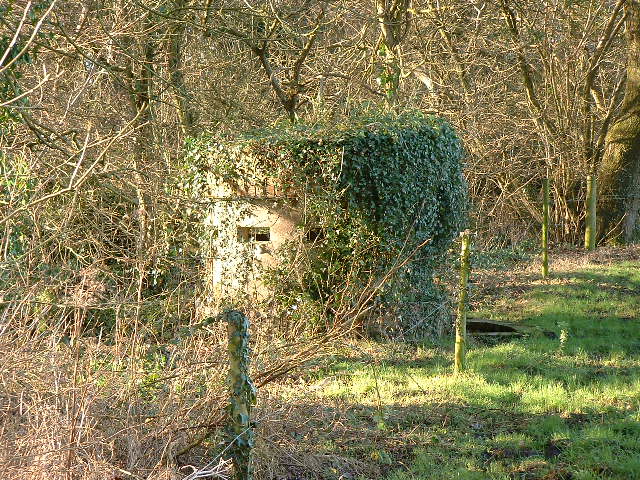 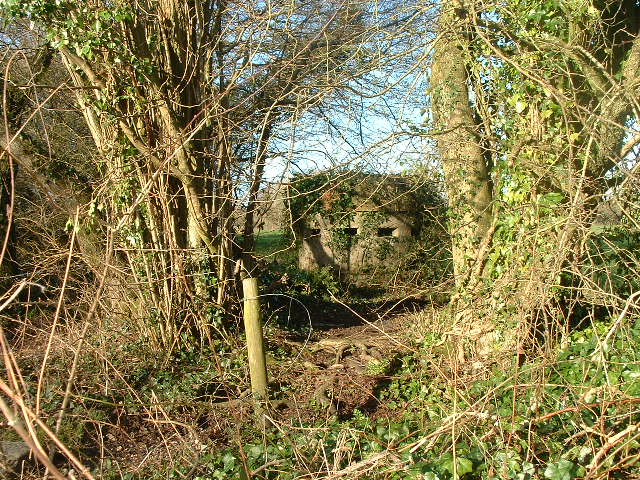 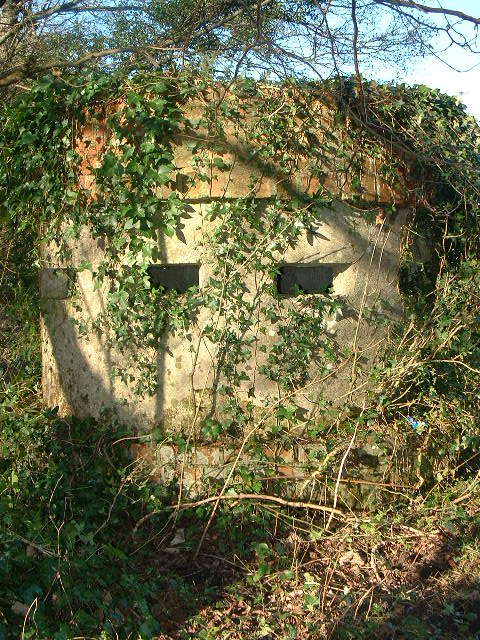 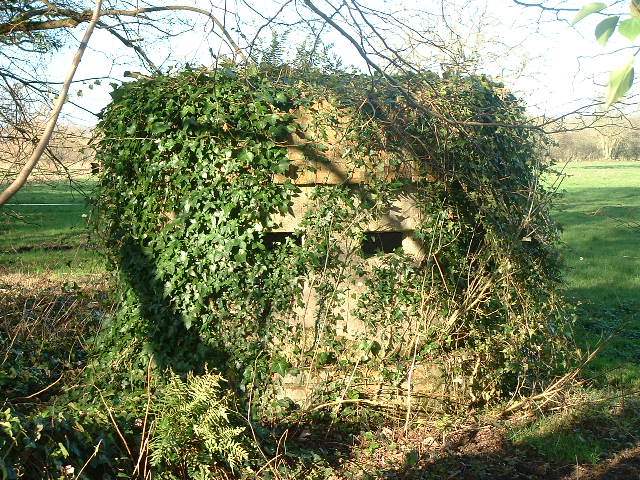 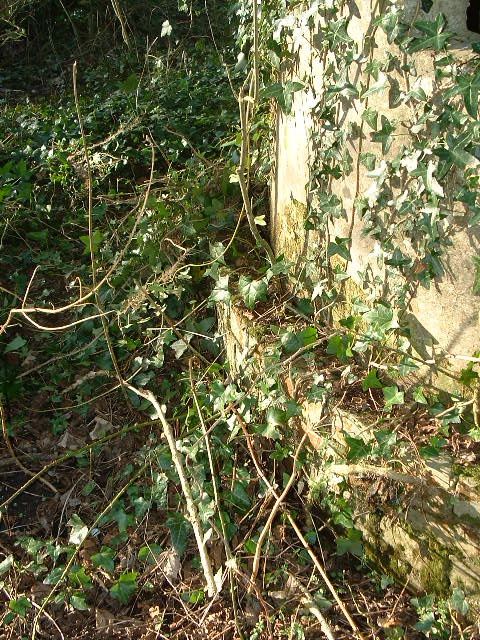 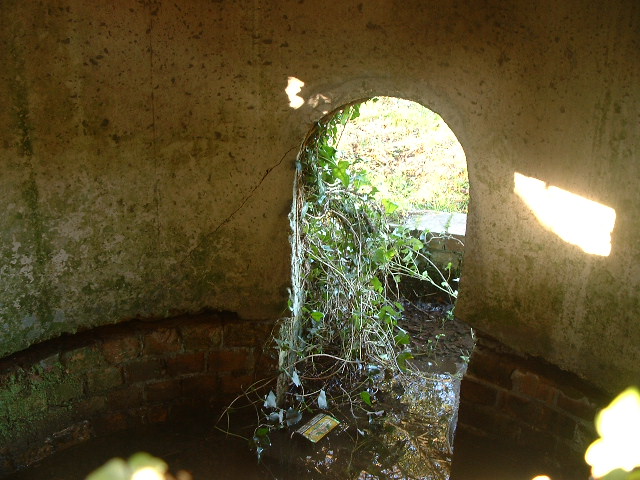