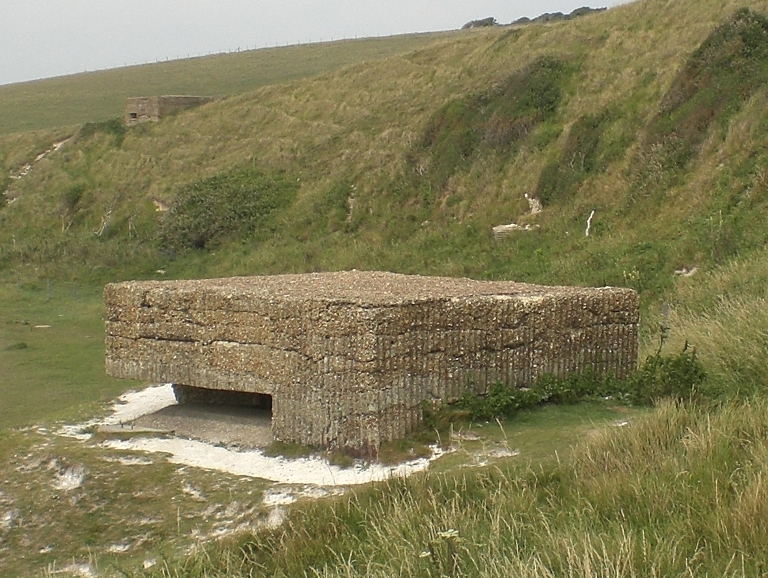 There are three of this local design variant to be found within the Seven Sisters country park near Seaford in East  Sussex, two are accessible and the other is sealed with a door.

The specification is similar to a standard Vickers Machine gun emplacement with a solid table below a wide but un stepped loophole. The outer walls were shuttered using corrugated sheets and poured concrete. All of the pillboxes were made to shell proof specification but have varying thickness of between three and three and a half foot, brick shuttering was used internally and roof thickness is two foot.

The gun table measure two by four foot and has a front recess to hold the Vickers MMG tripod leg, there is no additional vent like a standard Vickers emplacement probably as the wide embrasure and open rear entrance and sea breeze would have allowed sufficient through draft to keep the defence clear of smoke and fumes. 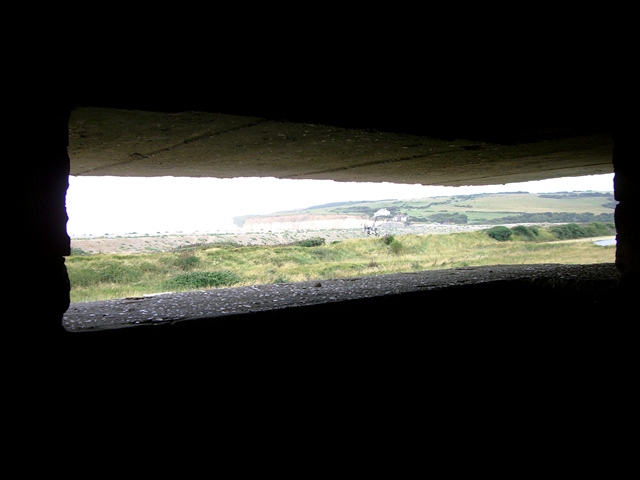 Machine gunners view looking out of the wide embrasure towards the beach.

Access to interior via steps down to the confined space of six foot square with the weapon table positioned so the gun crew could get maximum traverse of the Vickers.

On the west side of the River a  brick shuttered example can be found on the side of the valley positioned so it could fire out upon the vast concrete anti tank wall and facing beach landing ground. 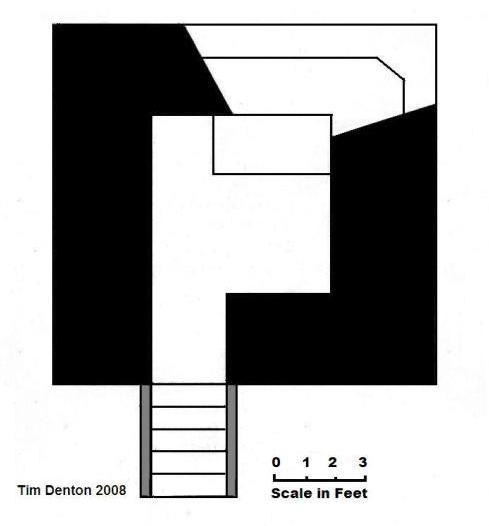 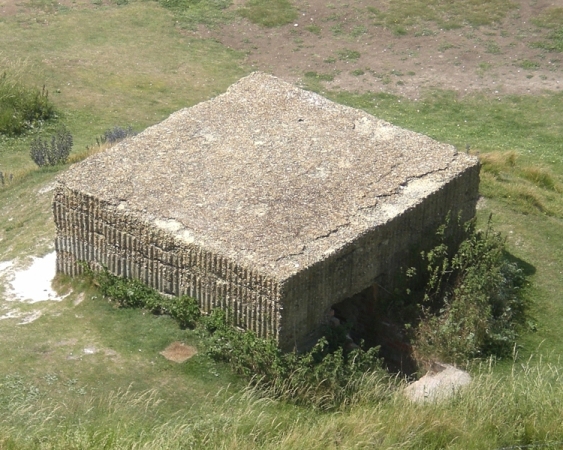 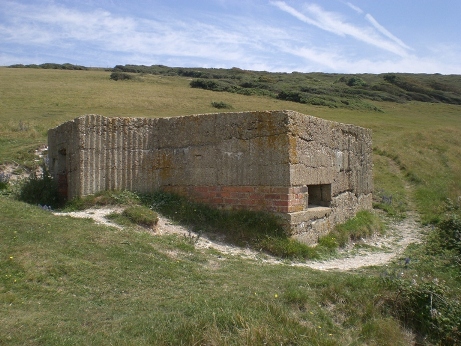 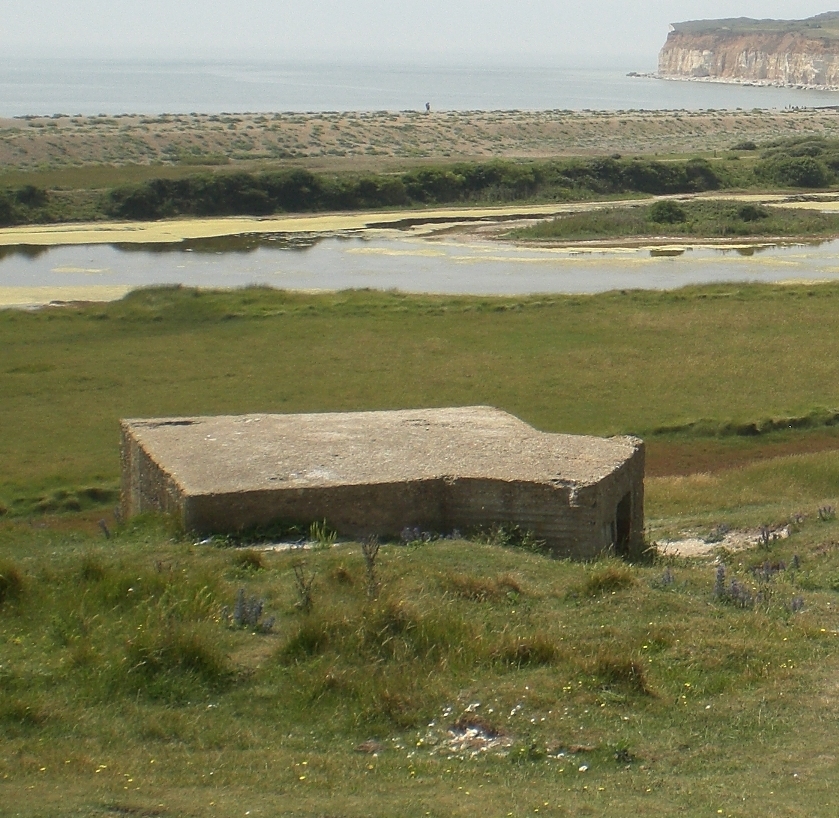 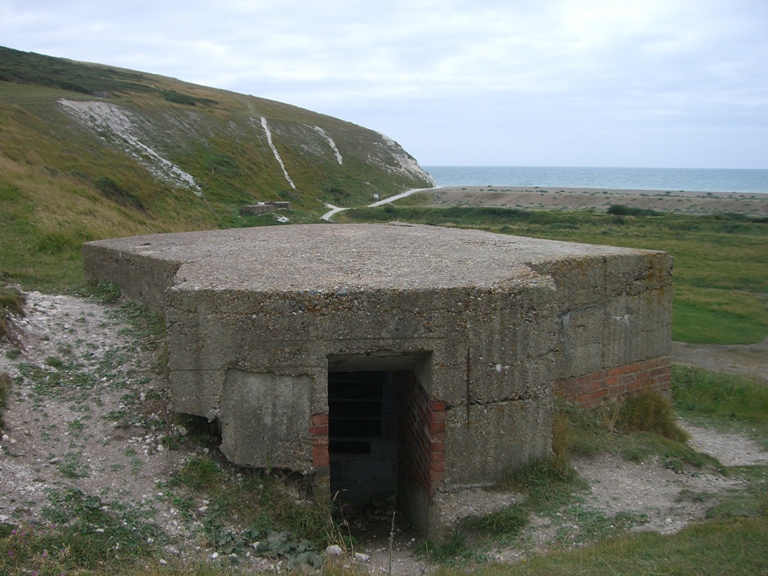 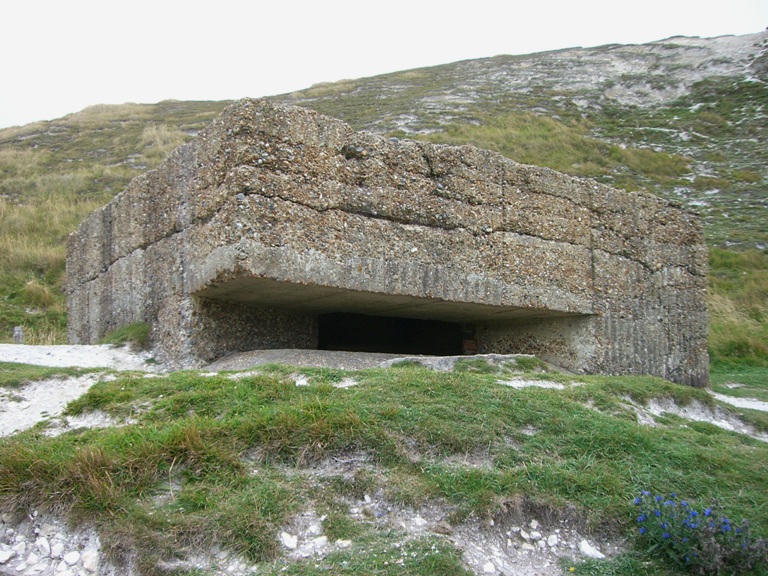 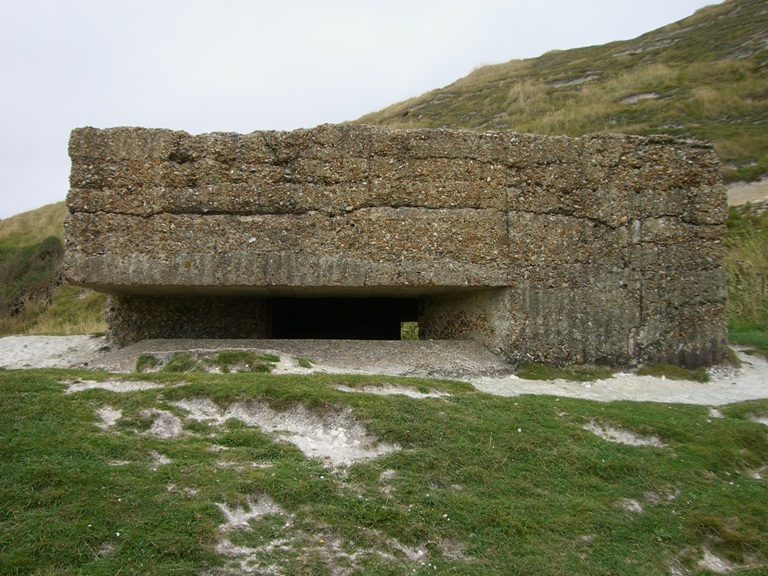 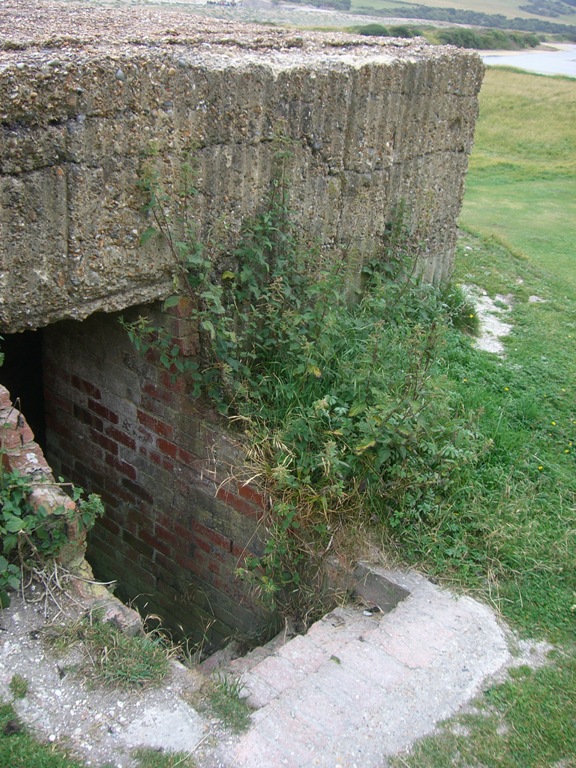 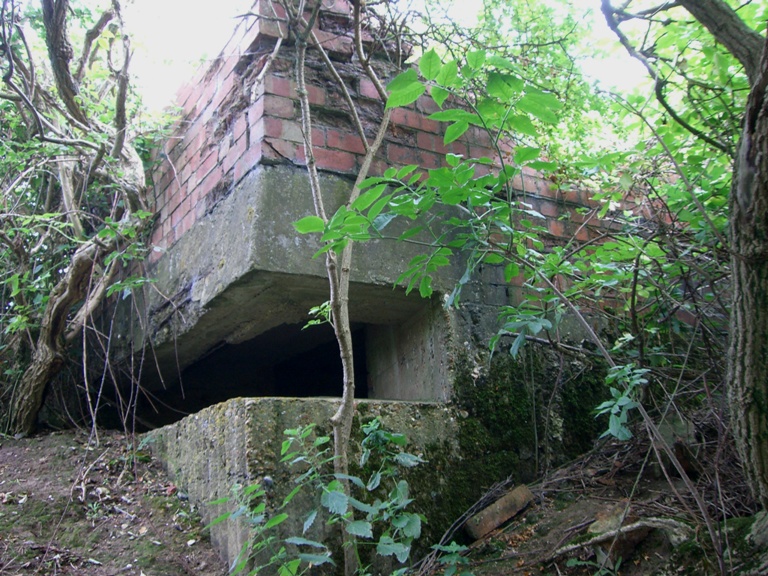 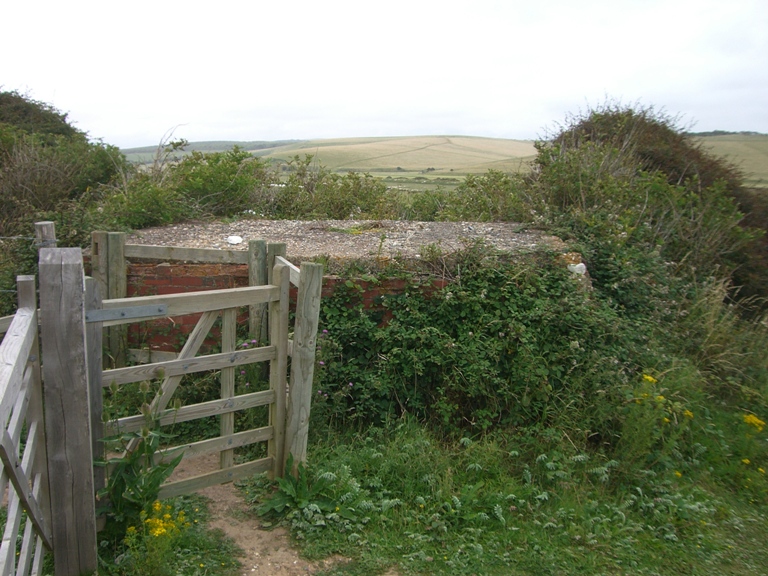 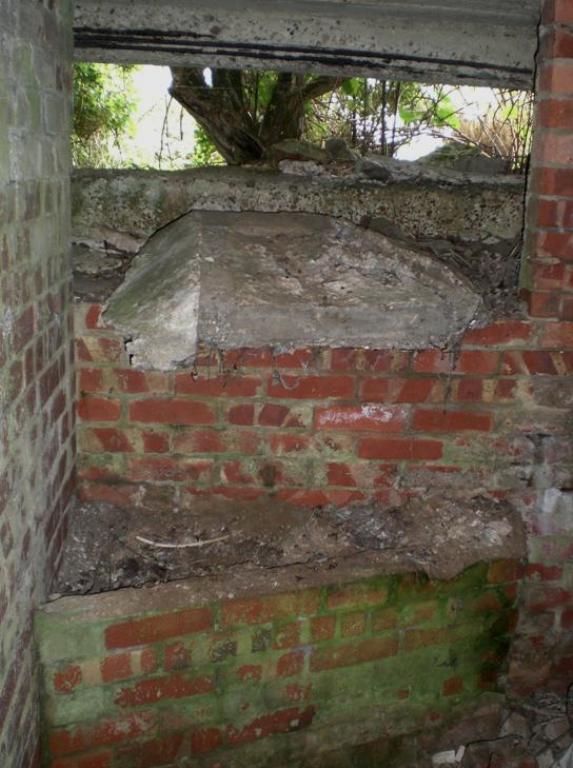 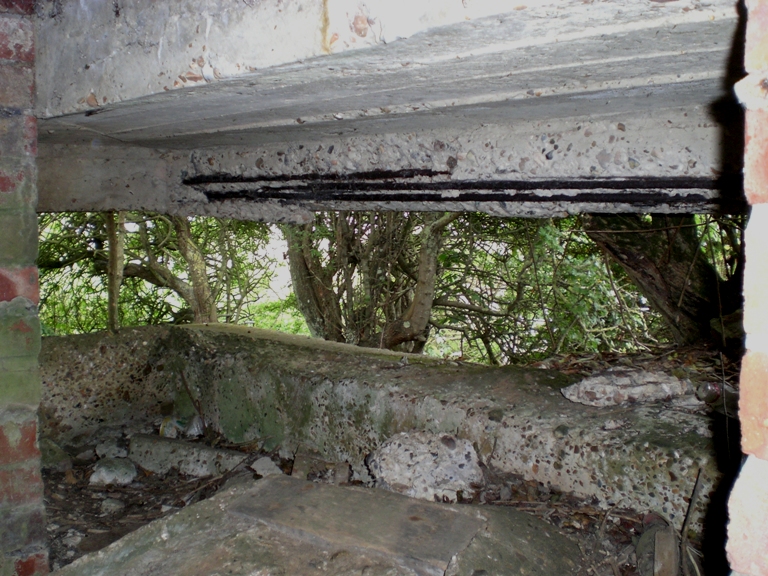