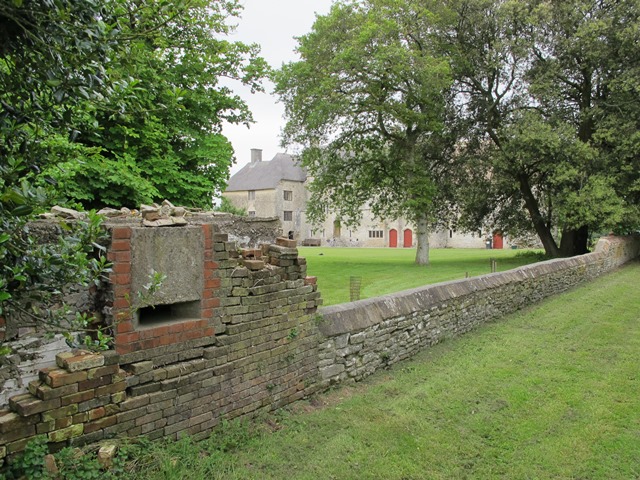 Pillbox built into the garden wall of Woodsford Castle.

This square and somewhat part disguised pillbox is built into the garden wall of Woodsford Castle near Warmwell Airfield and Dorchester, this defence once formed part of the Southern Command, Dorchester to Poole Stop Line. 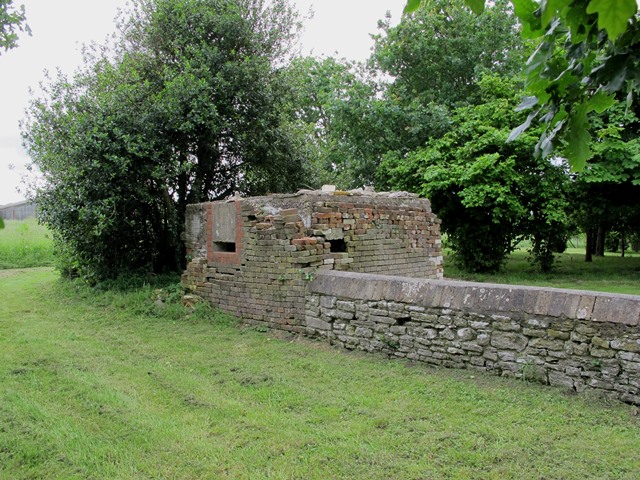 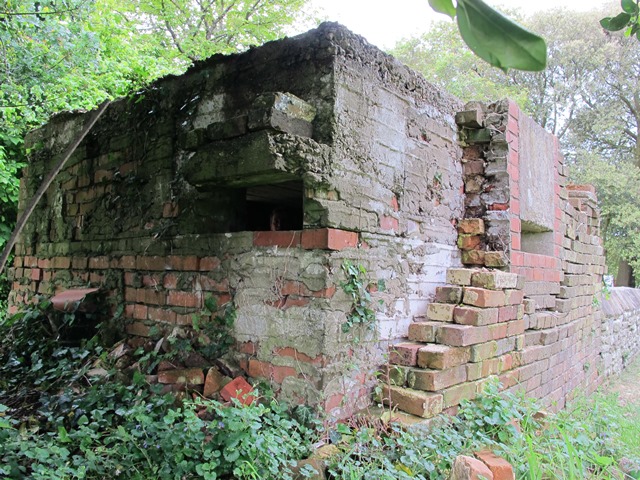 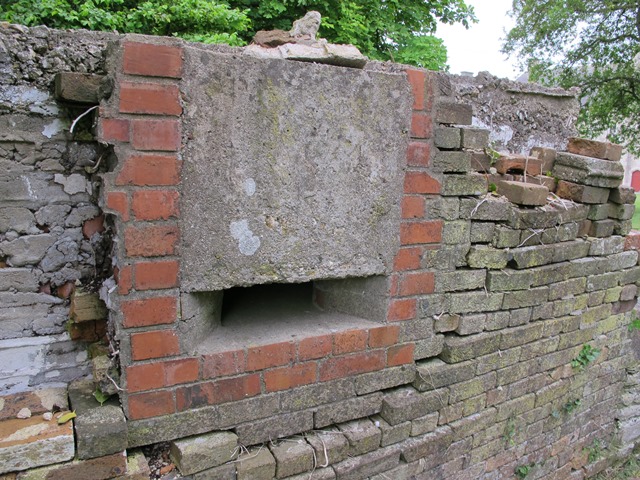 PSG Graham Matthews recorded the unusual design for the Defence of Britain project in 1996 and took me to visit it in 2012. The three loophole bullet proof design is based on a type 26 using brick shuttering inside and out, as you can see the corner loopholes are built into the front corners of the facing wall giving a strange appearance. 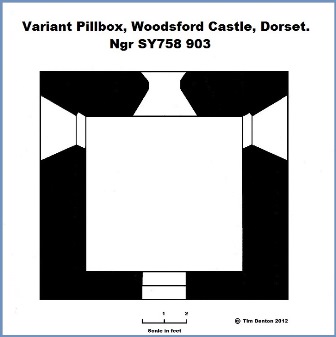 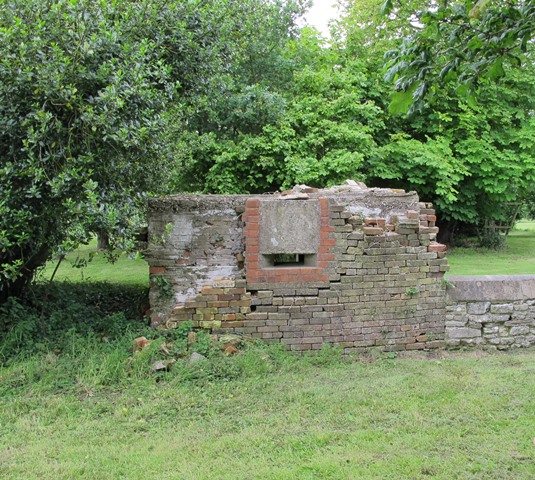 The bullet proof pillbox is dug into the ground and is accessed by two steps down at the rear, the rear wall is of reduced thickness compared to the other three, a clay pipe smoke vent is set at ceiling level to vent the interior.