Along the route of the North Downs Way between Newlands Corner and Ranmore there are dozens of pillboxes that formed the defensive back bone on the Surrey Hills , most  of the defences are Shell proof Type 24s but there are variations on how some were finished.

Differences vary from location and can include size and position of loopholes, whether the pillbox has chamfered or straight roof edges and variations on entrance access, all are design build features decided upon by the construction engineers when the pillbox foundations were being built on the wooded and sloping inclines. 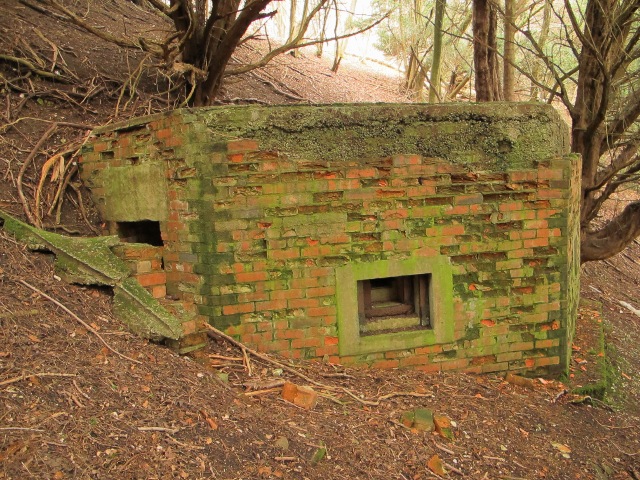 Built into the sloping hillside the shellproof pillbox has its entrance on the side.

This unusual defence may have been the most challenging structure built along this part of GHQ Line, the pillbox is just below the North Downs Way path and is dug well into the very steep bank. Because of its dug in nature the entrance is on the side of the pillbox, this is part protected and covered by a door height brick wall that has some rough concrete attached to it. 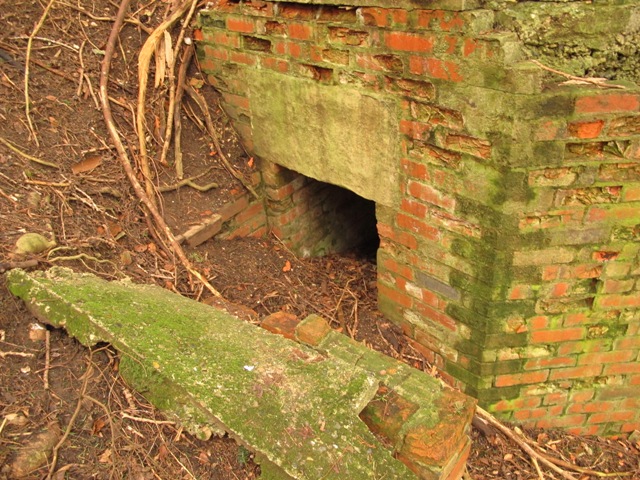 Dug in entrance protected by brick side wall. 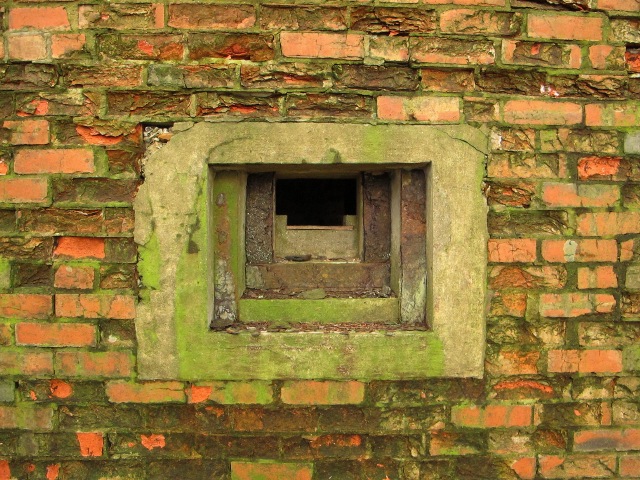 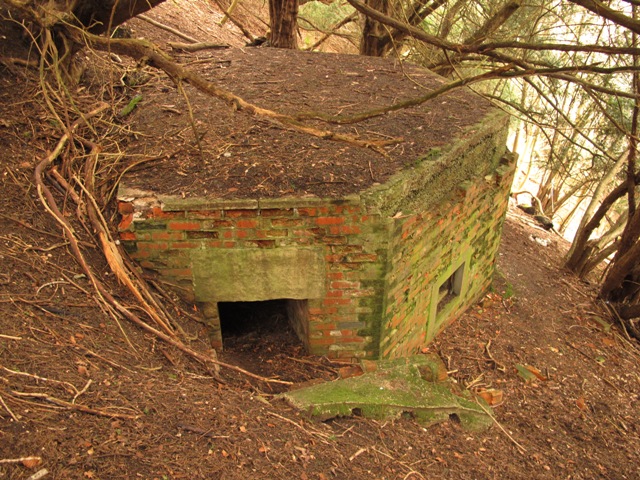 With its rear well dug into the sloping hillside the shellproof pillbox has its entrance on the side.

Inside the box is cramped and is basically two thirds of the original size, the walls are standard four foot shell proof and the loophole castings, metal anti spalling strips and table platform are the same as other defences found along the North Downs Way. 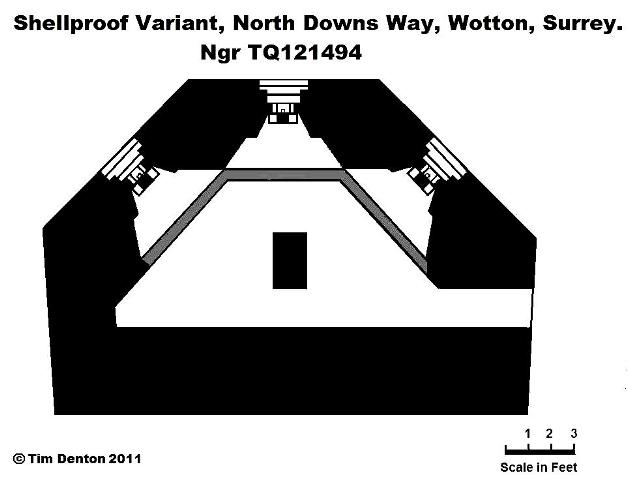 This particular variant defence has a cut down internal rectangular blast wall which allows easier movement all around the inside. The three loophole tables each have a stepped ledge running along the edge of the wall to support the Bren LMG tripod legs. The loopholes castings are deep stepped to allow maximum depression of the LMG to fire down the very steep slope the pillbox is built into. 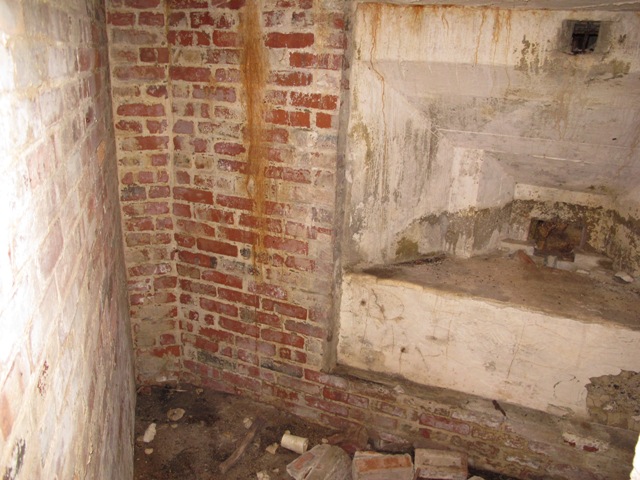 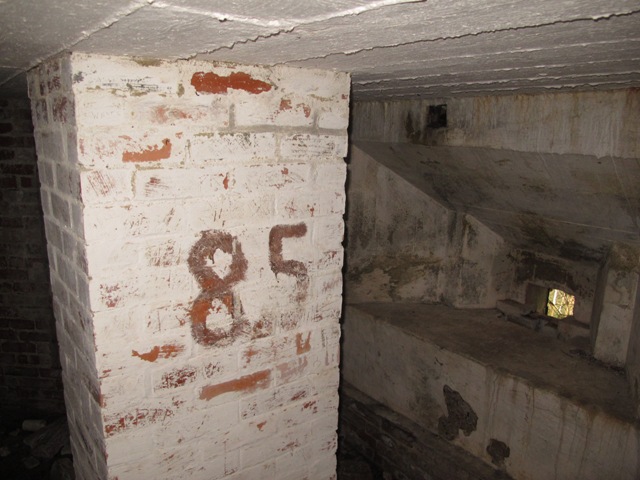 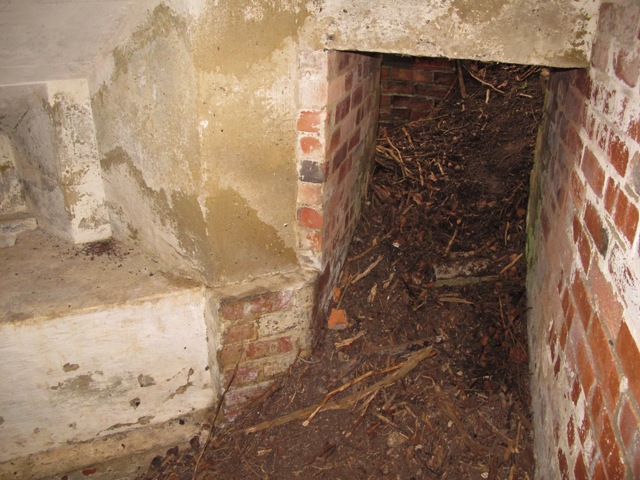 To vent the interior from gases and fumes there are smoke vents built into the tops of the walls. Most of the interior is whitewashed finished and the central pillar still bears its location number 85 roughly painted in red. 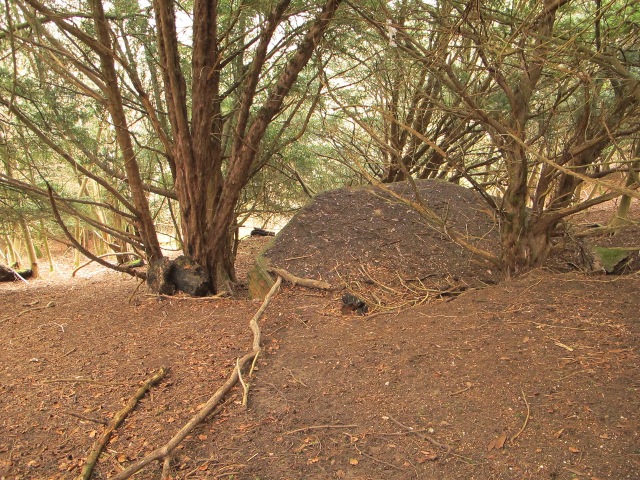 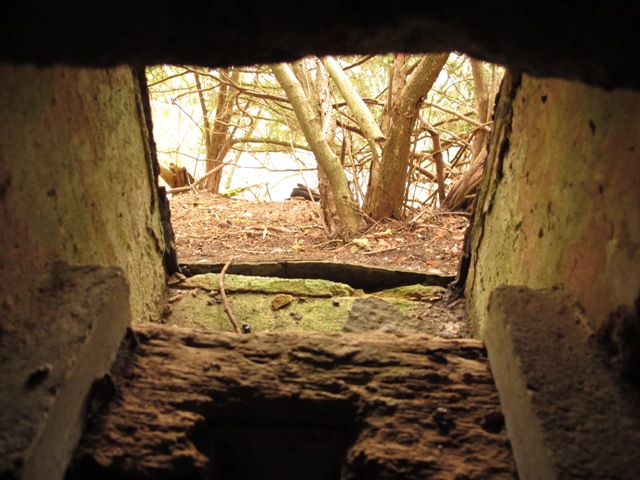 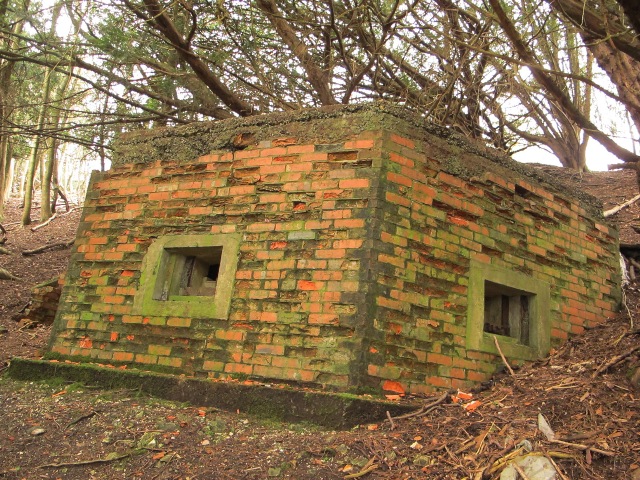