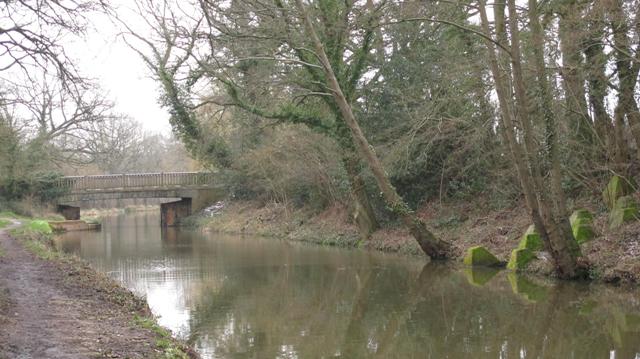 Although the G.H.Q. Line is well equipped with 2pdr A.T. Gun and 6pdr Q.F. Gun pillboxes, very few pillboxes were built for the Vickers Heavy Machine Gun and today only sixteen Vickers pillboxes can be seen along the Line. Compared to the Taunton Stop Line or sections of the Coastal Crust this is a very small number. The majority of the G.H.Q. Line Vickers pillboxes were built in the Aldershot Command area between Reading and Farnham. 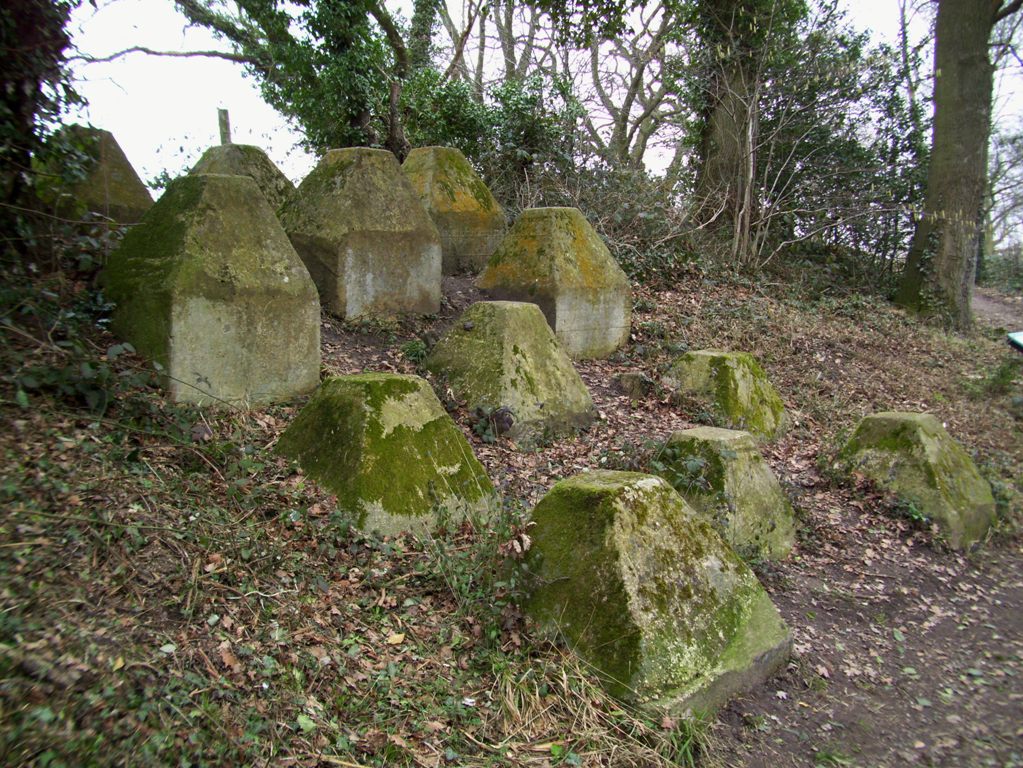 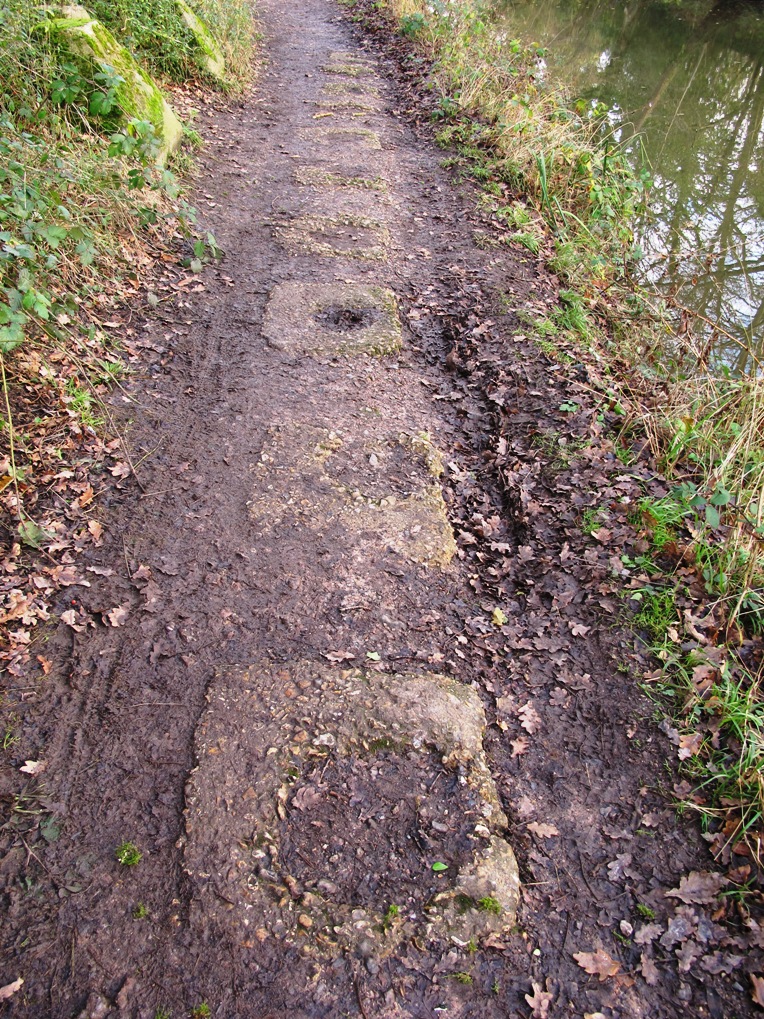 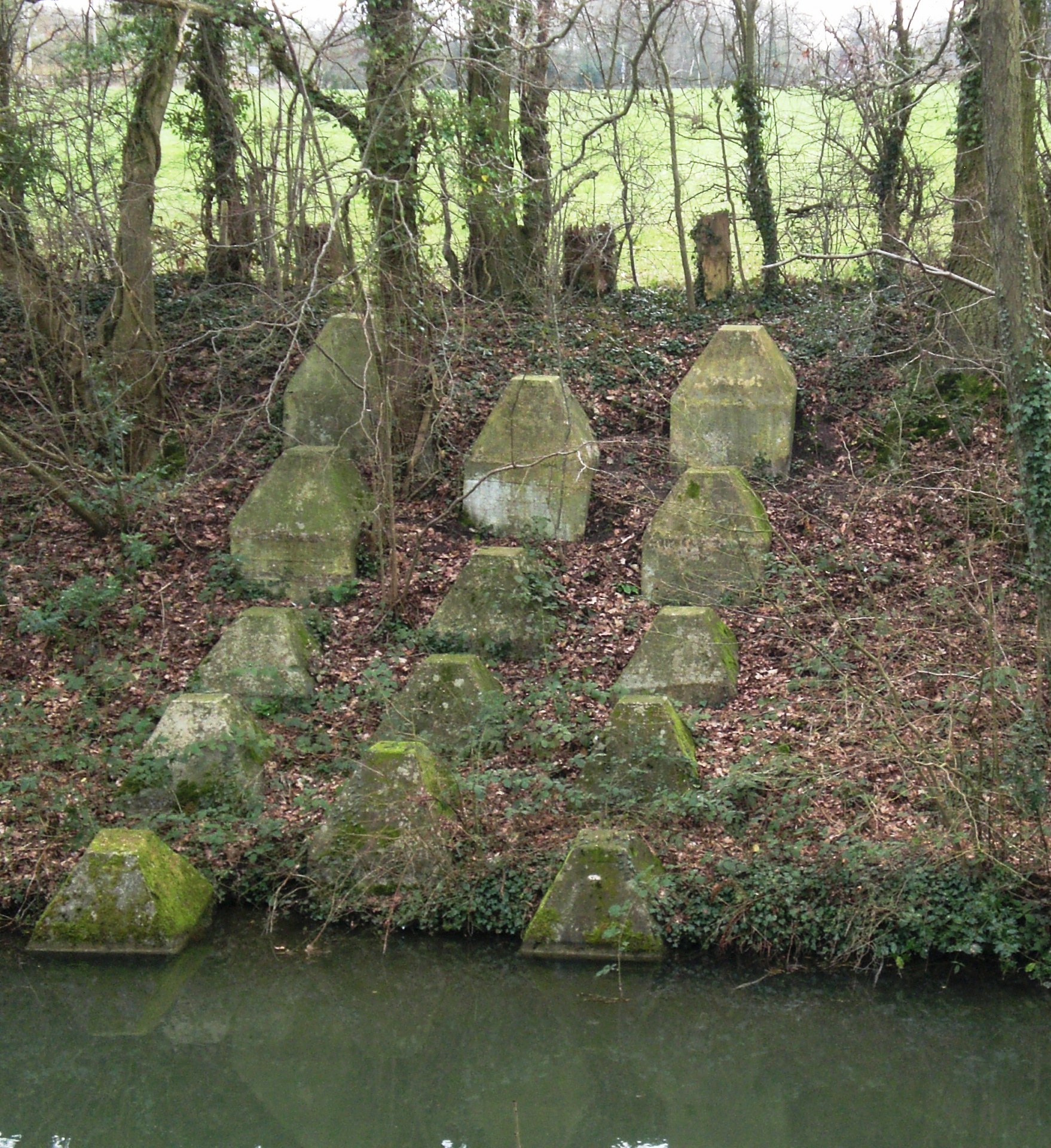 Both Chequers Bridge and Crookham Lane are situated on high ground that overlooks the G.H.Q. line to the south-west. This high ground extends from the bridge southwards to Hancocks Farm. Below Hancocks Farm the land drops suddenly to Coxmoor Wood and Faulkners Copse. 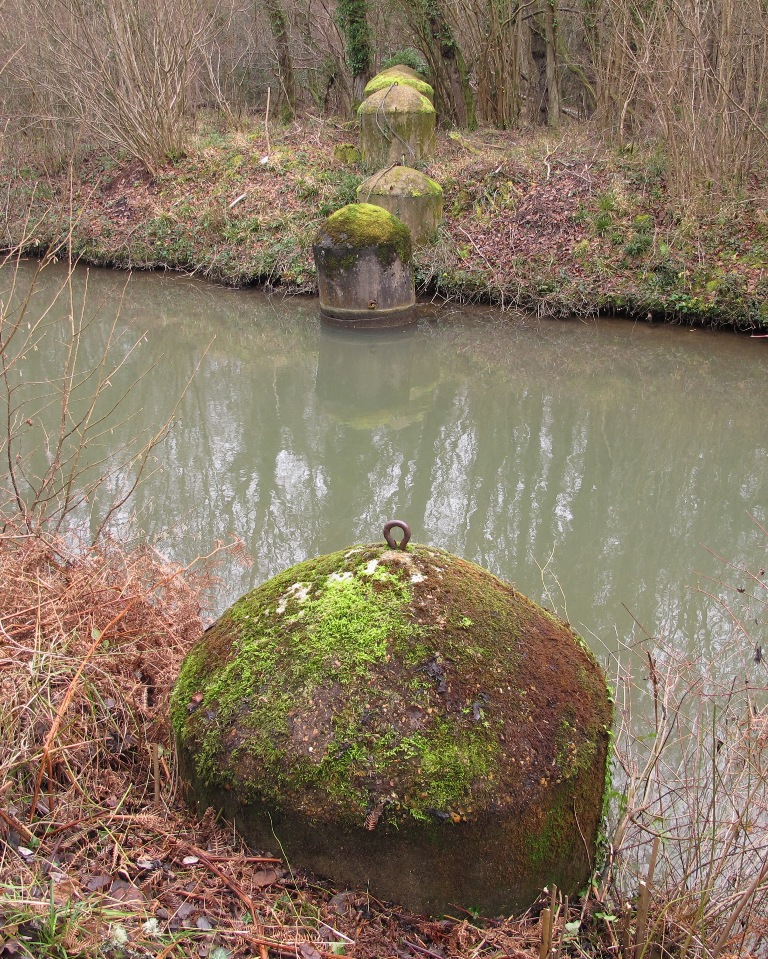 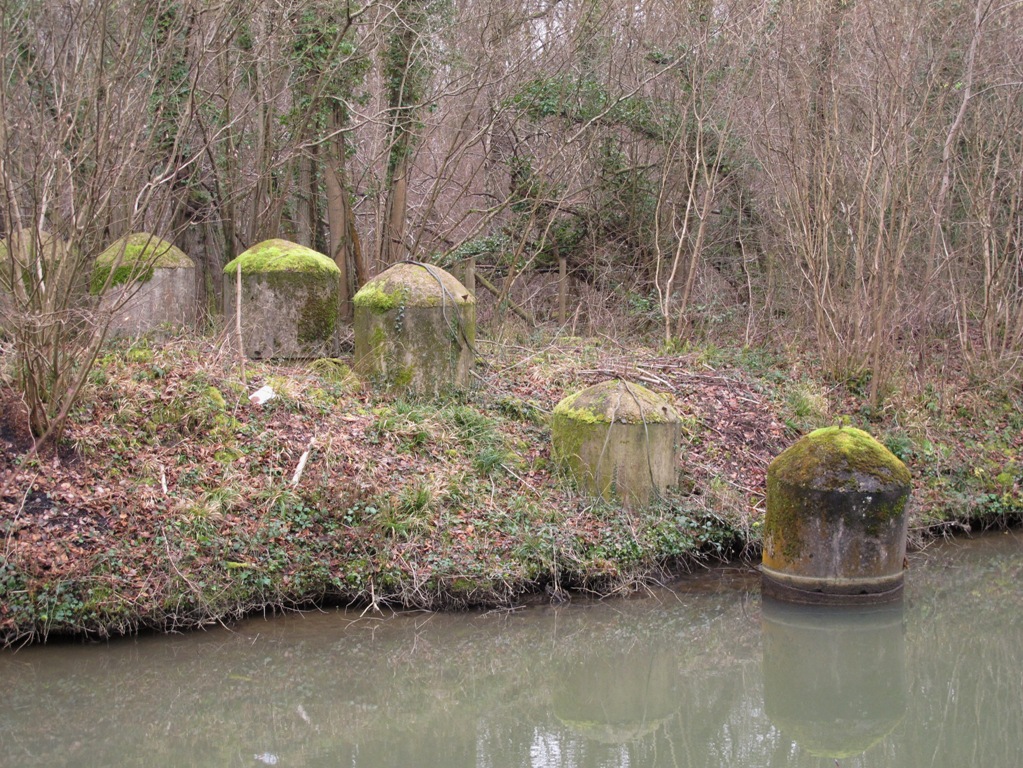 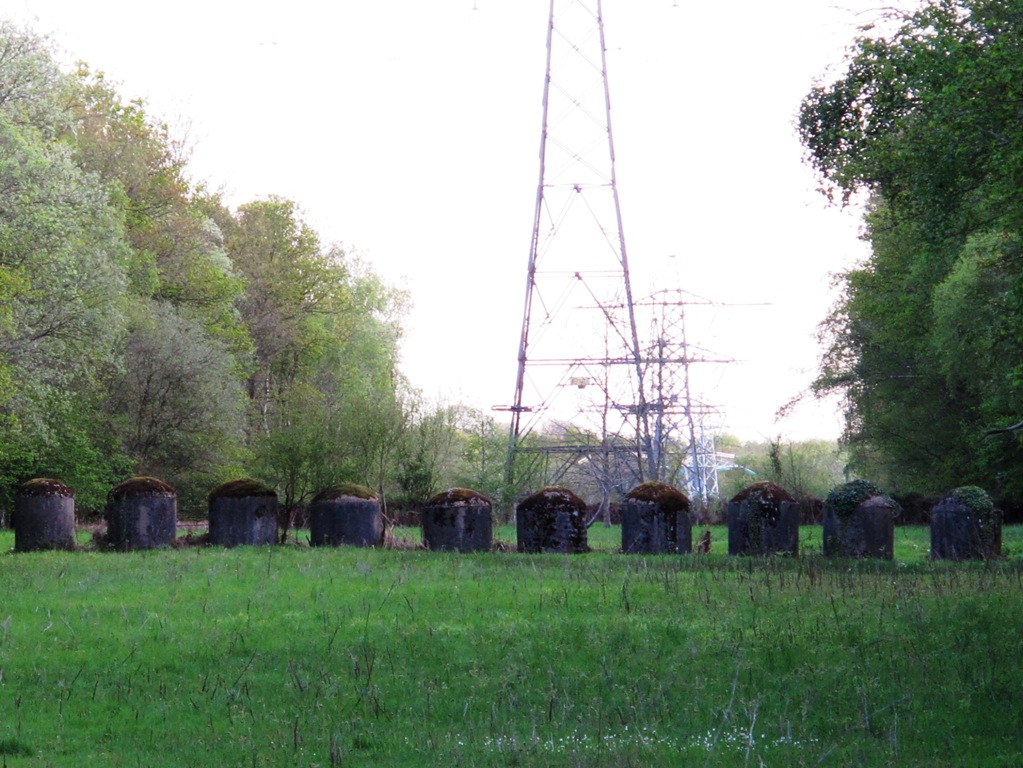 In Coxmoor Wood the anti-tank obstacle was formed by a double row of Standard Concrete Cylinders. Over 750 concrete obstacles were required to cover the 500 yards of Line through Coxmoor Wood. 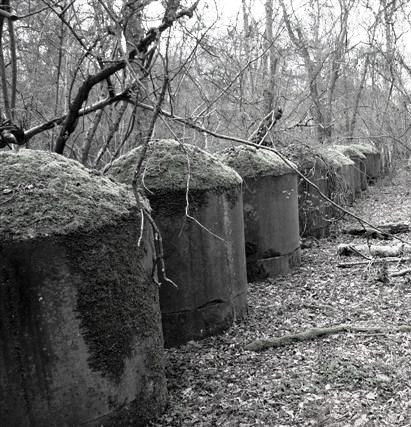 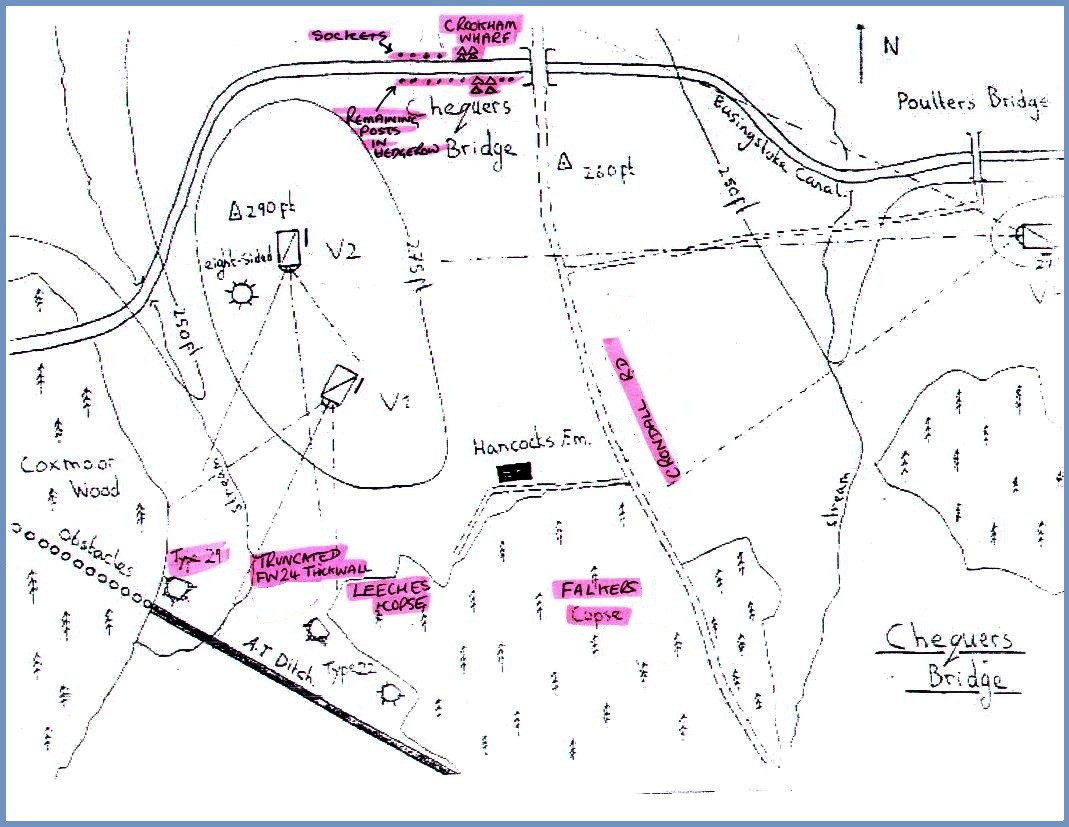 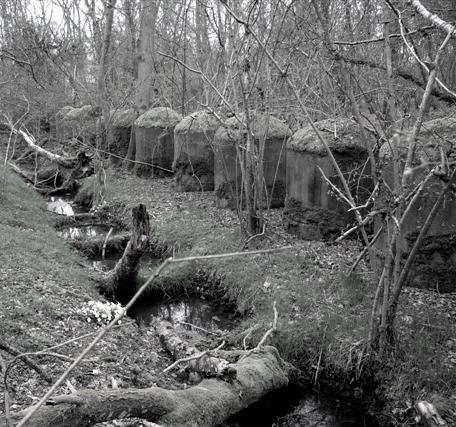 Between Coxmoor Wood and Faulkners Copse a small gap of open countryside allows access up the hill to Hancocks Farm and Chequers Bridge. The gap was closed by an anti-tank ditch running from the concrete obstacles in Coxmoor Wood to Triggs Farm south-east of Faulkners Copse. A single Type 24 Infantry Pillbox (SU 788 509) fired along the obstacles and the ditch. 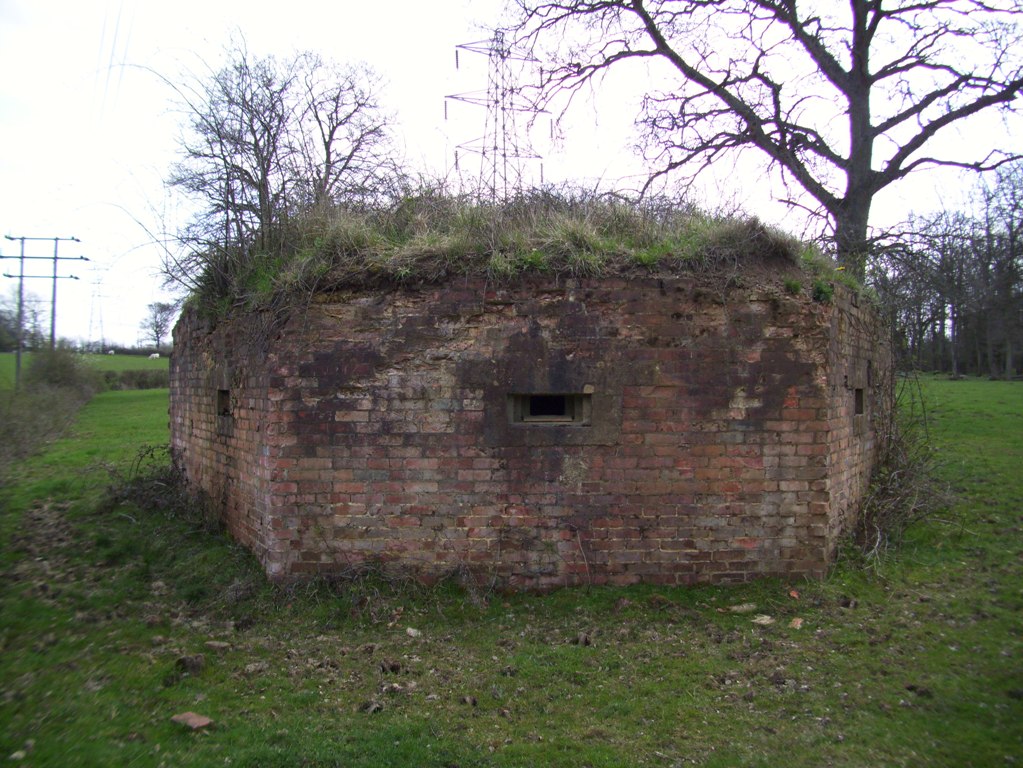 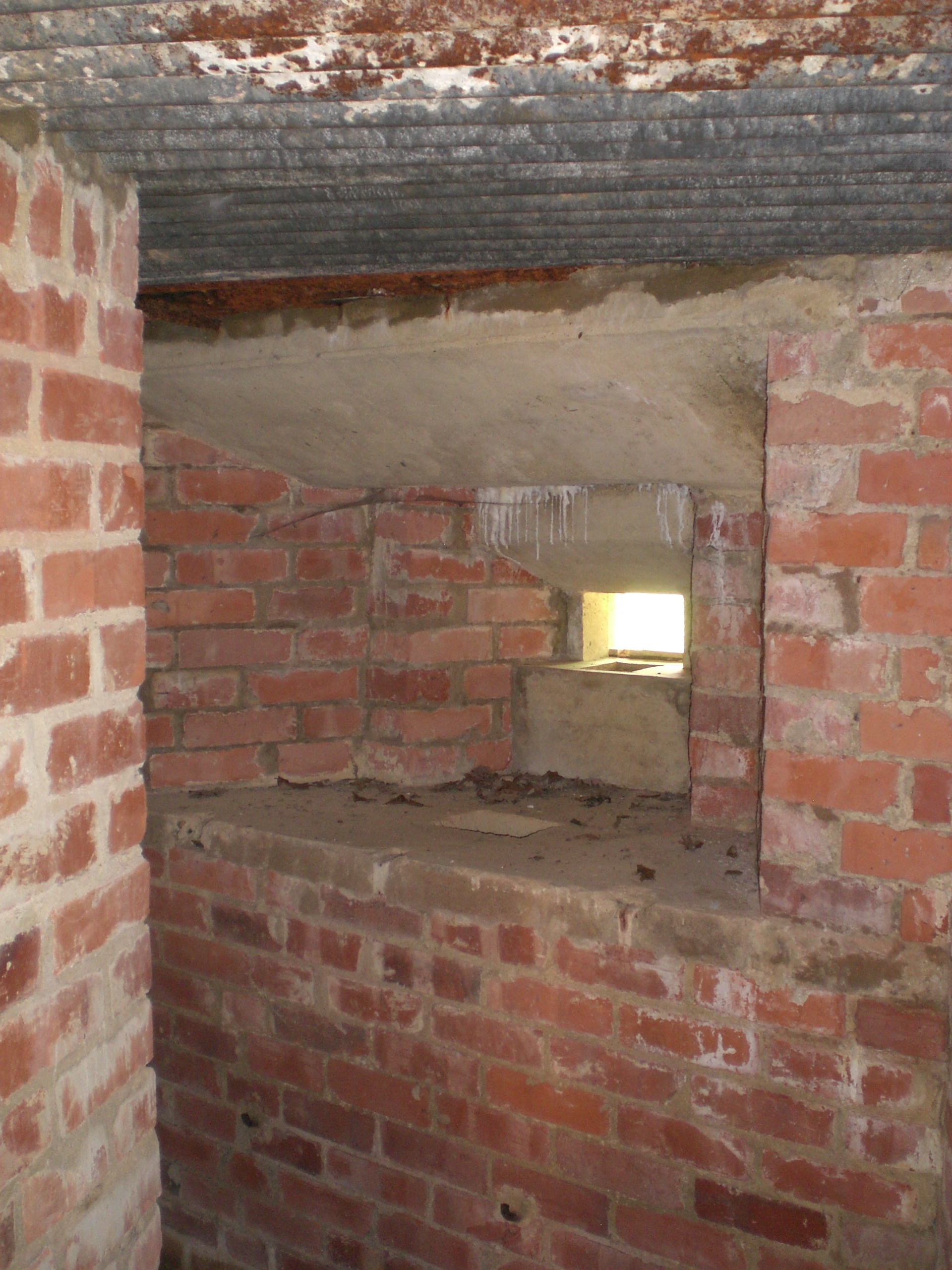 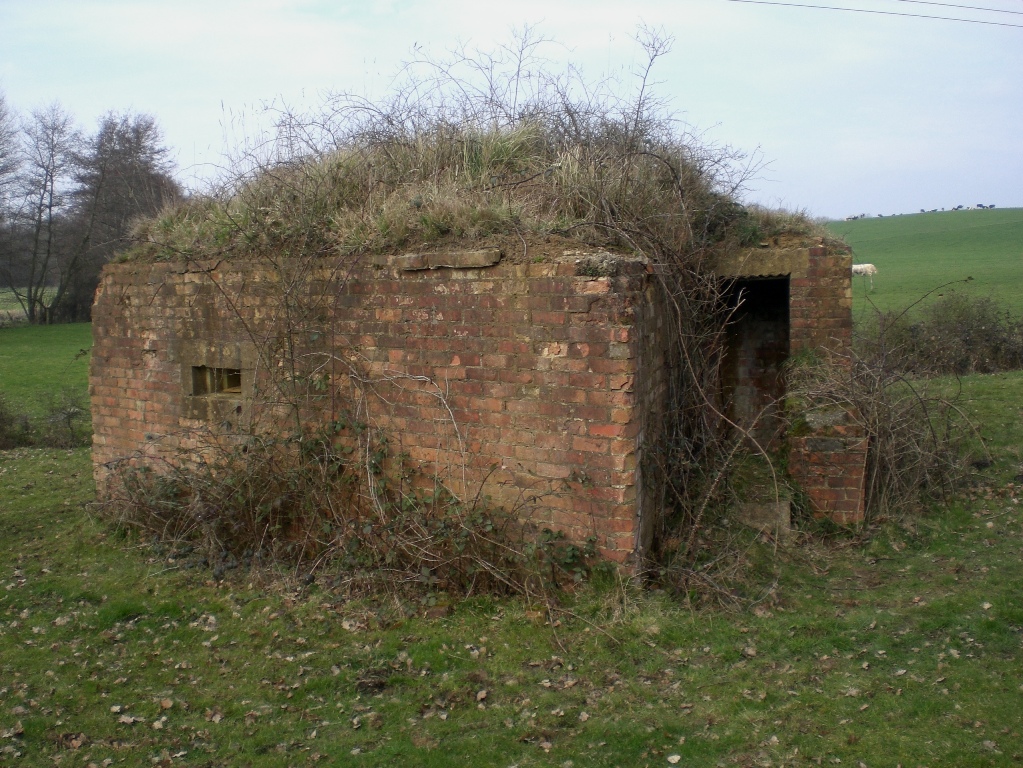 Up on the hill above Hancocks Farm two Vickers Heavy Machine Gun Pillboxes defend the open ground between Coxmoor Wood and Falkers Copse. The Vickers pillbox nearest the farm buildings (SU 790 512) fires directly down the hill through the gap in the woods. Set further north (SU 789 514) the the second Vickers pillbox fires across the western edge of the hill and in front of the first pillbox. Both of the pillboxes are the standard Vickers design easily recognised by their large external blast walls which protect the side entrance. 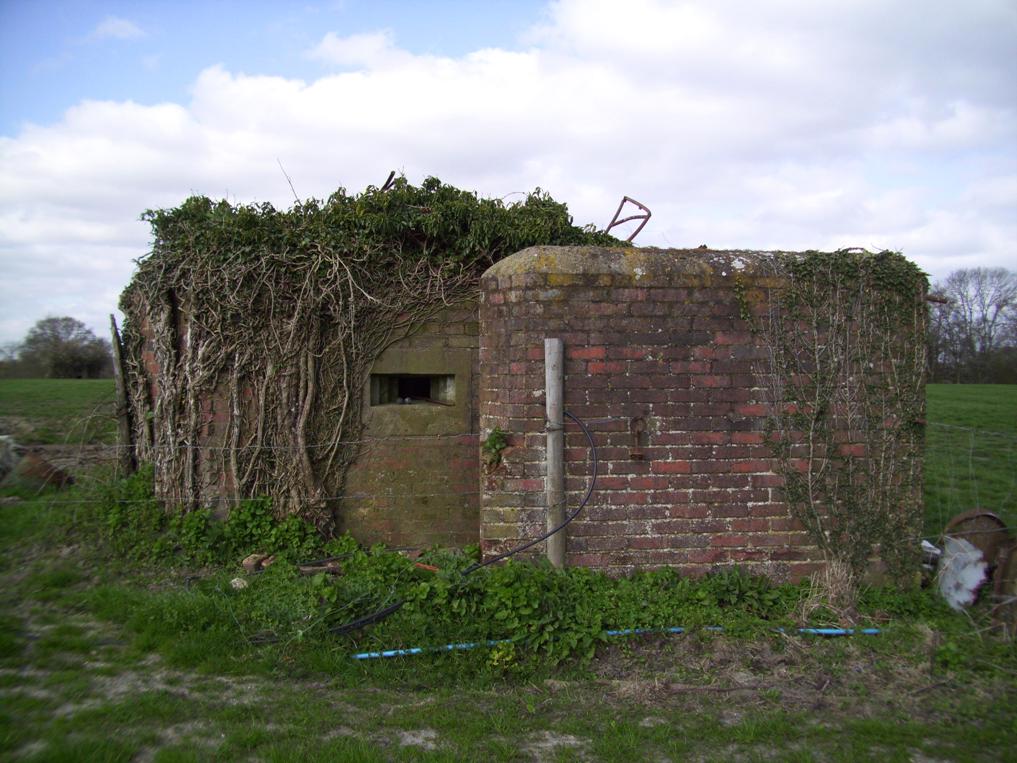 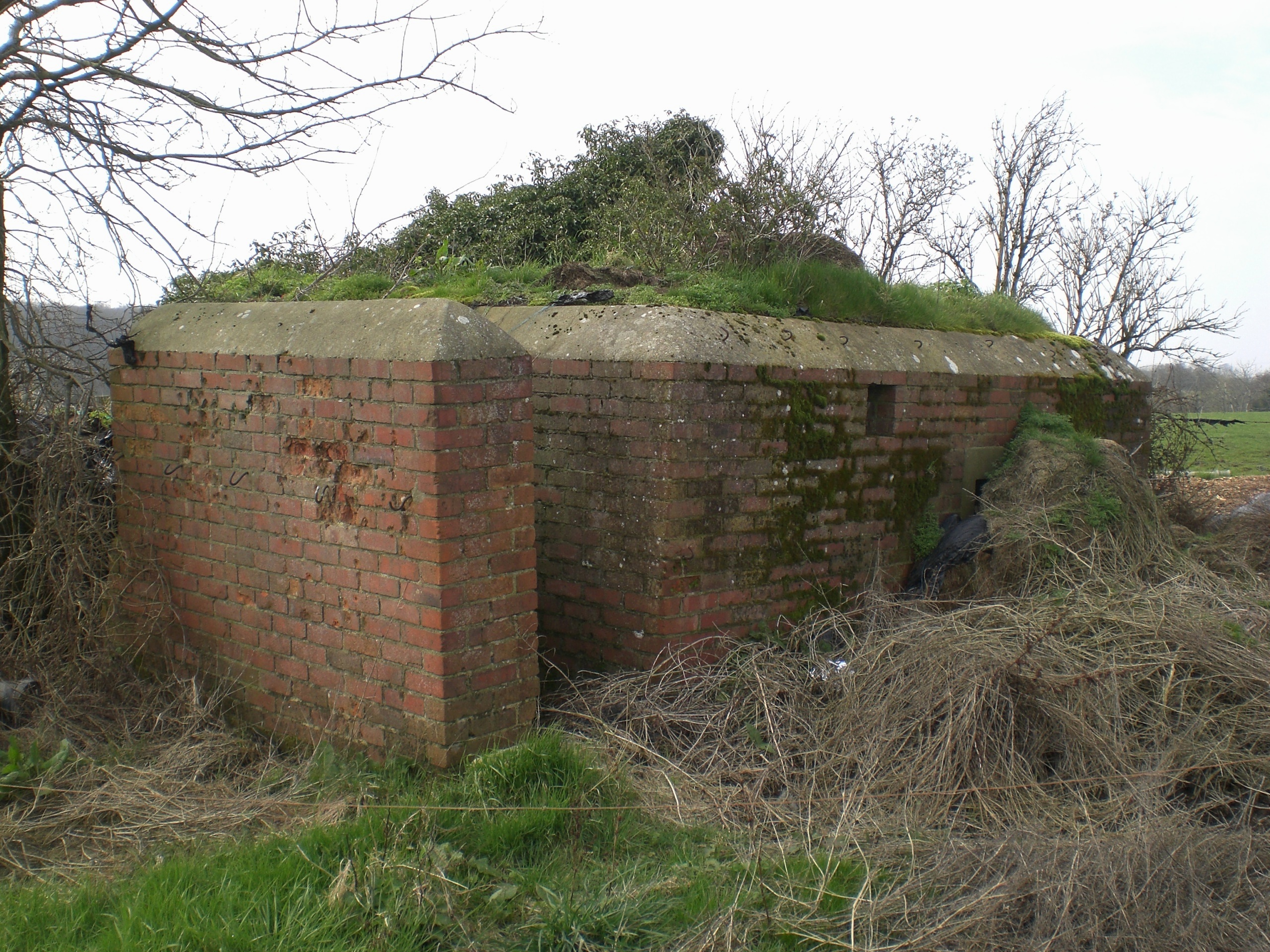 To protect the western flank of both Vickers pillboxes an eight sided bullet-proof Infantry Pillbox is situated on the edge of the hill firing down the slope to Coxmoor Wood (SU 789 513). 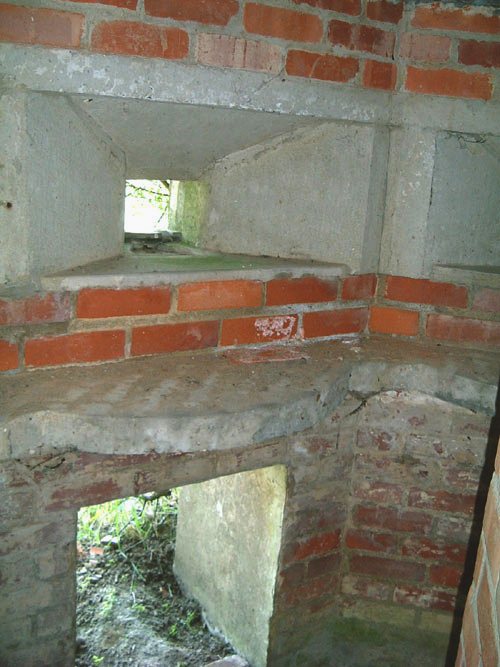 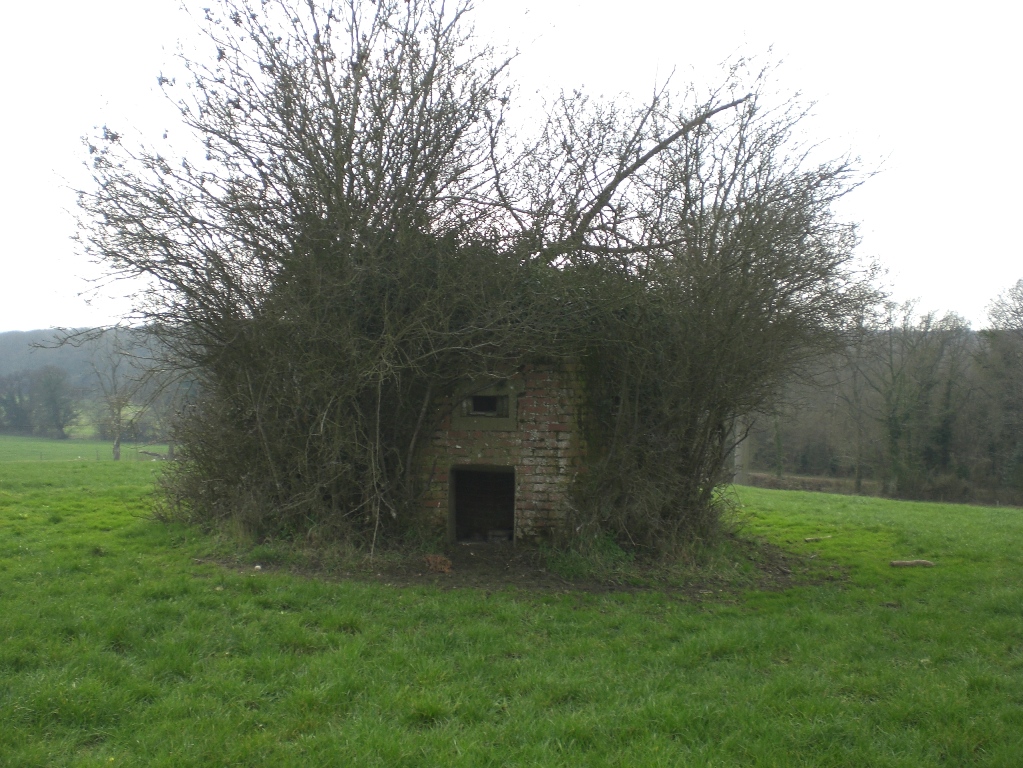 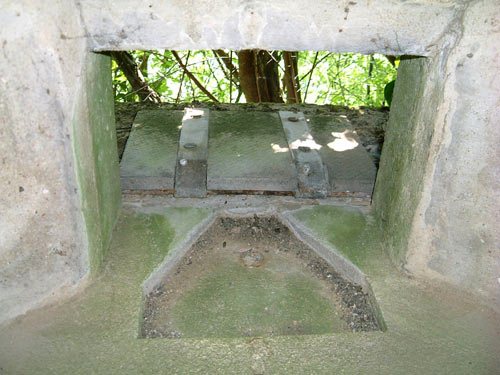 From its commanding position on a small hill south of Poulters Bridge (SU 796 515) the third Vickers Pillbox fires west across Crookham Lane in front of Chequers Bridge. From this position the pillbox also fires across the lane towards the two other Vickers pillboxes. 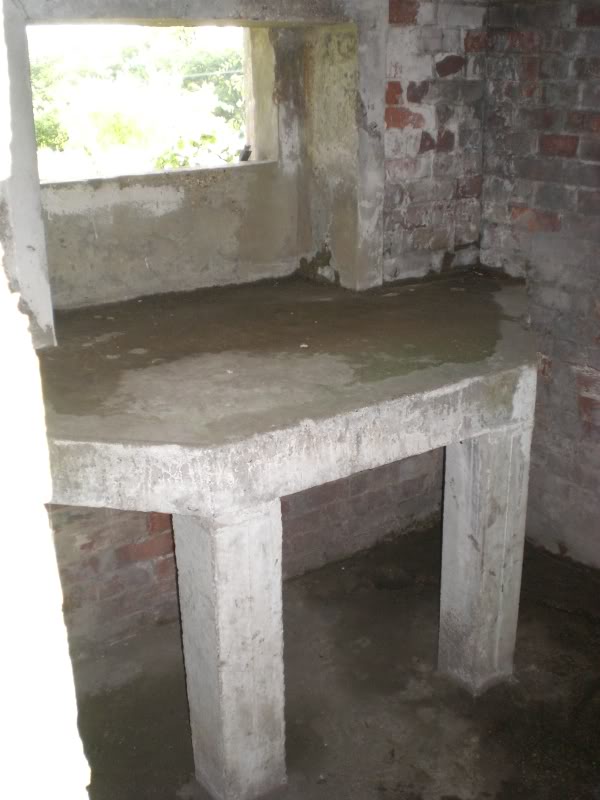 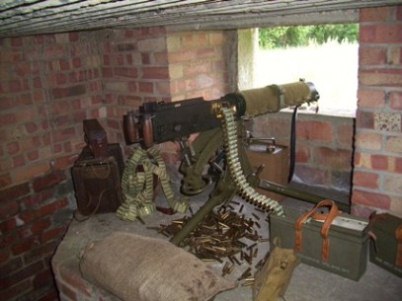 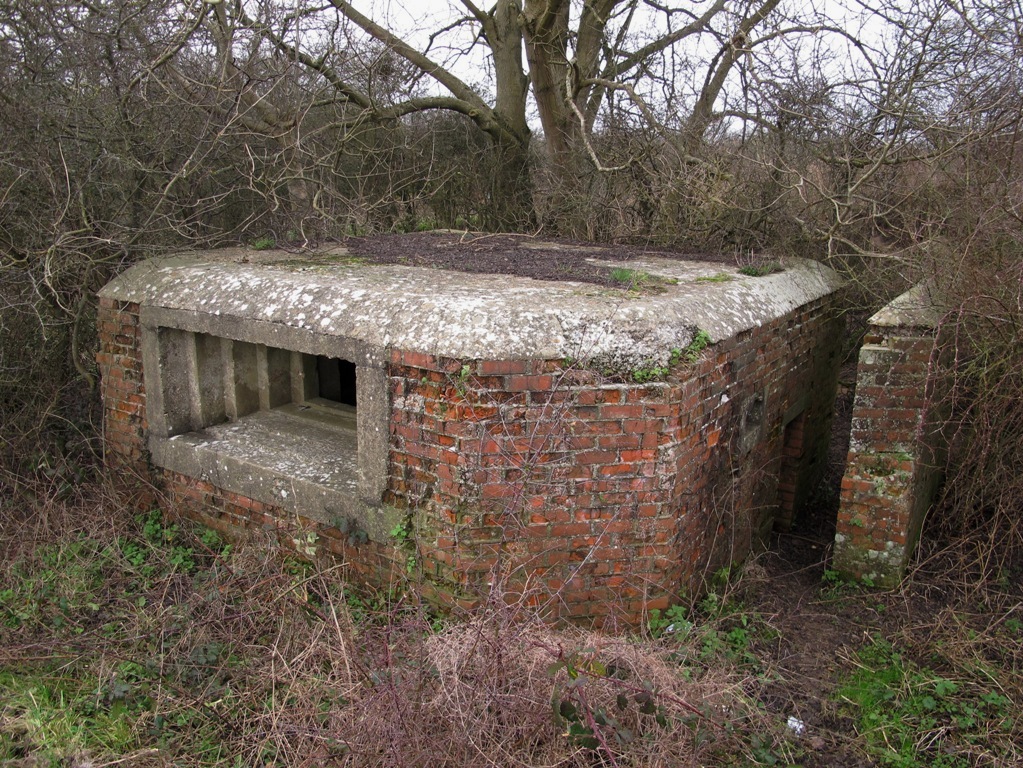 All photographs by Tim Denton