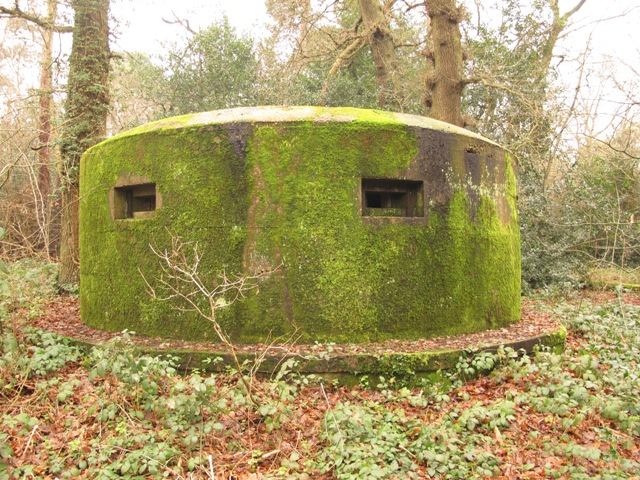 Mowlem FW3/24 standing beside the River Wey at Peasmarsh.
Picture by Tim Denton.

Along GHQ Line B south of Guildford between Godalming and Chilworth there are eighteen unique shaped pillboxes that were constructed by J Mowlem builders. The Mowlem Company built the defences in their own style, for ease and speed they substituted the normal procedure of using bricks for permanent shuttering for flat walls with a simple way using curved sheets forming an outer mould in which the concrete mix was poured, once dry the sheets were removed to reveal the round pillbox known as the Surrey Drum. 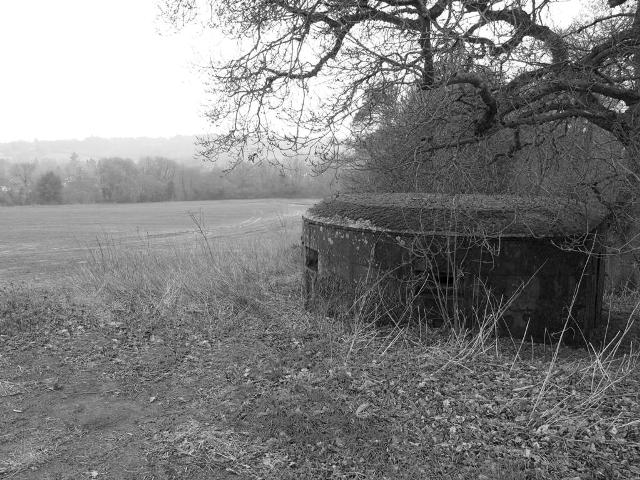 These unusual defences can be seen beside the River Wey between Godalming and Peasmarsh, most of the Drum pillboxes are located a short distance from the River Wey towpath and are positioned to cover either road or rail bridge, surrounding fields and open ground south of the river. A Drum can be found at the corner of Unstead Wood which covered the Guildford to Horsham Railway Bridge, further east another can be found on the embankment on the unbuilt Shalford to Horsham rail loop. In Shalford a Mowlem drum faces south covering a road block and small bridge crossing the Tillingbourne Brook on the A281 Guildford Road. 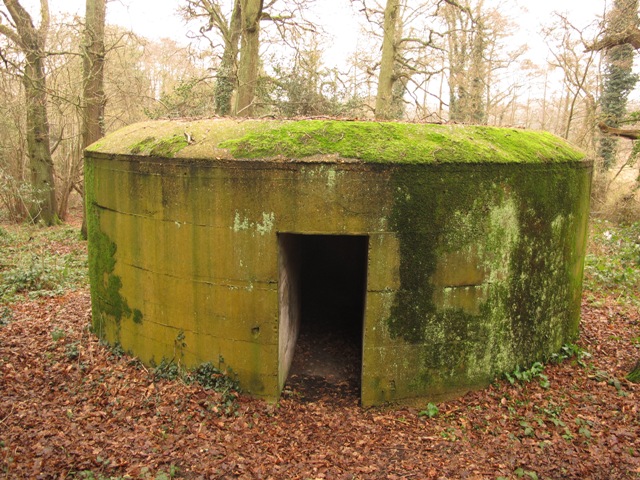 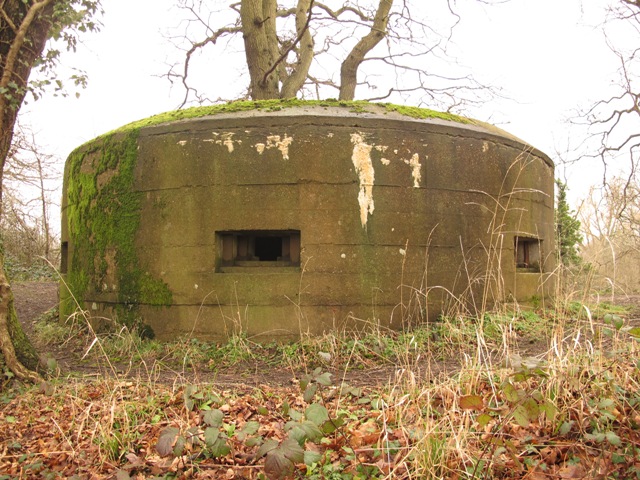 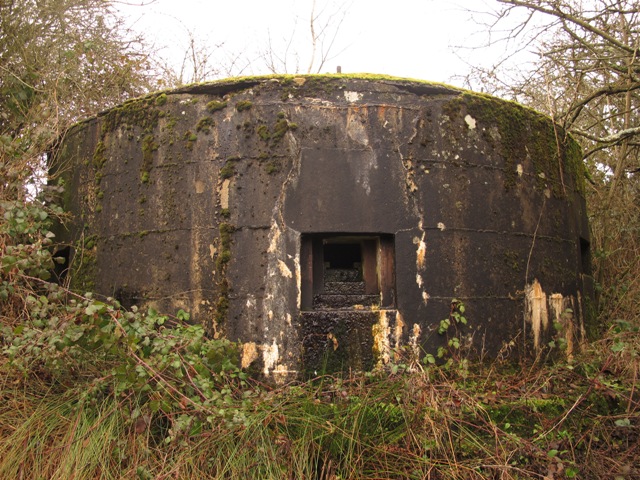 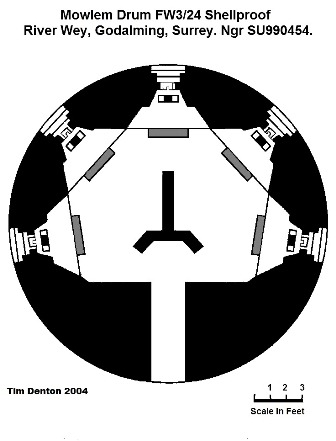 Between East Shalford Lane and Chilworth and just below the North Downs Way the defences are spaced on high ground giving a commanding view overlooking the Tilling Bourne Brook and surrounding fields. In Chilworth pillboxes form a close defended area knit firing from the edge of woodland across fields and covering Blacksmith and Halfpenny Lane as well as open ground east of Chilworth Manor leading to the A25 Dorking Road at Shere. The Mowlem design was based on a standard shellproof type 24 and internally this can be seen with usual hexagonal wall arrangement and central Y shaped anti-ricochet wall. 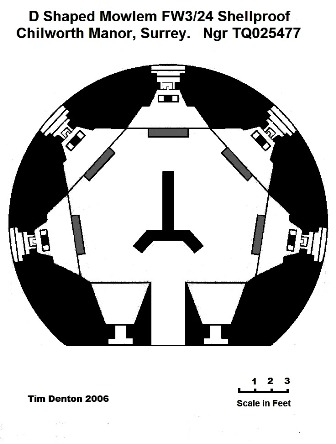 Outwardly the defence looks simple and neat and gives an almost futuristic type of appearance. Variation on construction can be found , this depends on location, for example in Chilworth two drums are positioned on banks so two loopholes are positioned lower in wall enabling them to fire down slope, each loophole is also of taller construction than others in the same pillbox. 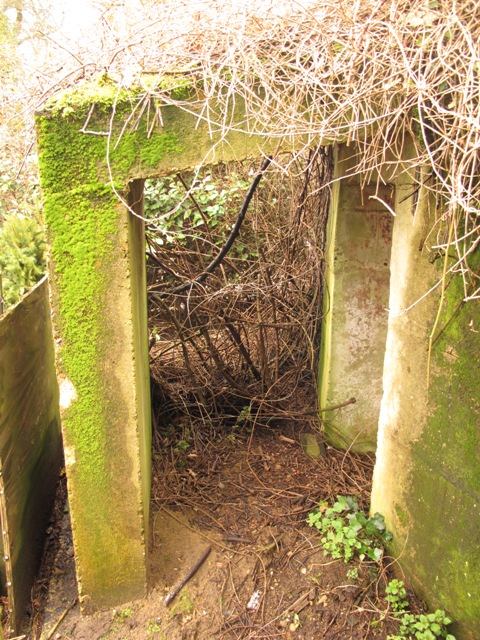 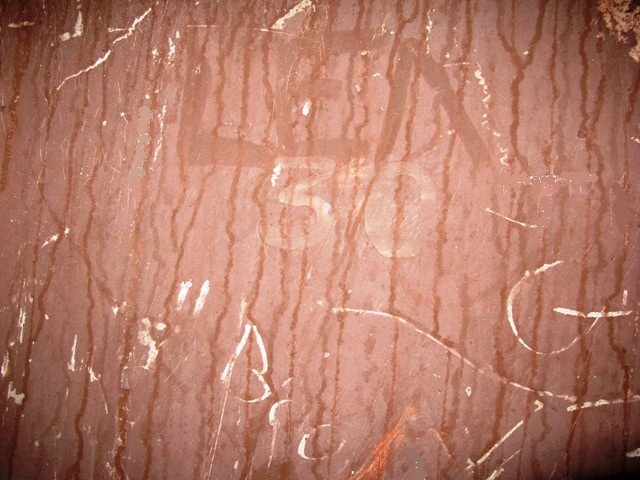 There are four Mowlem drums built with flat rear walls giving a D shape plan, each of these has rear facing loophole each side of entrance. Each pillbox was built to shellproof requirements with the forward and side walls made to four foot thick while the rear entrance end is a massive six foot thick; with the D shape pillboxes the flat rear entrance wall is reduced to a thickness of four foot. The roof has a thickness of seventeen inches. 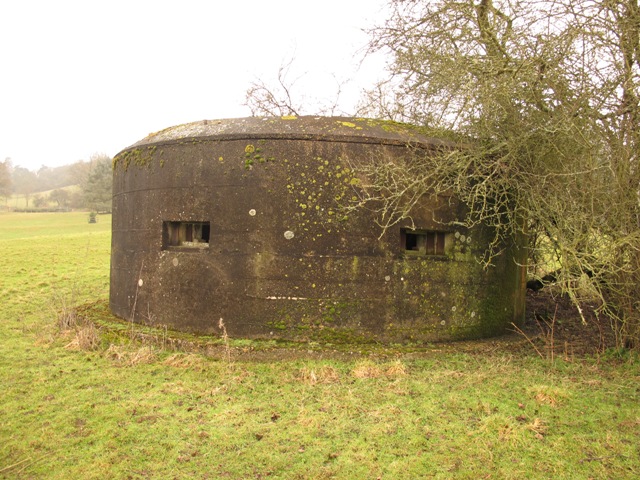 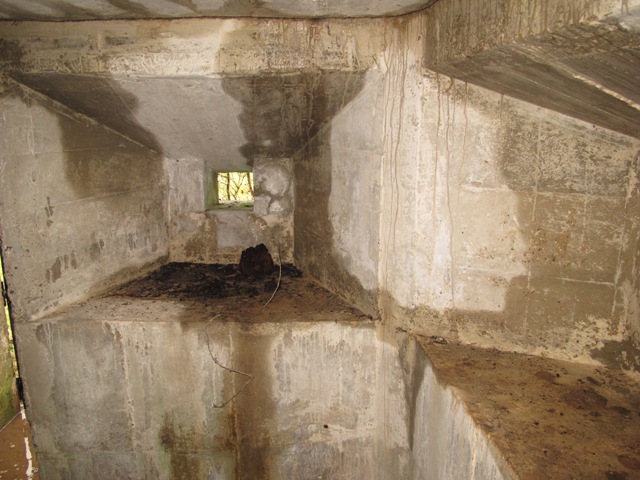 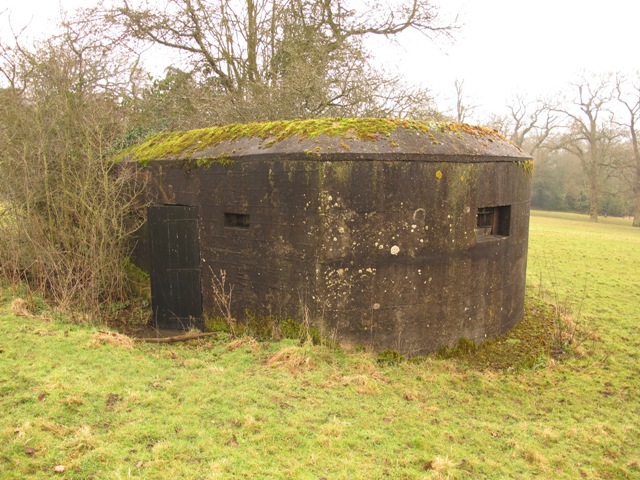 Rear of Chilworth Manor D Drum, Note the door is not original.

The outer embrasures steps are fitted with thick metal strips for reduction of concrete spalling should the defence have come under small arms fire. Inside the pillboxes the interior is painted throughout with whitewashed walls and ceilings, the height of firing platform tables vary depending on location and provision can be found in each loophole for the mounting of either or both the Bren gun tripod or Boys Anti-Tank rifle, to allow depression of the gun the loophole has curved recess built into the concrete. 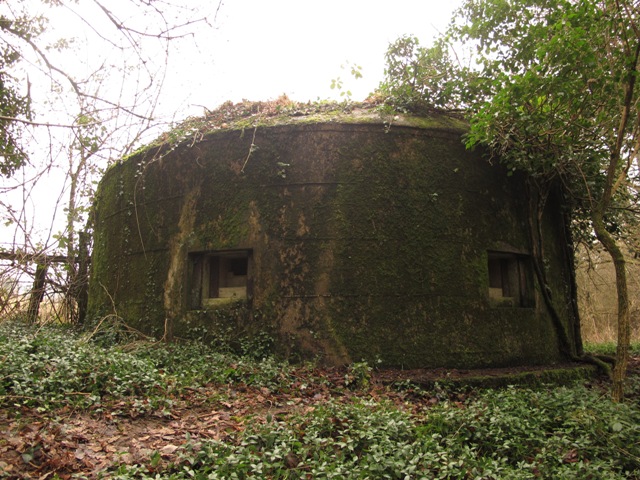 Positioned on the edge of a steep bank at Chilworth this Drum has tall loopholes to allow deprssion of the LMG or Boys AT Rifle.

For operation of the LMG a floor level step allows the Bren gun tripods rear legs to stand at the required operating height. One pillbox has a protective concrete porch that shields the entrance but allows access from either side of the doorway. 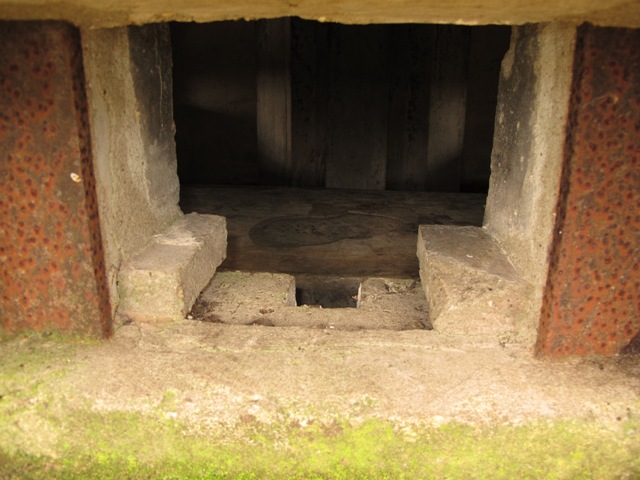 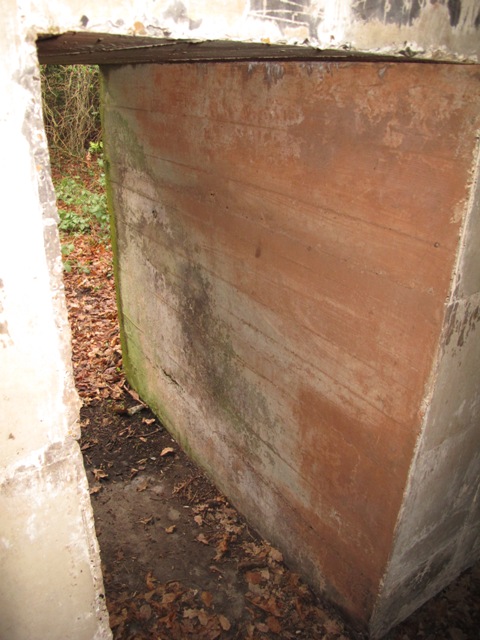 Rear entrance on a round Drum showing the massive six foot thick wall. 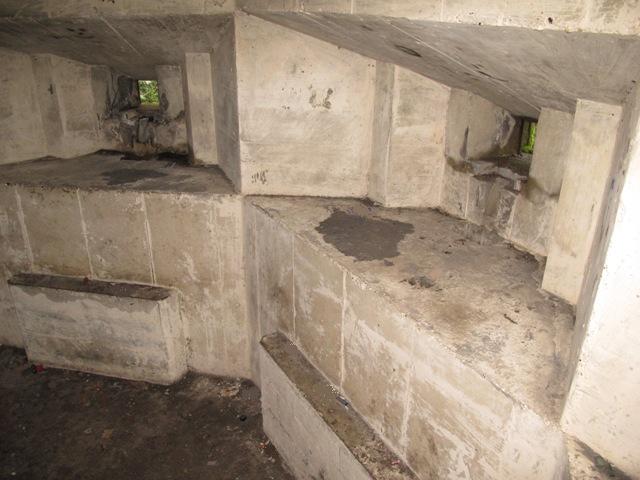 Like the North Downs type 24 pillboxes a numbering system can be found in some of the Drums, one example was found with an amount of wartime graffiti giving names ranks serial numbers and dates. 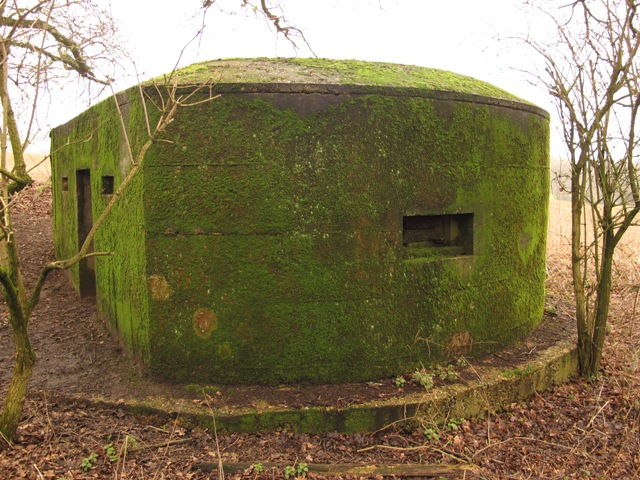