Having decided to visit the Bombing Decoy Site at Offchurch we travelled eastwards along the Grand Union Canal towards Radford Semele so we could have a quick look at the Type 24 Pillbox, which is located on the non-towpath side of the canal at Radford Bottom Lock. 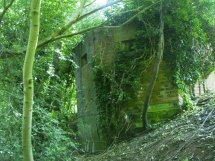 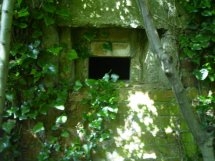 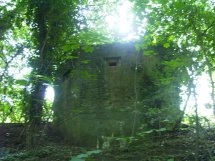 The Pillbox can be found on the embankment of the old L.M.S. Leamington to Rugby Railway Line.

After a brief stop we travelled on past the Viaduct, which it protected and moved onto the cycle path which follows the old track bed.

To the right just past where an old farm bridge once stood stands the concrete block which once guarded it. 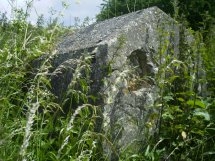 Moving on we took the path up to the next bridge and travelled across the field to the minor road heading in the direction of Offchurch.

At the local pub we followed a marked bridleway which took us to the Hunningham Road.

After approximately one mile we turned left to Fields Farm and followed the bridleway. Once past two barns we turned right and here we found, just a few yards down on the right side of the track, the WWII Bombing Decoy Site. 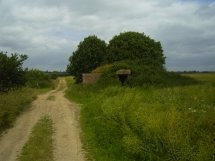 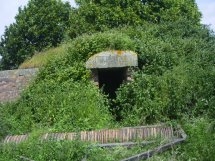 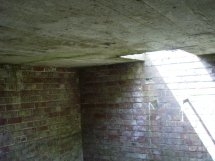 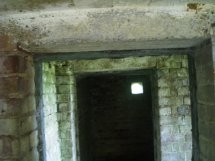 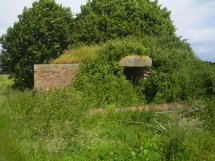 Due to heavy vegetation it was not possible to view all of the outside of the buildings but access to the interior was easy. 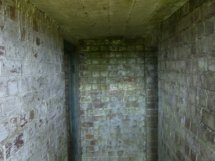 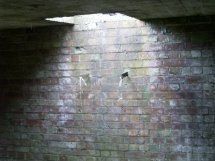 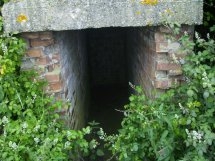 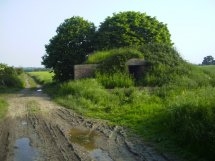 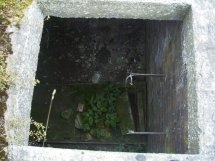 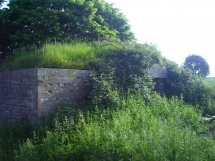 Entering through a short narrow passageway we found at the end of the structure two chambers. The one to the right hand side had two concrete bases on the floor for generators and the left hand chamber appears to have been the Control Room.

After our visit we retraced our steps back to Offchurch to visit the local Church and photograph the War Memorial.