When you have been married to a `Pillbox Spotter` for as long as I have then you will understand that `concrete-itous` is just part of life`s rich tapestry and that it`s quite normal to drive around the countryside peering over hedges! 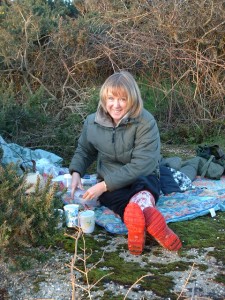 Making the tea on top of the Tulk`s Hill Pillbox!

If you haven`t guessed by now then I am the PSG Webmaster’s better half and since our return back to Dorset in 2006, Graham has been dragging me around the county looking at many of the pillboxes that he reported to the Defence of Britain Project back in the mid 90’s. It was on a visit back to our all time favourite pillbox at Tulk’s Hill, overlooking Chesil Beach, that we decided that we should give it a good clean up and remove 10 years worth of beer cans etc. 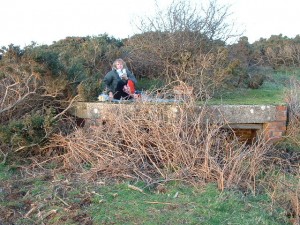 The pillbox on a very chilly winters afternoon, just at the start of the clean up. 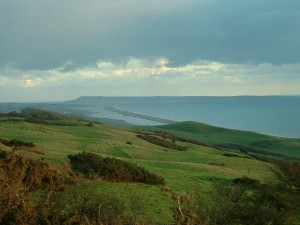 View from the top!
Looking east along Chesil Beach to Portland 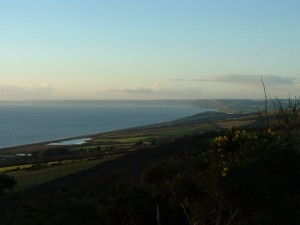 View from the top!
Looking west towards Lyme Regis. 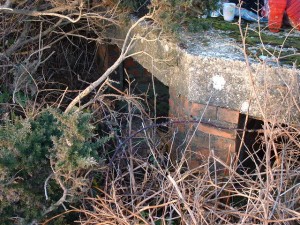 What is so unusual about this pillbox is that it has 3 large ‘panoramic’ windows, which were obviously used by the observers living inside to view a huge area of Chesil Beach. 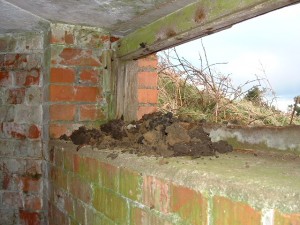 The only way of getting the huge amount of mud from the inside was for Graham to shovel out of the windows!

Here`s a bit that missed the window but found the sill!

Note the still intact wooden window frame which has been here since 1940. 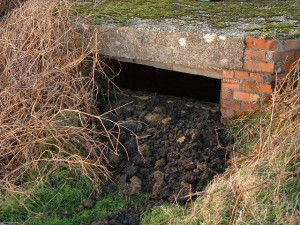 67 years of mud exiting the pillbox! 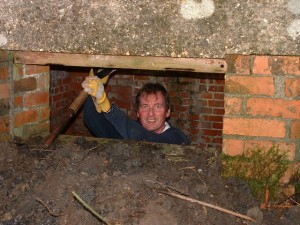 Graham hard at work shovelling out the soil and mud.
He`s looking a little surprised at being on the receiving end of a photograph for a change. 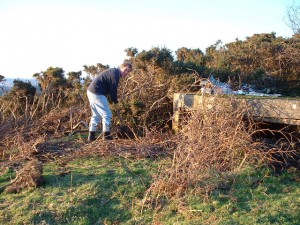 Clearing back the dead vegetation outside and flattening out the soil from the pillbox to give it some landscaping. 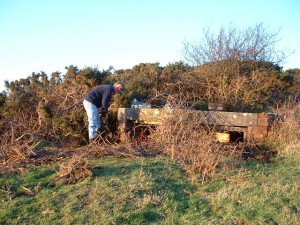 Clearing back the vegetation 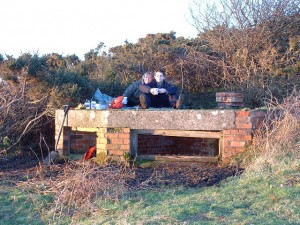 Carol & Gavin Matthews taking a tea break in the winter sunshine whilst enjoying the breathtaking view. 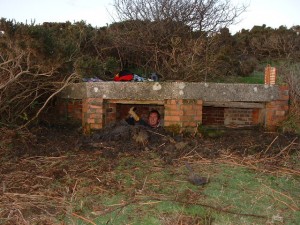 Almost all the soil & mud outside at this point. 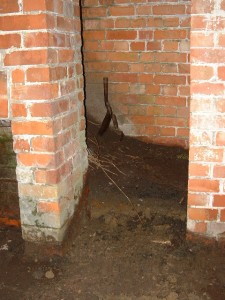 60 odd years of mud slumped at the bottom of the entrance steps. 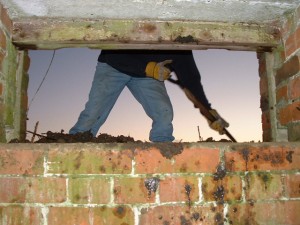 Just a little bit of mud to be removed from the inside walls with a brush after Graham missed the window! 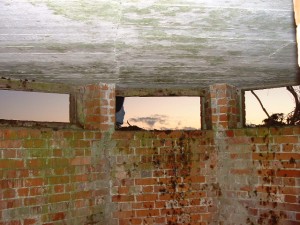 A good view of the large observation loopholes from the inside. 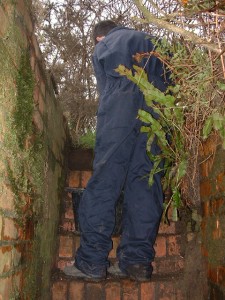 We were very careful to preserve the live ferns growing on the side wall. 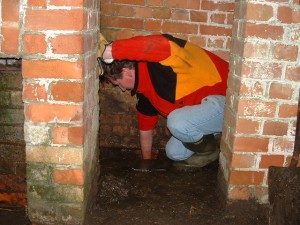 Graham sticking his hand into some pretty unpleasant muck in an attempt to clean out the drain. 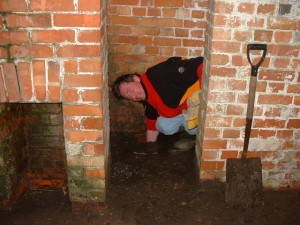 Up to his elbow in it! 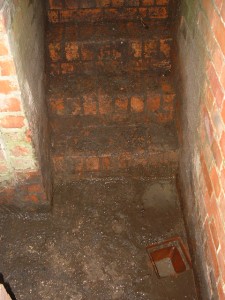 Bottom of the steps with mud now removed and the drain cleaned out. 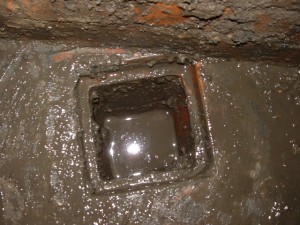 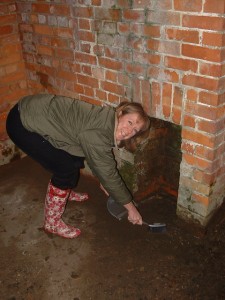 I could`nt resist cleaning out the fireplace and having a go to see if the chimney still worked. 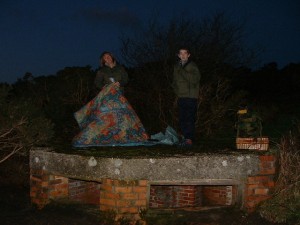 The end of a couple of afternoons work with the pillbox looking good after 60 odd years of neglect.

Why not get your family together and adopt a pillbox near you. Take a picnic and give it a really good clean up.

It`s a really rewarding task and I have to be honest and say that I really enjoyed my ‘pillboxing’ days.