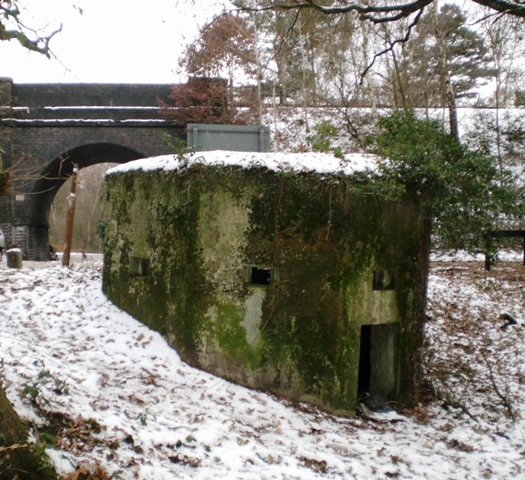 Ten examples of this bullet proof pillbox survive making it one of the rarest local designs found within Aldershot Command in both Hampshire and Surrey.

Similar in appearance to a standard type 22 this small defence has eight sides instead of six, the majority of survivors are concentrated close to the military bases of Pirbright Barracks and RAF Odiham where three survive as perimeter airfield defence. An example was demolished in 1986 on the Basingstoke Canal to allow for the pivoting of new lock gates at Lock 12 Brookwood, Surrey, this 8 sided pillbox originally covered the A322 Bagshot Rd Canal Bridge and crossroads.

Additional examples can be found at Coxbridge Farm on the outskirts of Farnham, Hancock’s Farm at Crookham and at Crondall in Surrey.

Most are well positioned to give effective all round fields of fire on farmland or at important road junctions such as where the A325 joins the A31 Alton Road at Farnham. 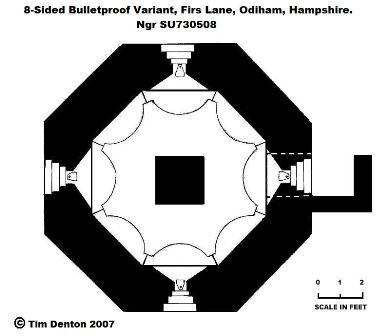 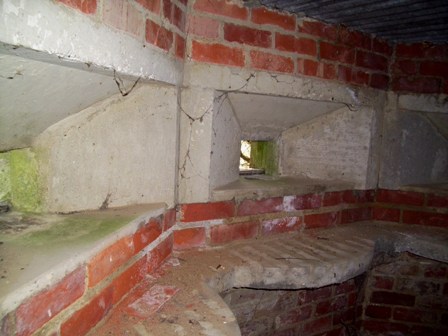 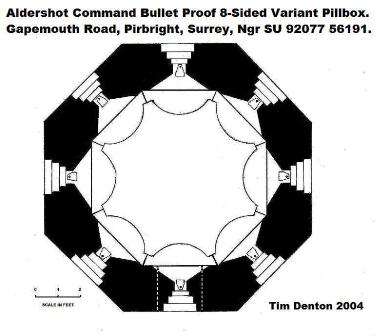 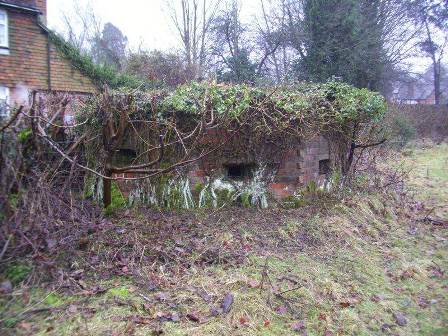 A half dug in brick shuttered 8 sided, note irregular height of embrasures.

Number 13B painted upon the white washed inner wall. 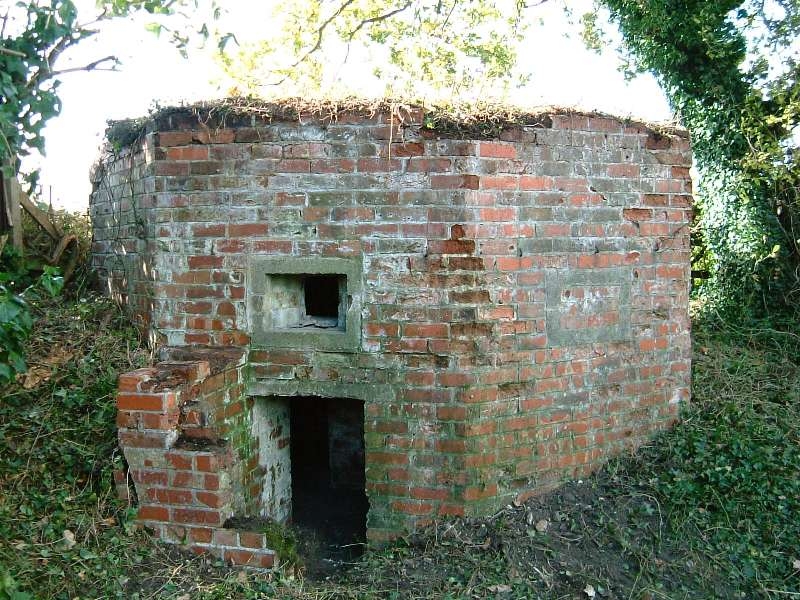 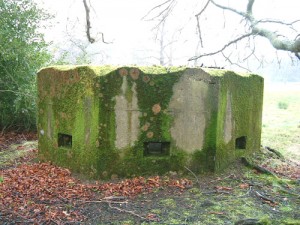 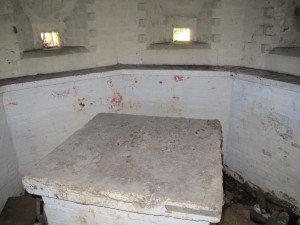 Design feature variations depending on site.