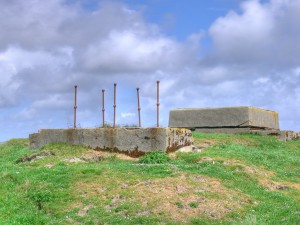 The reason for their construction on or very near Airfields is to provide the ‘Station Commander’ with a secure location from which he could direct the defence of ‘his’ property via landlines and runners in the event of being attacked by hostile ground forces.

Officially known as the Type 11008/41 it is the principal type seen, although there is also a smaller type, the 3329/41, for use on satellite and training airfields.

Ideally, the B.H.Q. was constructed almost entirely below ground for concealment and protection, only the thick, square roof of the O.P. and the safety handrail surrounding the main stairwell being visible. However, if the water table was high then the B.H.Q. was accordingly built higher up, with earth banked up against the sides and over the roof for camouflage and protection.

Inside the layout is unvaried. A few have remains of light fittings; one or two are painted; but most apart from a few screw holes, are devoid of any fittings, installations or signage.

They give the impression that by the time of there construction the invasion scare was over and they were simply left and never equipped.

The layout was designed to be simple. 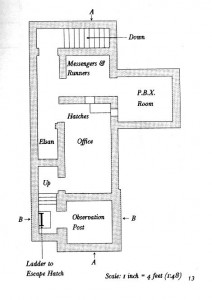 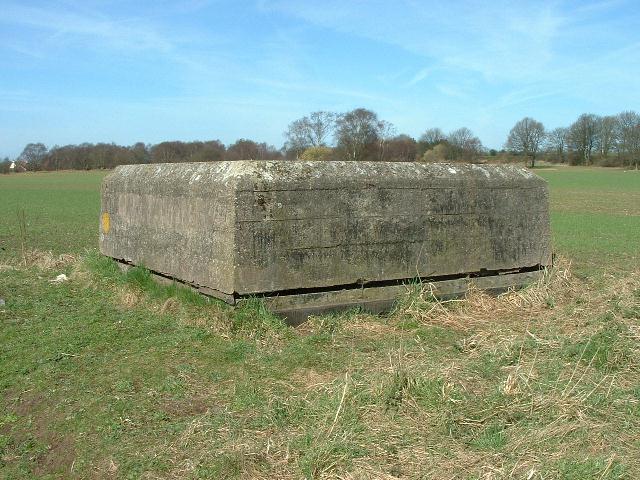 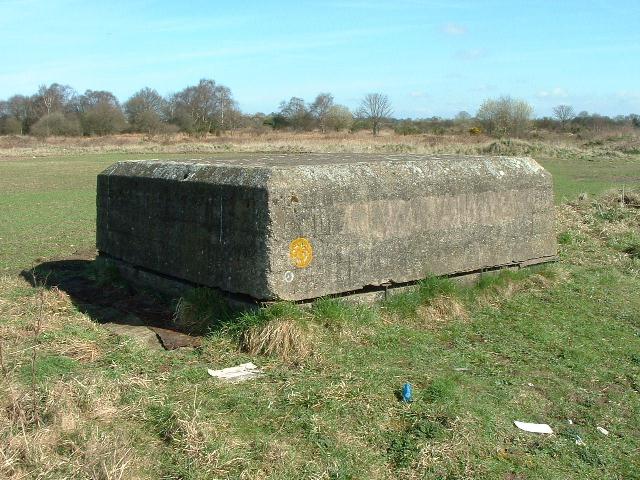 A square upper observation room (O.P.) was accessed via a short iron ladder below a steel manhole cover on one side of the 18 inch (45.7cm) thick bomb-proof roof. There are variations in the slope of the O.P. roof. The blueprint shows it to have, “officially” if you like, slightly tapering sides going up to a curved top edge and a flat roof. In practice, probably to the preference of the local ‘Defence Authority’ and/or the builder (heard this before, haven’t we?) it varies from a square-sided slab (Wellingore) through a modestly bevelled top edge (Matlask) to a bold sweeping curve (Polebrook).

O.P. to the left with Escape Hatch And Ladder 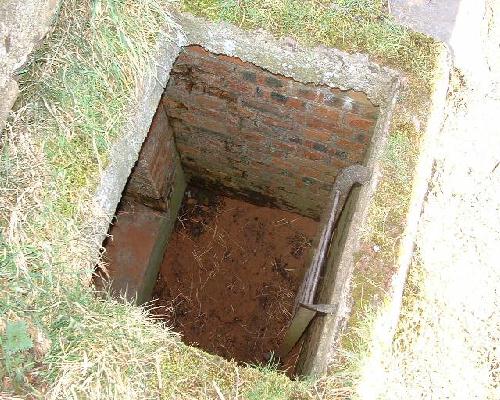 O.P. to the left with Escape Hatch And Ladder 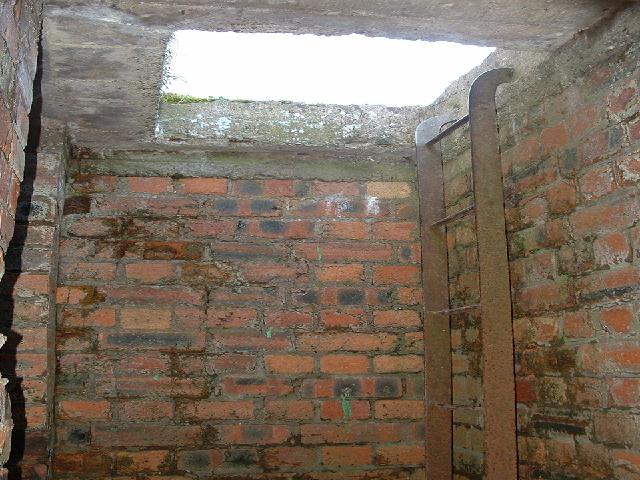 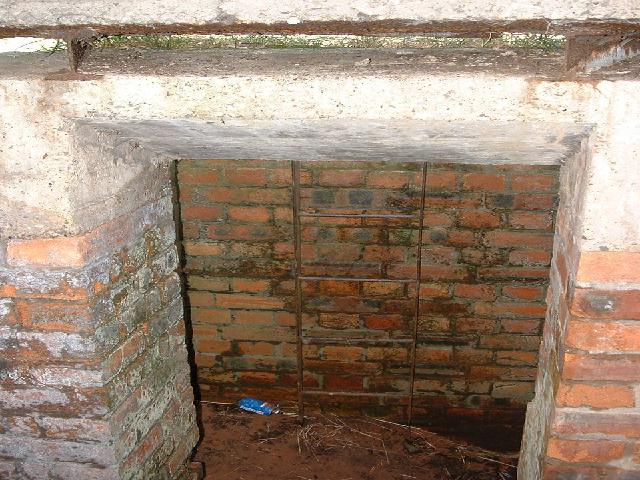 Looking Out From The O.P. To The Escape Hatch Ladder. Note The Viewing Slit Above The Door. 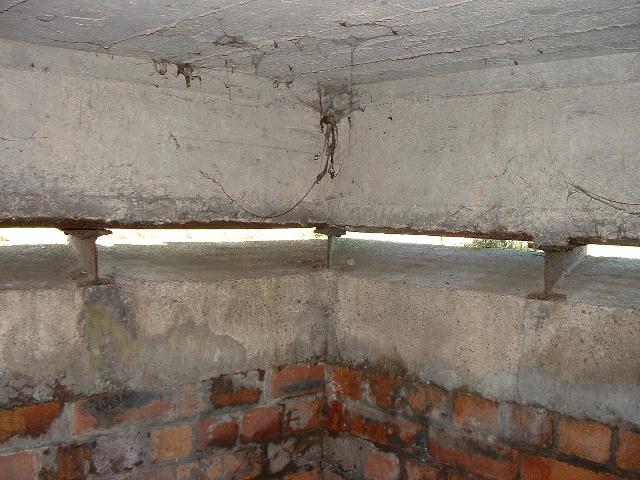 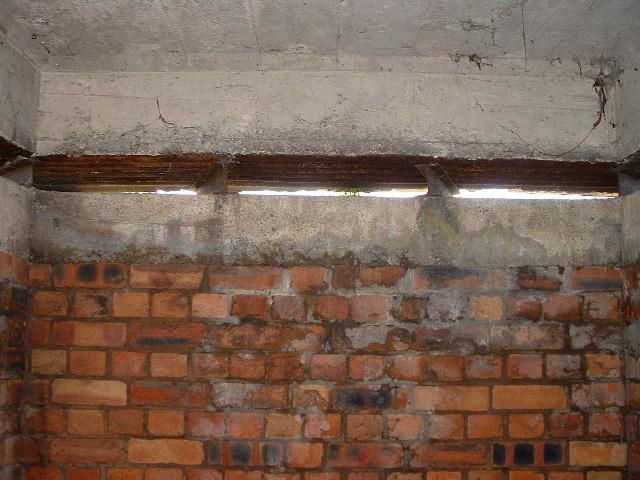 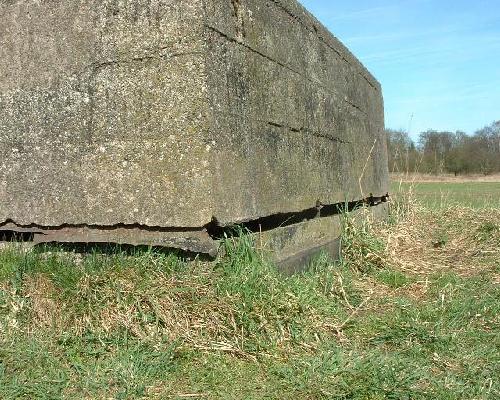 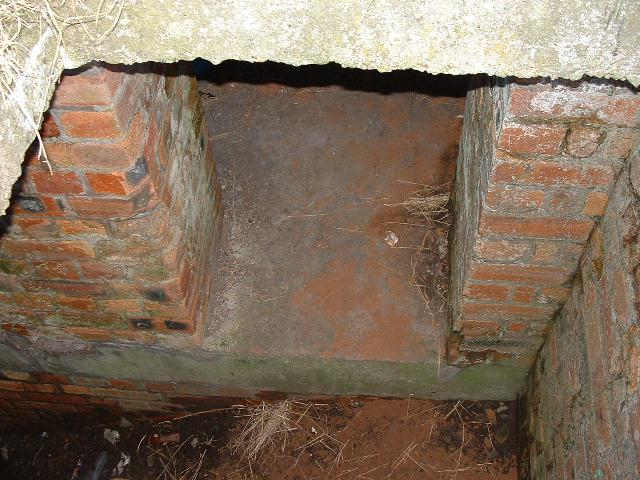 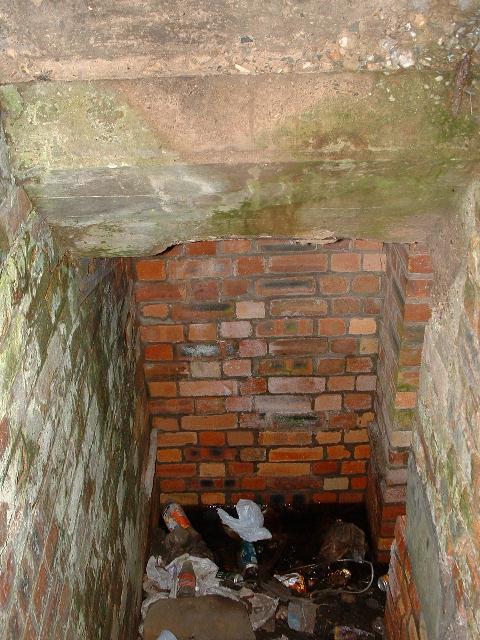 Go Down The Steps & Turn Right At The Bottom 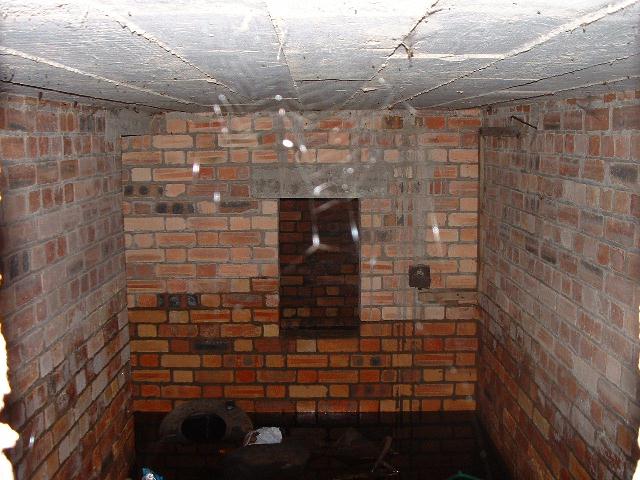 You Find Yourself Inside The Control Room/Office. (Note how wet the bricks are, showing just how deep the water was over the winter months)

The largest was the Control Room for the Commander, his maps and notes; then two smaller rooms, one for the Telephone Exchange and the other for runners/messengers.

It appears that the siting of the B.H.Q. was usually left to the discretion of the local area Defence Commander, the only traceable official ‘advice’ suggested locating them near hedges or buildings “to aid concealment”. Trouble there, of course, is that hedges and buildings also aid concealment for an enemy with mischief on his mind!

Plotting the B.H.Q.-equipped airfields on the map poses another puzzle. There doesn’t seem to be any reason why one airfield has one and another doesn’t!!!!

Defence of each B.H.Q. itself seems to have been discretionary as well. Mostly it would appear to be down to the locally-decided fieldworks, slit trenches and ‘Dannert’ wire entanglements surrounding the emplacement.

The actual B.H.Q. was incapable of defending itself. This is surprising considering the solidity of construction. There was no provision at all for defensive fire.

There were three main types of BHQ, the first design MS 2279 of 1940 CO’s Battle Headquarters and Station Control. These were only built at the fighter stations protecting London although now none are thought to survive.

At ground level they look like a 6-sided pillbox, but below this was a room with another larger one adjacent to it (but at a slightly lower level). There is a very good model of one on display at IWM Duxford.

It would appear that the BHQ of this type at RAF Hawkinge has survived.

This design was replaced by 3329/41 for fighter stations.

A very unusual BHQ with a round observation turret.