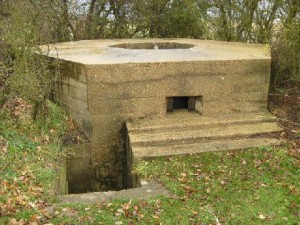 This is usually found in two sizes:
One with walls of 11′ 7″ (3.5m) and the other with walls of 9′ 9″ (3m)
Instead of the high level doors through to the central well, there is usually a full-height door in an angle of the inner wall

Several hexagonal pillboxes can be seen close to the perimeter of RAF Detling in Kent, the example in the pictures is probably the most well known and visible beside the A249 on the Kent County showground. Note this pillbox is six sided with central open well and protected side entrance. 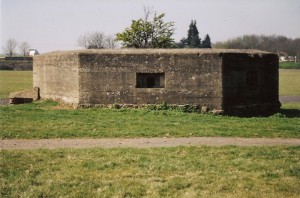 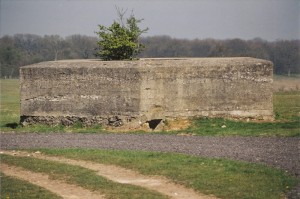 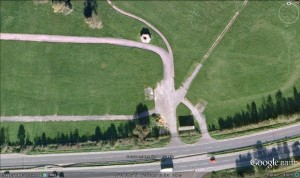