Armed with spades, broom and various other tools, myself and fellow PSG member Tim Burt both met on a misty December morning in 2007 to make over a rare Vickers machine box is situated in north Hampshire. 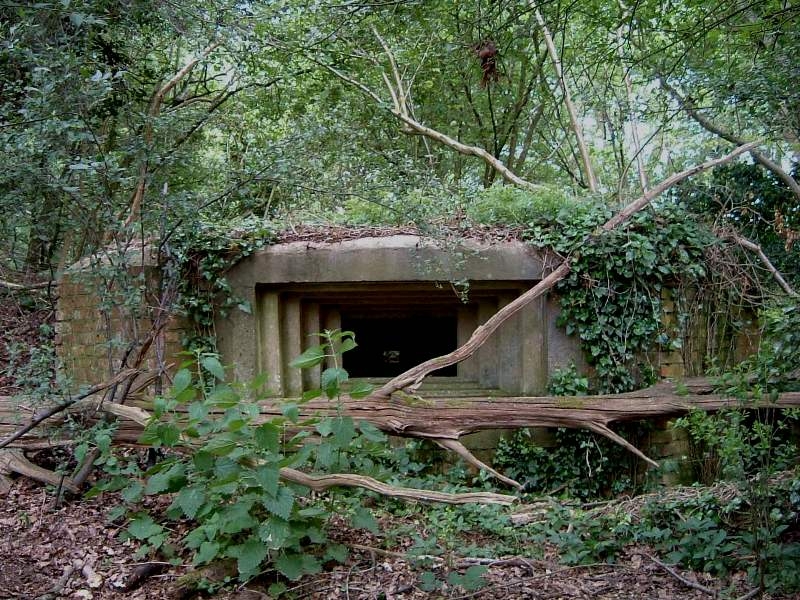 I had been given permission by the landowner to carry out a study on the Vickers machine gun emplacement earlier in the year but had decided to leave until the winter months for the leaves to have fallen.

During the summer i spent a few hours measuring and noting details but needed to remove its covering to complete the task. Initially the box appeared to be fairly free of vegetation and looked an easy makeover to undertake, however this was not the case. It took both of us just over 6 hours of back braking shovelling, digging and scraping to remove decades of compacted leaf mould, ivy growth and rubbish to see the end result. 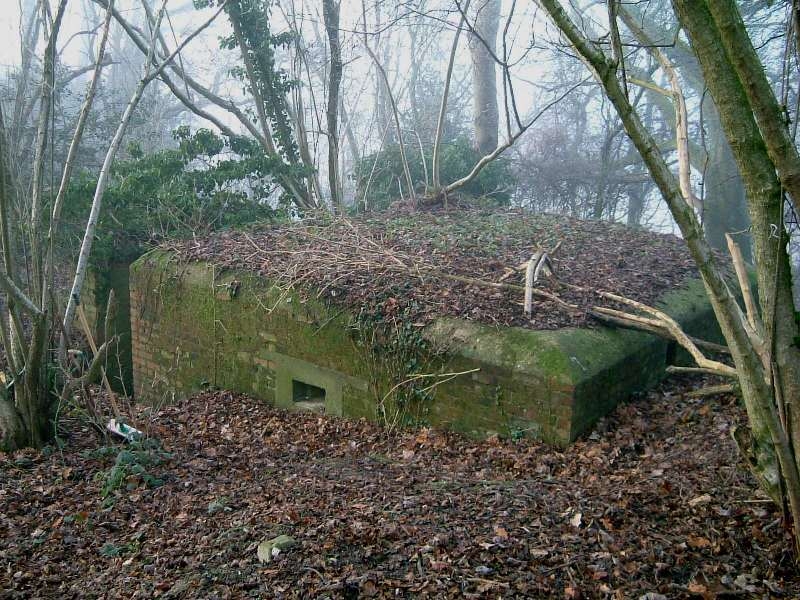 Because the pillbox is on private land and hidden from view it has survived in excellent condition.

The box sits in a small copse and is well dug in to a sandy and clay bank. The main embrasure faces west overlooking low set fields and woodlands.  The emplacement is entered by either steeping down a set of steps at the rear of the box, or from the front alongside the extended blast wall, the interior is dry and clean and only needed a sweep out. 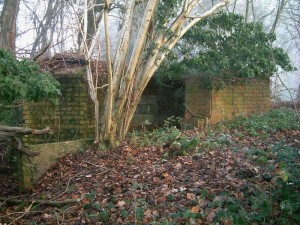 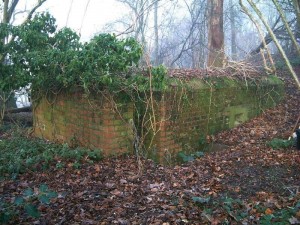 Most of the  walls show original white paint in areas, other parts have suffered from minor modern graffiti. The large concrete Vickers gun table stands intact on its two square supporting legs. Externally the pillbox is in superb condition with no deterioration on any of the brick shuttering, the huge stepped embrasure is also in very clean condition. 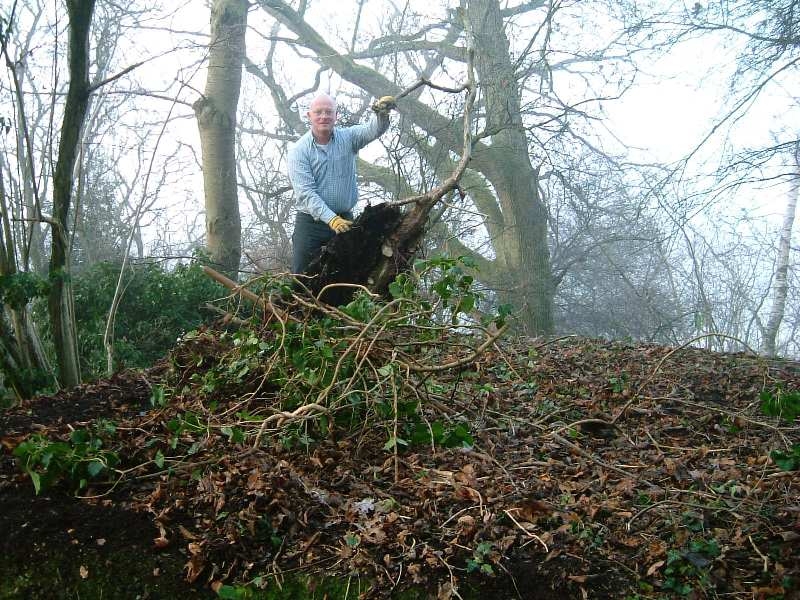 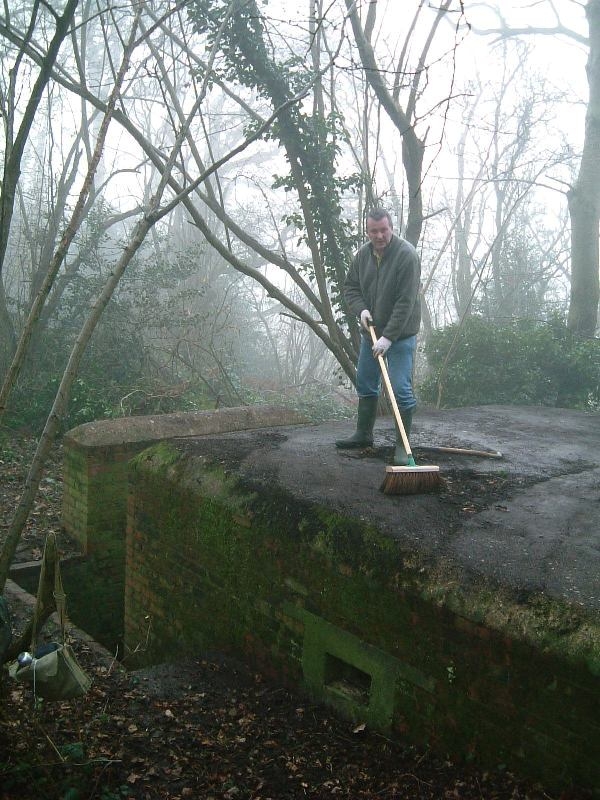 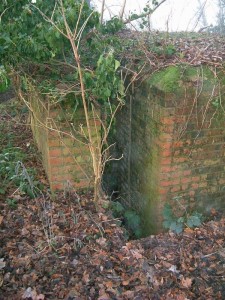 The smaller side embrasure (which still has the remains of its flame proof flap attached) gives a view out to the south west, because of the  arc of fire from this side loophole the forward edge of the blast wall is angled off. The weapon shelf for this side loophole has the deep square hole cut into it to enable a bren gun tripod to be positioned, the rear wall  boasts an additional loophole firing to the south east.

On the dug in side of the pillbox there is a small staggered vent to help with the removal of gases from the firing Vickers gun. 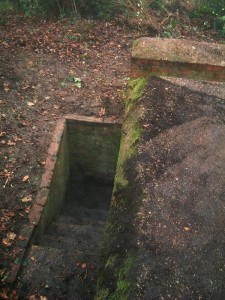 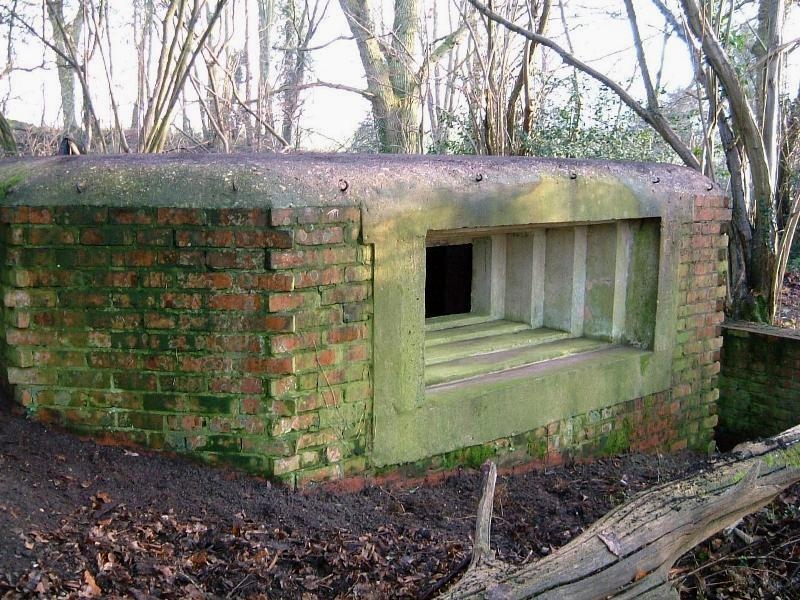 The  top edge of the roof and blast wall still have the thick metal hooks set into them, these would have once secured camouflage netting in place. 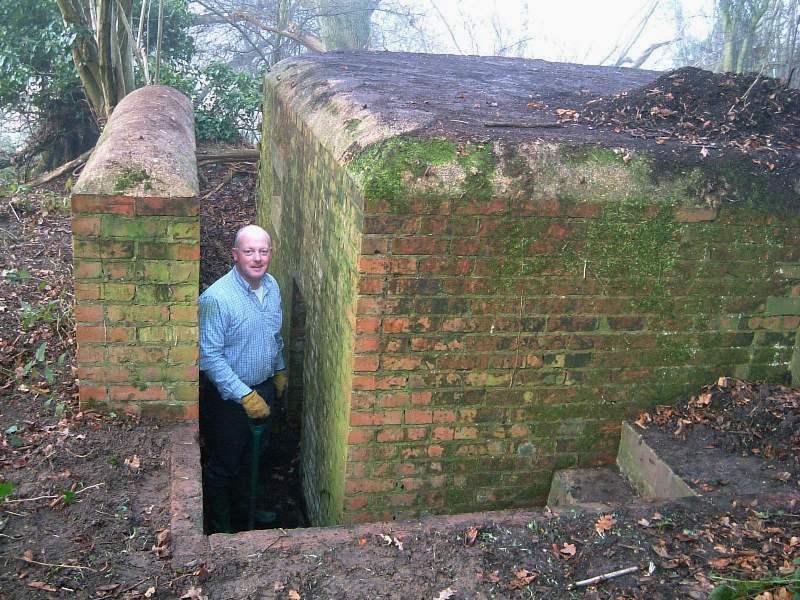 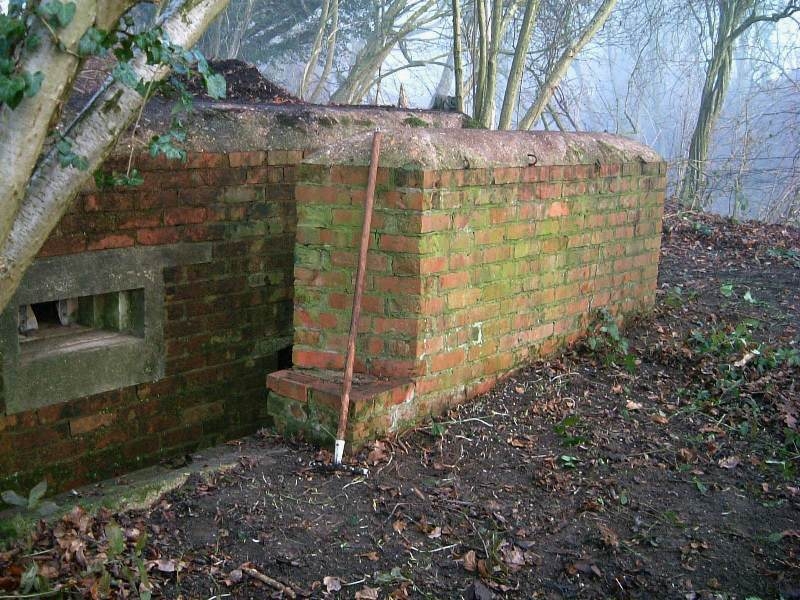 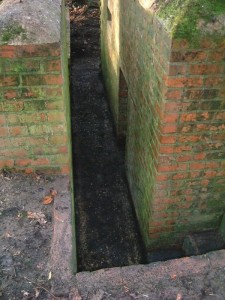 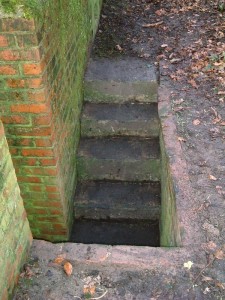 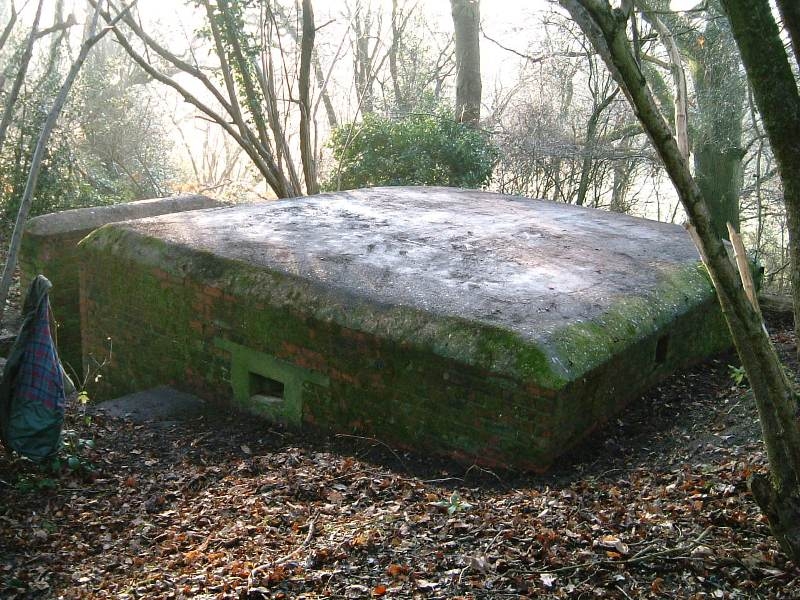 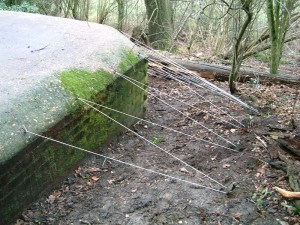 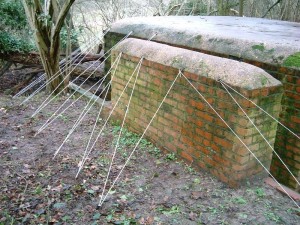 Nearby on the edge of the field are the remains of a further pillbox, i have met the man who demolished this box in the 1950s. Originally positioned in the adjacent field it may have been the other Vickers box making up the pair.

A few weeks later i returned to tie cord from the cam net hooks to the metal pickets surrounding the perimeter of the pillbox, the results show how and where the scrim netting would have been stretched in an effort to reduce the gun emplacements profile as well as to conceal it from ground or aerial view.

As part of the February 2008 PSG War Walk members were given chance to inspect this finished project, since completion a further five Vickers emplacements have received attention from our small group of enthusiasts. 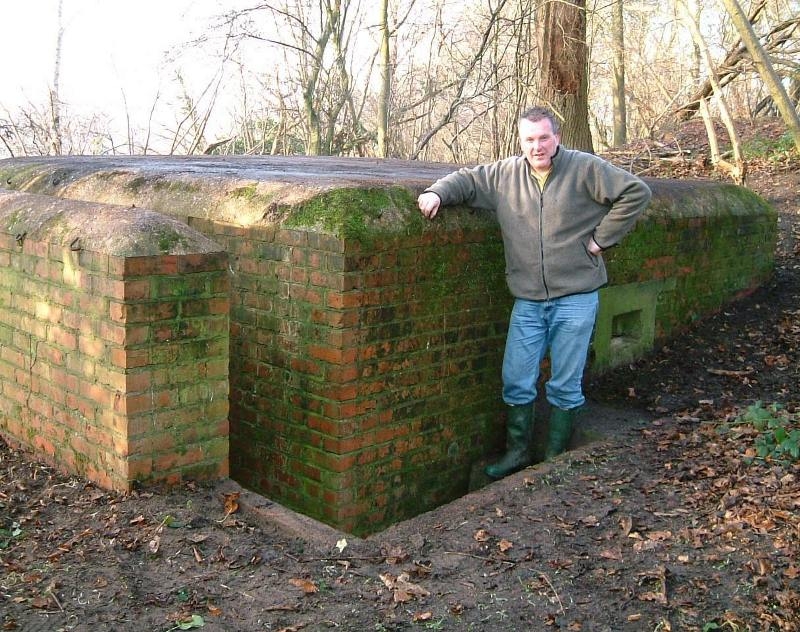