An Unusual Defence Structure at Bandeath

I’ve had a browse through the different types of pillbox etc but can’t see anything like the structure in the attached photo, so wondered if you had any ideas. 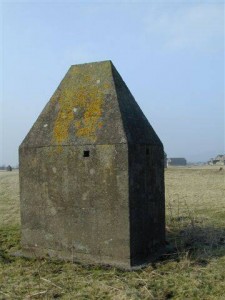 Location is Bandeath, near Stirling (Central Scotland). Now partly used as an industrial estate, Bandeath was a WWII Royal Navy Ordnance site and there are several identical structures like this on the site. Entrance is around the other side – sorry the photo has no scale, will try to get some better ones if you’re interested. The small ‘loopholes’ don’t look big enough to fire a weapon through and I think you would be struggling to manoeuvre a gun around inside.

I wondered if they were some type of firewatchers post perhaps? No sign inside of shelf or other type of gun mount. Observer inside would need to stand on a stool to see out as ‘loopholes’ are quite high up. 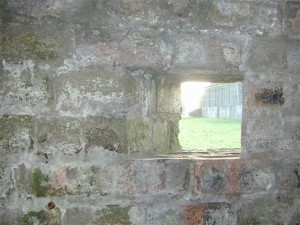 The close up shot is looking out of one of the ‘loopholes’. 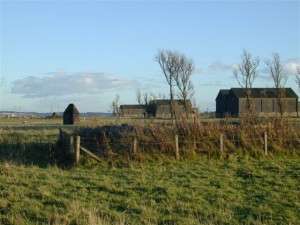 The distant shot shows two of the structures and you should be able to see they are not aligned with the magazines. These structures seem to be set diagonally compared to the rest of the site, which is of course laid out along the usual dead straight military lines! 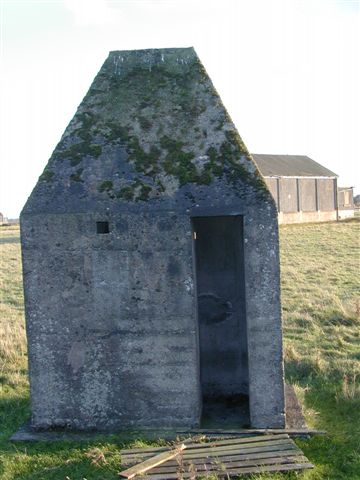 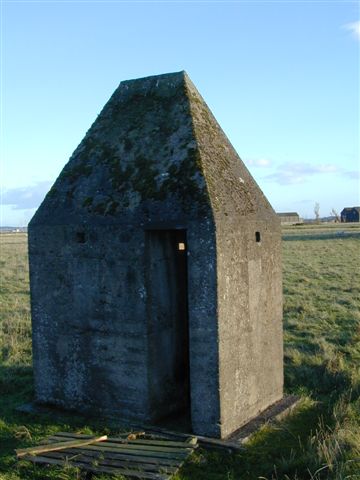 I don’t think these were personnel shelters as there are a few of these closer to the magazines, as well as a couple of underground shelters made of pre-cast concrete sections which look like they should be part of a Marley garage! 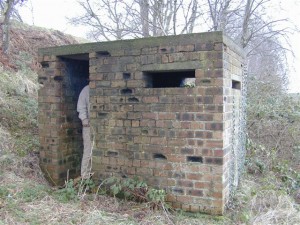 There are also more standard ‘pillboxes’ which I’ve attached a photo of as well for your interest.

Thanks for any help you can give,

My guess would be that you are correct in that it is some kind of fire-watcher’s shelter. Obviously they were worried that the ordnance site would be air raided and this structure could be for the fire-watchers to shelter in. (Alternatively, it could be somewhere for them to shelter if the whole ordnance site went sky high!) The lack of loopholes means that it not a defensive fire position. More interestingly, it has a very angled roof – rarely seen on British buildings and more commonly seen on German air raid shelters, the idea being that the slope would deflect any falling incendiary bombs. I have never seen another structure like this in Britain particularly with such a sharp roof – has anyone else?