WW2 Defences beside the River Mole

After an early morning visit to Dorking my wife and I decided to take an interesting riverside walk close to the Surrey hills, this by a strange coincidence would take us by some remaining WW2 defences! 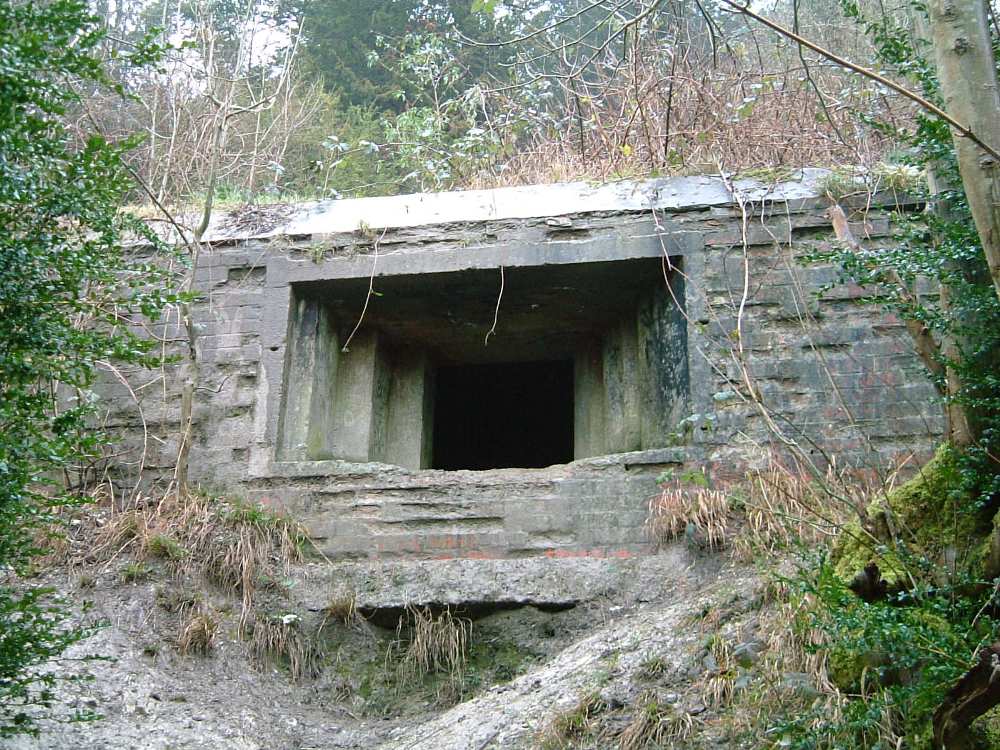 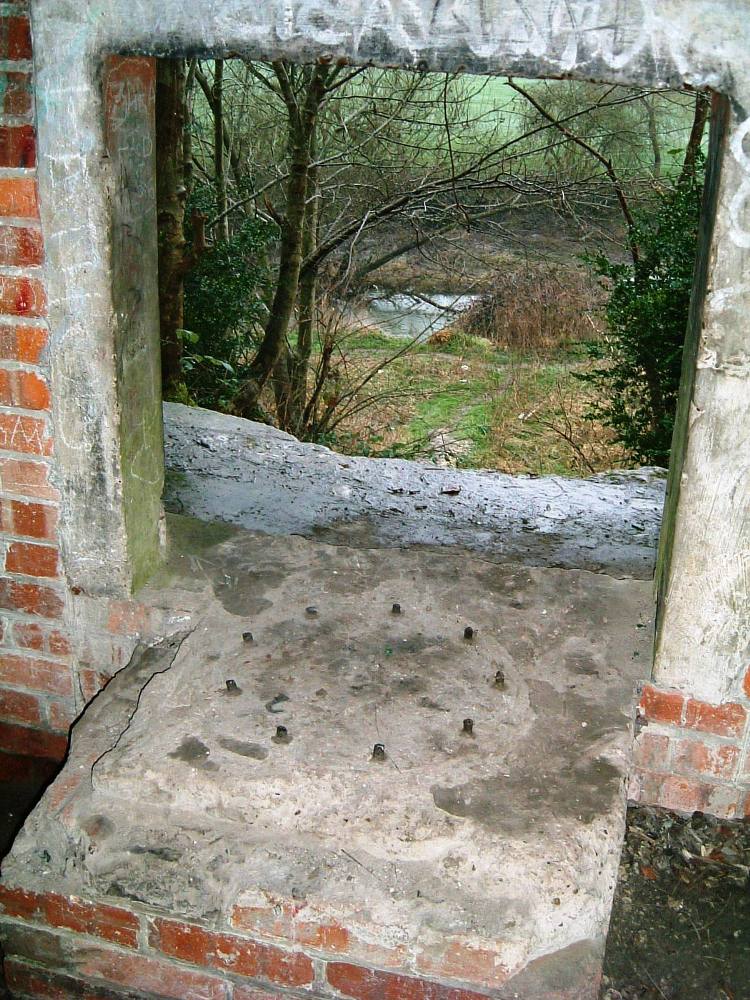 Starting at the bottom of Box hill and close to the A24 we found a small public car park, after a short walk through a wooded area we came across stepping stones that cross the River Mole. We carefully crossed to the other side and once on the opposite bank we headed to our right and walked south east along a narrow muddy path with the river to the right.

This well trodden walkway leads along the bottom of the steep and chalky slopes of Box Hill, here just above us to our left  was a type 28 6-Pounder emplacement  perched on the hillside at map reference TQ174511.

This brick shuttered example points south west and once covered an anti tank ditch dug between the A24 Dorking to Leatherhead Road and the River Mole, the gun emplacement is accesible  but care should be exercised as the chalk slope is very slippery so good gripped footwear is essential.

Internally the defence is in poor condition and partly filled with soil slippage, the interior walls are adorned with graffiti and rubbish is scattered around the sides, the Quick firing 6 Pounder guns  holdfast mount  can be seen with its 9 retaining studs still in place, a single side embrasure faces south east opposite the defences side entrance.

Continuing along the muddy footpath where the going got more difficult we eventually came to the unusual collection of tall and narrow concrete pipe obstacles at TQ174510. 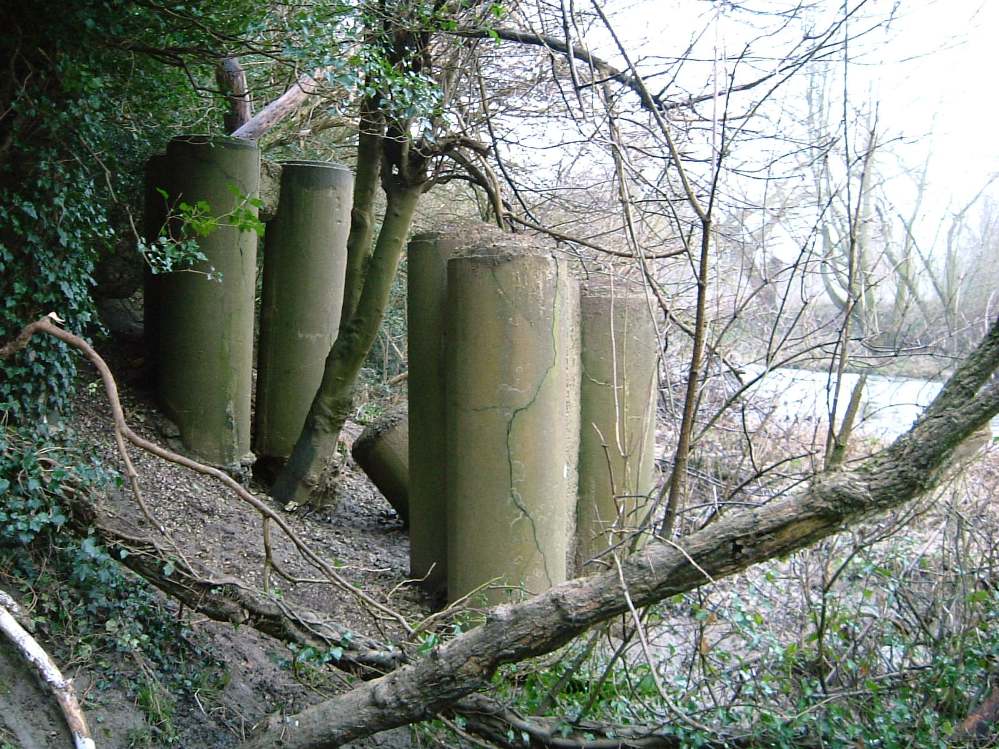 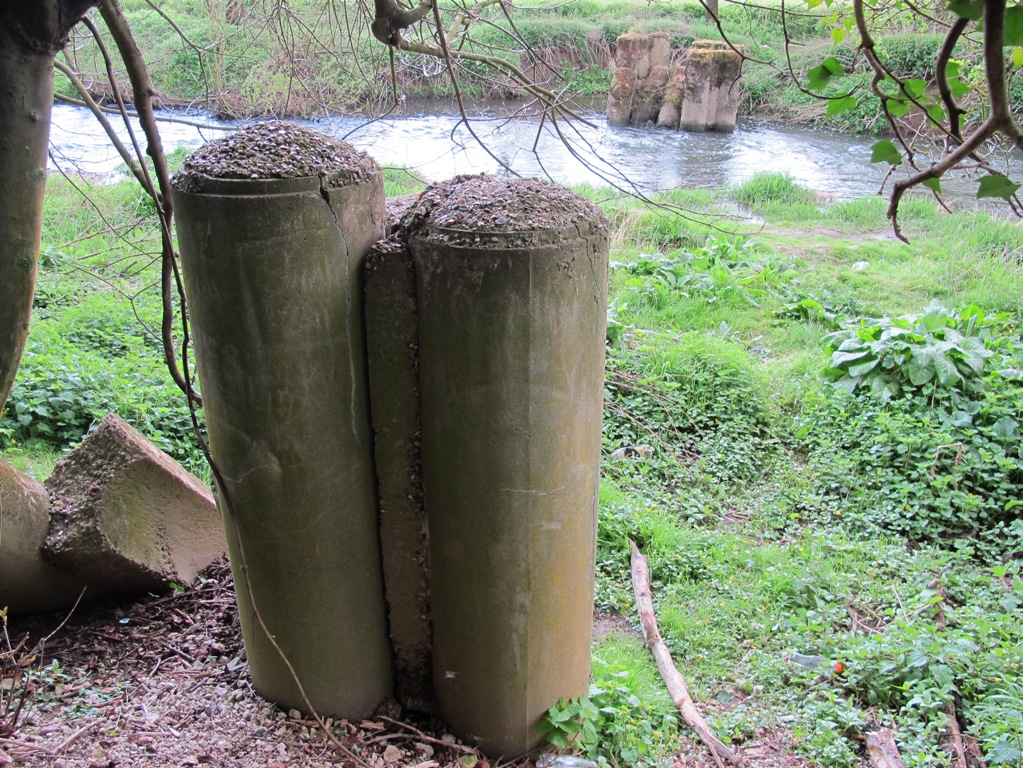 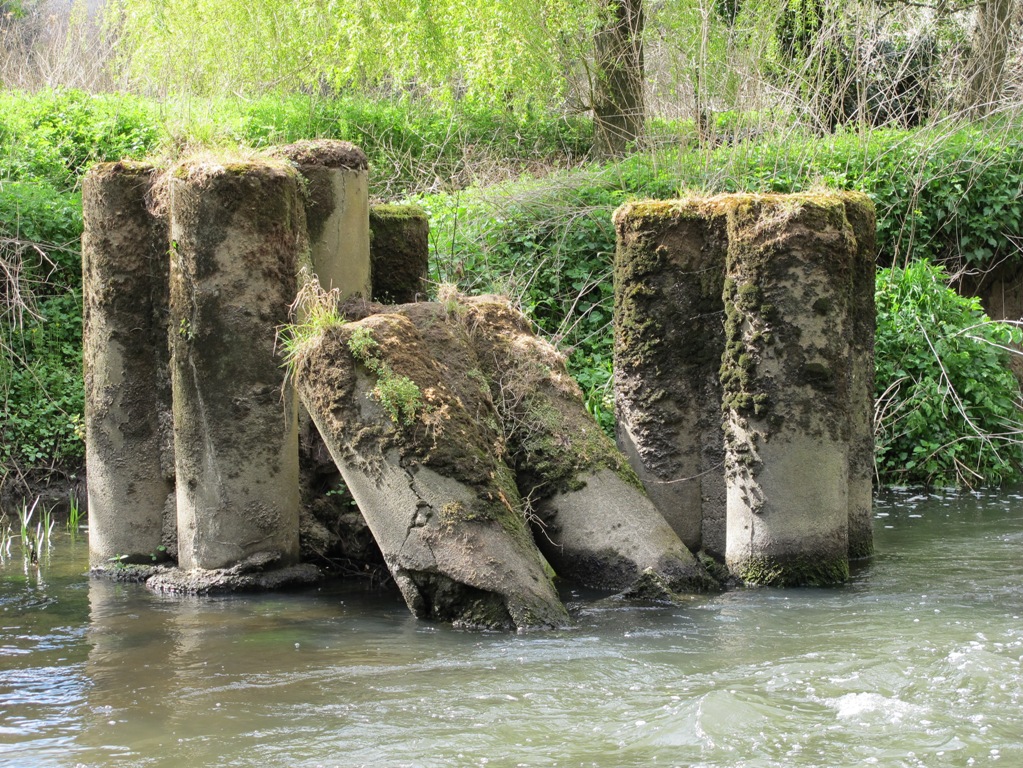 These bizzare vertical structures are arranged together in groups of three , several others can be seen lying on their sides nearby, across on the opposite side of  the river a similar arrangement can be seen dug into the bank.

I have been told that more cylinders were once placed between these stretching across the river and secured with steel hawsers making an effective barrier obstacle.

Returning to the car we took the road out of Dorking towards Reigate, here we found another suitable place to park and followed a route down a sloping footpath along a narrow alley way and crossed a footbridge over the River Mole.

On the east side of the river again we walked along its edge heading in a north west direction, here the going was muddy and involved negotiatiating a large herd of cattle blocking the pathway.

With the lower slopes of Box hill to our right we eventually came to the unmistakable sight of a row of twelve anti tank cylinders perched on the edge of the river bank at TQ174507. 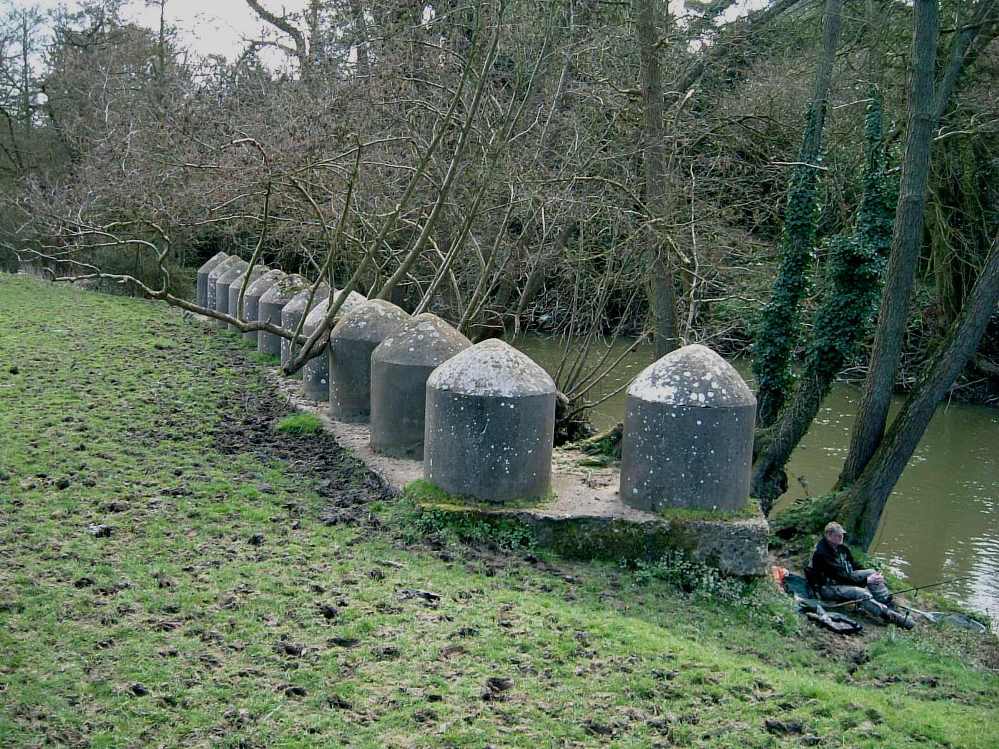 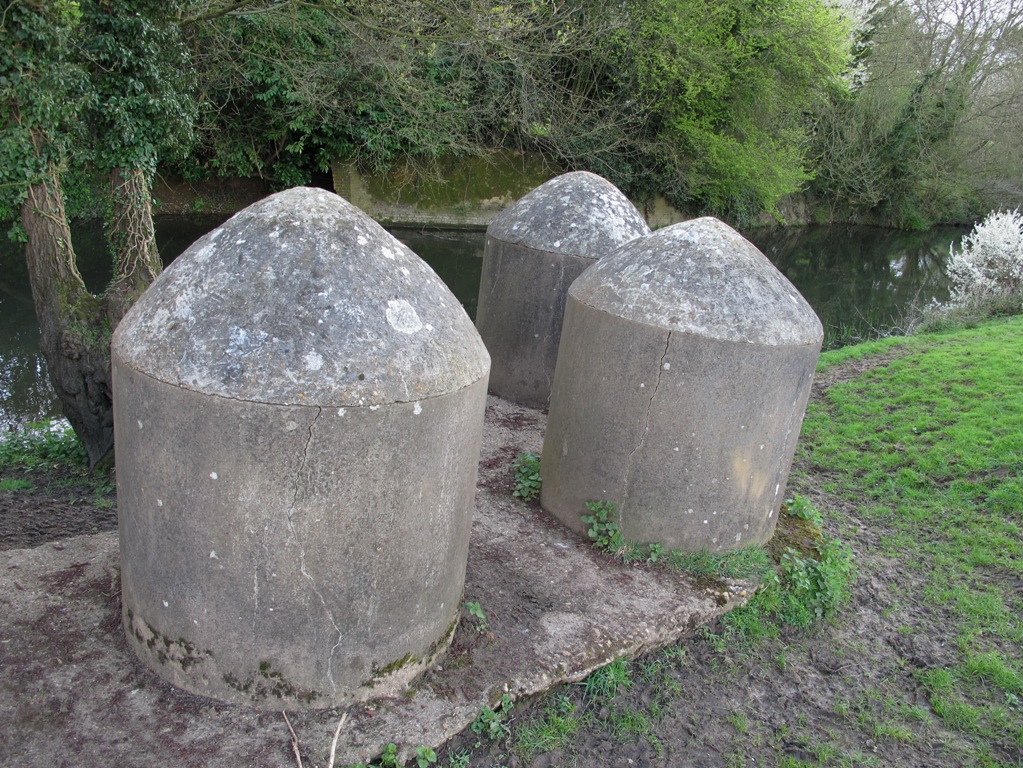 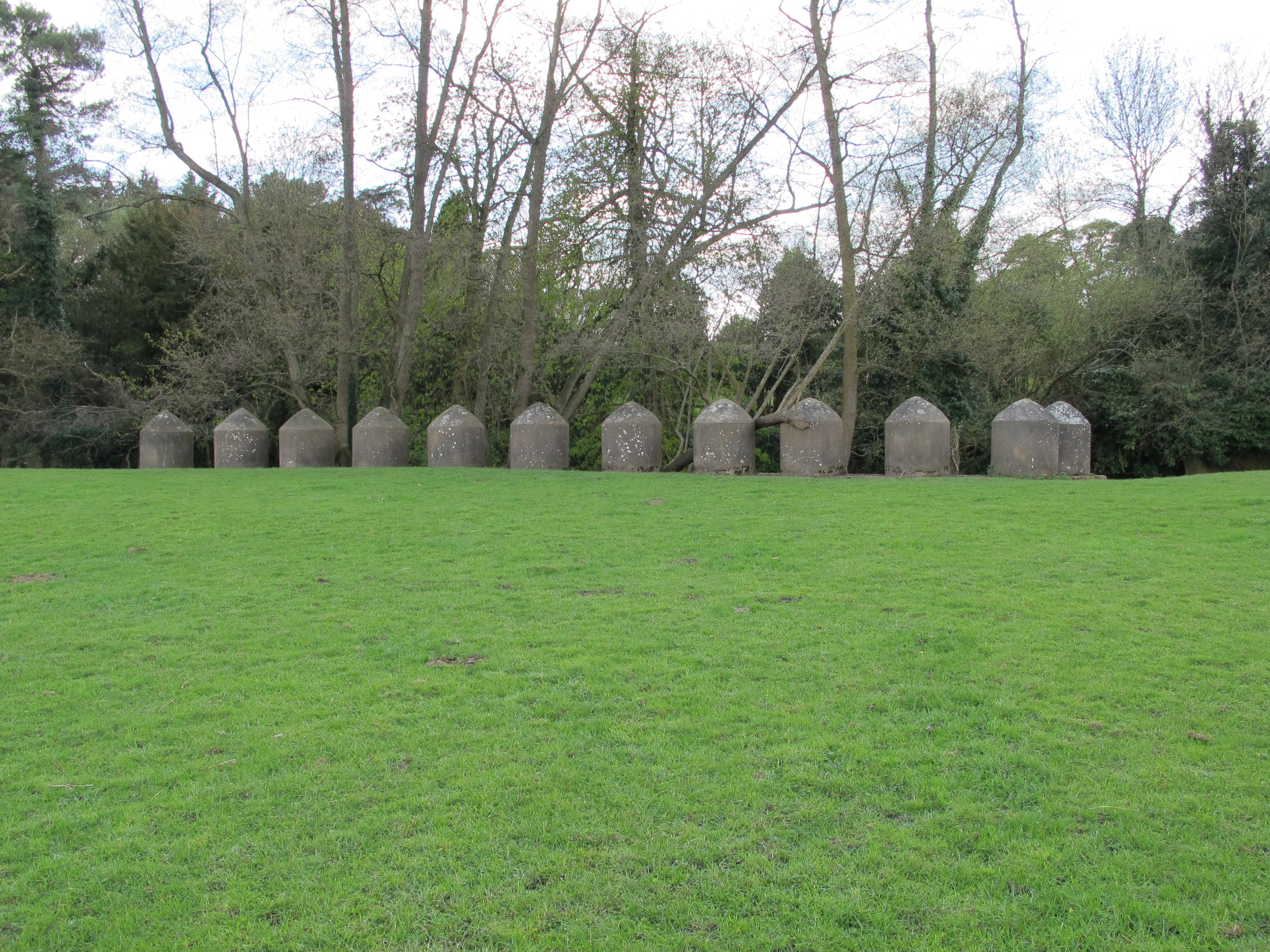 This unusual collection of cylinders are spaced at 3ft intervals, and are mounted on a 2ft thick concrete base shaped like a hockey stick, all are in excellent condition but the underside of the foundation is becoming eroded by fast flowing river levels.

A short walk from the cylinder is a partially dug in shellproof Type 24 Pillbox at TQ174509, this defence faces west and fires directly across the River Mole towards the A24 road. 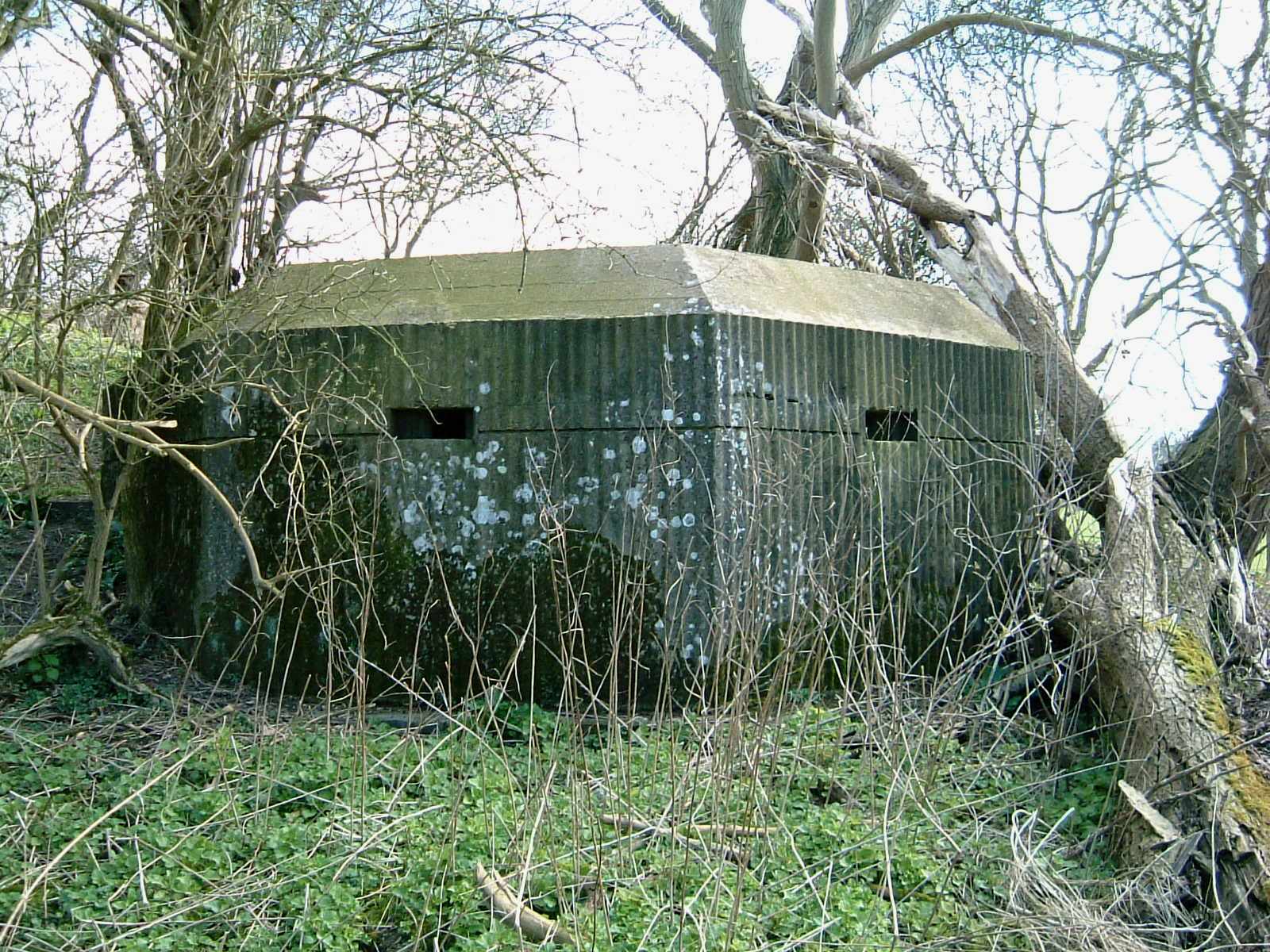 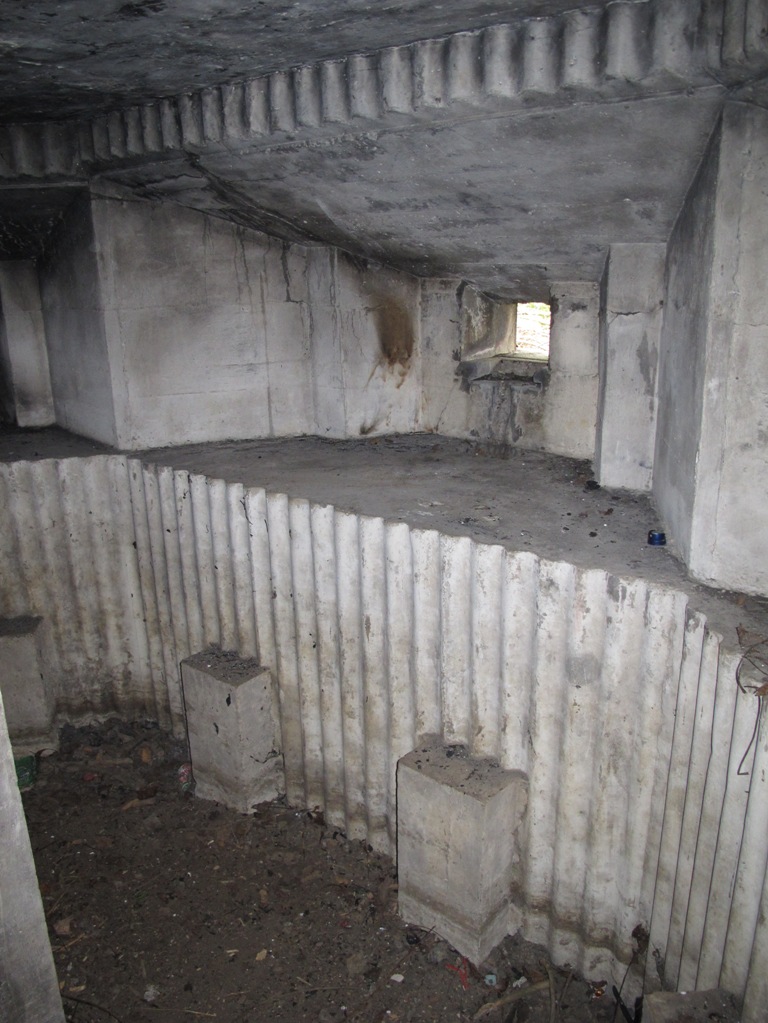 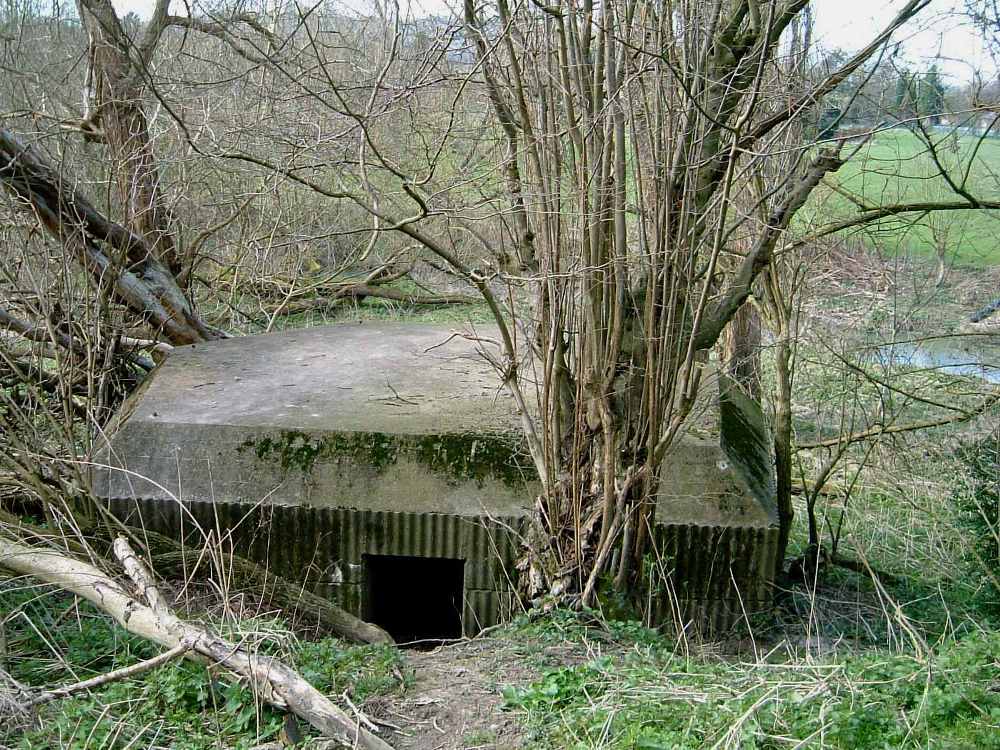 This shell proof defence looks unusual with an all round chamfered roof edges and concrete ribbed outer walls built using corrogated shuttering, due to its dug in location there are no rear loopholes and its rear entrance is now restricted due to soil ingress, its interior is just accessible if you are prepared to go on hands and knees.