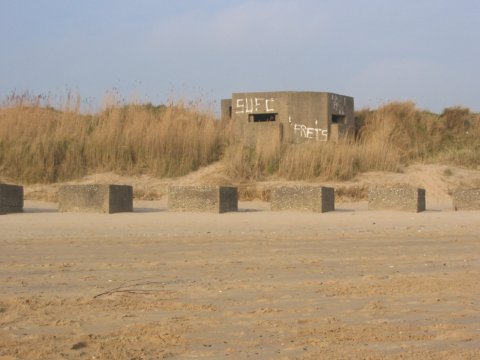 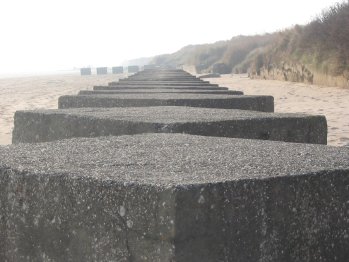 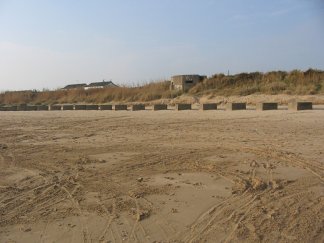 Auburn Sands, Bridlington was a very vulnerable, quiet area, perfect for a German landing, with smooth, golden, flat, sandy beaches and flat tank country behind it. Today, it is a perfect example of surviving ‘coastal crust’ defences and most definitely worth a visit.

Interestingly, it is still possible to see how the beach was divided up by anti-tank cubes into controllable fire areas, so the defenders could ‘manage’ the invaders into abattoir-style killing zones. If the defence design worked, the invaders would have been massacred by devastating enfilading fire from the locally-designed (-only seen on the NE coast-) ‘eared’ front-entranced death-trap pillboxes, firing at angles up and down the beach (shown in photos 1, 2, & 3).

I call the ‘eared’ pillboxes ‘death traps’ because if the defences were swamped by too many invaders, there would be no escape for the ‘eared’ pillboxe’s garrison. As the name ‘eared’ suggests, there are two entrances, one either side facing forward, meaning that any defenders attempting to escape from the pillbox would run straight into enemy fire.

The ‘eared’ pillboxes’ design seems to go with the ‘they must not pass – fight to the last man, last round’ defence ethos of the front-line coastal crust. 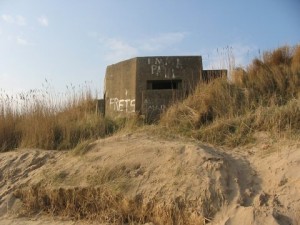 It is believed that the ‘eared’ pillboxes had just two Vickers MMG machine guns in them. Internally, there are recesses below the two loopholes to fit the forward-facing tripod legs (hence the external protrusion seen below the loopholes). They do not have any rearward loopholes. 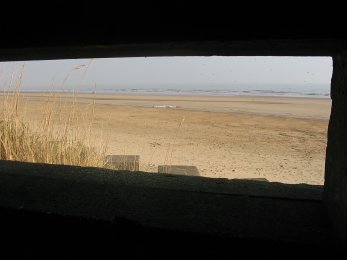 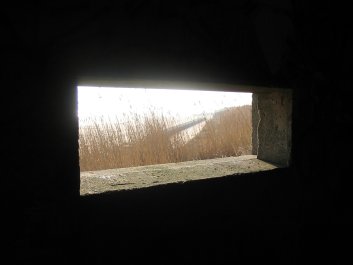 It’s well worth looking inside the ‘eared’ pillboxes – one still has the ranges to definite measured fixed points such as the row of anti-tank blocks pencilled above the loopholes for the Vickers machine guns and on the outside a builder has written in the then wet concrete ‘Woodlice Villa’ suggesting its early guests! 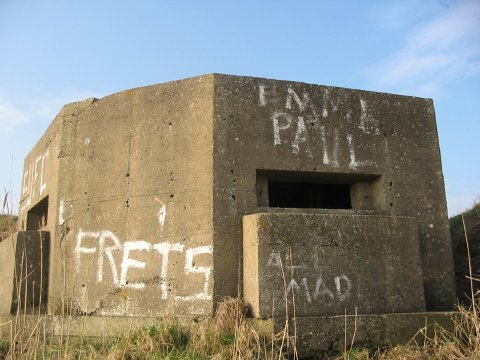 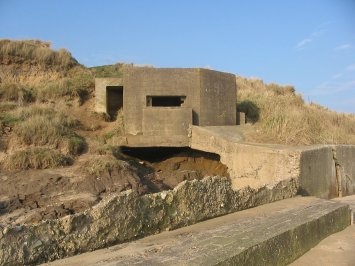 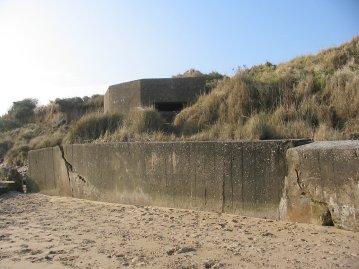 Note that the anti-tank blocks are faced ‘edge-on’ to cover more area and so use less concrete overall, due to the concrete shortage. This did save concrete but in 1941, it was found that they were more susceptible to enemy artillery fire. 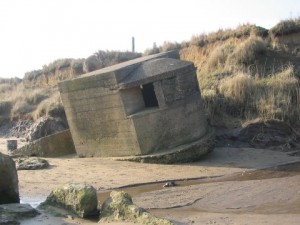 The structure in this photo is a very rare – it is a Beach Light.

This would have held an arc light searchlight. Its purpose was to illuminate the beach at night so the defenders could see where to fire, in case the Germans made a commando-style night landing/raid.

It also was an extremely dangerous position to man, perhaps more so than the ‘eared’ pillboxes, because the light would have immediately drawn enemy fire in an attempt to put it it out. There are also no loopholes, suggesting that they could not put down any defensive fire themselves.

Although the large loophole may have had sliding metal shutters to channel the light beam to the particular section of the beach they wanted to illuminate, the loophole was nonetheless very large and would have been very open to enemy fire. Interestingly, if the beach light is in its natural position and has not slid sideways through post-war erosion, it seems it was built sideways to reduce the vulnerability of the crew, as at that angle it is impossible to fire up the beach directly into the crew’s main chamber.

I also noticed the partially filled-in loophole. I think it may have been filled in for several possible reasons:

a) to make the loophole less open to enemy fire or

b) to possibly turn it into a pillbox.

Another possible explanation and the reason I’m inclined to go with, for it being partially filled in, is if the light was built side-on, at that angle it would also have lit up all the defences for the invaders!

About 50m behind the ‘eared’ pillboxes are a rearward line of Type 26 square pillboxes to defend the rear of the ‘eared’ pillboxes, from out-flanking movements or German paratrooper rear attacks. Some of the Type 26’s have the two beach-facing loopholes cut into one large loophole, suggesting they later had machine-guns instead of rifles. 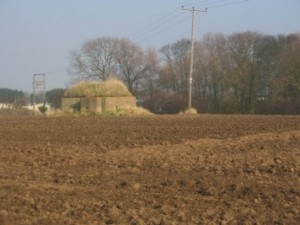 Full details of the ‘eared’ pillboxes and beach lights, together with OS map references can be found in the PSG Handbook (Buy it!). One of the ‘eared’ pillboxes at Auburn Sands can also be seen on the cover of the 1995 Council for British Archaeology Handbook ’20th Century Defences in Britain’ Ed. Bernard Lowry. For a further example of how the defences would have worked, see the page on the PSG website taken from my university dissertation about the coastal defences further down the Yorkshire coast at Sand-le-Mere. 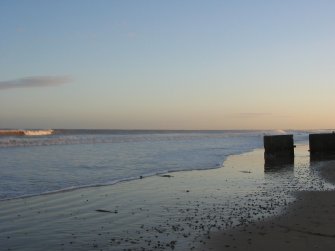 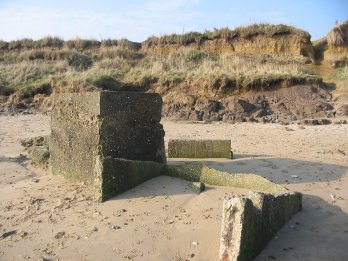 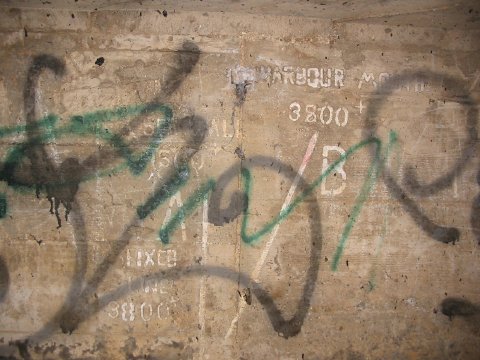 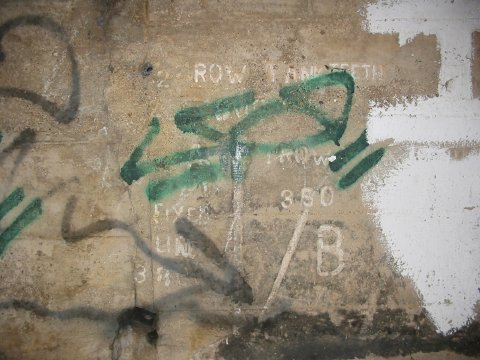 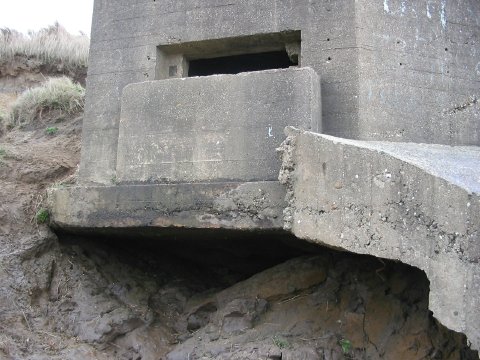 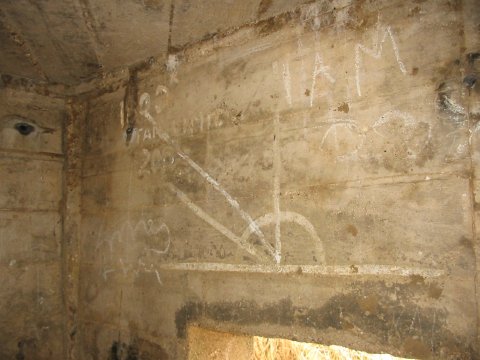 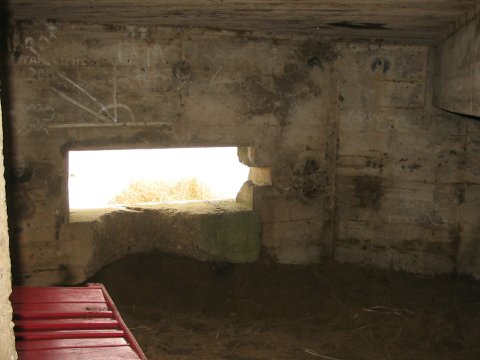 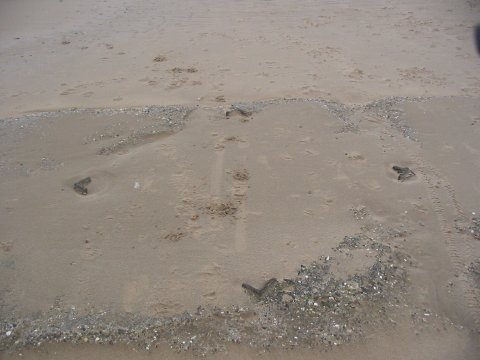 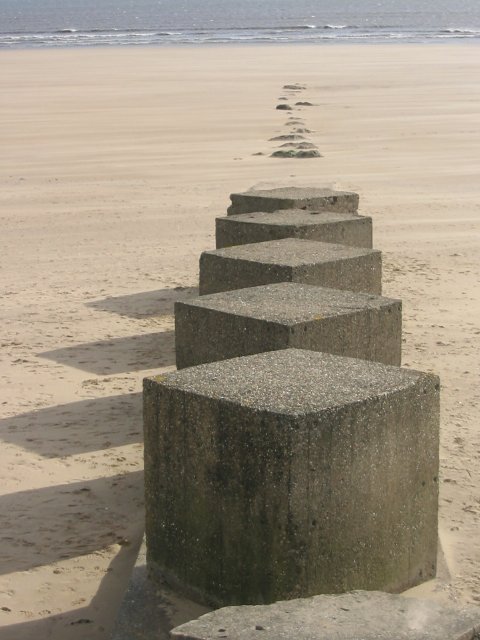 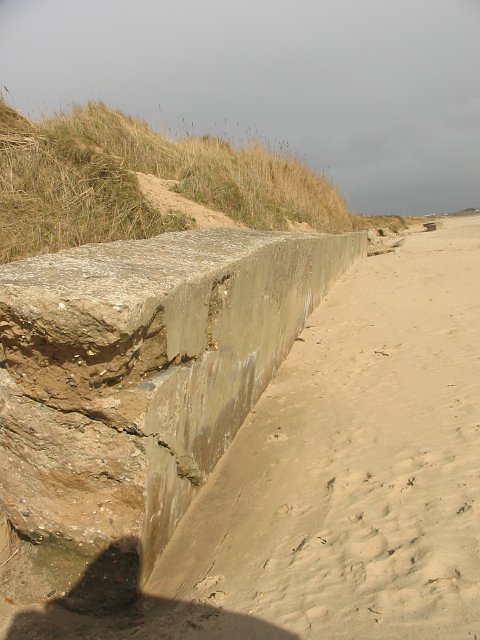 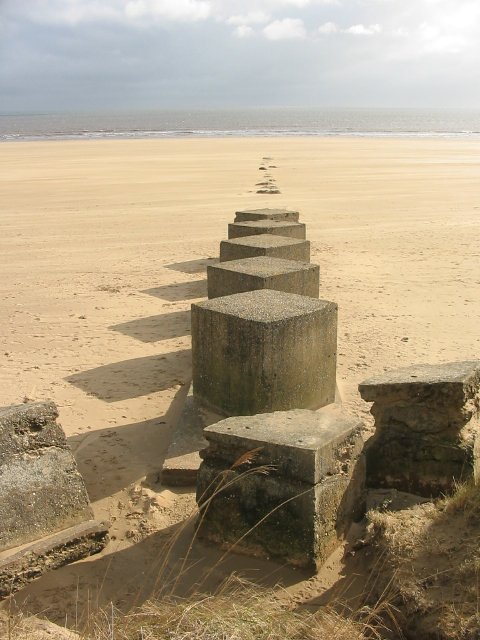 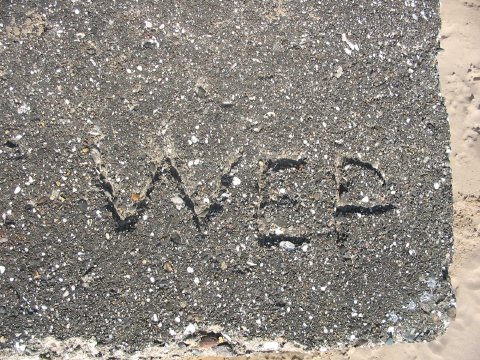 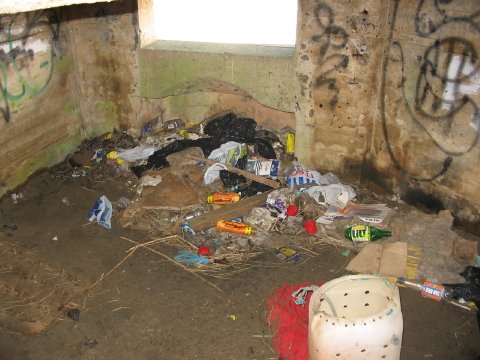 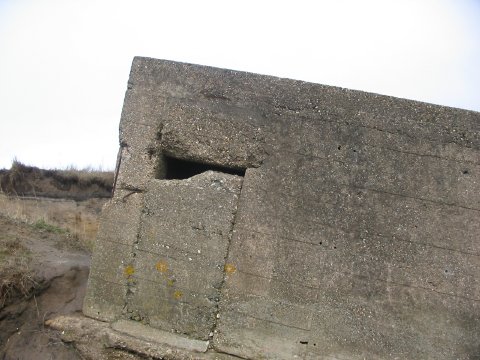 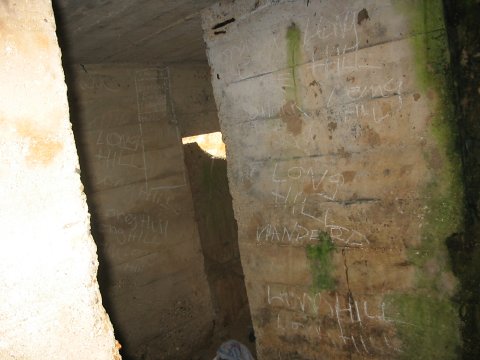 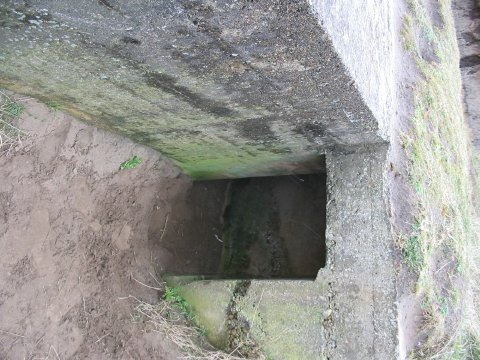