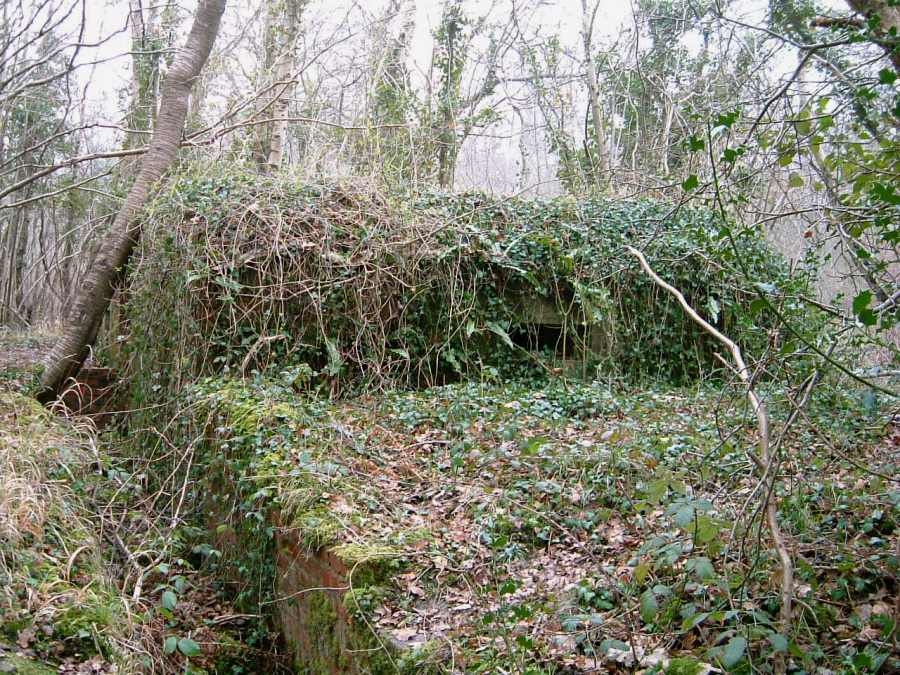 A very overgrown view looking along the brick sided trench. 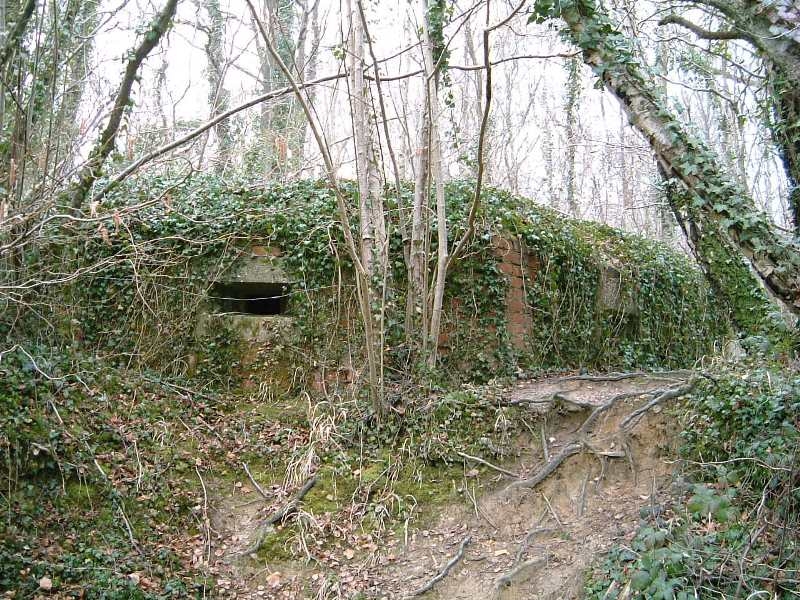 The pillbox is on private land, this is a front view looking from canal towpath. 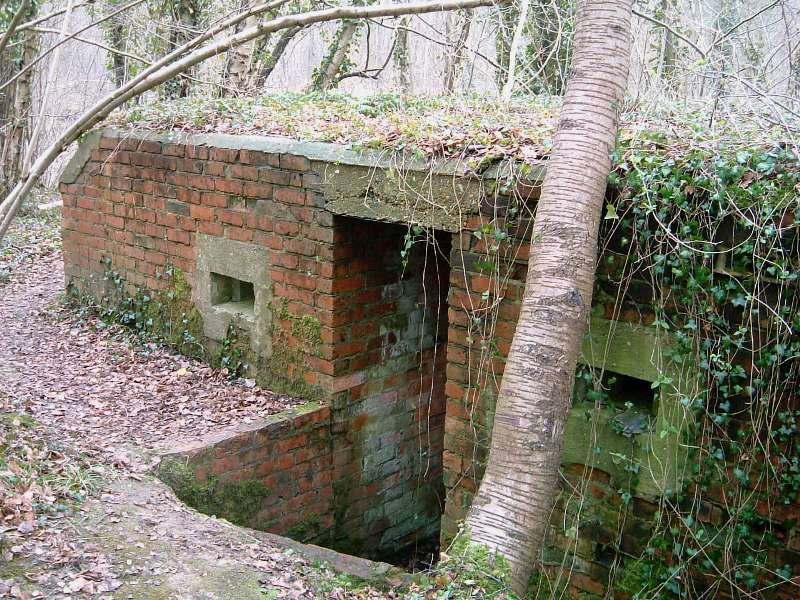 March 2008 saw myself and PSG member Tim Burt meet up to work on an overgrown Type 24. I had worked on an adjacent example at the beginning of January 2008 and as an on going project it enabled me to show PSG members a ‘cleaned off’ example during the  PSG annual walk in February. This GHQ line A shell proof example was built for site and is dug in on private land next to the Basingstoke Canal in North Hampshire , its rear has a brick walled trench that has now subsided and collapsed within the doorway partially protected the entrance, the escape trench runs out twenty feet or so into the woods. 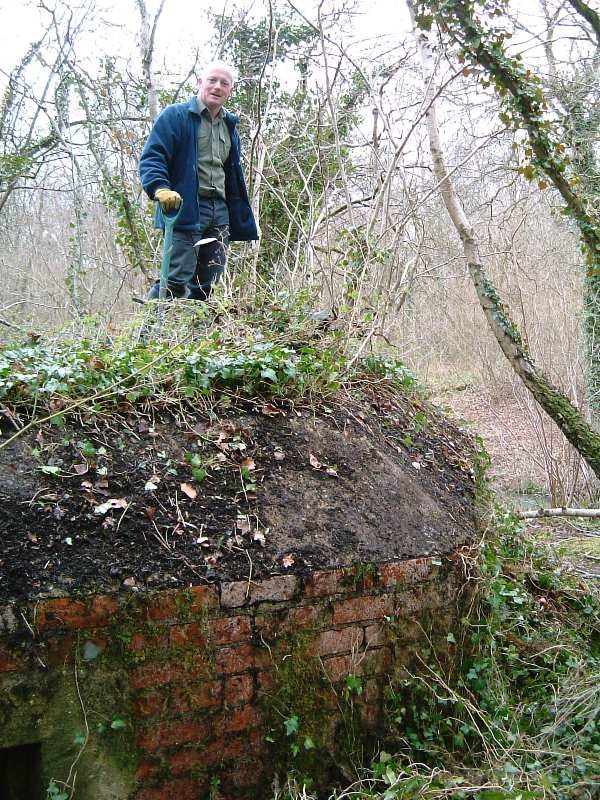 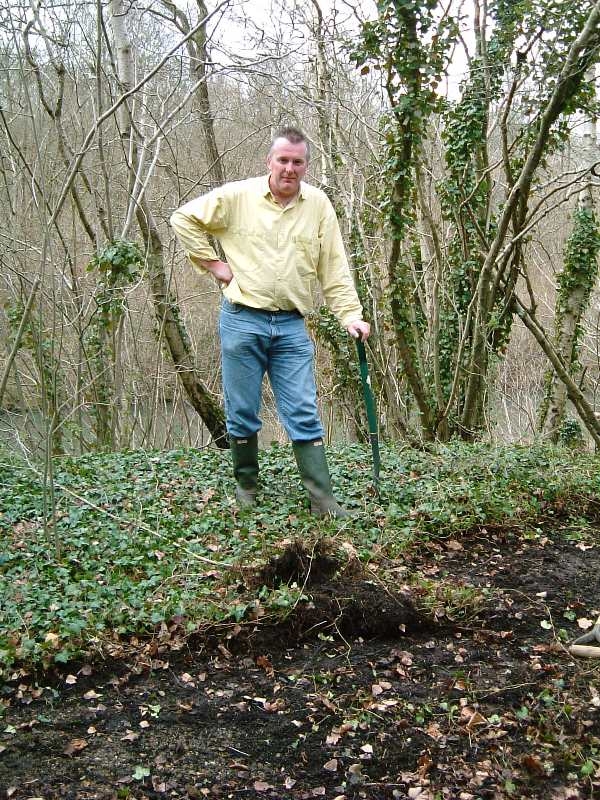 Tim starting clearing roof, not as easy as it looks! 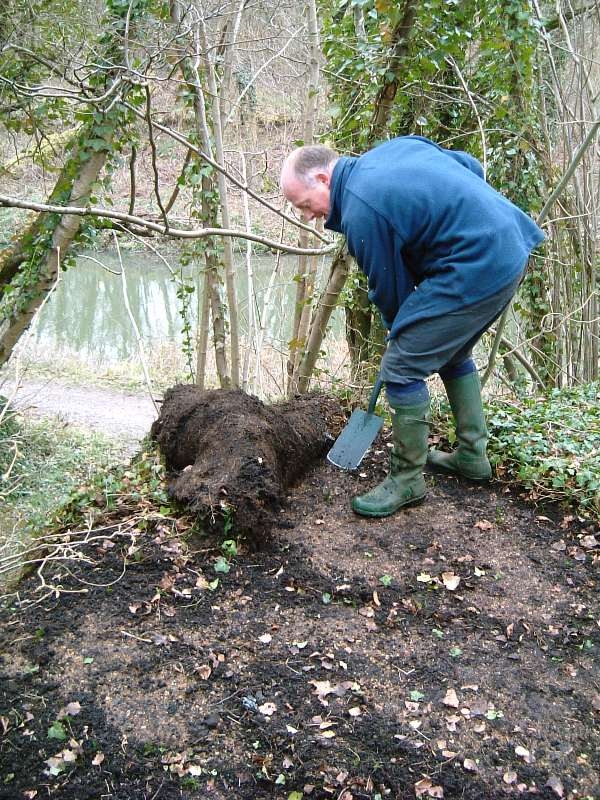 Tim rolling the carpet of ivy and leaf mould off to expose the gravel finished roof surface.

The pillbox was covered in ivy and small trees that had taken root in the leaf mould covered roof, this had also covered the chamfered roofline, loopholes and outer walls.Removing the vegetation was time consuming and tiring, much of the roof blanket covering was removed in large section as if rolling up a rug or carpet, the outer walls were scrapped free of their growth and given a brush. 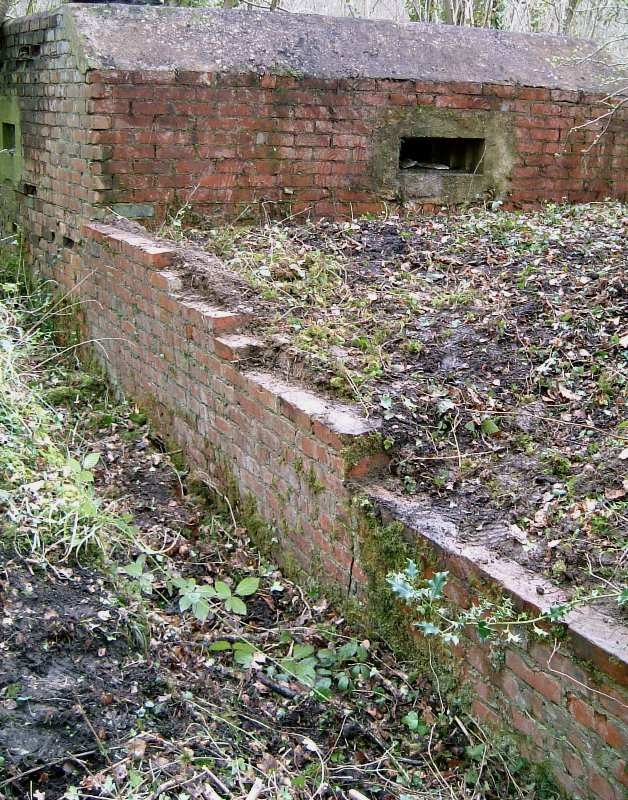 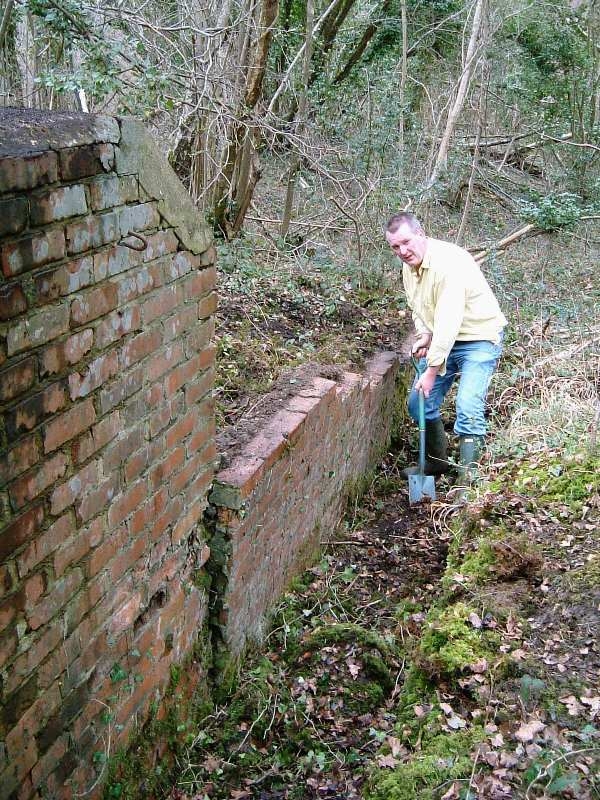 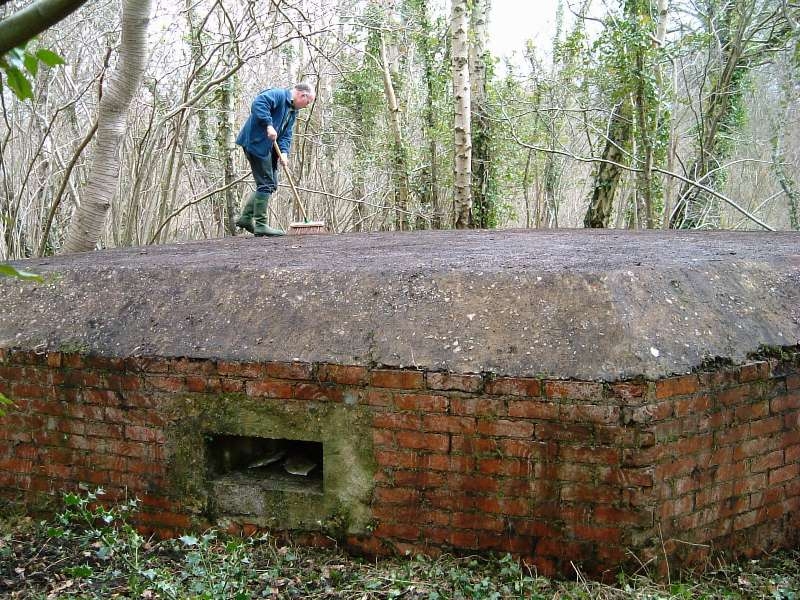 Tim Burt sweeping off the roof as a finishing touch.

After about three hours our work was more or less complete we finished off the job by brushing the roof clean, the defence is now exposed and can be studied in more detail.The shellproof walls are 51″ thick and the overall measurement across the wide rear wall is 232″, parts of remaining flame proof flaps can still be found in some of the cast embrasures.Set in the perimeter of the roof edge, and into the rear walls are numerous camouflage net retaining hooks, close examination of the ground and undergrowth surrounding the pillbox produced at least a dozen or so short metal picket pegs still set in the soil. Internally the Type 24 is in good condition and does not suffer from water ingress; two small metal drains can be seen set into the floor. A few weeks after completion rainfall washed the roof clean exposing a gravel finish, this would have helped reduce reflections from aerial view thus helping to camouflage the pillbox.