The Stanton air-raid shelter was manufactured by the Stanton Ironworks Co Ltd near Nottingham (the iron connection is in the mould pattern). They could be built in any length but usually consisted of 18 precast concrete arched-shaped units (each one in two parts), bolted together to form a standard (after 1941) Air Ministry shelter for 50 men. The entrance can be a brick-lined with concrete steps (where required) and the rear unit has an emergency escape hatch. They are often above ground or semi-sunk but for concealment purposes there is a layer of earth and turf. Alternatively, at airfields having the Oakington pillbox, they can be found as underground shelters with access from the pillbox via a tunnel (such as Bicester and Oakington). 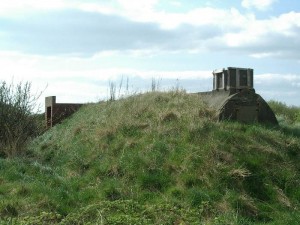 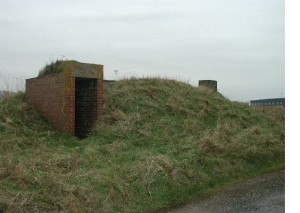 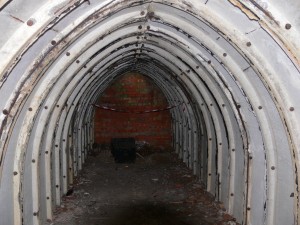