I am recalling these events from 60 years ago but can assure you that they are as accurate as possible.

The Company who did the construction work was:

This company is still in business at Norwich.

The anti-tank blocks at Winterton were erected during the spring/summer of 1941. Together with the base they weighed 13 tons each and we built two every day. We also made the metal rod reinforcement cage to fit into the shuttering. 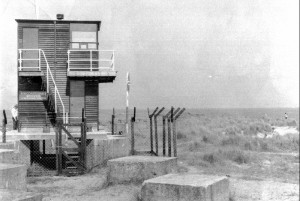 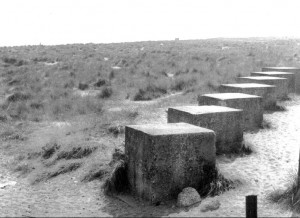 I also worked on a dummy town/airfield at Homes Farm Somerton. This was situated between Winterton and Horsey.

Fires would be lit at night when German aircraft came over to entice them to bomb them. This was a decoy for Gt Yarmouth. The fires represented the town and Horsey Mere represented Breydon Water. It was fairly successful as I can remember it being bombed on more than one occasion. As young lads we would stand in our back yards and watch Gerry drop magnesium flares by parachute and then bomb the dummy airfield/town. We were all sworn to secrecy.

Some local older Winterton men, (Mr Sidney Hewitt and a Mr Arthur George plus others) used to man the site and start the oil fires as and when they were instructed. They never talked about their secret duties; they were very quiet but brave men as they had little protection from falling bombs and they used to hide behind reinforced blast walls.

I also helped to erect the Radar Mast/Tower at Bush Road and also the sister station at Happisburgh about 15 miles north of Winterton.

Again I helped to build anti tank obstructions at the entrance to Happisburgh Church, the sea end of Beach Road Sea Palling, and anti tank blocks at Walcott Beach.

I worked on the RAF Radar Station at Hopton on Sea about five miles south of Gt Yarmouth and the last job I did before joining the Coldstream Guards in summer of 1942 was to erect lines of fir poles with wire hawsers stretched between them in fields at Gt Ormesby, Rollesby and Martham. These were supposed to stop aircraft/gliders landing in case of an invasion.

German bombers attacked Winterton on more than one occasion when they attacked the heavy Naval Royal Artillery Battery built between the Hill House (now Hotel Hermanus) and the Radar Station. They were about half a mile apart.

In the spring on 1943 the Germans made a day light air raid on Winterton doing a considerable amount of damage to the centre of the village.

Two women were killed, Mrs Kate Brown and Mrs Edna Hodds anti a Mrs Goffin was blinded. Over thirty, houses were destroyed and many others had roofs, tiles, windows and ceilings badly damaged.

I was stationed at the Guards Depot at Pirbright at the time and read of the raid in the newspaper as follows “Somewhere on the East Coast”. They published the names of the two women killed and I immediately realised that it was Winterton. I reported this to my Sergeant and later that morning received a telegram from my mother stating that they were safe but our home was damaged. I was given four days compassionate leave to try to help at home, on the second day I was at home Gerry made another day light raid and machine gunned some men working in a field about half a mile from the Radar Station. One of these was a brother in law of mine, George Brooks. I immediately jumped on to my bicycle and found one of the men, Mr Rolland Edmunds had some bullet wounds in his thigh. I rendered first aid and applied my emergency first aid dressing, which soldiers always carried in a small pocket on the right side of their battle dress trousers.

When I arrived back to camp I reported the missing first aid dressing and had to go before my C.O. to explain the loss. I do not know if I convinced him if I was telling the truth as I had some pay stopped to pay for the dressing.

Two months later I found myself in Algeria and Tunisia.

All the people I have mentioned are now dead with the exception of two members of the Home Guard. They are Mr Claude Hodds, who still lives at Winterton and Mr Edward Bush who is well into his nineties and lives in Norwich.

There were also a Royal Observer Corps by the Coast Guard lookout and some of the men who manned that were Ivan King, Jim Woodhouse, John George from Ainterton and William Bealcs from Somerton.

There was also a Coast Guard Station at Winterton and the officer in charge was Mr Sam Halfnight and his Auxiliary members were made up of old fishermen of the village.

The World War One RAF Station hanger from which Fit: Lt Cadbury (of Cadburys chocolate) flew and shot down a Zeppelin is still standing on the South Denes at Gt Yarmouth, not far from the Harbour Mouth. Sadly it is in a very dilapidated condition. 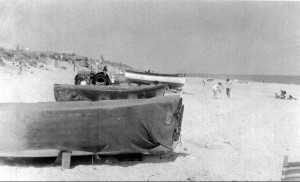 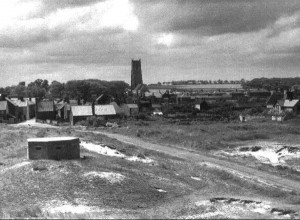 Winterton On Sea, Norfolk Circa 1940s. WWII Pillbox On South Side Of The Road To The Beach. 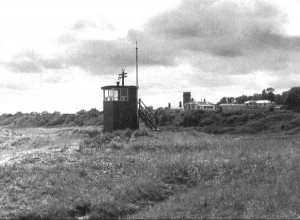 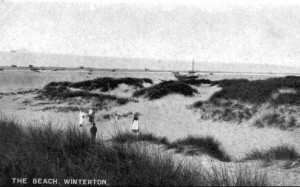 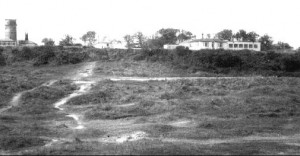 Winterton Circa 1920s. Naval Guns Were Installed Between Hill House & The Lighthouse During WWII 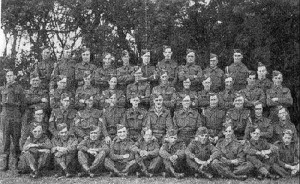 John Green MBE has had an extremely fascinating life. To find out more about his adventures Click Here and search for John Green MBE