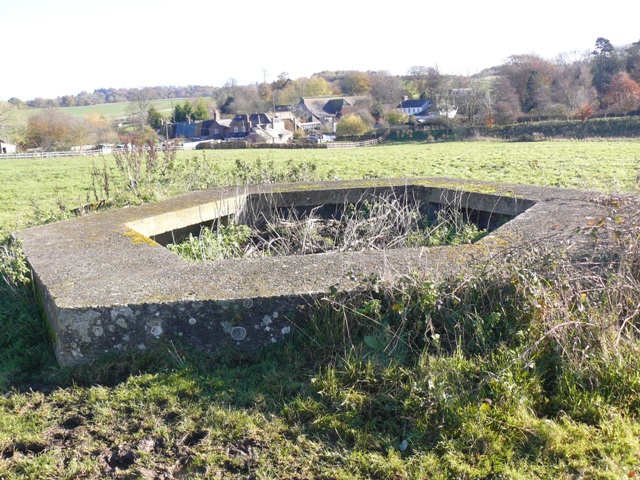 The hexagonal Anti-tank gun emplacement or gun pit as it can also be called  is one of the more rarely found defences, Working in conjunction with pillboxes as well as trenches and roadblocks they were primarily positioned to cover points of strategic importance such as  road, railway, canal and river bridges and also at important road  junctions. Surviving examples can be found on GHQ Line Blue along the route of the Kennet and Avon Canal in Berkshire and Wiltshire. A 6 pounder gun pit is positioned beside the London to Bristol railway on Gatehampton Bridge over the Thames in Oxfordshire; two more of these defences can be found defending bridges near the Thames at Shillingford and also at Moulsford in Oxfordshire. 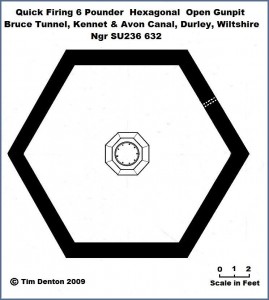 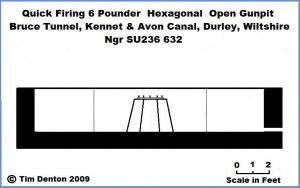 A simple design based on the plan of type 22 pillboxes the emplacement is usually built with shallow concrete shuttered walls that measure a foot thick; to ensure the base does not become flooded two small drain holes can be found either side at the base of the wall.

A central metal mount encased in concrete and is usually formed in an octagonal shape, this sits just below the level of the outer walls, the top of the pedestal has nine 1 ½”  threaded studs to secure the flange of the Hotchkiss Quick Firing 6 Pounder anti tank gun mount.

Most 6 Pounder emplacements  have concrete covered lockers around its perimeter to hold the ordnance, this increases its overall size and plan view appears thick walled, an example without this provision can be found near Durley in Wiltshire covering the railway and Kennet and Avon Canal tunnel.

The main advantage of an open emplacement is its excellent all round capability, ease of crew operation enabling quick and easy all round traverse of the anti tank gun and with un restricted views. 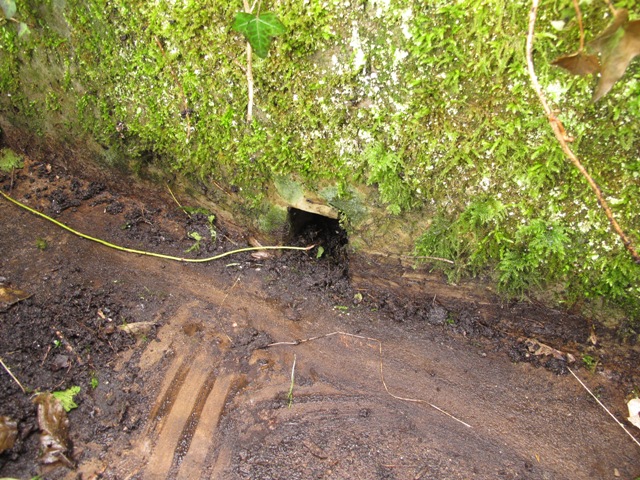 Small drain hole in base of inner wall. 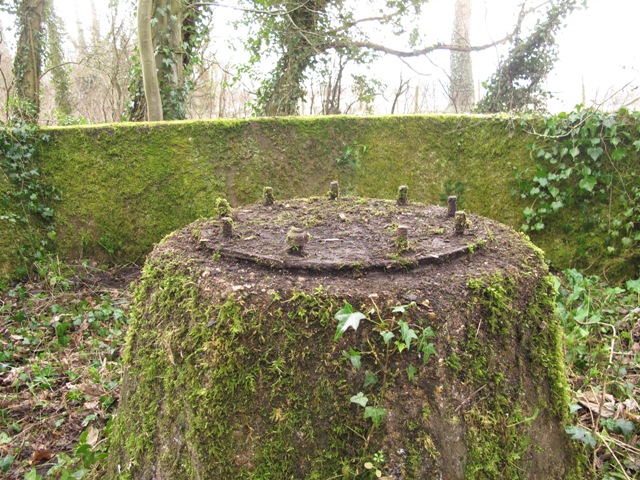 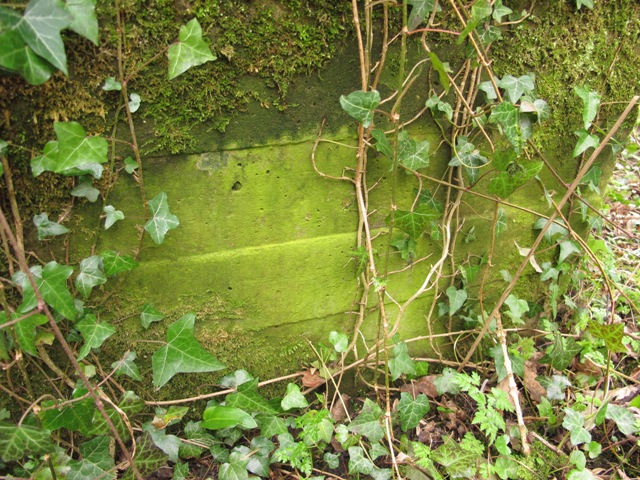 Outer wall showing how wood shuttering was employed in its construction.

Concealment from both aerial as well as ground view would have essential, an arrangement of hop poles on which garnished or shrimp camouflage netting would have been stretched across would probably been employed at some positions while others may have had forms of natural camouflage such as using branches, bushes and brush wood to disguise the appearance. 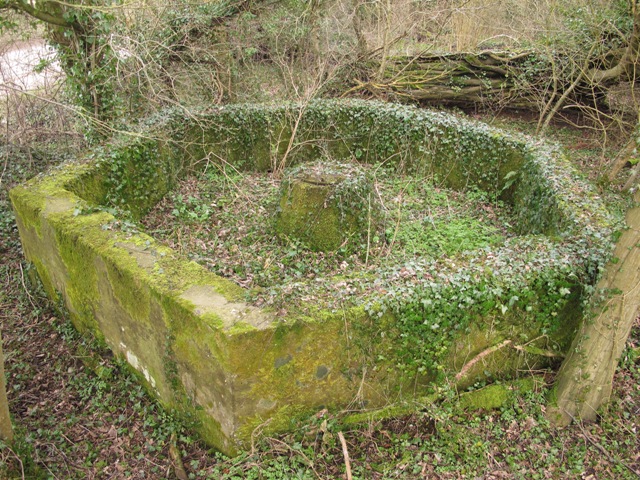 A complete and excellent surviving emplacement near Durley in Wiltshire.

The shallow walled gun emplacements would have been vulnerable to small arms and machine gun fire so additional protection may have been provided by sandbags arranged around and on top of the concrete walls. 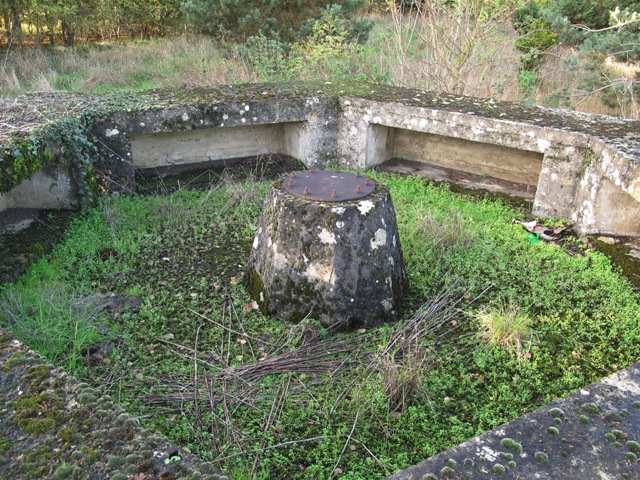 Thanks to AGK for the heading photo.