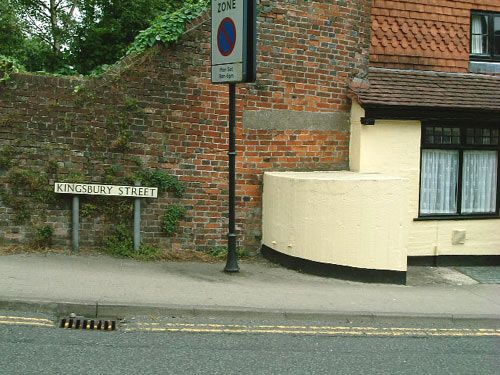 Most people walking down Kingsbury Street in Marlborough wouldn’t give it a second glance but this mini pillbox is unique and very unusual. First appearing In Henry Wills “Pillboxes” in 1985 the mini defence appears to have been built over a bricked up doorway leading to a garden or yard, the support lintel is still visible above the pillbox, the mini fort is dug in but most probably had access from behind the wall. 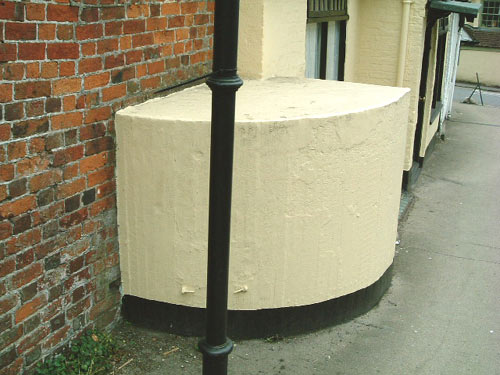 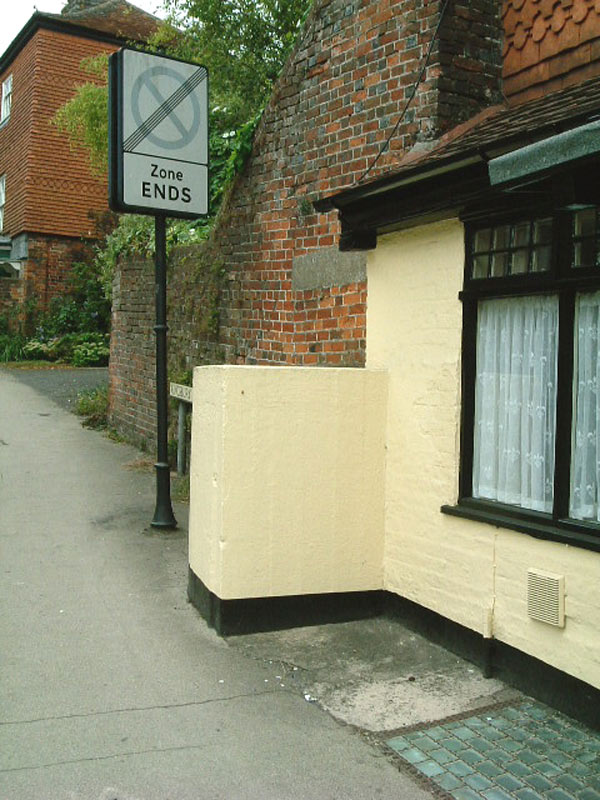 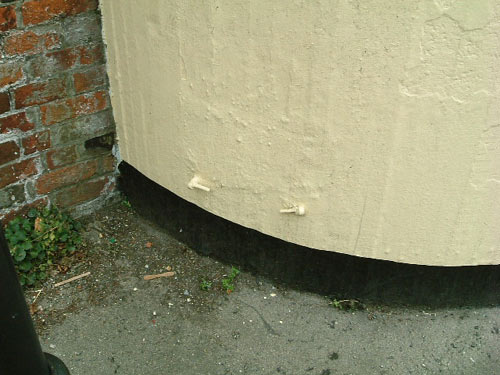 The one and only loophole faces North West and would have fired up the street, its position on the sloping pavement is about 100 yards from the village centre and the main A4 road. 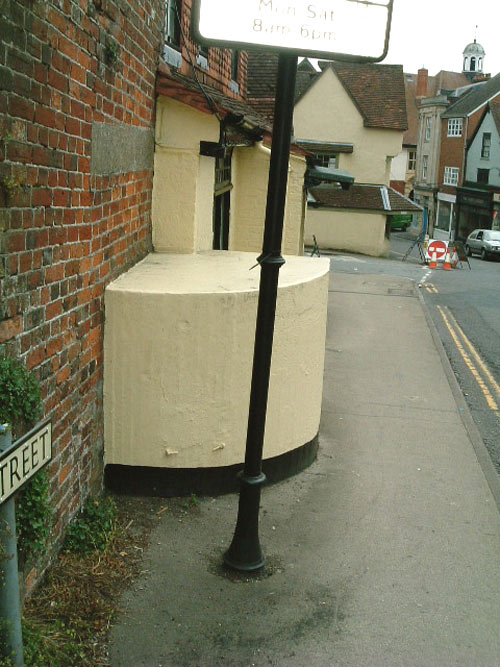 View down Kingsbury Street, 100 yards away it meets the A4.

In recent years it has had its loophole sealed over but the flameproof flap pivots are still in place, it has also had its colour scheme changed from blue to beige.