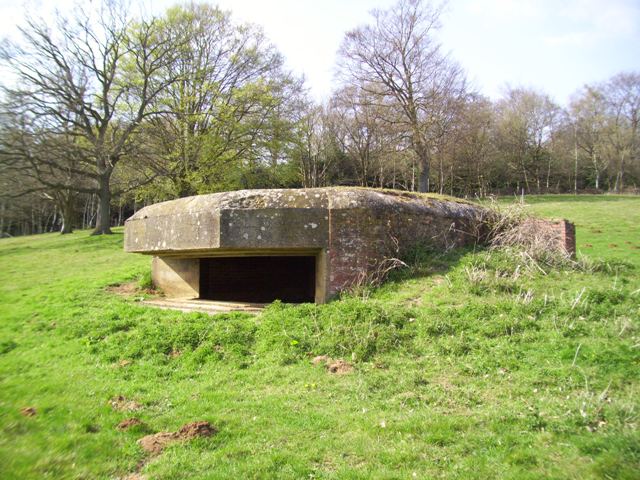 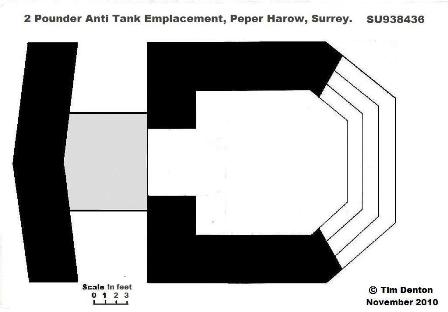 This design of anti tank emplacement is unique and can only be found on GHQ Line B between Elstead and west of the A3 at Peper Harow in Surrey, each defence covers wide open fields as well as important road bridges across the River Wey.

Looking closely the defence is modelled on the field gun emplacements or modified Type 28 pillbox but was purpose built to operate the QF 2 pounder anti tank gun, recesses can be found in the forward floor and below the embrasure in which held the guns front leg spades. 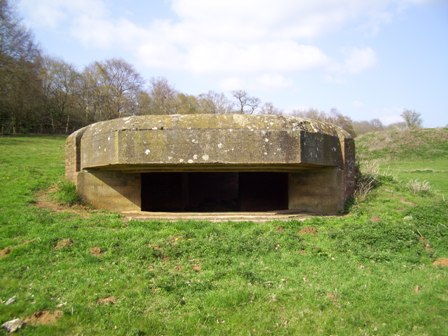 Wide embrasure giving the 2 Pounder gun a 90 degree plus traverse. 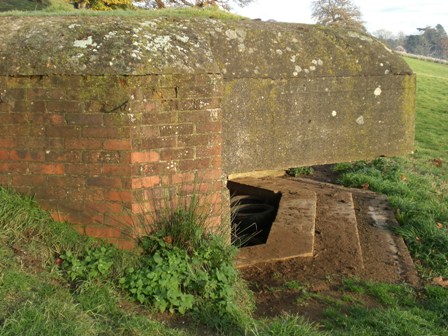 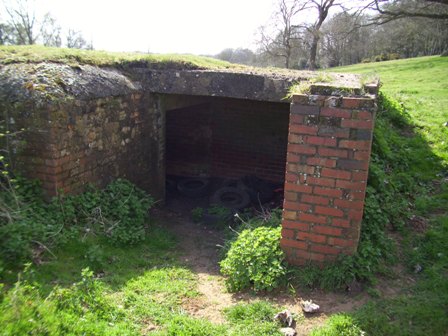 Rear entrance accesible one side only with protective porch and rear blastwall. 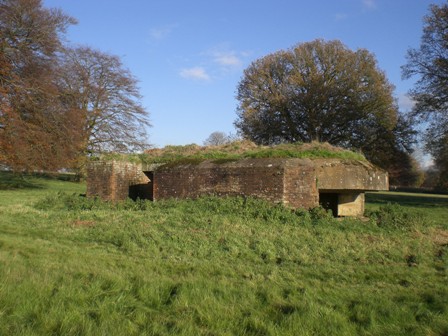 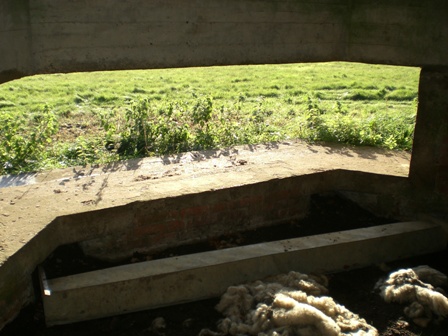 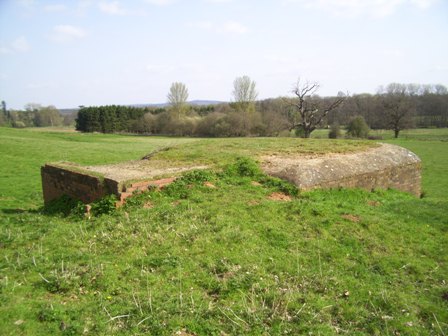 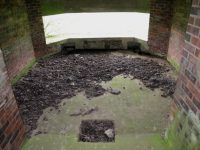 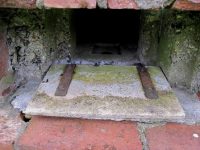 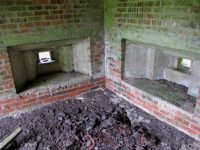 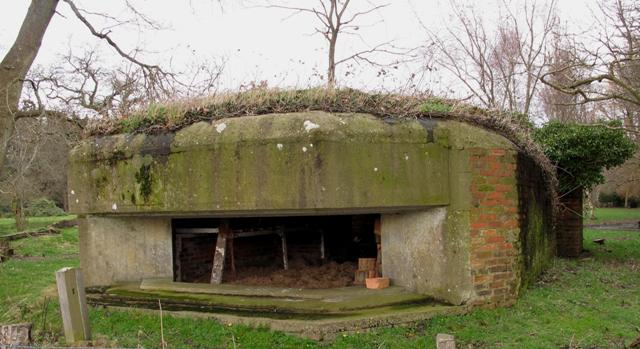 The front embrasure is completely different to that of the standard type 28 design as it protrudes and curves around, this gives the gun a much better traverse of around 90 degrees,there is no provision for additional weapon positions but each 2 pounder emplacement location is strengthened defensively by an infantry  Type 22 or shellproof Type 24 pillbox positioned [depending on location] between 10 and 150 yards away. 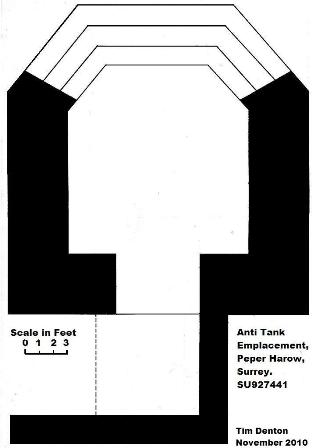 The overhanging front of the emplacement was made in concrete giving it a smooth curved finish, this allowed better protection and deflection of enemy fire. all of the walls are shell proof and are built to a thickness of  51 inches. There are several variations of design, the difference being the rear entrance blast wall protection, one example has a wrap around entrance with the doorway covered by a porch where the other examples have a massive but very shallow V shaped central blast wall allowing entry exit on either side, others have L shaped rear wall with loophole protection. All of the large defences are camouflaged with grassed roofs and additional cam net hooks are set into the rear blast wall and sides. Overall the gun emplacement is of smaller dimensions than the field gun emplacements found locally on Line B. 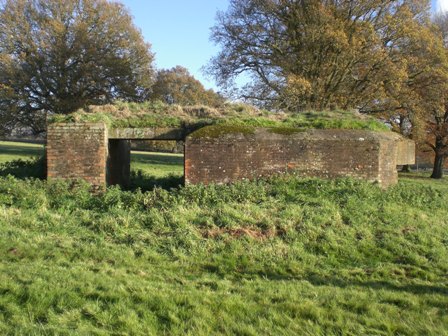 One example of this attractive design is dug into the hillside at Peper Harow giving the emplacement a very low profile blending well into the sloping field. At least three of this design were camouflaged as buildings with pitched tin roofs. Only six of this type are known to exist and all are on private land, two can be seen from a public footpath at Polshot Manor in Elstead, the other two are on the private estate of Peper Harow and permission must be sought to view before visiting.

Photos,text and diagrams by Tim Denton 2013