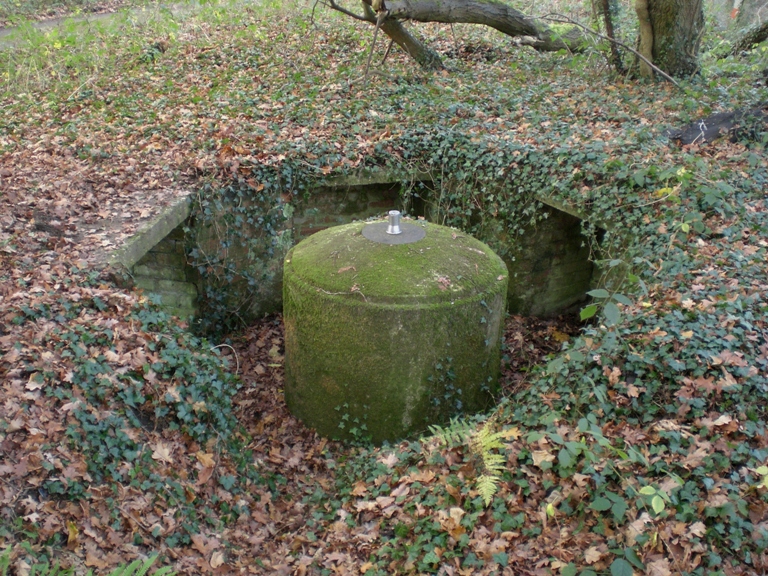 As we found the Spigot Mortar base that morning.

This project had taken several years to come to fruition but during the last 12 months, after many letters, phone calls and a site meeting permission was granted by Natural England and the Hampshire and IOW Trust who manage the land for the County Council.

Following our agreement and plan observing necessary procedures we set a date for the end of December 2011. Along with Mike Hopton we both spent a good four hours removing built up soil and leaf mould, ivy and moss, not forgetting much glass, plastic and old newspapers, all of the rubbish including the contaminated soil and leaf mould was bagged up in thick dustbin liners and disposed for recycling at the nearby tip. 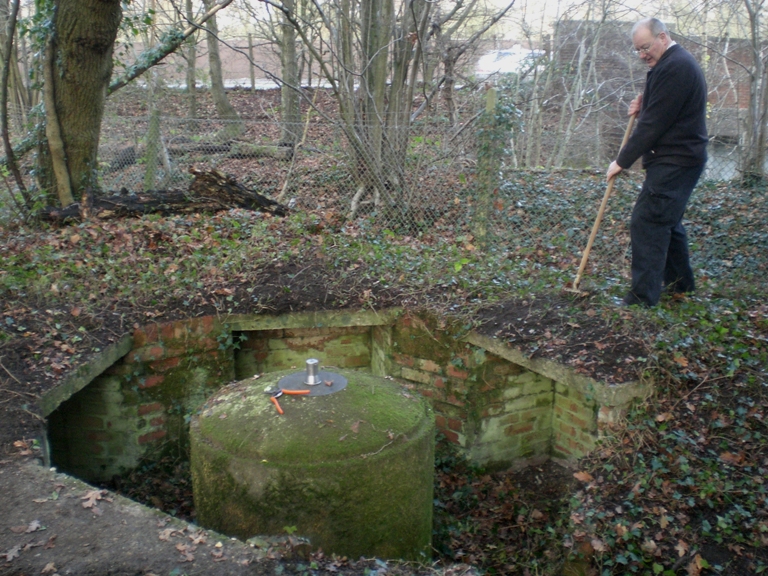 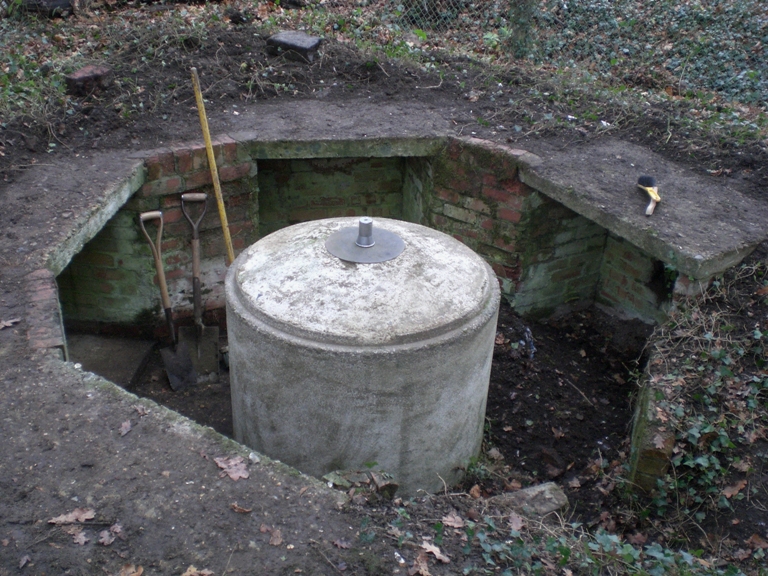 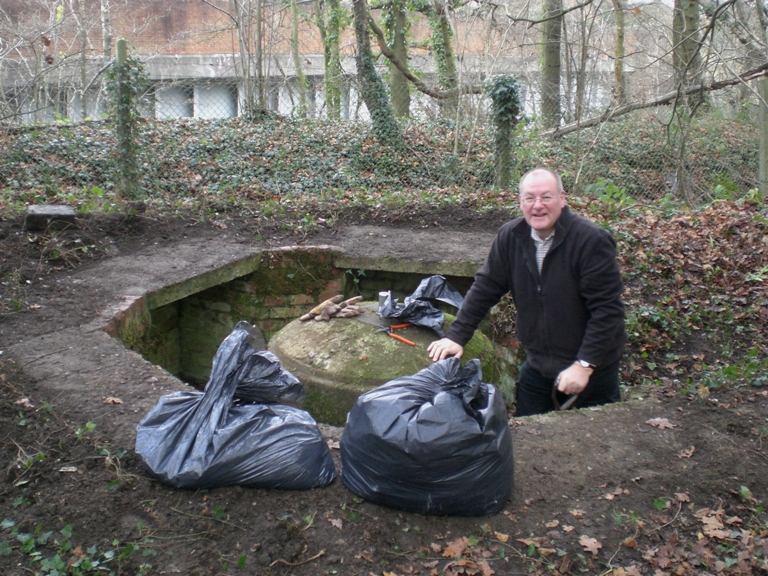 The inside was swept clean including the four bomb lockers, each of these is covered by a concrete slab, the central mortar base which is a concrete sewer pipe appears to have be positioned on three bricks for stability during construction.

The central stainless pintle and base is in good condition and only needed a stiff brush to clean up thoroughly, at a first glance it appears fairly easy to carry out this project but in practice it is hard work and doing the job properly produced the finished result. 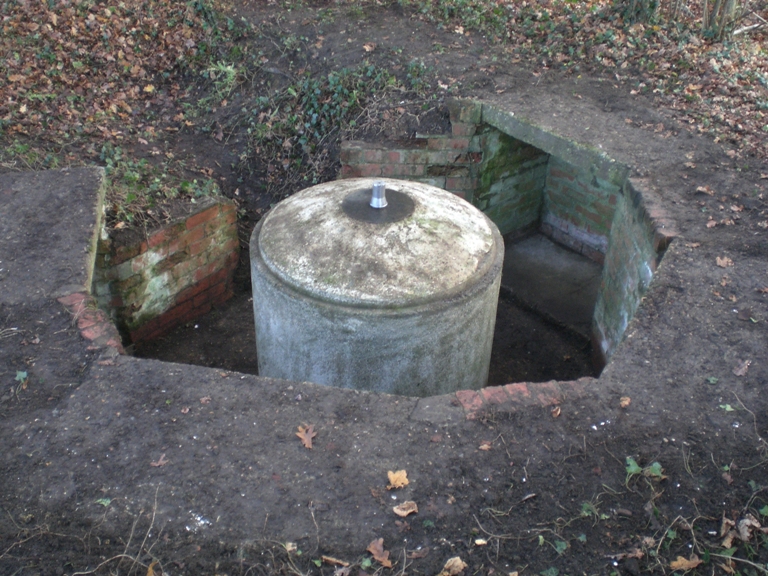 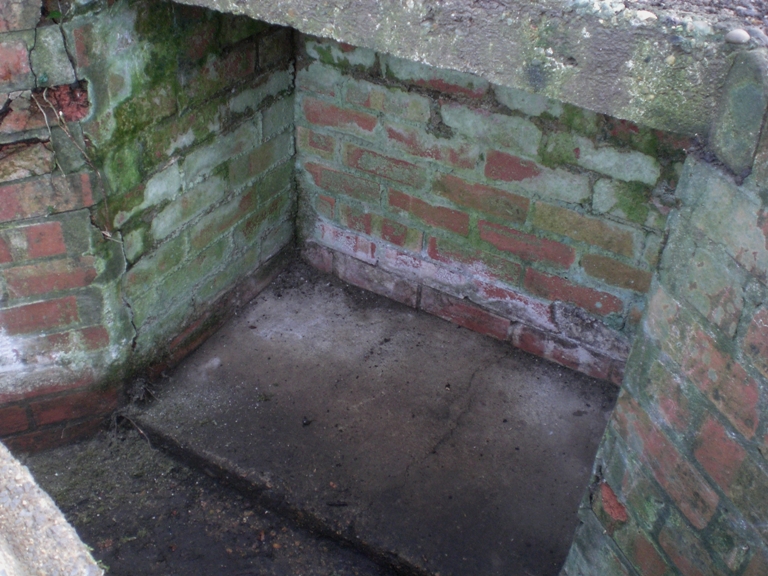 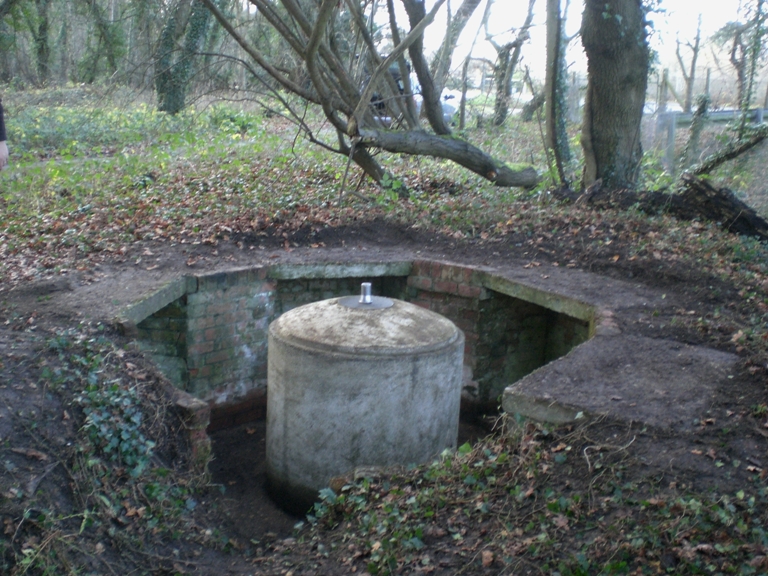 The pictures show it is now probably the one of the most original and unspoilt Spigot Mortar bases in Hampshire, the trench leading from the base is still visible despite having been filled in many years ago; the brickwork at the beginning of this is also still intact. 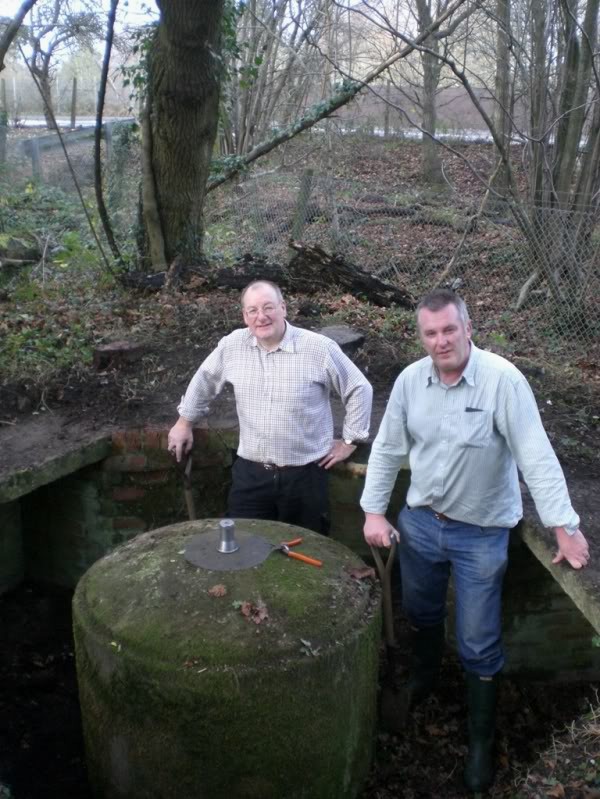 Mike and Tim pose for the record

While working on site at Hook we were visited by several interested people including a woman whose father was in the local Home Guard and knew about the bases’ purpose. 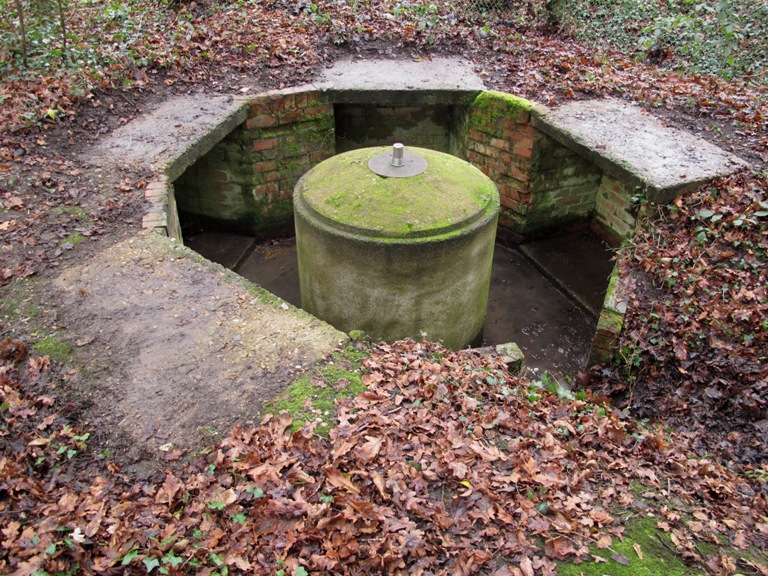 January 2013 one year on and still looking good.

In due course it is hoped that an information board will be erected on site giving details of the base and it’s history, since the project a further two intact bases have been found, each unrecorded by the DOB and within Aldershot Command and North Hampshire.

Thanks go to Mike Morton [Hampshire & Isle of Wight Wildlife Trust] and Cressida Wheelwright [Natural England] as well as Philip Riley [Chairman Basingstoke Canal Society] and Mike Hopton [PSG]  all of whose help, guidance and permission made the project possible.