From the Manual OF Field Engineering Vol. 1 (All Arms) 1933 comes a description of how and when to build the type of emplacement described here.

1. General.—In mobile warfare there will seldom be time or material for elaborate emplacements, and guns will have to rely for protection purely on concealment and on hasty emplacements. The type of the emplacements will depend upon the time, labour and tools available, the siting and the nature of the soil. In constructing obstacles it is necessary to consider the arcs of fire and fixed lines of machine guns.
The constructor of concrete emplacements is the responsibility of the engineers. The emplacements will as soon as possible be connected by trenches to the section commander who occupies a suitable position from which he can control both guns.
The gun must have a firm and steady base for the feet of its tripod and it must be able to fire over the whole arc required. Machine-gun emplacements must give bullet-proof protection from every direction from which fire may be expected.
The minimum dimensions of an emplacement for a gun mounted in the normal position are shown in Plate 17. The front to rear dimensions may be reduced by mounting the gun in the highest position (see Plate 18) and embedding the front legs in the parapet.
2. Hasty emplacements.—
i. A type of emplacement which can be easily and quickly made is shown in Plates 18 and 19.
Subject to obtaining the requisite command, the tripod leg should be cut well into the bank or parapet so that overhead cover, if added, will not break the continuity of the bank or parapet, thus giving an appearance as identical as possible with a rifle trench, when viewed from the air.
The platform should be revetted as early as possible. When the ground is soft or unsuitable, a ” T ” base should be placed in position on the platform.
ii. Hasty emplacements made in shell holes should be as simple as possible in order to facilitate concealment.
Plate 19 shows a type of this form of emplacement. Drainage in this case is best effected by carrying water off to a deeper shell hole, but the drain must be concealed.
3. Development of hasty emplacements.—
i. When time permits a hasty emplacement may be developed as shown on Plate 20 for open ground, or as Plate 19, when constructed behind banks or in shell holes. 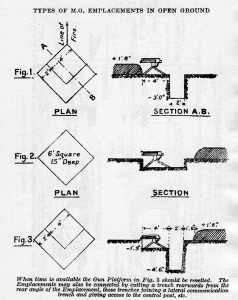 Cover for the personnel not actually serving the gun should be provided in the form of shell slits (Plate 30).
The development of two machine-gun emplacements into a machine-gun post is shown in Plate 21.
ii. When further time is available, and subject to concealment from ground observers, a light roof can be built over the emplacement to give cover from weather.
The roof should, if possible, consist of two sheets of corrugated iron or boarding, supported on 3-in. by 3-in. rafters, about 7 ft. long, resting on light poles, 4-in. by 4-in. scantling about 4 ft. long.
Only enough earth should be thrown on the roof to hide it. If more than a few inches of earth are used, the emplacement will collapse when a shell bursts near it, the occupants will be buried and the gun put out of action,
iii. The inside of the emplacement should be revetted (Chapter XI) and an opening left for the gun to fire through. 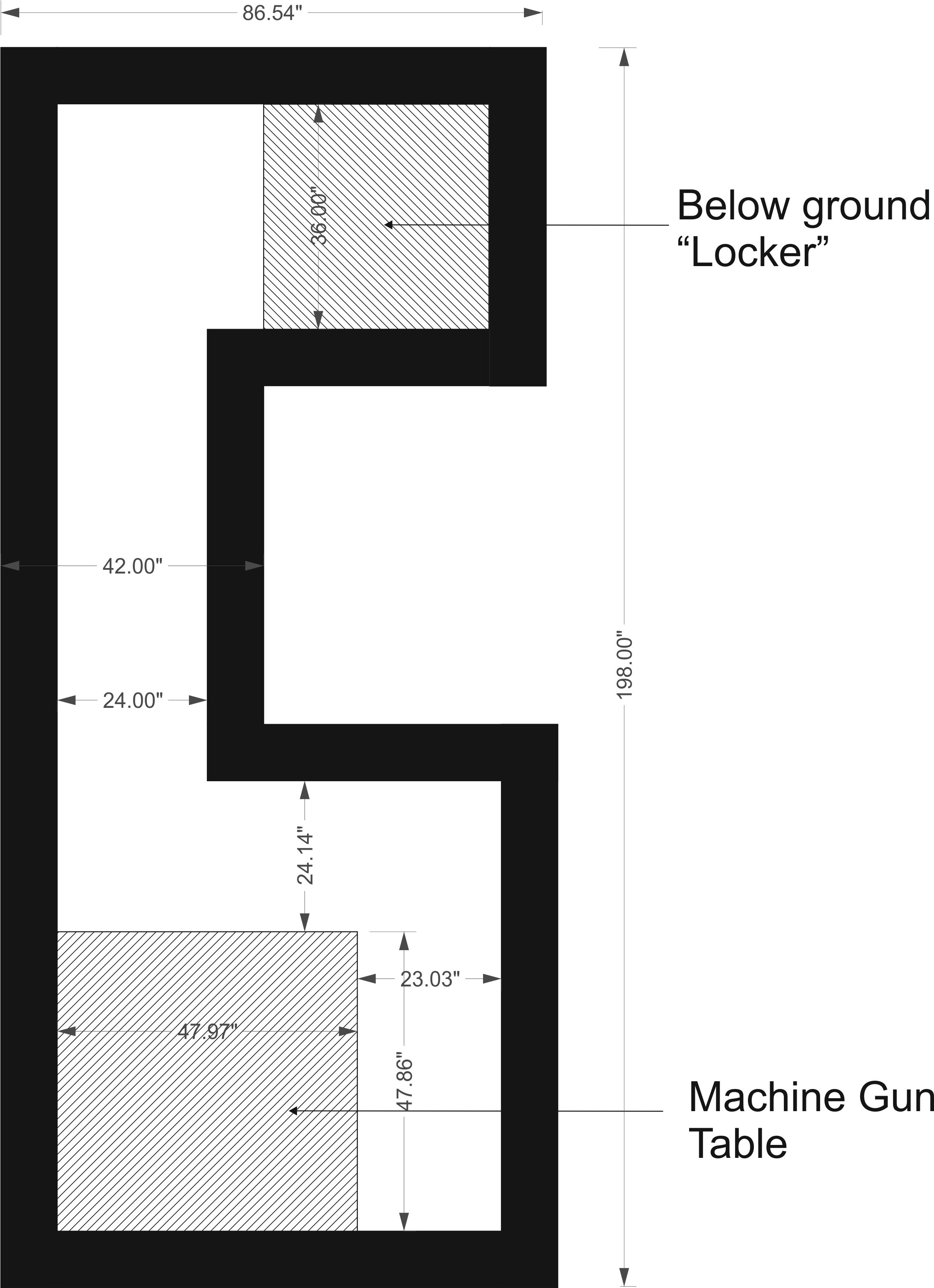 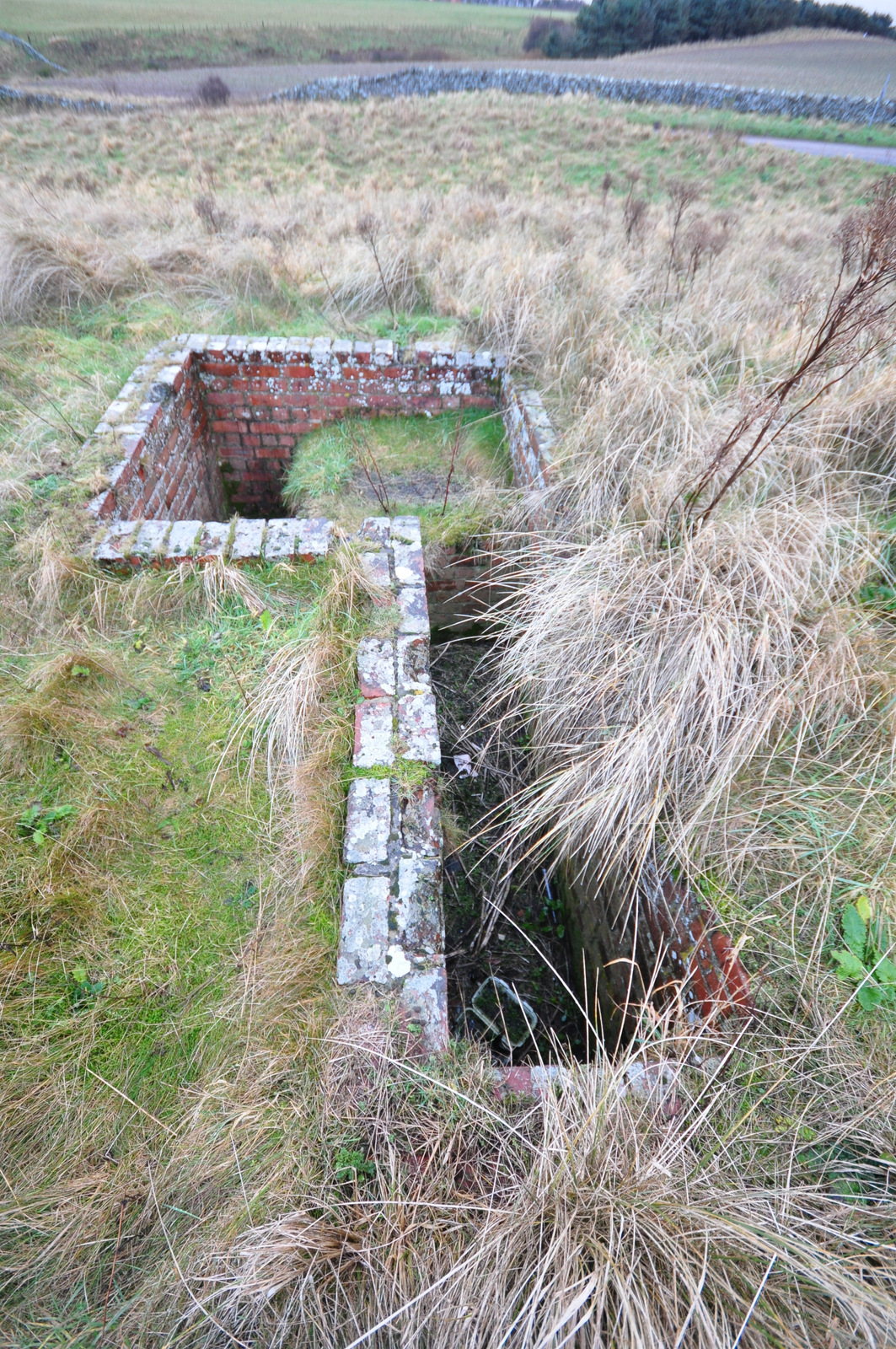 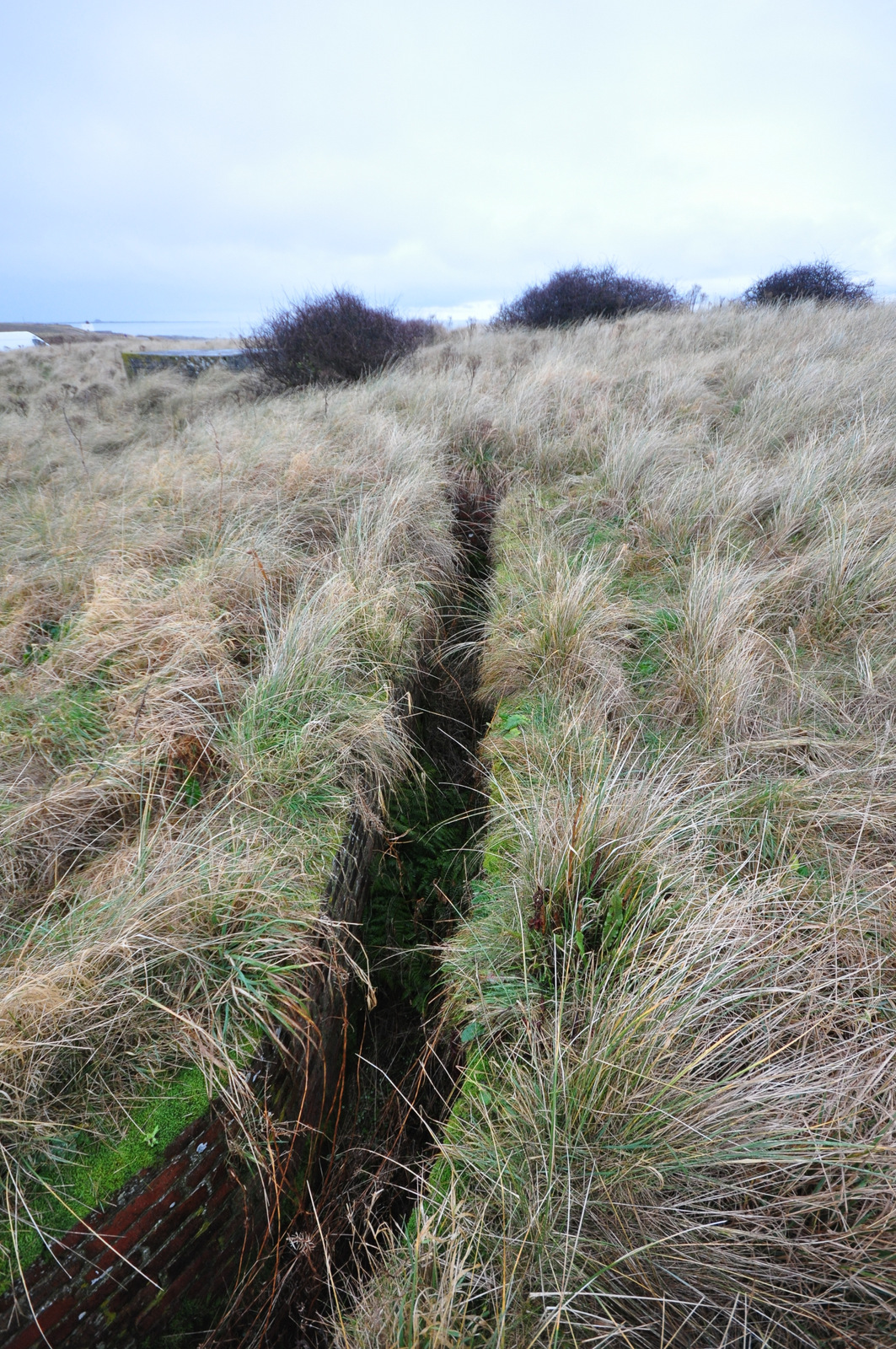