Early in January 2008 I completed a relatively easy task exposing a fine collection of dragons teeth that had become virtually hidden by many years of undergrowth. 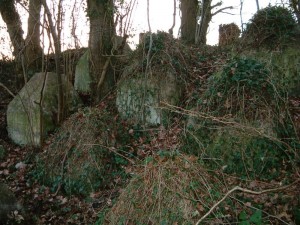 Set on the sloping south bank of the Basingstoke Canal at Crookham in Hampshire, they once formed part of the aldershot west defence line. 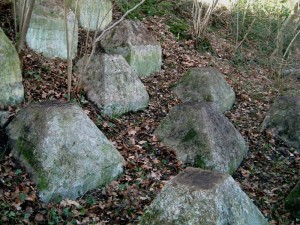 This defence line ran north from the strong-point of nearby Hancock’s farm. 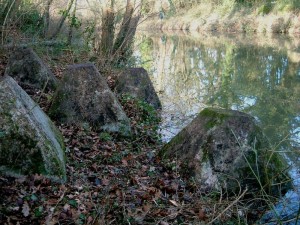 The west switch line served as an off shoot of the main GHQ line to protect the western flank of Aldershot, Crookham and Farnborough. 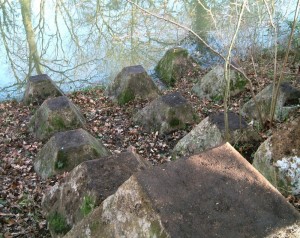 Fourteen dragons  teeth run from the top of the steep bank to the water edge, set in three rows they sit in a staggered arrangement. 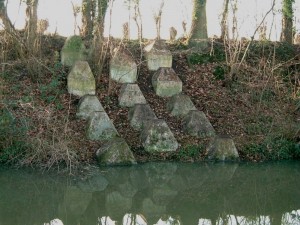 All are in excellent condition and removing the ivy and bramble growth was a fairly easy task. 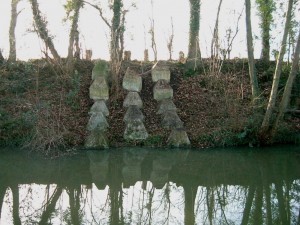 Looking at the “Defence of Britain database” the information regarding these has been recorded incorrectly. Two reports state that between eight, and twelve teeth or “pimples” being extant! 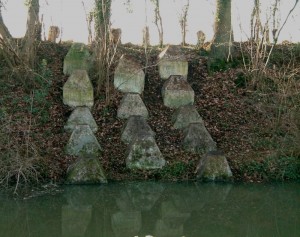 In the winter months surviving obstacle posts can still be seen along the top edge of this bank. These rare survivors are still inset into their original concrete retaining bases. 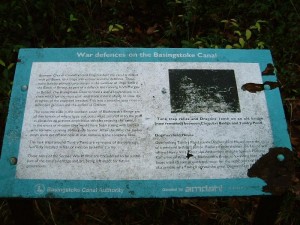 On the north side of the canal further dragons teeth and post sockets can also be seen along with an information board giving details of the defences along the canal.